Call it the Olympics for Canada's professional baristas, wherein espresso (rather than "methasterone") is the drug of choice. Competitors will battle it out September 9 and 10 at the International Centre in Toronto for the title of the country's best barista, fighting to achieve top coffee glory and the chance to compete on an international stage.

Sameer Mohamed and Brad Bauder from Fahrenheit Coffee are just two of the competitors gunning for the top prize â Sameer as a competition veteran, and Brad, a Nationals newb. They will be battling against Georgia Henry of Dark Horse, Geoff Woodly of Detour Roasters, and other primo baristas from across Canada this weekend. But it was Sameer and Mohamed who let us in to get a glimpse of just how they prepare for the national espresso event. 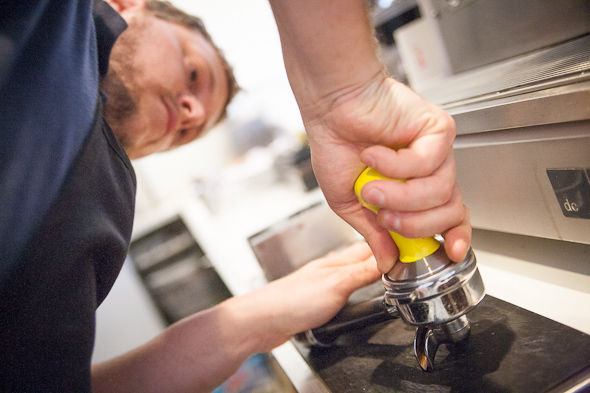 I arrived after 6 p.m. and Sameer had closed up shop for the night. Brad was preparing for a run-through, and he needed the run of the space. "You're judged on two components," Sameer says, "sensory and technique."

"If there's a little dribble of milk on the side of your milk container when you're making a cappuccino, you're going to lose marks." 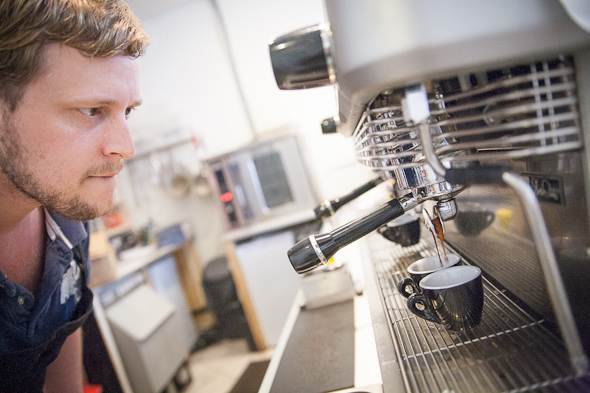 Each competitor has 15 minutes to create four espressos, four cappuccinos, and four signature drinks (one for each of the judges) during the competition. Sameer explains that it is just as important to describe your coffee as it is to craft it properly.

And I realize that as I sit down to play "judge" for Brad's run-through. He sets up a judges table using Fahrenheit's tasting bar, and assembles all of the materials he will need for his performance. And it really is a performance. Sameer flicks his timer on as music from Nino Rota's "Amaracord" wafts through the cafe's speakers. 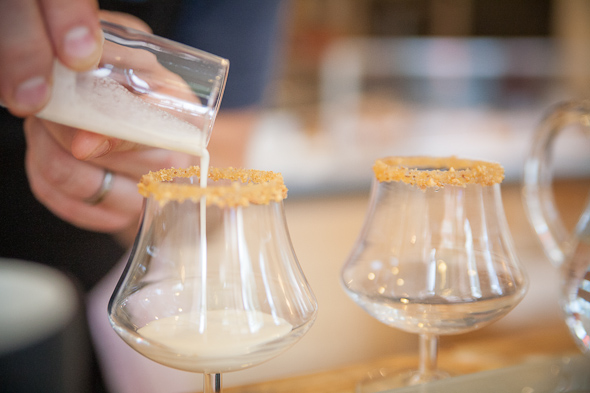 "Hello," Brad says beginning a gentle, polished cadence. "My name is Brad Bauder, and I want to start by telling you a bit about myself."

Brad continues his monologue, stating that he worked for a "commercial coffee chain" for five years before venturing in a new direction. He is calm and collected, carefully reciting his memorized verse, while I frantically look at the clock thinking, "He's eating up all of the espresso-making time!!" 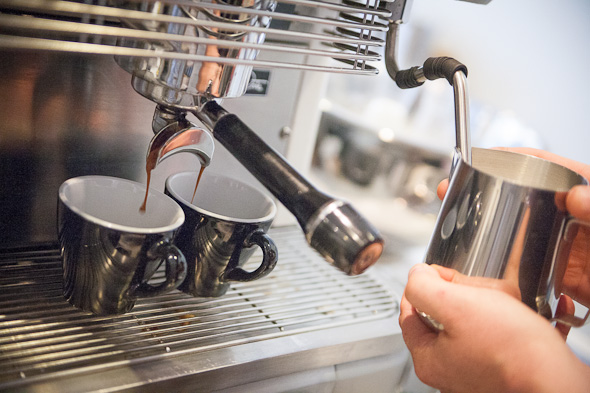 No matter; Brad soon gets to it, excusing himself to the "judges" as he disappears behind the espresso machine to craft four espressos from his single-original Brazil selection. As he presents the espresso, he notes its aroma and what to look for in the first, second, and third sip. Next comes the cappuccinos (later admitted by Brad to be his weakest drink), followed by the signature concoction â undoubtedly, my favourite. 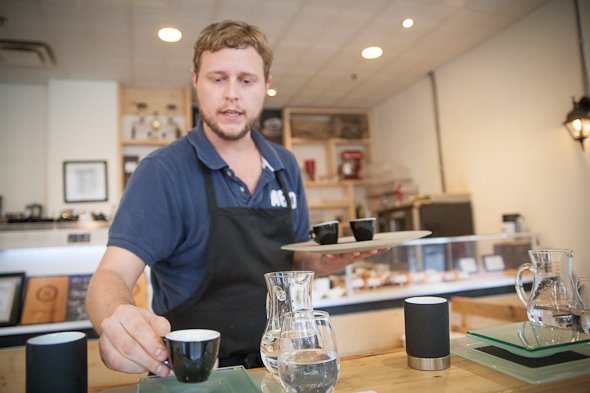 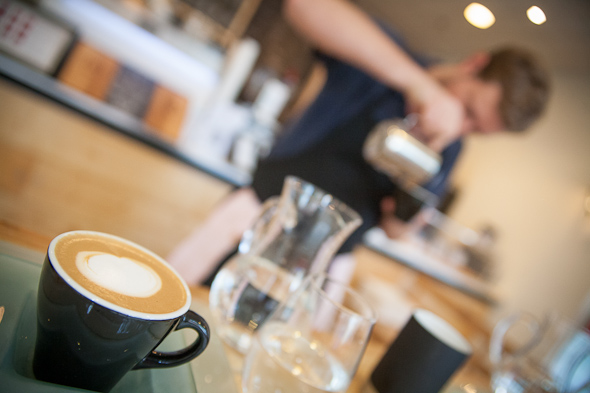 After the run-though, it's time to debrief. Sameer (who will do his run-through the following day), assigns points for each component, noting that Brad poured one of his cappuccinos a little short and that one of the campanas had a slight drip down the side. They discuss the espresso crema colour, aroma, and details to add to Brad's monologue, with Brad coming the conclusion that he basically needs to "pump out cap after cap" until competition time. It's not quite Michael Phelps prepping for the 200-metre butterfly, but it will come with quite the buzz.