Hidden Bench is a relative newcomer to the Ontario wine scene, but its quality-driven wines have built a cult following since first being bottled in 2005. Located in the Beamsville Bench appellation about an hour southwest of Toronto, this is one of the most exciting wineries in a sub-region that's already known to produce some of the finest local wines around.

Owner and vigneron Harald Thiel takes the concept of terroir very seriously, and it shows in the products the winery produces. Planted predominantly with Pinot Noir, Chardonnay and Riesling — varietals well-suited to the limestone rich soil and cool climate enjoyed along the Bench — Hidden Bench is a must-vist destination for those trying to get a sense of just how good Ontario wine can be.

As the air cools and the ripened grapes are picked, September is probably the best time of the year to get out and explore the Ontario wine route, so throughout the week I'll be profiling some noteworthy wineries within a short drive of Toronto. 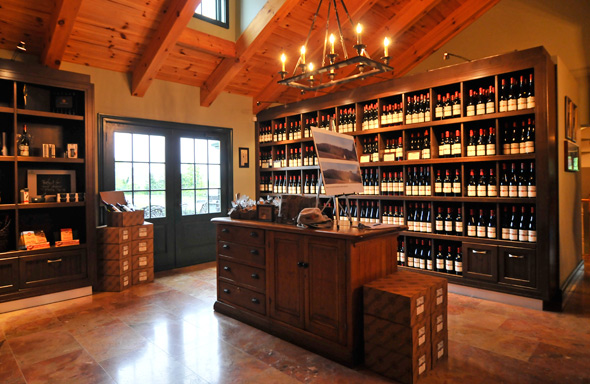 Hidden Bench is tucked away on Locust Lane south of properties like Thirty Bench and Fielding Estate. While lacking the wow-factor of a place like Stratus, there's obvious charm to found in the pine-dominated tasting room and retail boutique. The lack of pomp here just underscores that the focus is on the wine and not corporate schmoozing. And if you're lucky enough to get a tour of the winery itself, you'll see where Thiel's priorities lie. The 6000 foot facility is impeccably kept — necessary when you're using natural yeasts to kickstart the fermentation process — and features an impressive array of winemaking equipment. 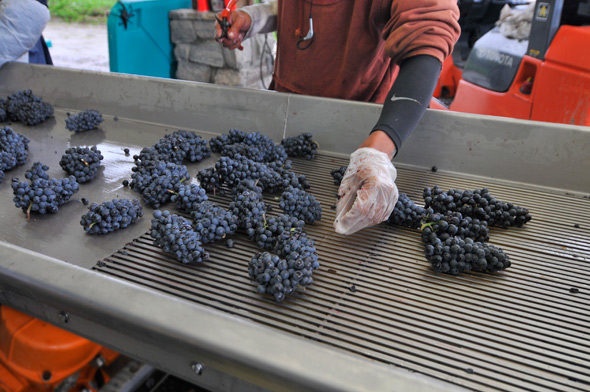 Flights of three estate-series wines are $10, while $15 gets you a sample of three premium terroir-series wines. Although there's absolutely nothing wrong with the estate-branded wines, it's the single vineyard offerings that are most interesting here, so forking over the extra five bucks is worth it. When you can identify the subtle differences between the same varietal grown in neighbouring vineyards in a side by side tasting, you're on your way to understanding the importance of terroir and the type of winemaking that goes on here.

It's also not uncommon to see Thiel behind the tasting counter at Hidden Bench, which is a good thing. One of the more passionate and well-spoken winemakers in the region, sampling wines in his company is always a learning experience and drives home why buying direct has its rewards. 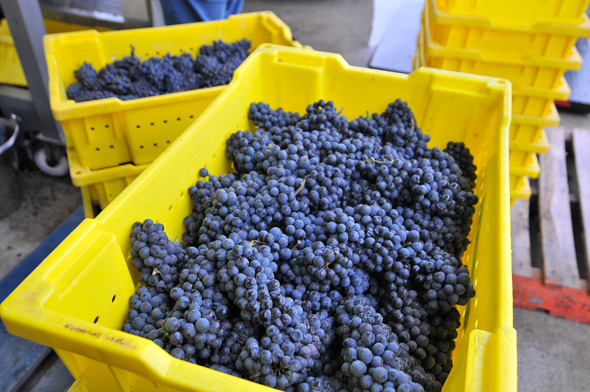 Here's the good news. I'm not going to bore you with tasting notes. Although I've spent my fair share of time playing around with a Le Nez du Vin smell-kit, this isn't Wine Spectator. What I will say is that Hidden Bench consistently turns out top quality wines that are well balanced, elegant and demonstrative of the region from which they derive.

"I want our wines to be something that we can be proud to serve to visitors from abroad," explains Thiel on my last visit. "I'm a believer in the Beamsville Bench and the idea that we can produce premium wines here." So far he's making good on this belief. 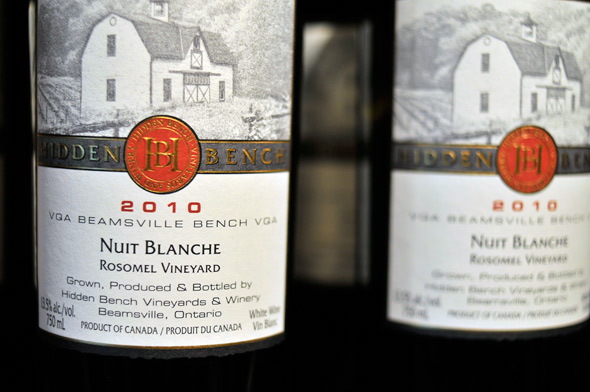 It's hard to pick favourites amongst Hidden Bench's offerings, but a particular standout is the 2010 Nuit Blanche. A Bordeaux style blend of Sauvignon Blanc and Semillon, it's not hard to see why it's carried at Momofuku by the glass. This wine is full of honey and minerality and has far more body than you'd imagine it could given the climate in which it was produced (you can thank a warm 2010 summer for this one).

Other highlights include the surprisingly dry 2010 Riesling from the Felseck vineyard and the aromatic Pinot Noir from 2009. The TÃªte De CuvÃ©e Chardonnay from 2009 is also a wonderfully balanced wine that keeps the toasted nature of its oak-aging from overpowering the fruit that lies underneath.

If there's a drawback to be noted, it's the price of Hidden Bench's offerings. Estate wines start at $24 and most of the terroir series wines hover around the $40 mark. In other words, this is special occasion wine. Given the attention to detail shown during the winemaking process, such a price point is anything but outlandish. 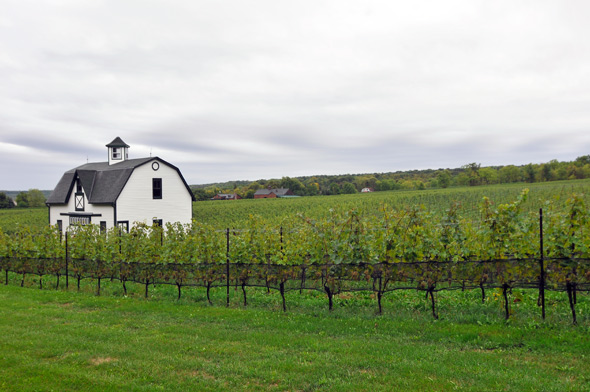 Availability: Direct from the winery, limited runs at the LCBO's Vintages department, and select restaurants in Toronto and beyond.

Take the QEW southwest to Bartlett Road (about 20 minutes beyond Hamilton). Drive south to King Street (Hwy 81) and make a left. In about three kilometres, make a right onto Mountainview Road. Head south along the Bench to McLeod Street, where you make a left. In less than a half-kilometre, make a right onto Locust Lane, at which point the winery is impossible to miss. 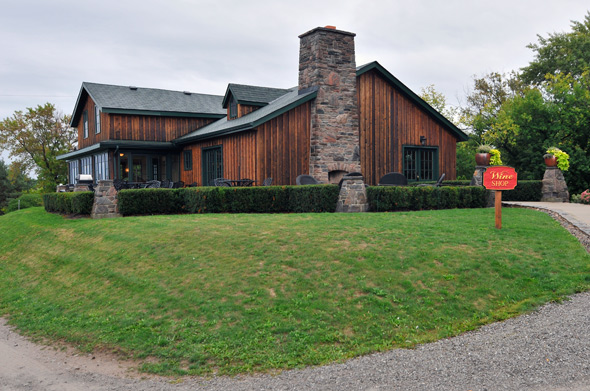