The excitement was palpable as the Hennessy Black Cocktail Competition got underway at 8:30 pm on Tuesday night in The Drake Hotel. Fifteen local bartenders were competing to win a trip to Hennessy Cognac House in France, as decided by a panel of judges that included Food Network host Kevin Brauch, and Dave Mitton, President of Canada's Professional Bartenders Association. 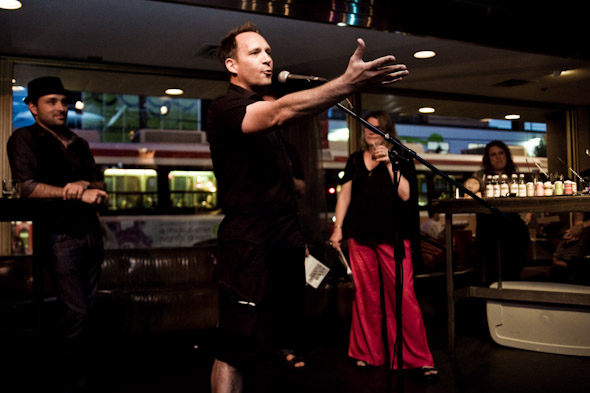 Members of the public could vote on a Runner-Up, who would be bestowed with a night at The Drake and a $150 Drake Gift Card. Each competing bartender was allotted a 15 minute round in which to mix fresh cocktails for the judges. Members of the public would drink from complimentary 1 oz samples of pre-made batches. 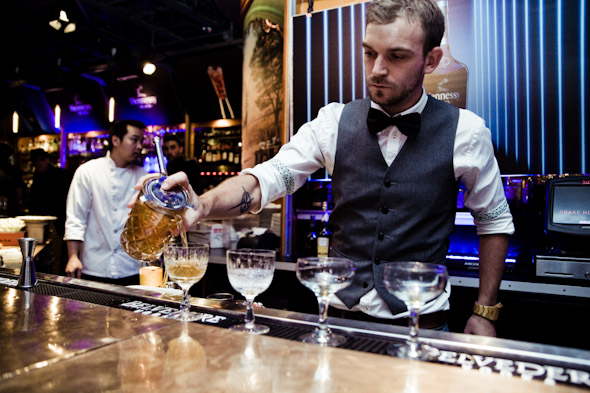 Jonny Gray of Weslodge was the first competitor to mix a concoction that was described by its inventor as "smooth and mellow." Gray finished well within the 15-minute limit, which was for the best as emcee Kevin Brauch admitted that judges had forgotten to start the clock. 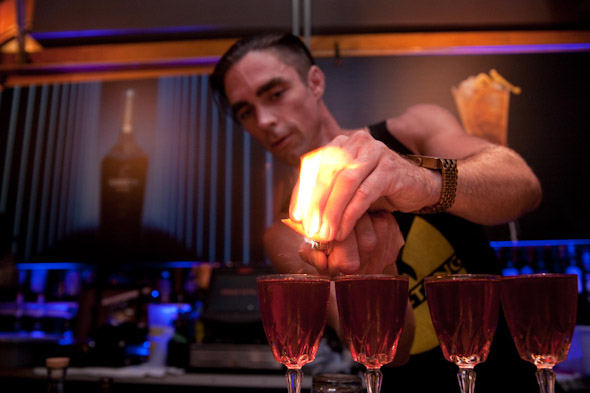 Thereafter, the entire competition devolved into a timed interval frenzy as Brauch fleetingly shouted out names of competing bartenders, and a line of unidentified bartenders flung unidentified bar ingredients. It appeared that the competitors were also expected to pour out their pre-made batch of cocktails for the waiting masses during their allotted 15 minutes. 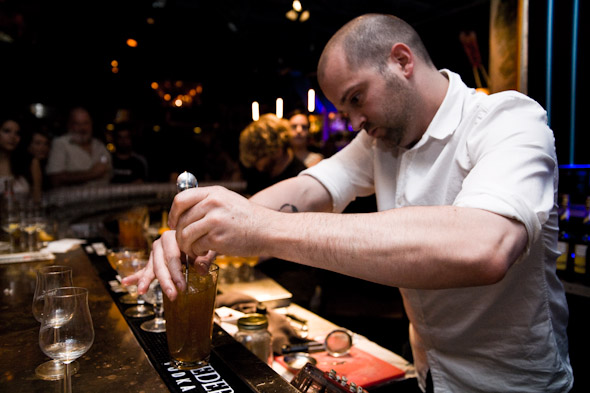 As a result, much less than the promised 200 samples were distributed, and the majority of the free samples were snatched up by a solid wall of drinkers that had affixed themselves to the bar. Those on the periphery could only peer longingly and wonder, since no announcement was made on whether additional free samples would be available. 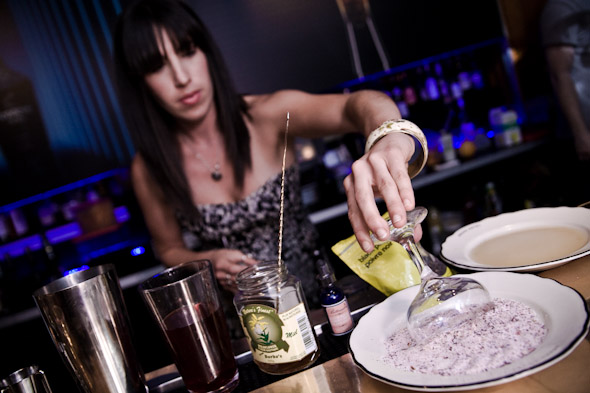 Fortunately, Drake servers were able to navigate the space behind the crowd to offer those bereft of drink a free hors d'oeuvre. The Greek Salad Cucumber Cups were crisp and summery, and the Wild Mushroom Tart with Truffle Oil was flaky and delicious. 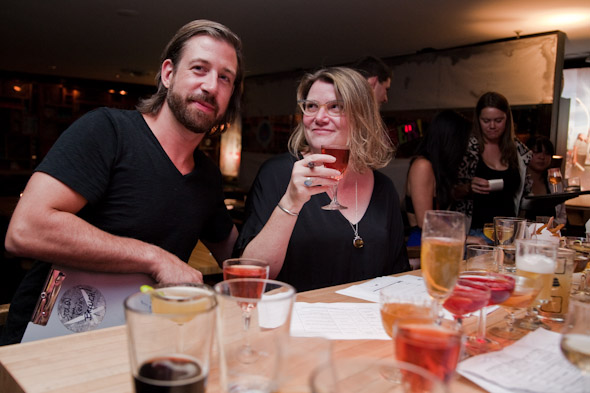 Those willing to pay for a drink could easily get one at the non-competition side of the bar. Thus, with a free snack in one hand, and a vodka tonic in the other, one could witness the chaos from afar, and muse on the illusion of the democratic vote. 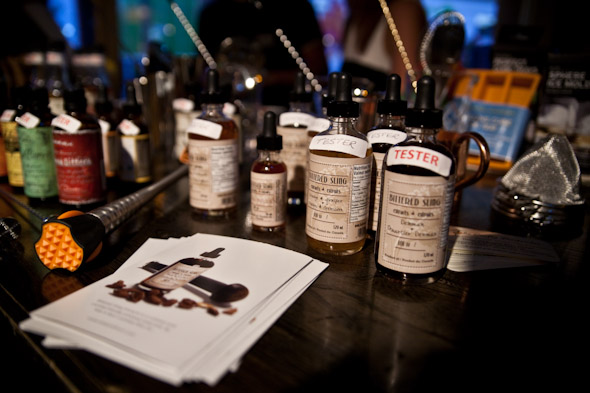