The Toronto Festival of Beer 2012

Toronto's Festival of Beer bills itself as "Canada's premier celebration of the golden beverage," and with over 200 brands of beer on-hand — plus food trucks, demonstrations, and seminars — they just may have a legitimate claim to that title.

Make no mistake though, this isn't your beer nerd's beer festival. Yes, with brewers like Beau's All Natural, Black Oak, F&M, Great Lakes, Hogtown, Mill Street, Railway City, Steam Whistle, and Spearhead in attendance (among others), we snobby beer locavores will certainly have our choice of Ontario craft beer to choose from, but for those who are so inclined, you'll also find the full lineup of beers from the big guys like Labatts and Coors. 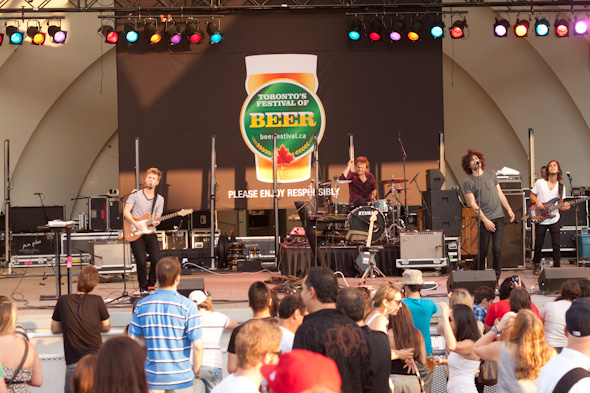 And even if beer's not your thing, the festival will offer a selection of non-beer items like ciders and "ready-to-drink beverages" — expect canned El Jimador margaritas and Jack Daniels and Coke. However, please be aware that if I happen to see you drinking canned margaritas at a festival featuring 200 brands of beer, I might slap your face. Sorry.

If for some reason you're not content to just walk around drinking, there's also plenty in terms of entertainment. Each evening of the festival features a line-up of live music, and this year the theme seems to be, "Hey, I remember them. They're still touring?" because featured acts include Big Wreck on Sunday and Salt N' Pepa (no, really) on Friday night. 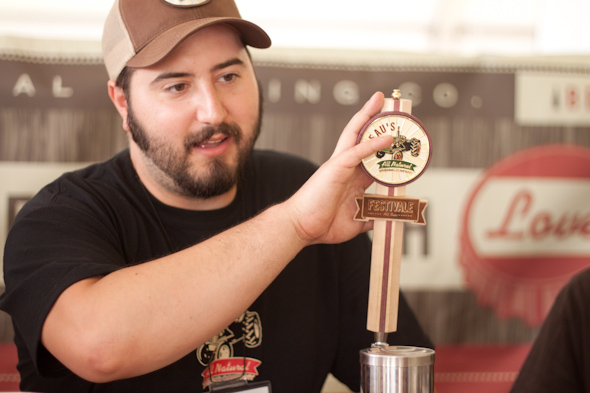 There's also going to be tons of food. With a variety of food trucks, local restaurants, and chains participating, event organizer Les Murray is confident you'll be satisfied with the wide selection of eats, "From oysters to grilled cheese, to barbecue, to Italian, to Thai — you name it and it's available at the festival."

This year's festival will also feature something not typically seen at other beer festivals, namely actual glasses. Not content to serve beer in those shitty plastic cups, Murray is confident that adults will actually be able to behave like adults, and put forward a serious effort to ensure that attendees would be able to drink beer from an actual glass, issuing all those attending a commemorative Toronto's Festival of Beer glass stein. 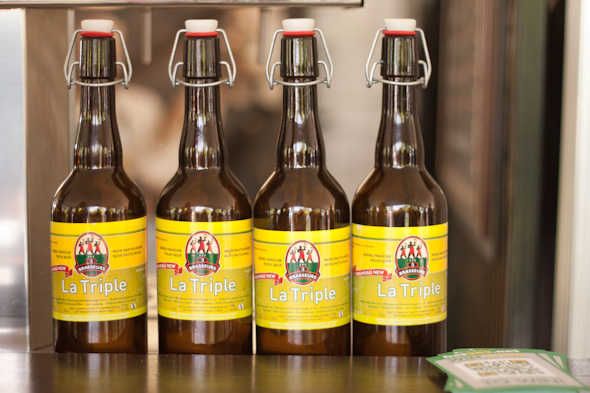 For my money though, the price of your ticket will likely be best spent at the World of Beer Pavillion. Another first at this year's festival, this pavilion will feature beers from a given town, region, or country and Murray tells me the pavillion will serve as an opportunity to try beers that aren't readily available in Ontario

For its inaugural year, The World of Beer Pavillion will feature beers from Quebec. And thanks to a beer selection curated by the beer-obsessed folks behind barVolo and Keep6imports, there will be an impressive list of beer from Brasserie Dieu Du Ciel, Brasserie Dunham, Hopfenstark, Le Trou Du Diable, MicroBrasserie Charlevoix, Les Trois Mousquetaires, and Les Vergers De La Colline--and if you aren't familiar with these names yet, this will be a great time to learn why beer fans drool when they hear them.

Pro tip: The festival officially runs from Friday at 4:30 until Sunday at 8pm and tickets are still available for the Friday and Sunday installments; however, provided you don't have to work too early Friday, you might want to check out the Queer Beer Festival. Ostensibly the same festival, The Queer Beer Festival is the Thursday evening installment of the Toronto Festival of Beer and is, obviously, geared toward the gay community. But it's worth checking out for gay and straight people alike if you're looking for a decidedly more relaxed vibe (read: shorter lines) and an evening typically free of any frat-boy shenanigans.

The fest runs rain or shine so be sure to bring cash, rain gear, sunblock, and a strong liver.

Lead photo by Mondo Lulu in the blogTO Flickr pool