Sunday morning, when thousands of runners were taking to the streets for the Toronto Marathon, many others, myself included, were waking up from food-induced comas brought on by the previous night's Street Food Block Party.

A joint effort between the Toronto Underground Market and Food Truck Eats, the sold out event saw 3,000 people descend upon the Brick Works for an evening of culinary debauchery. With over 30 vendors in attendance, those on wheels and those behind tables co-existed harmoniously, in their effort to feed the crowd and support the street food movement. 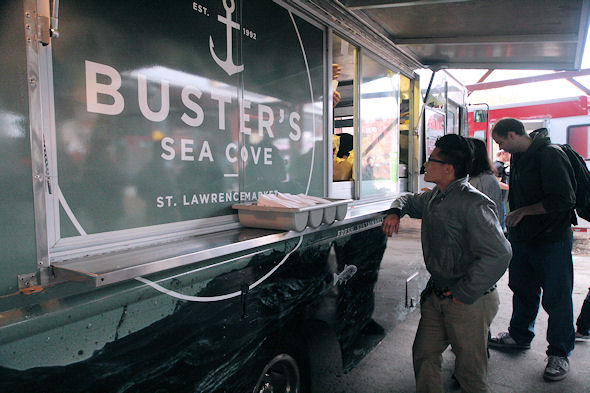 TUM favourites, Rock Lobster Food Co., Fidel Gastro's, and La Carnita were on hand, as were longstanding trucks Gastronomo Vagabundo, and Caplansky's, but old mingled with new. Buster's Sea Cove of St. Lawrence Market fame unveiled themselves as Toronto's newest mobile restaurant, and there was even some support from south of the border in the form of two Buffalo based food trucks, making it an international affair.

A lot of menus were Cinco de Mayo inspired, and were split into early and late night menus, with the items from the latter becoming available around the 9:00 p.m. mark so as not do disappoint any latecomers. As in past events, the longest line up manifested itself in front of La Carnita where squid was the taco of the day, but the equally long line up at the Gorilla Cheese truck proved that Toronto still can't get enough of grilled cheese sandwiches. 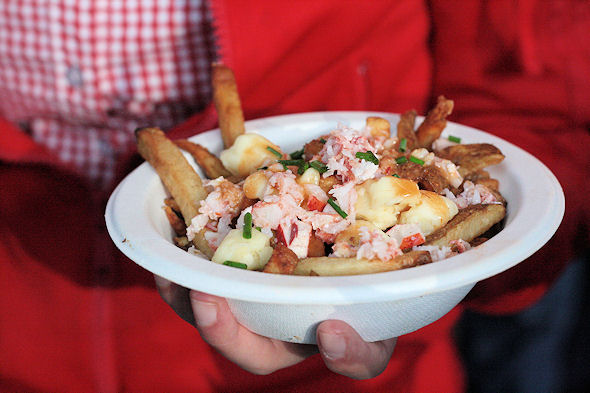 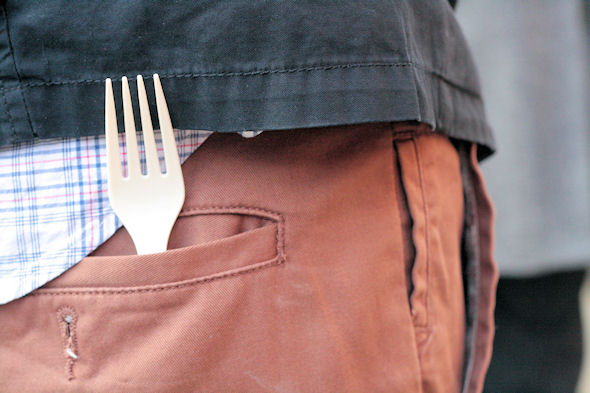 I too have a love for said sandwich, but with so many other choices that was one line up I didn't commit myself to. With these exceptions, however, I found that despite the crowds, the lines seemed to be shorter than those at past TUM events, but it could have been the gorgeous weather and live music that made waiting in them more enjoyable. 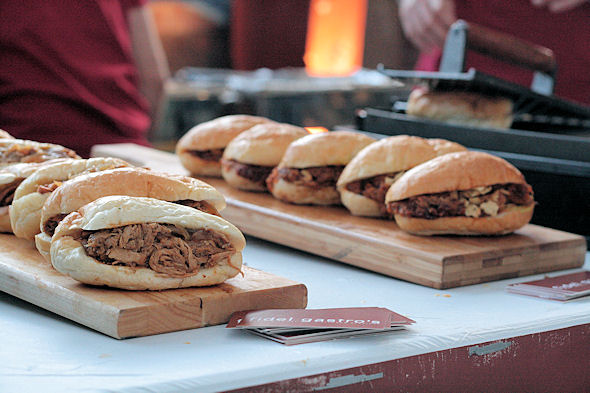 Some edible highlights for me were the smoked chicken empanadas from Toasted Tangerine, the Rock Lobster poutine, and the El Capitan's (pork) Belly sandwich from none other but Fidel Gastro's. In my opinion, the crew at FG could sell me an old sneaker between two slices of Wonderbread, and somehow it would end up being the best sandwich ever. All of this was washed down nicely with a pint (or maybe two...ok, almost three) of cask ale from Black Oak Brewery entitled "Hop Bomb." Kaboom! 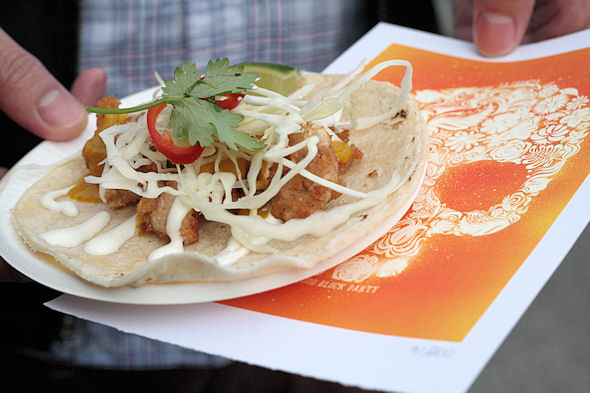 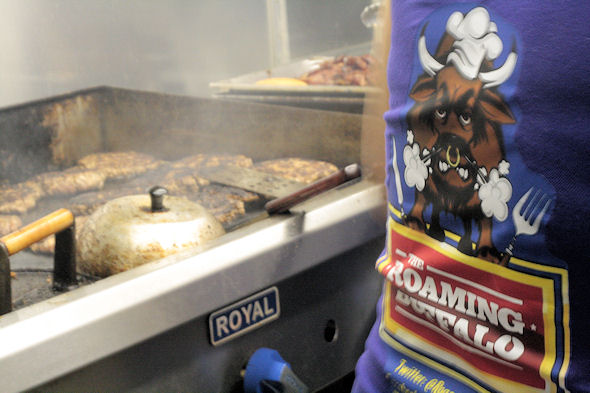 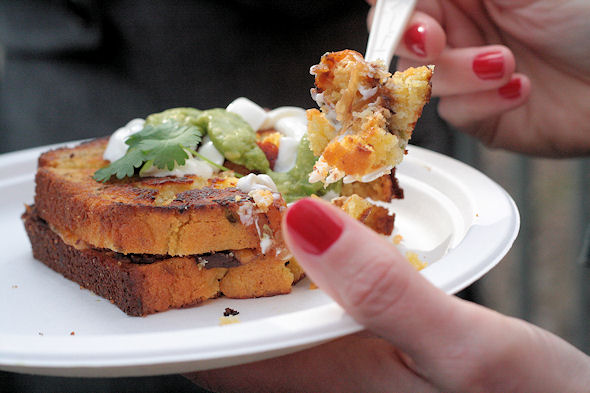 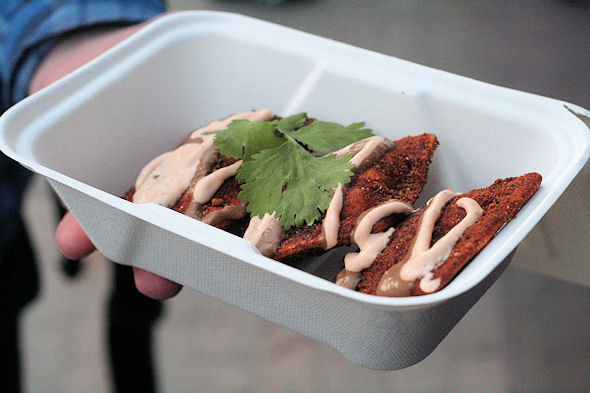 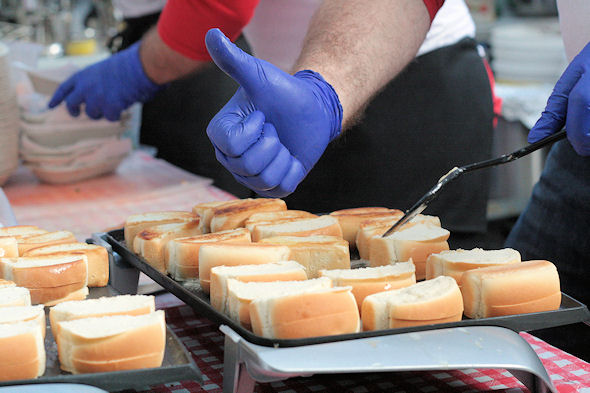