New beers coming to the LCBO get Hart House preview

Nothing says summer better than beer and barbecue, so Hart House's annual Craft Beer Festival was the perfect way to spend a balmy summer night. With nineteen Canadian breweries to choose from, the mixed bag of beer geeks, beer novices, and beer-loving students had plenty of options to choose from.

Tickets were $35, or $30 for students, and came with eight beer sample tickets. I found throughout the night that the tickets became somewhat of a mere formality as the jovial atmosphere of the festival gave way to generous pours and a few "psshhh"s from the brewers when you tried to give them a ticket for their beer. Excellent value overall. 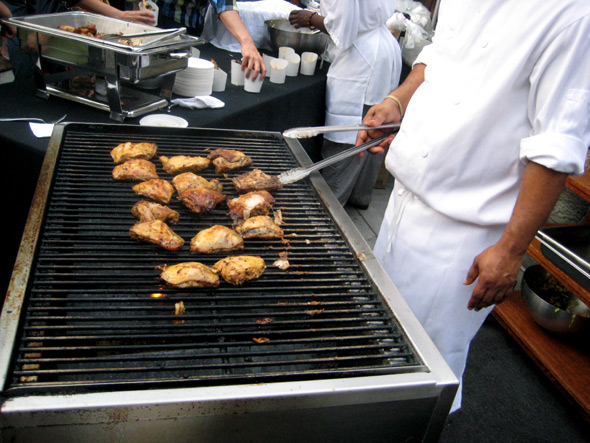 The seemingly never-ending lineups for barbecued delights were well-worth the wait. The clear crowd favourite was the pulled pork sandwich; its table definitely getting more action than the veggie and antipasto table. My personal favourite was the herb chicken; it was so good I didn't even care that I had green flecks of parsley stuck in my teeth while trying to keep up with conversations about malt profiles and hop ratio. 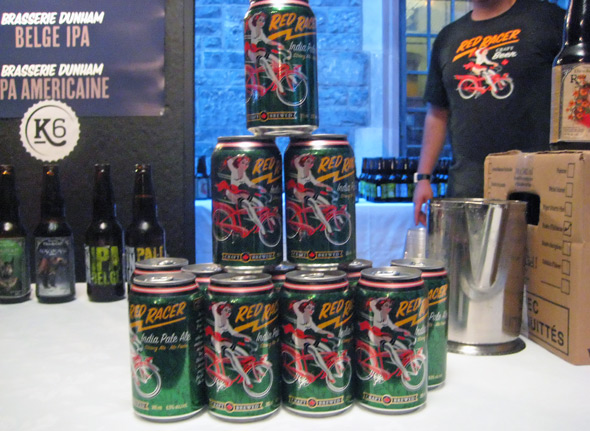 The annual event serves as an opportunity for Canadian craft brewers to preview their forthcoming LCBO releases. Of notable mention is Central City's Red Racer IPA which, up until recently, was only available at beer geek heaven Bar Volo. The light and fresh IPA was my personal favourite from the night, and I'm sure many in attendance would have agreed with me, as the partner table between Central City and Keep 6 Imports saw a steady flow of people wanting to try this summertime favourite. 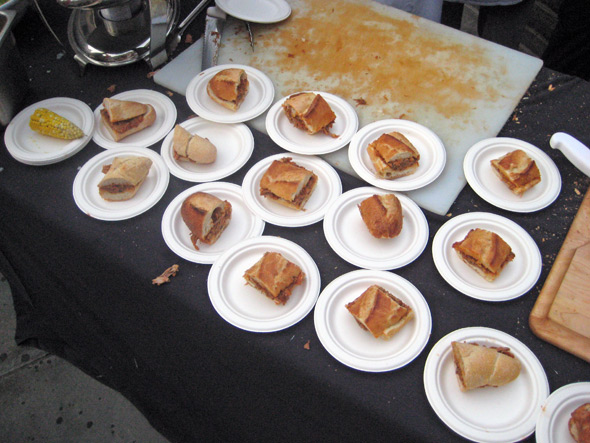 New arrival to the craft beer scene, Kensington Brewing Company, saw this event as an opportunity to build their local profile and showcase their flagship beer, Augusta Ale. I spoke with Brock Shepherd, owner of the brewery, and he was hopeful that their Augusta Ale would be available at the LCBO by the end of the year (it currently calls Kensington Market's Burger Bar its primary home). 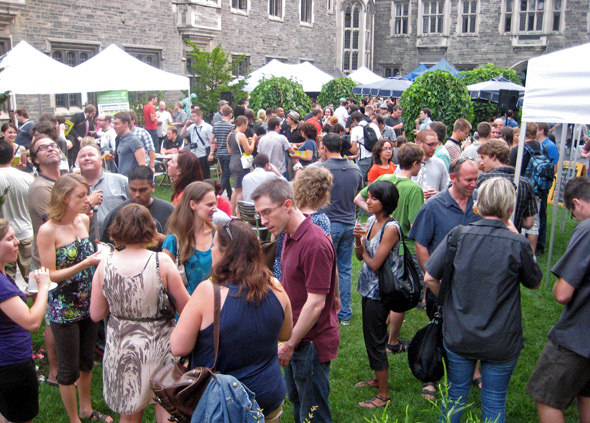 For a relative beer novice such as myself, events like these serve as great introductory courses to the Canadian craft beer scene. I found that all breweries and vendors were sincerely eager to share their dedication to craft beer. Partnerships and collaborations between breweries, like the Amsterdam, Great Lakes, and House Ales Belgian IPA featured last night, are proof that this is an industry being bolstered by a tight-knit community and mutual support for quality beer.

Writing and photos by Candis Green