Although I hate the idea of being thought of as a cheapskate, when it comes to dining out I'm always looking for a deal. Whether it be on the wine or the food, when something's a bargain it's a cinch for me to justify a little indulgence. It's in keeping with this logic that I've become quite the regular at Grace's Smokehouse Thursdays.

Held in the lounge space above the restaurant in Little Italy, 'The Smokehouse' got up and running about a month ago. Fittingly named for the fact that the food on offer is authentically smoked with applewood chips (none of that 'liquid smoke' stuff here), the various meals on offer strike me as one of the best deals on BBQ in the city. 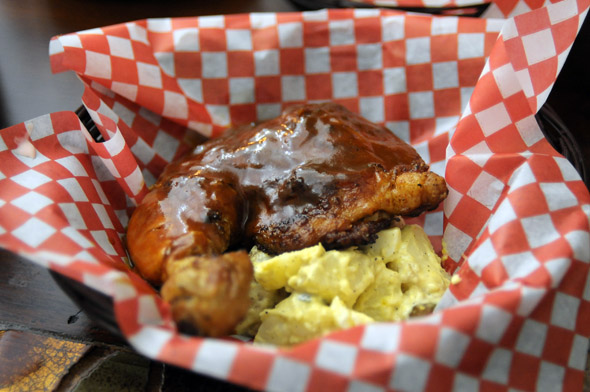 Although the menu changes, so far it has featured ribs, a pulled pork sandwich, a chicken leg and a homemade sausage on a bun, each of which came with either coleslaw or potato salad. All for ten bucks. That's pretty good in and of itself. But what's BBQ without a little beer to wash it down? Well, that's covered too. In addition to the nosh, a bottle of domestic beer is included.

I know that in the past I've paid ten bucks for just a sandwich, so at that price for a full meal, I'm more than happy to shell out the extra two and half bucks for grilled corn on the cob. But, of course, a deal on food is only worthwhile if it actually tastes good. 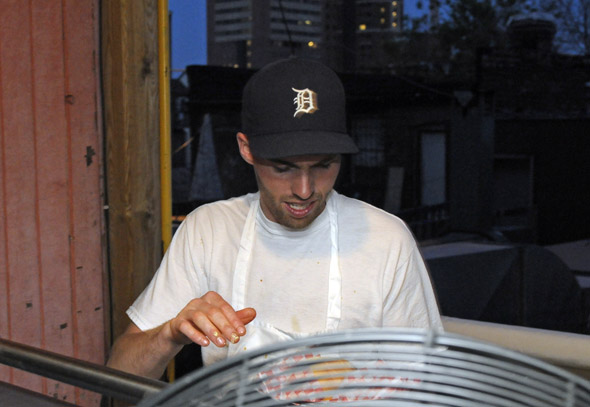 Prepared and served by Grace's head chef, Dustin Gallagher, in the outside area behind the lounge, the food gets the expert treatment. And being a lover of southern style BBQ, I'm happy to report that this is the good stuff. The pulled pork sandwich in particular is that excellent combination of smoky and saucy messiness that delights the tongue and stains the face. I'd love it if the ratio of pork-to-bun tilted a bit more in favour of the pork, but for the money I can't really complain. 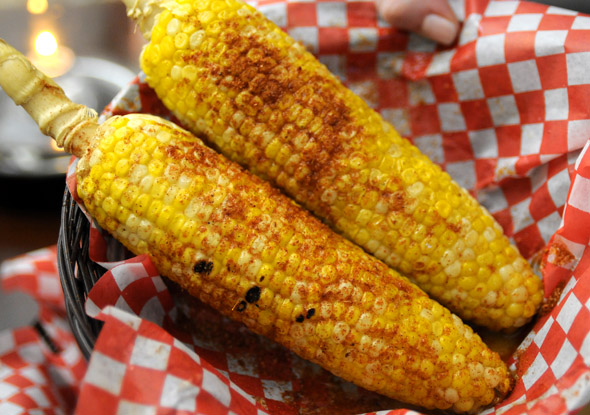