A Good Samaritan in Mississauga noticed a coyote in distress and tried to save it - only to later realize it was just a statue.

Alex Biron details the rescue attempt in a hilarious now-viral TikTok, in which he spots the coyote "trapped" on the marina docks at Port Credit Village Marina and calls the Toronto Wildlife Centre for advice.

Someone in Ontario attempted to save a wild coyote but turns out it was only a statue - 📹 Alex Biron https://t.co/zxyNVwRdKJ #Ontario #Coyote pic.twitter.com/NjyRNYXsus

"We called the Toronto Wildlife Centre and they were concerned about how long it had been there, if it was sick, etc. They said that in situations like that it's best to see if the animal can escape on its own," said Biron.

In the video, Alex tells them on the phone that he will go back to check it out. "I think he's in shock, he's not moving," he says in the video. 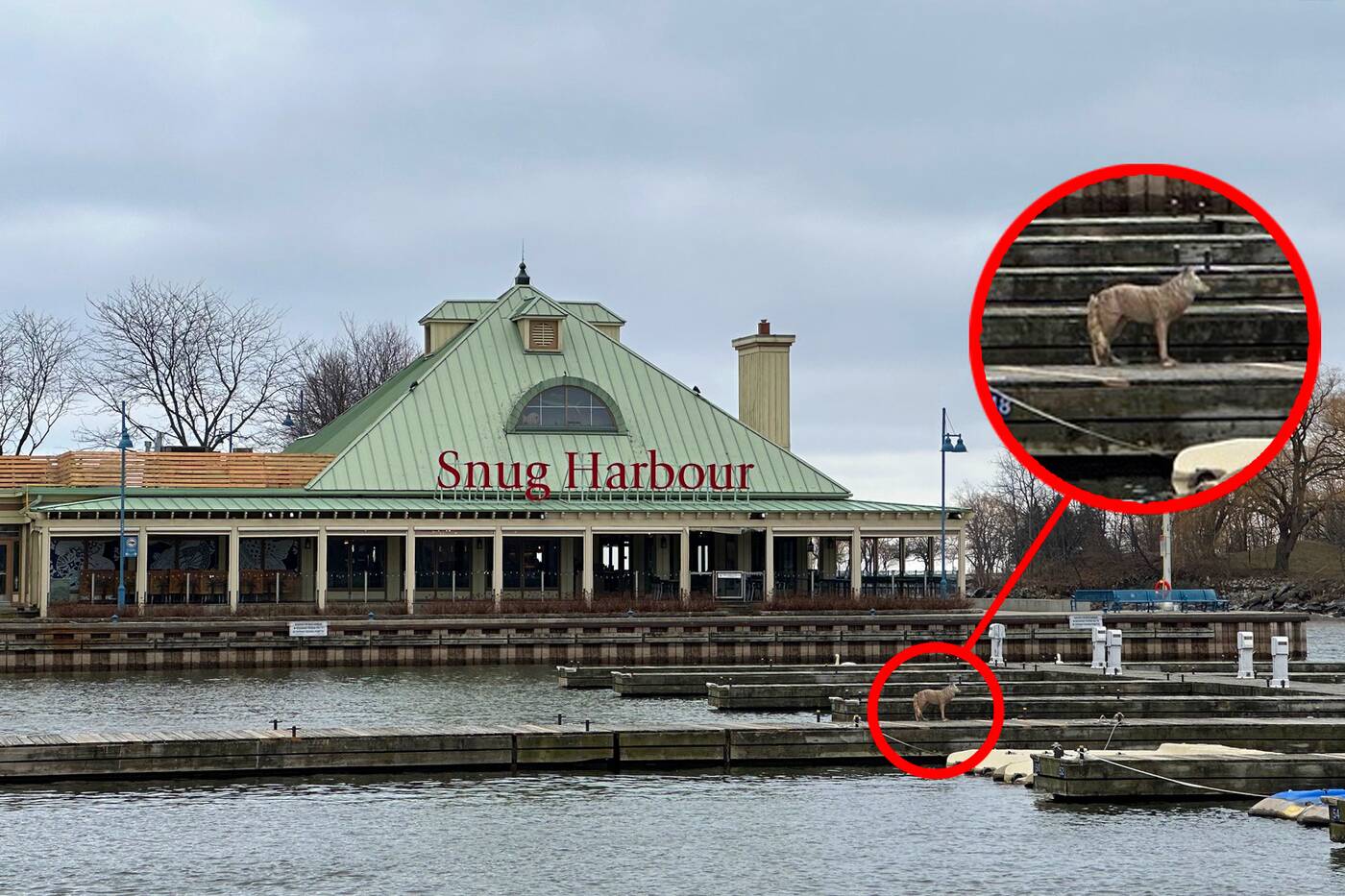 The stranded coyote in question on the docks outside Snug Harbour restaurant in Port Credit. Photo by Meg Cossmann.

"We returned to the dock in person and it was still there so we called the Snug Harbour restaurant and they told us it was a fake coyote they leave on the rock to deter wildlife." Coyote decoys have been installed at Credit Village Marina and Lakefront Promenade Public Marina in attempts of keeping waterfowl away from the docks. Photo by Stephen Dasko.

The plastic decoy coyote was installed on the dock in May 2021, to ward off geese and other waterfowl from the marina to keep it clean. To his credit, Alex isn't the first to be fooled by the realistic statue, with others saying they also tried to save the same coyote in the past.

He says he felt pretty silly after the whole ordeal, but commenters on the video are applauding his good intentions and caring nature.