Generating any sort of wealth while living in Ontario has become practically impossible amid rampant inflation, runaway grocery bills, and through-the-roof costs for housing.

Toronto may be the beating heart of Canada's economy, and though the city is quite wealthy, the high cost of living — calculated at over $3,800 per month for a person living alone — presents challenges for residents who want to actually save and accumulate some wealth.

But there are still places in Canada with lower living costs than big cities, but equally-high household incomes, and two of the best small cities to earn and actually save money are located right here in the Greater Toronto Area (GTA).

Crypto investment website (yes, crypto bros are still a thing in 2023) Yore Oyster has published a list of the top 20 small Canadian cities to build up your bank account.

And before you turn up your nose in disgust at anything crypto-related (like I often do), their methodology has nothing to do with the sketchy decentralized currencies that have proven mostly bad news for investors in recent months.

Yore Oyster instead looked at smaller cities attracting people and businesses through the difference between median household income after taxes, the monthly cost of living, and GDP per capita.

And sitting right at the top of the list is Oakville, a suburb of almost 194,000 residents, known as a hotspot for the wealthy with its row of excessive waterfront mansions. 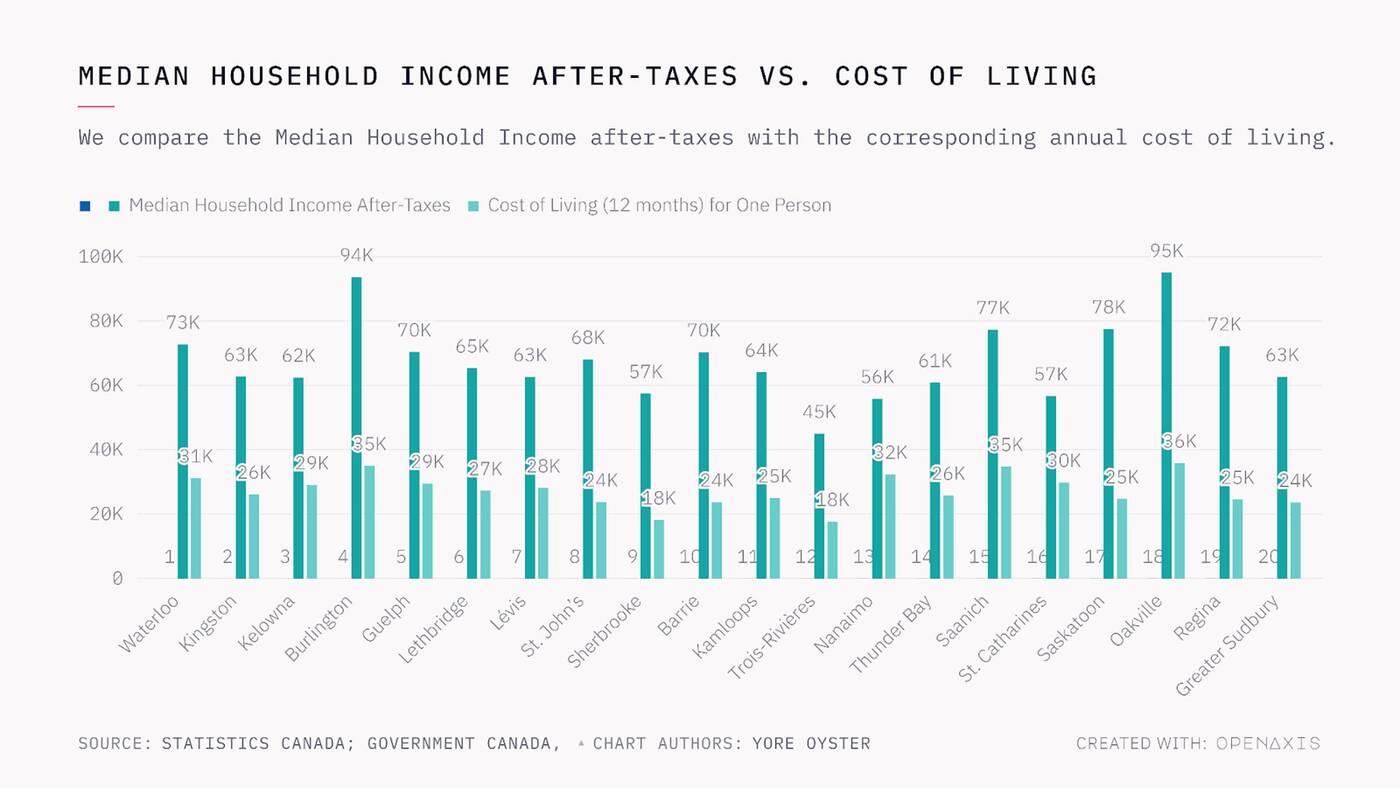 According to Statistics Canada, the median household income after taxes in Oakville is $95,035.

Next, Yore Oyster weighed that average income against the local monthly cost of living of $2,984 —- based on housing, commodities, food, energy, health care, transportation, and education.

With these numbers, Oakville residents saw a typical net gain of over $59K per year, and an annual GDP growth rate of 3 per cent

Next on the list is Burlington, taking second place among the top smaller cities to earn and save. The city of over 193,000 has a median household income of $93,588 after taxes and a monthly average living cost of $2,923.

This leaves your typical Burlington resident with a surplus averaging $58,512, more than enough to actually build up your RRSP and plan a few vacations per year.