Inflation has impacted virtually the cost of everything, especially groceries.

Whether you shop at a gourmet market or household chain, I'm betting there is a good chance your bill has risen over the last year.

Last month it was revealed that "food purchased from stores" have increased at a bank-breaking 10.8 per cent since August of last year. 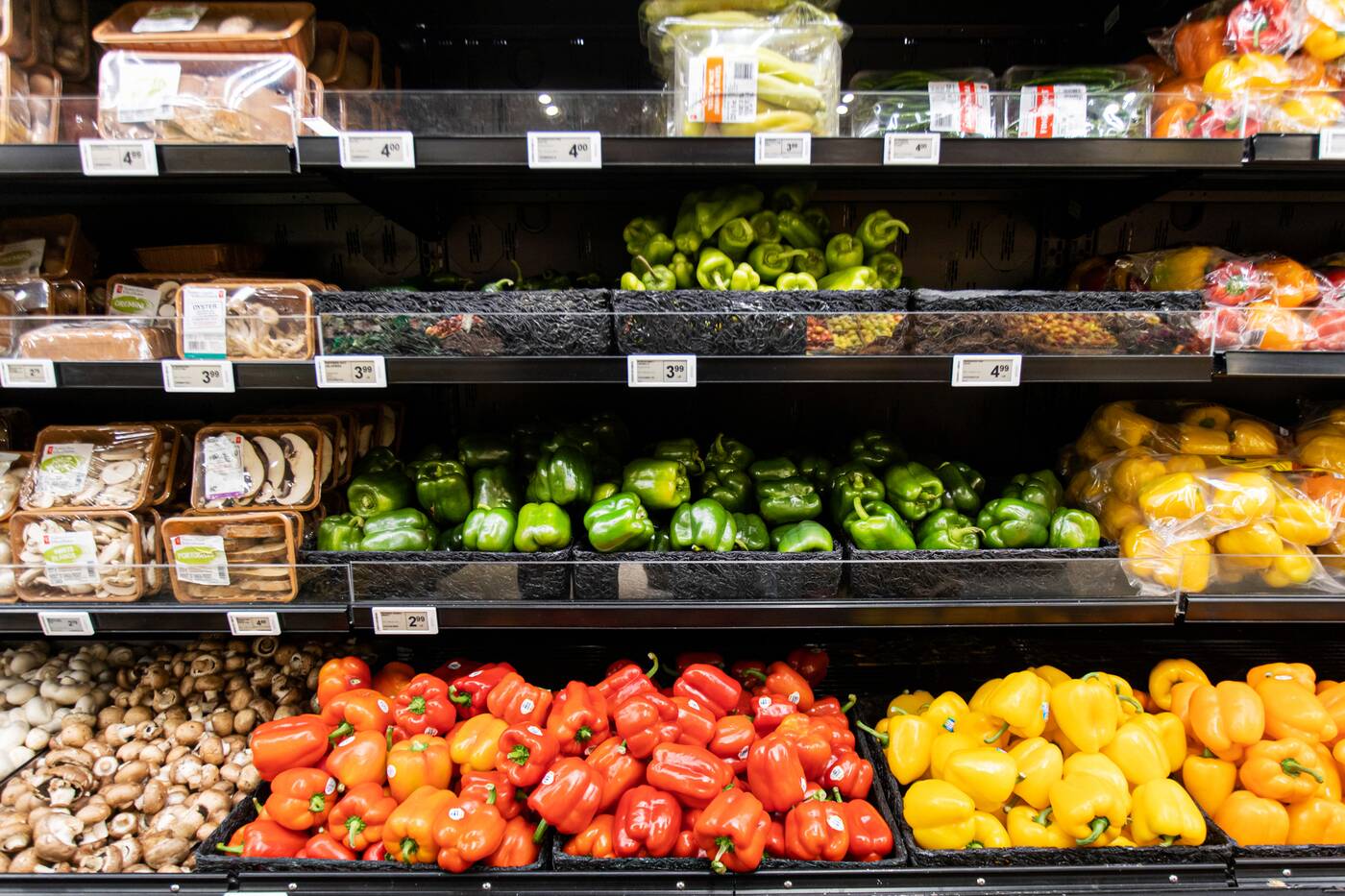 Meat, dairy, fruit and seafood were some of the areas that had seen dramatic increases, with no signs of slowing down.

Despite increased prices, grocers made record-breaking amounts of revenue - like Loblaws, which made a staggering $180 million more than in 2021.

These ridiculous profits have prompted some politicians, including NDP leader Jagmeet Singh, to call for reform.

Corporate greed is cruel and it must be confronted with a windfalls tax forcing CEOs to pay what they owe. https://t.co/STVCiWeQf3

Recently, The Competition Bureau of Canada said they will investigate if the rising prices of Canadian groceries, which are increasing at the fastest pace in over 40 years, are due to a lack of competition or outside factors.

All of this is happening while recent Stats Canada data showed that almost 6 million Canadians live in food-insecure households.

Which begs the question - have you ever wondered what your total grocery costs would be if you switched markets and compared the prices?

Well, your question has been answered because our very own Tiana Atapattu has done the work and compared prices for the same items used to prepare a delicious lemon roast chicken dinner.

For comparison purposes, she shopped at three grocery stores within very close distance of each other, No Frills at 345 Bloor Street East, Longos at 100 Bloor Street East and Loblaws at 60 Carlton Street.

We eliminated more gourmet places like Pusateri's and McEwan Fine Foods because the prices are inherently much higher. 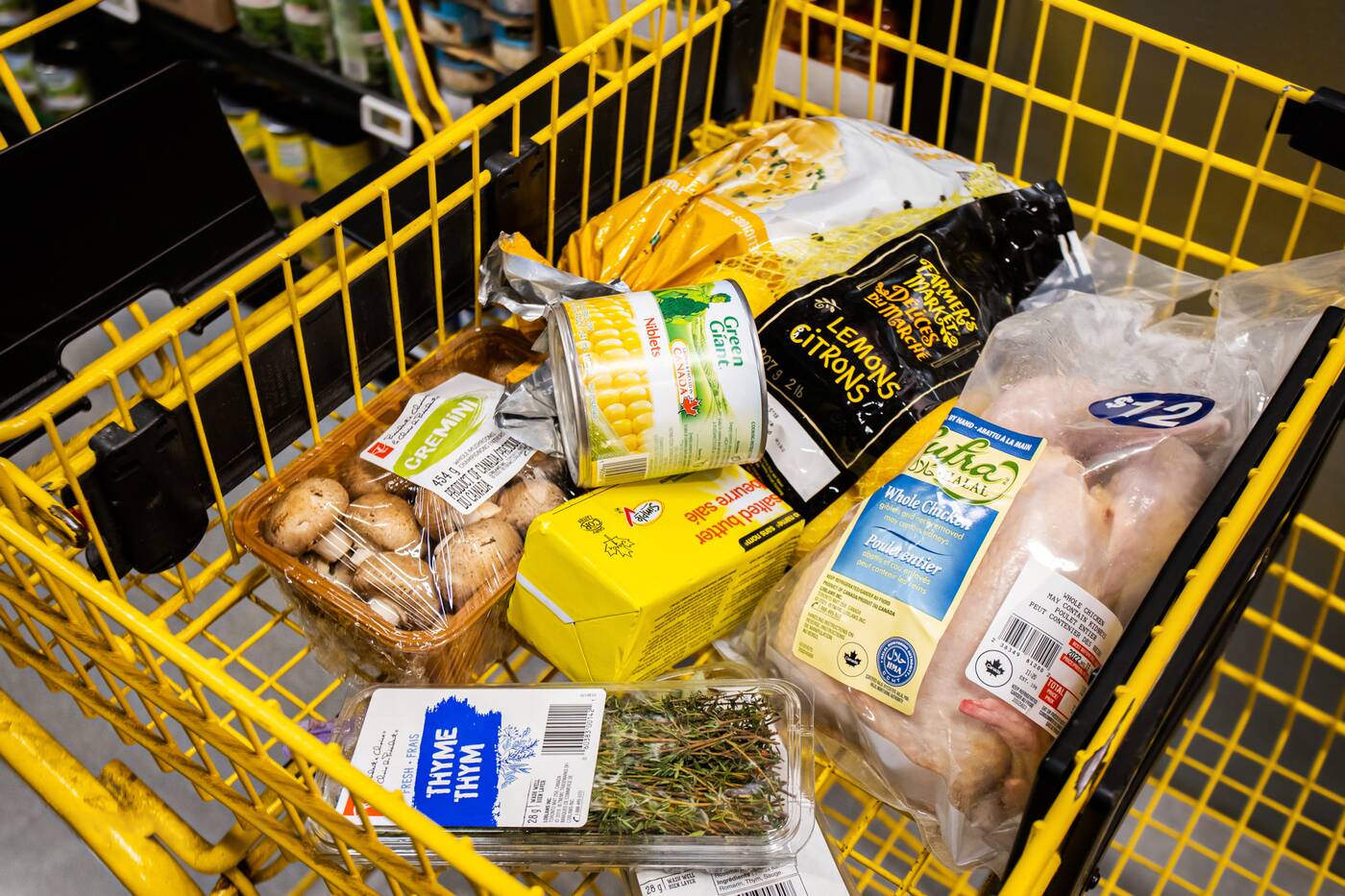 The grocery haul from No Frills at 345 Bloor Street East.

And since finding things with identical weights or volumes is not always possible when it comes to commodity foods like a whole chicken or lemons, everything was sourced as close to size or weight as possible.

The final cost from each shopping trip was then weight-adjusted to what was required by the recipe. 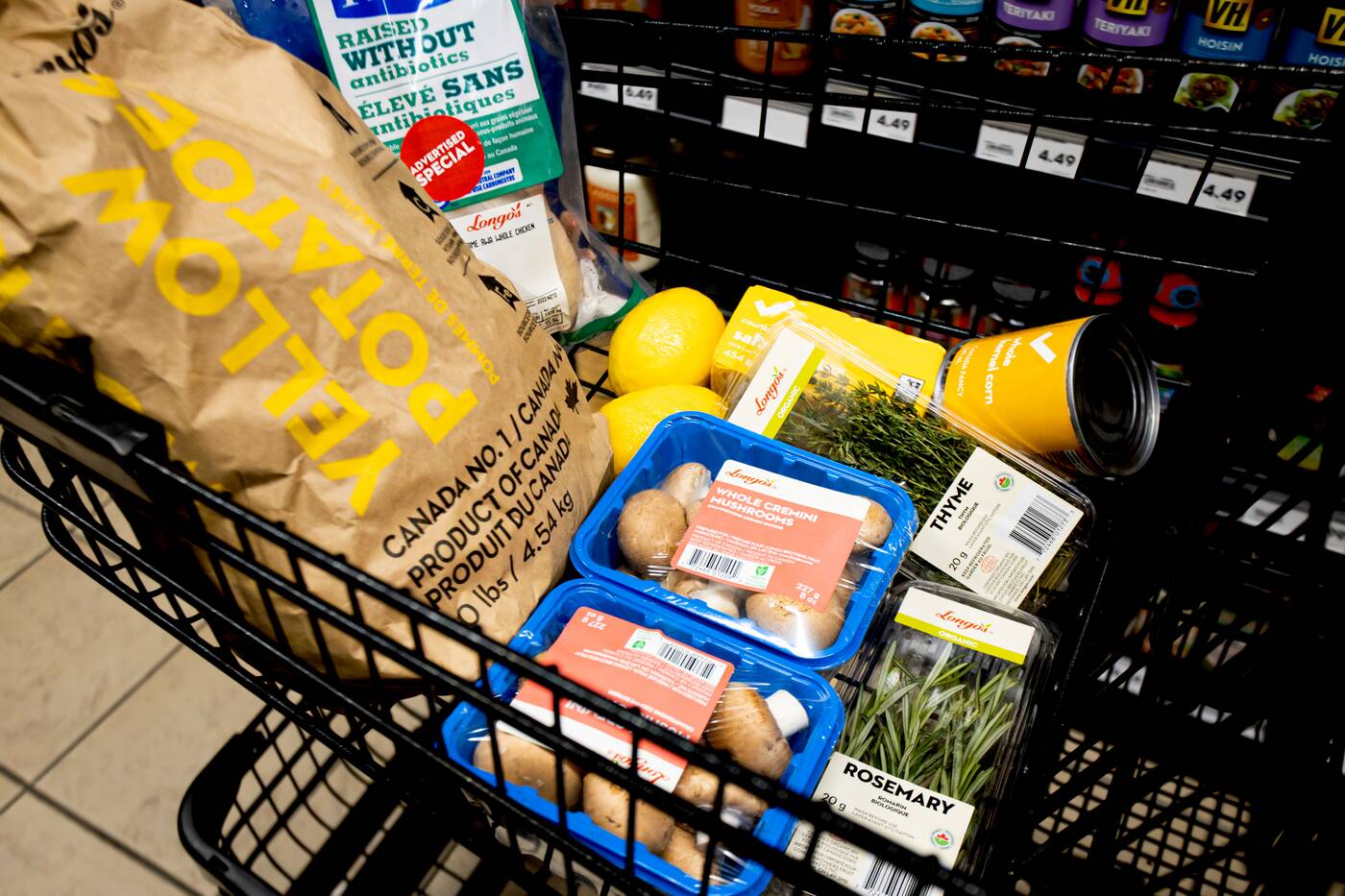 This was our cart from Longos at 100 Bloor Street East. 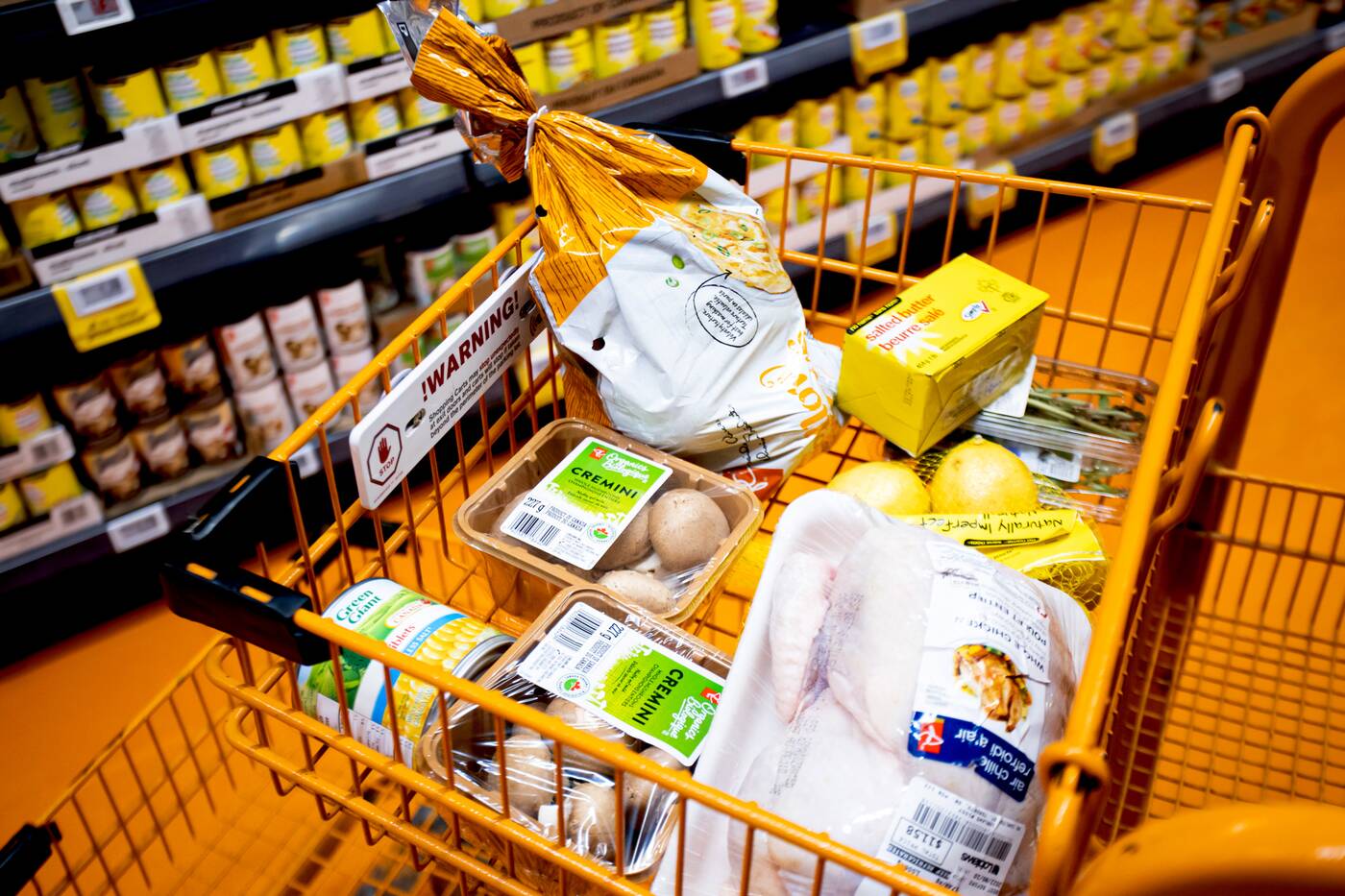 The result from shopping at Loblaws' 60 Carlton Street store.

Place your bets on which items you think were the cheapest and at which store.

The Numbers and Observations

Starting first with the chicken. The recipe calls for 1.5 kg of chicken and we tried our best to find the exact same weight. 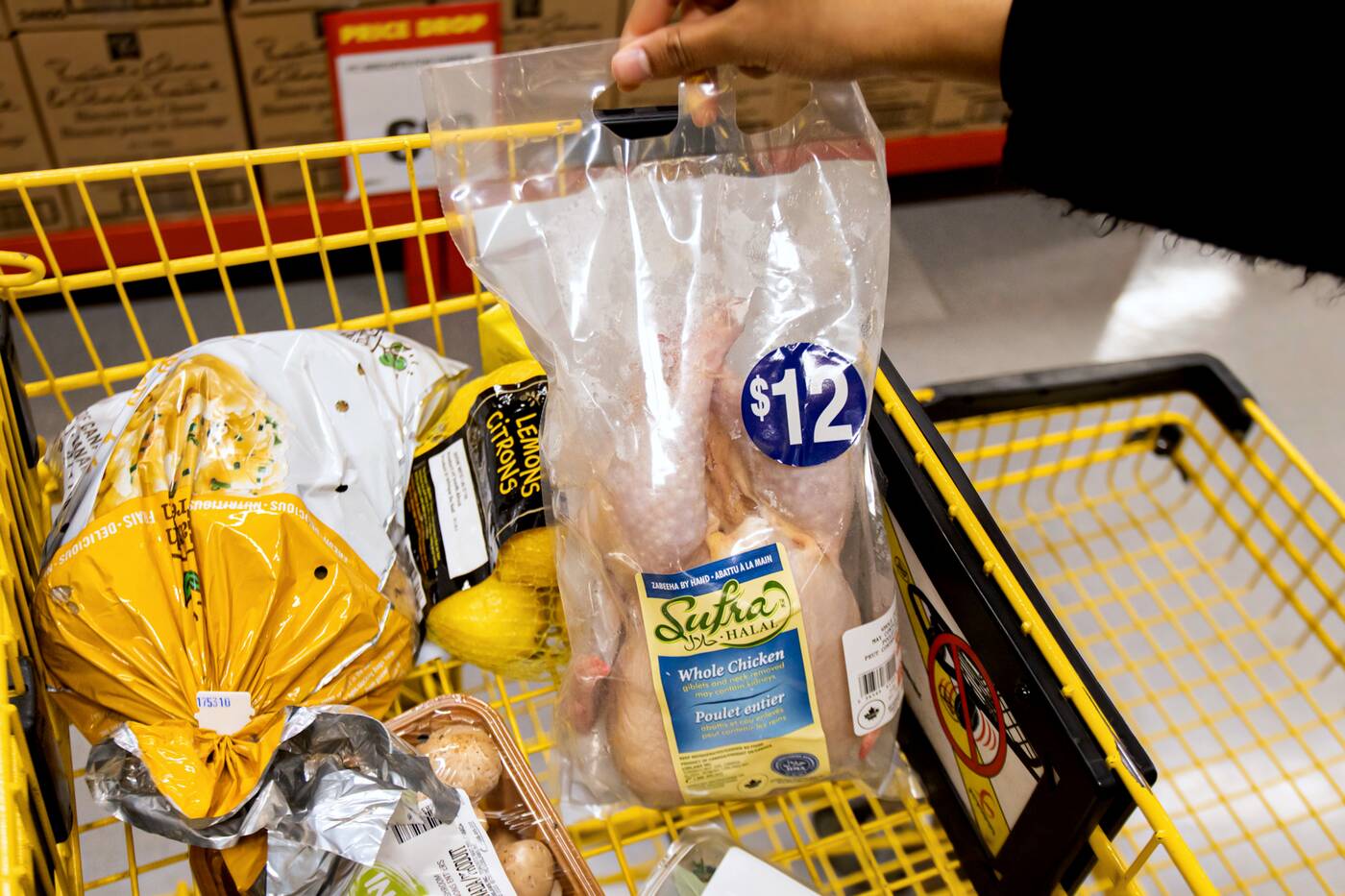 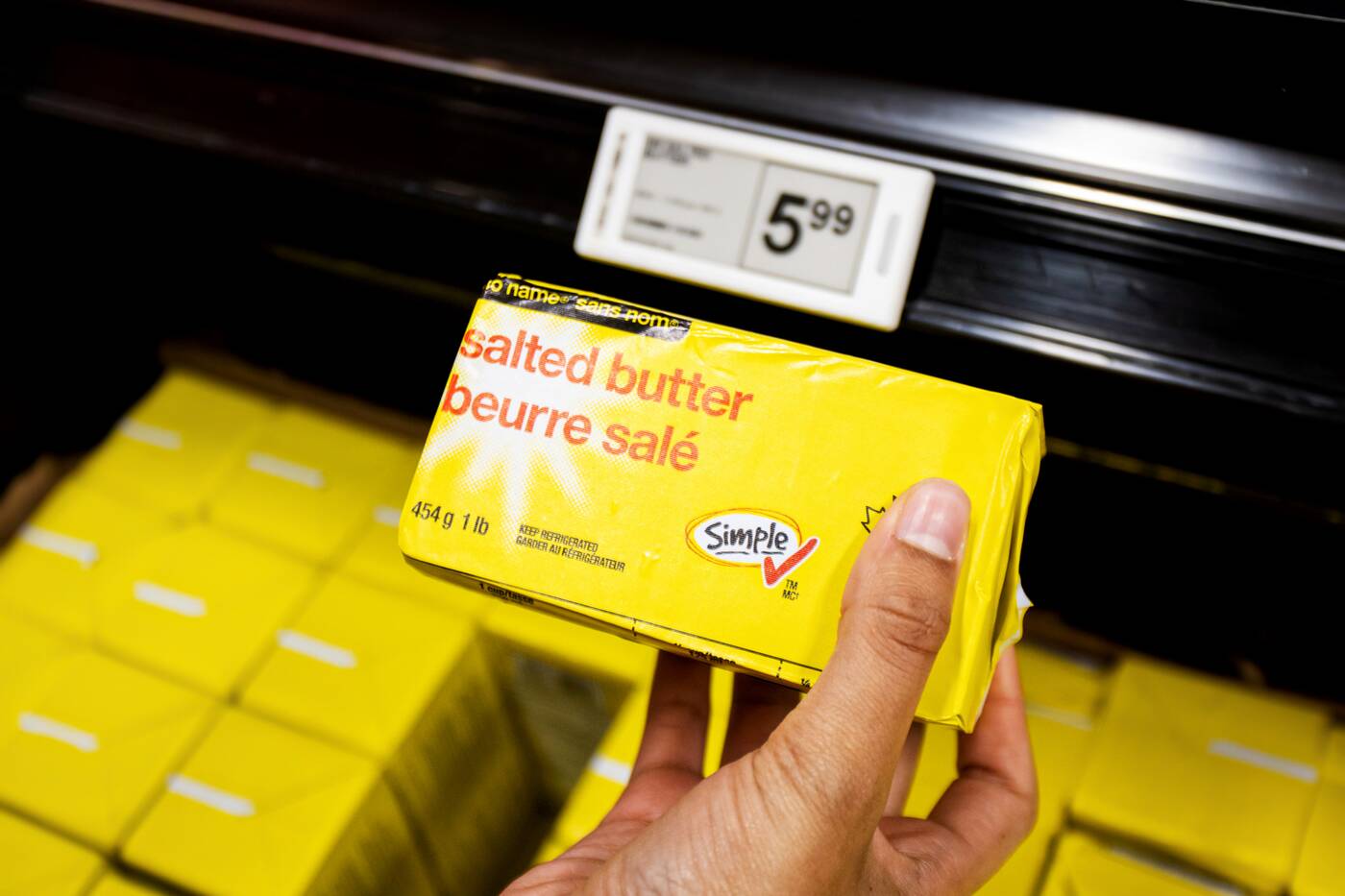 The block of butter we picked up at No Frills and its retail price.

Our block of salted butter rings in at $5.99 for both No Frills and Longos, and was just a bit more pricey for $6.19 at Loblaws. 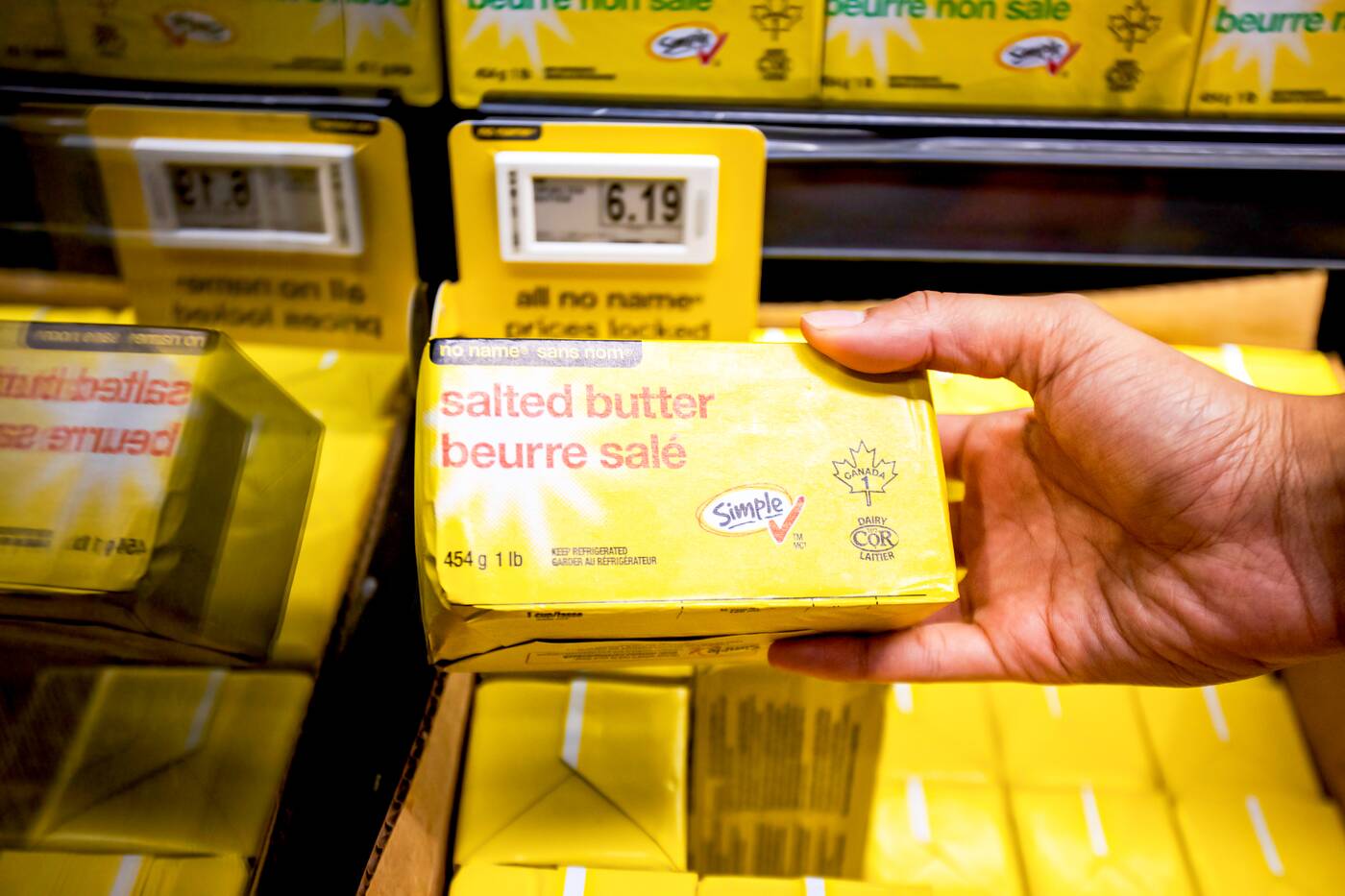 The same brand of No Name butter at Loblaws. Hmm...

The thing is, Loblaw Companies Ltd. announced last month it was freezing prices on no name brand items until January of 2023 to help provide some relief to Canadians facing escalating food costs.

Here, we bought the exact same no name block of butter at both No Frills and Loblaws, however, the prices were different. Which was interesting, curious, and we'll admit it, a little suspect. 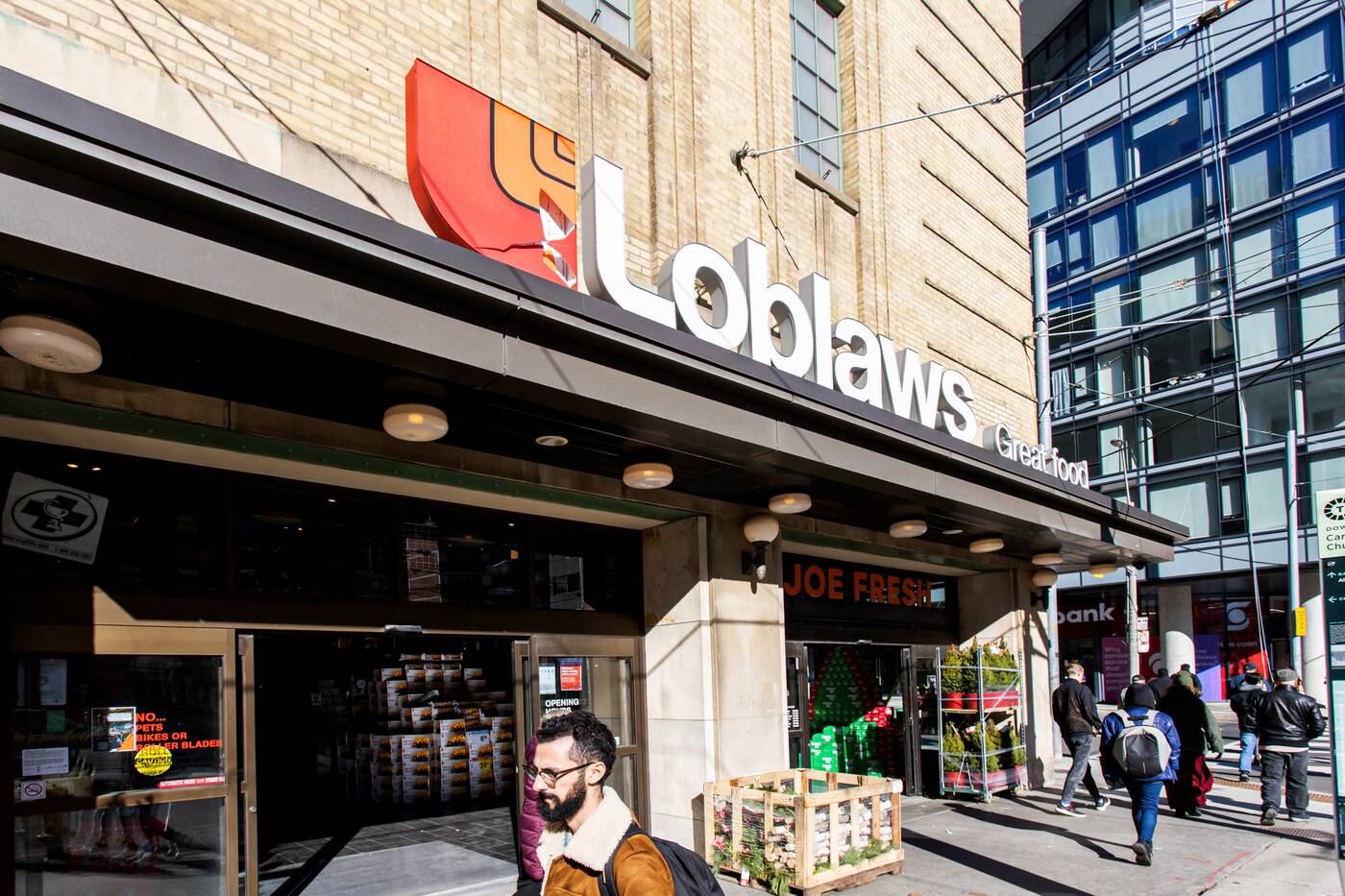 When asked about the varying prices, Loblaws (the parent company of No Frills) told blogTO this: "The regular price of products may vary by store format (i.e. at a Loblaws versus a No Frills), which is in line with our normal pricing. Compared to Loblaws, No Frills provides a smaller selection of products, less in-store services (like a butcher counter, for example) in order to keep prices as low as possible."

Now back to the recipe. 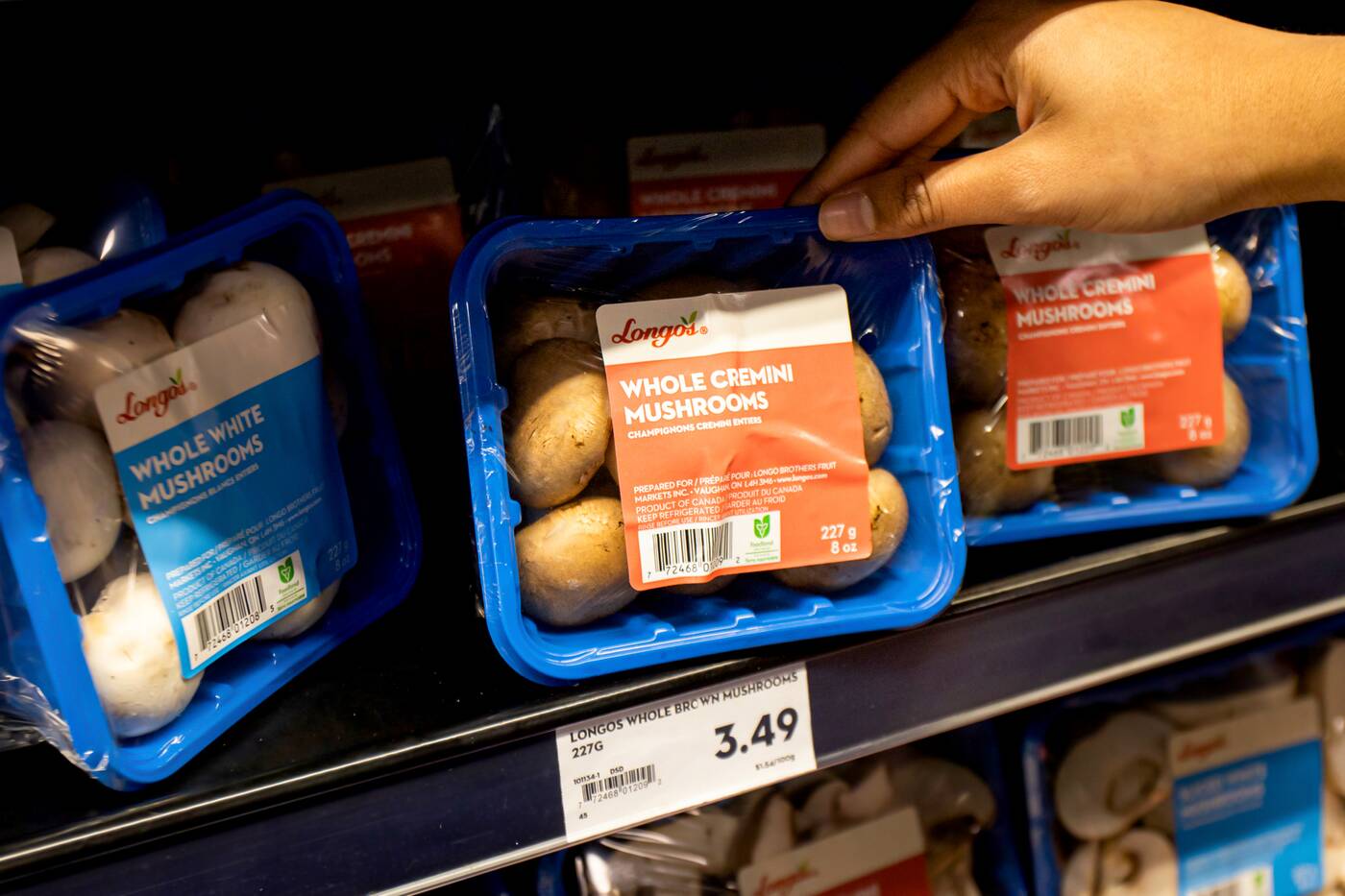 Mushrooms were more expensive at Longos and Loblaws where it was sold for $6.98 and $5, respectively, in contrast to $3.99 at No Frills. 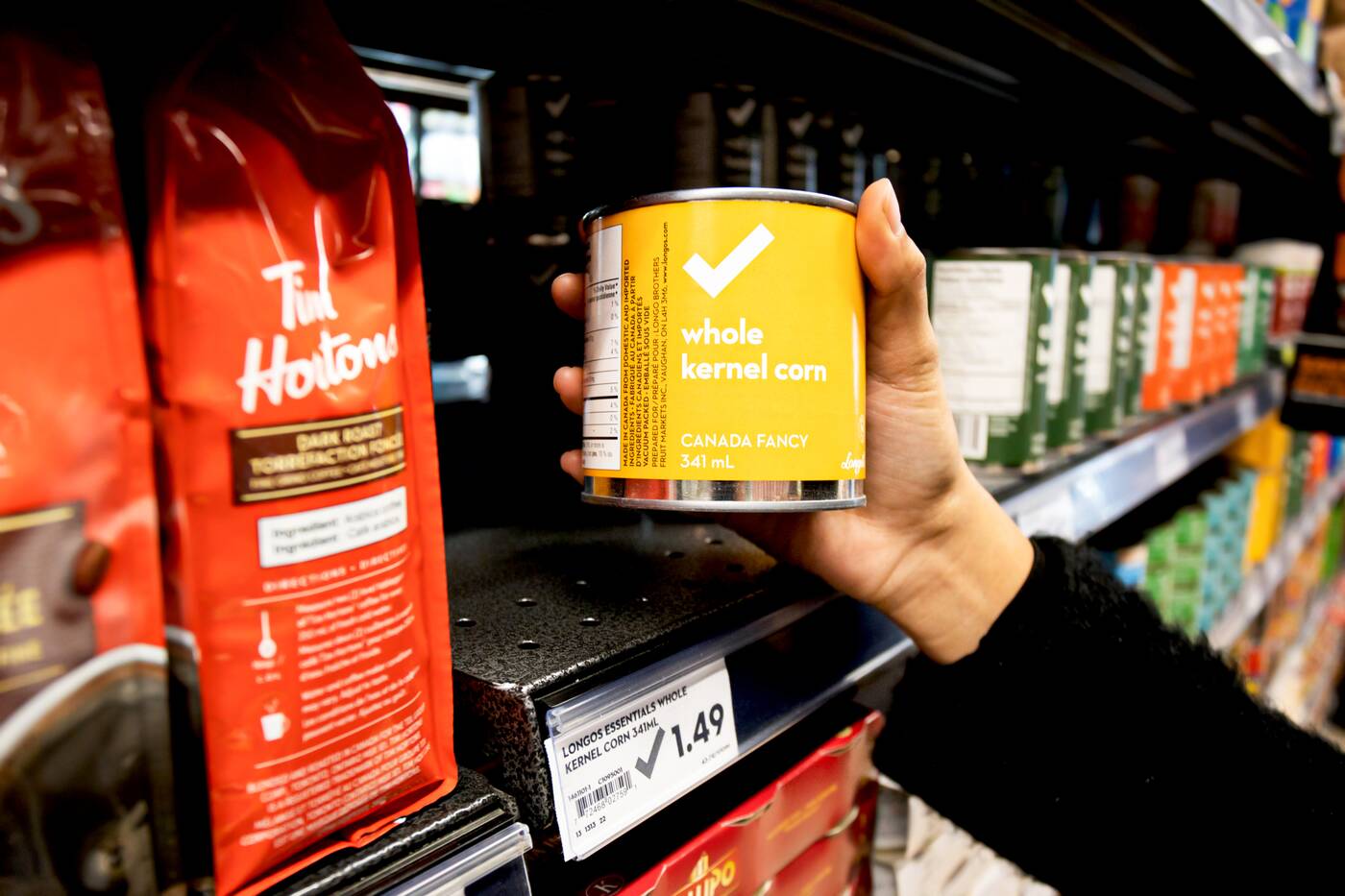 The private-label whole kernel corn at Longos costs more than Green Giant branded products at Loblaws or No Frills.

Corn was almost relatively the same sitting at $1.29 at Loblaws, $1.49 at Longos and one dollar at No Frills. 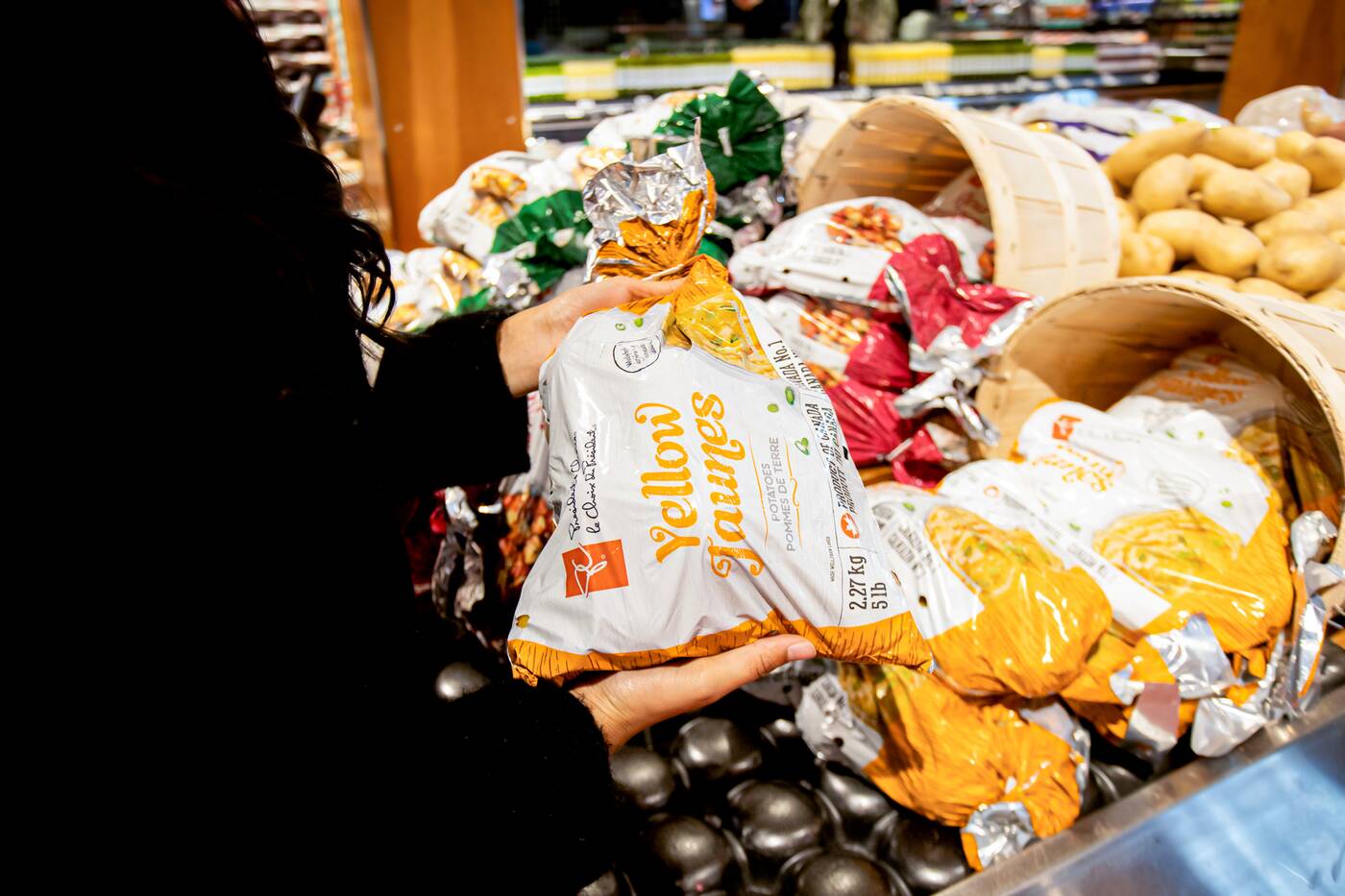 The identical PC brand potatoes at both No Frills and Loblaws were also available for different prices.

One of the key ingredients in our lemon chicken dinner is the lemons.

A kilo of lemons probably sounds like a lot to you but this clocked in around three or four large lemons. 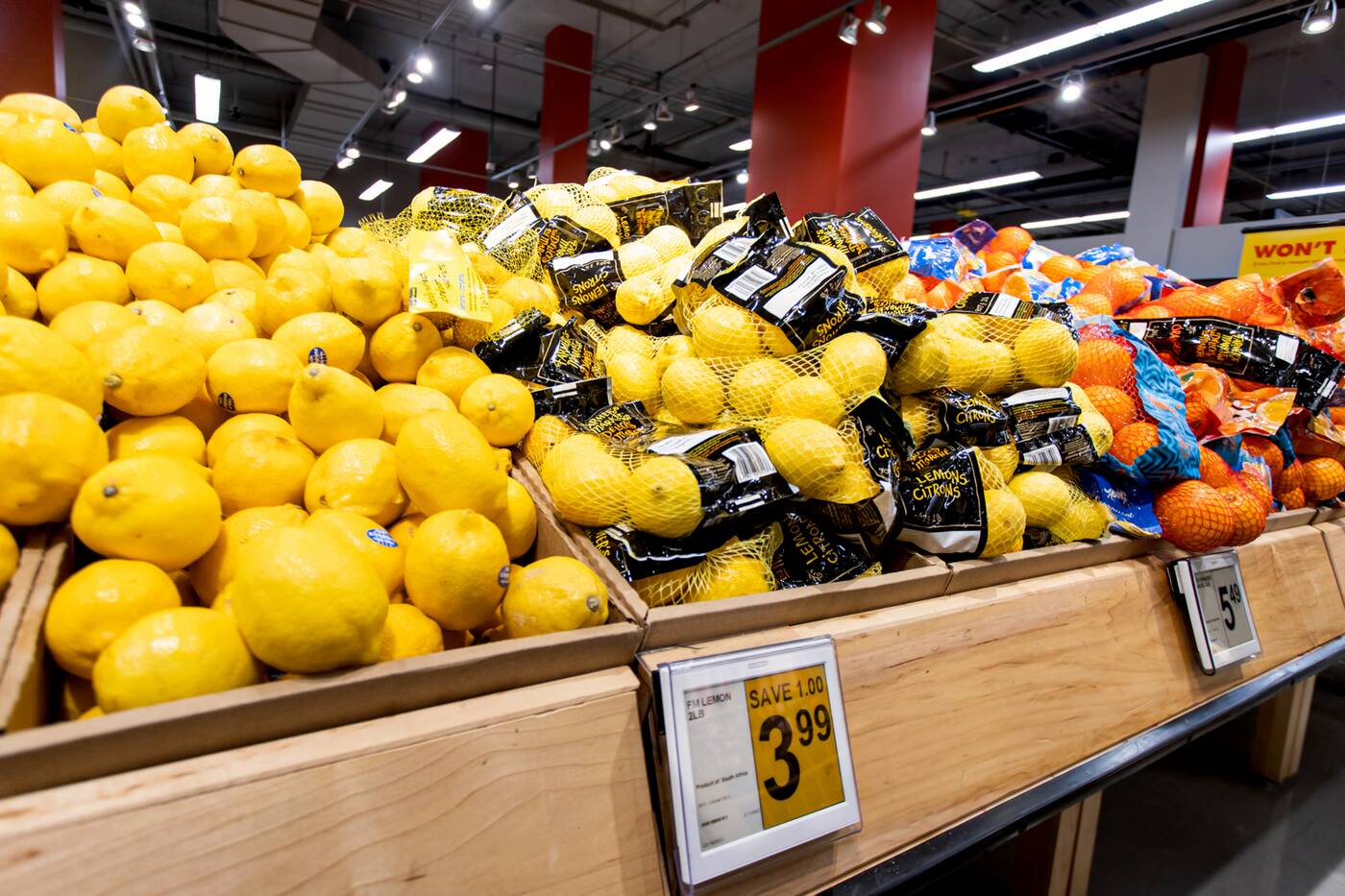 As for our final ingredients, the ever-important herbs, they had varying prices. 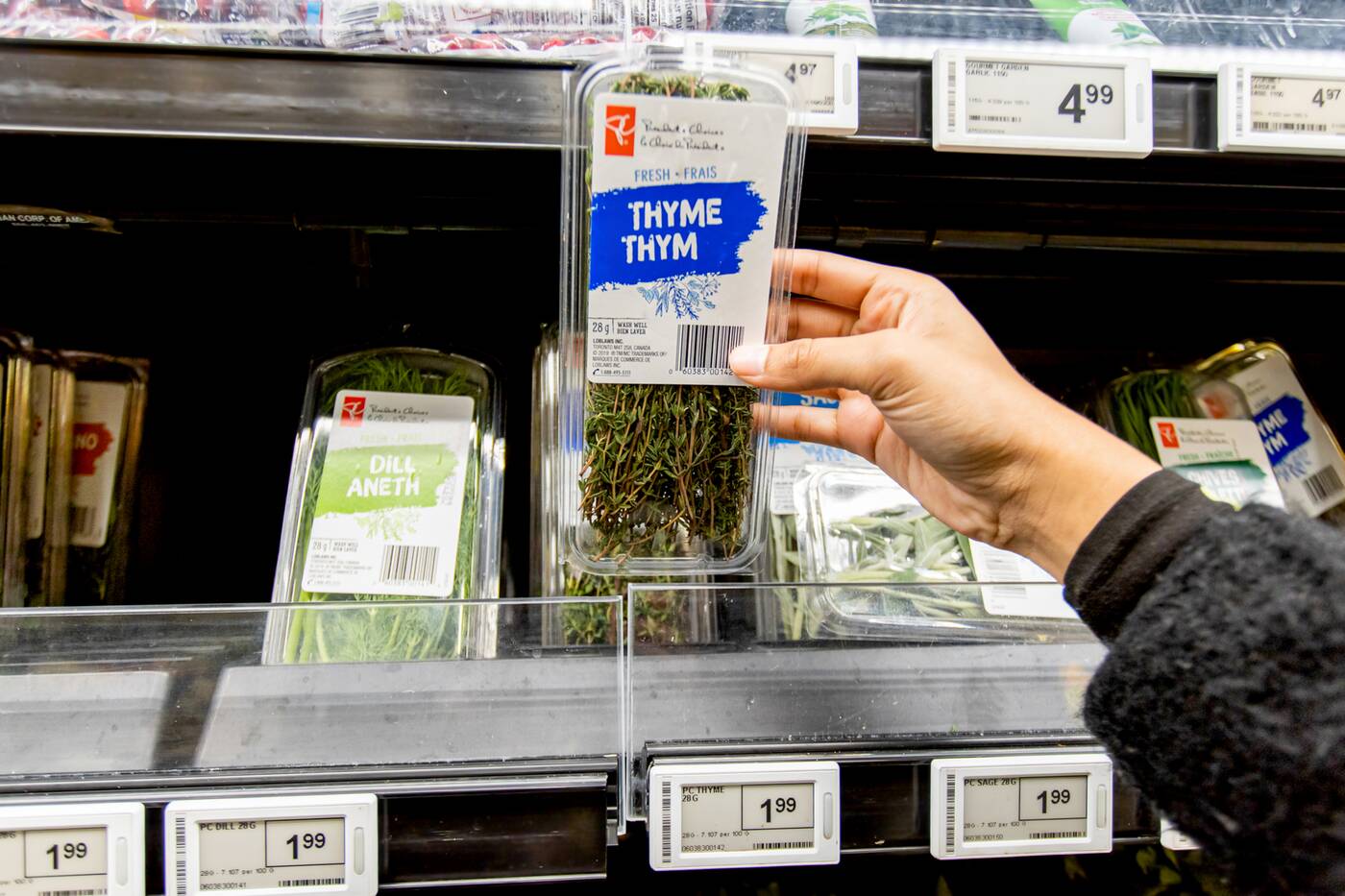 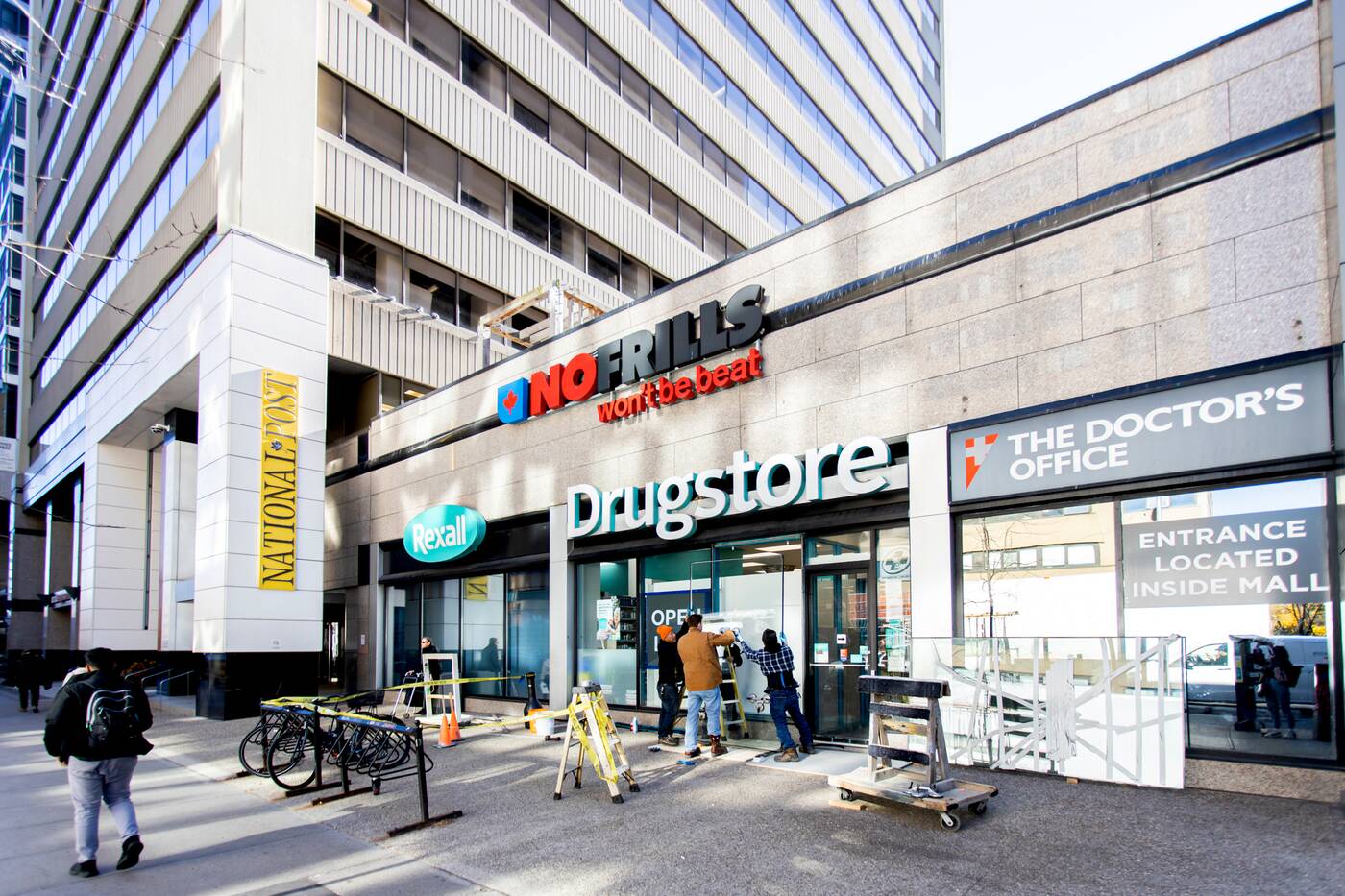 Although this price comparison doesn't involve a strict quality test it's safe to say that for this recipe No Frills was the cheapest choice by just a couple dollars.

So what do the grocers have to say about these prices?

Loblaws tells blogTO that more than 1,500 no name products have had their price frozen and that they're giving customers savings through pricing and promotions.

"This year we're tracking to give members more PC Optimum points than any other year – well over $1 billion worth of points. " 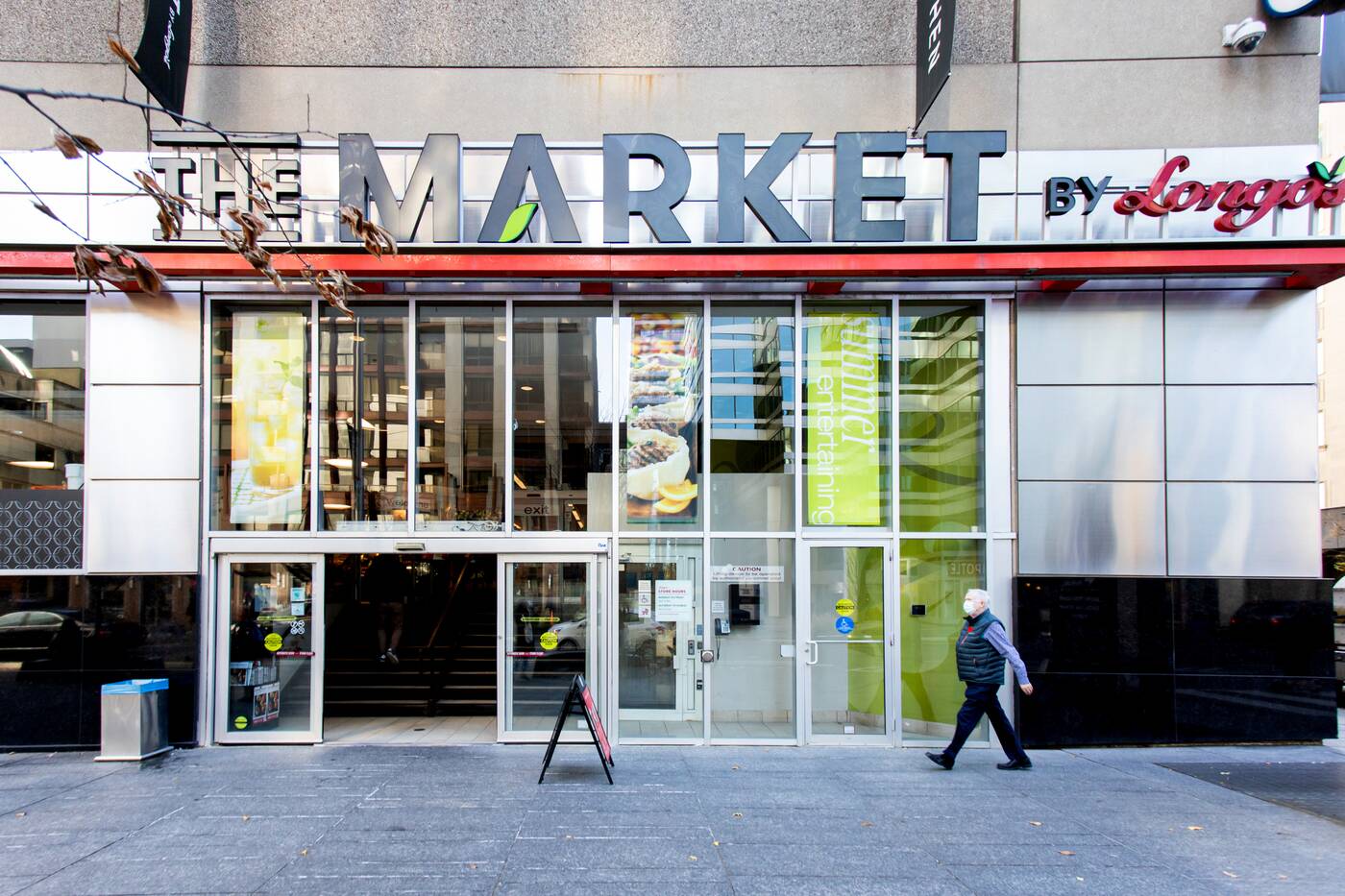 This is the same message from Longos, who said they are increasing the assortment of their private-label items.

"We are also offering more options through our loyalty program, Thank You Rewards, which provides member pricing on essential items throughout the store and allows guests to accumulate points toward free groceries," they said.

Both grocers said they will continue to provide customers with the best price option possible.

Now that we've done the math, go forth and make a delicious lemon roast chicken dinner!

A calculation error does appear in our original video where Longos' total bill was under-reported at $41.68 instead of $44.87 (which accounts for the weight-adjusted mushrooms). With the correction, Longos still remains the most expensive of the three stores we did our price comparisons at.