Even when your TTC trip isn't technically underground, many of Toronto's subway stations still feel subterranean.

One Toronto-based architecture and urban design firm have envisioned a new look for what might be one of the ugliest subway stations on the TTC's network with a simple transformation that would alter the experience of Line 2 passengers and the general public who have the misfortune of passing the station's blank concrete exterior.

Despite its location right next to one of Toronto's most beautiful assets in High Park, the elevated Keele Station is walled off behind a barren expanse of concrete bridging over Parkside Drive, a visual blight on the street and a missed placemaking opportunity for the station.

In light of a #ParksideDrive re-design, Keele Station is also due for a revamp. pic.twitter.com/e4g3vtVd7W

Inspired by its contribution to a conceptual design for Victoria Park Station's 2000s rebuild, as well as its work on a concept for a redesigned Parkside Drive, Brown and Storey Architects shared a new vision for opening up Keele Station.

And it's really as simple as tearing down that wall, Reagan style.

A representative of the firm tells blogTO that "Keele Subway Station is hidden beneath a monolithic, pre-cast concrete bridge. Given the community's demand for a safer, re-designed Parkside Drive, Keele station is also due for a revamp," attributing the station's austere look to its quick and economical construction.

"The opacity of the station squanders its relationship to High Park—the park is hidden in plain sight. By opening up the pre-cast concrete bridge and south-facing station walls, transit users would be welcomed to Keele Station with a panoramic view of High Park and the Waterfront beyond Parkside Drive."

It wouldn't be a completely unprecedented move, as a similar project was carried out at Victoria Park Station in the late 2000s, adding windows to the elevated concrete bunker.

More recently, a deal was secured to introduce new affordable and market-rate rentals to the Victoria Park station site, something the people at Brown and Storey think could be replicated at Keele to fund any future upgrades, including a potential de-concretization. 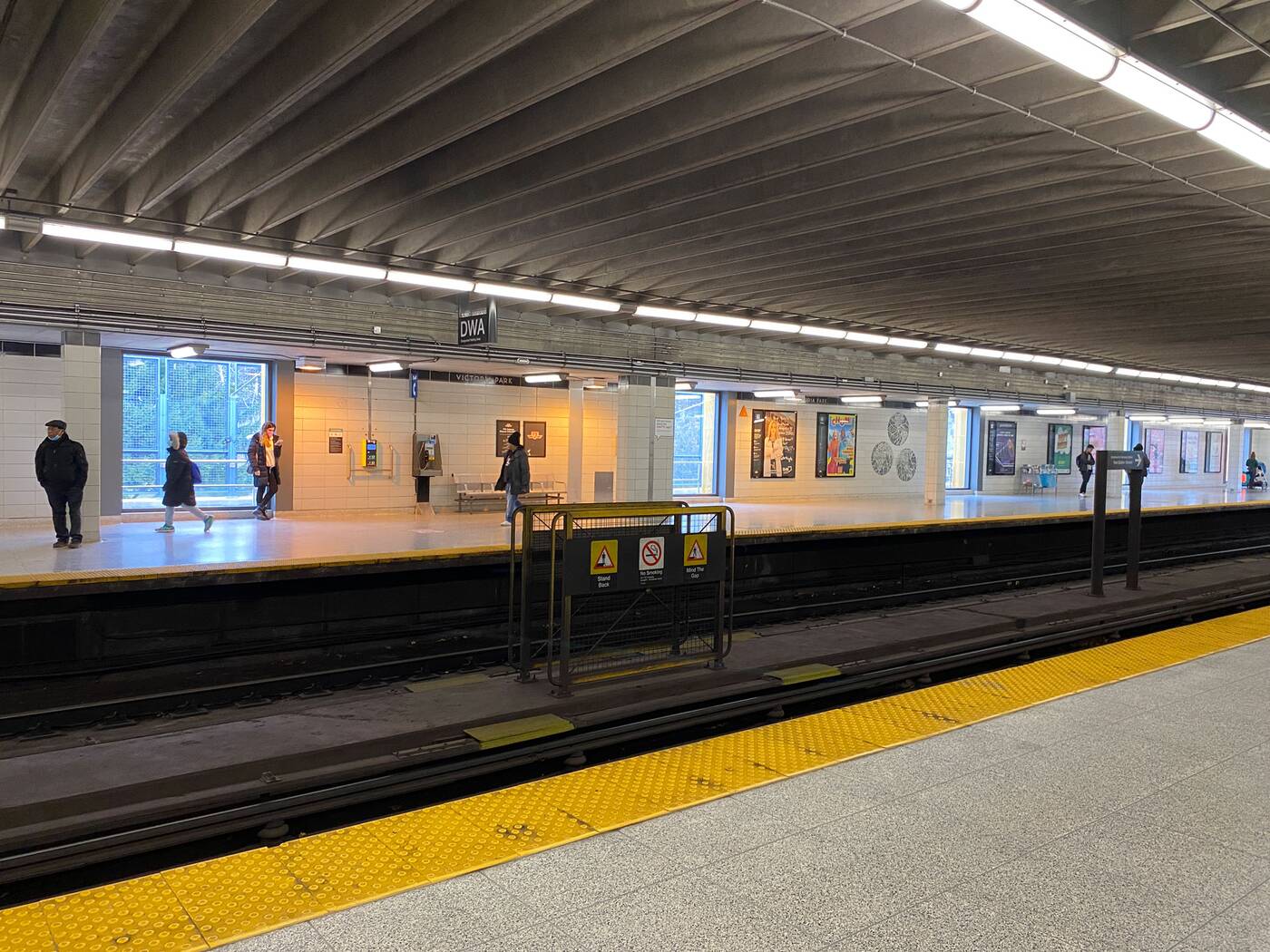 According to the firm, "New residential buildings could be built over Keele Station, which could be leveraged toward station and public space improvements. Intensifying around transportation hubs should be common planning practice."

"People from all over the city access High Park from Keele Station. Yet this major city corner is a hostile environment with no urban design qualities."

"This issue should be considered at a civic scale—there is inoperable infrastructure of unsafe and inadequate pedestrian and cycling access that undervalues the potential shared pleasure to be found in the public realm surrounding a major metropolitan destination park."

"Improvements to Keele Station have everything to do with High Park and the safety issues plaguing Parkside Drive."