A once-beloved Toronto event venue has been reduced to rubble, but its former footprint will soon be transformed into a staging ground for a new transit station serving the Liberty Village and West Queen West neighbourhoods.

The former event space at 99 Sudbury Street — known for hosting everything from wild after-hours raves to conventions — was shuttered in April 2019 in advance of the coming King–Liberty GO Station, which itself replaced earlier plans to construct a 26-storey boutique hotel and condo tower at the site.

Conceived as part of John Tory's SmartTrack promise, the stop is one of five new infill stations that will be constructed in a watered-down version of the undelivered plan the newly-reelected mayor successfully campaigned on in 2014.

Eight years later, the line has been whittled down to a shell of that original promise, reimagined from a standalone urban rapid transit line to what is now just a small component in a much broader GO expansion program.

But things are indeed moving for this SmartTrack remnant.

A demolition permit for the former event venue on the station site was issued in November 2021, and after an apparent pause, demolition recently wrapped, freeing the site up for the station's next steps.

According to the transit agency, "to accommodate the construction of the new SmartTrack King-Liberty GO Station, Metrolinx must demolish the existing building at 99 Sudbury Street."

King-Liberty will create a new stop on the Kitchener GO line between Union and Bloor GO stations, accessible via a new enclosed pedestrian bridge connecting King Street and the High Line to a set of new platforms, and a second bridge linking the platforms with Sudbury Street and Joe Shuster Way to the north. 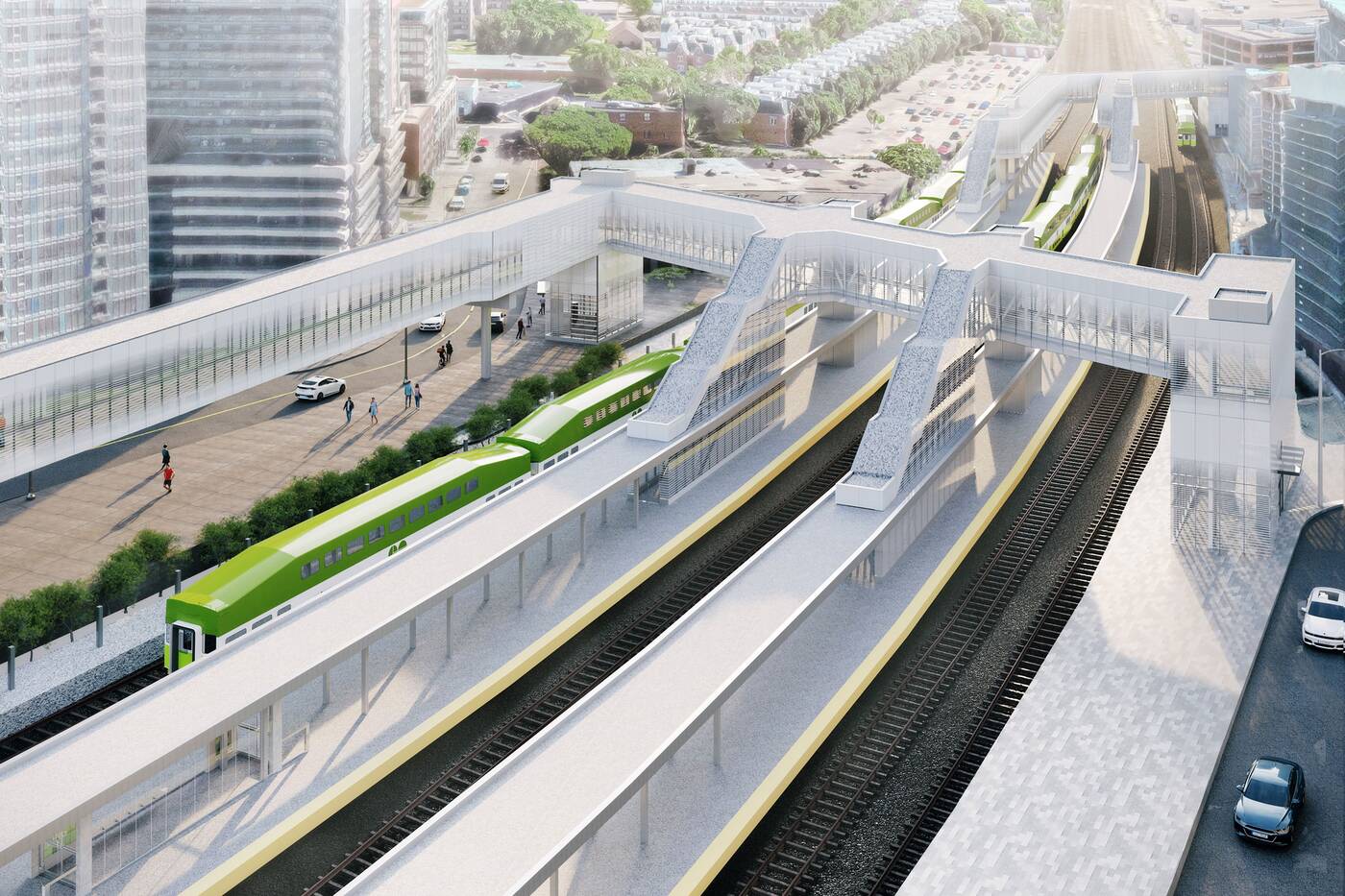 Once complete, King-Liberty will allow area residents to commute directly along the GO corridor to Union Station or to the network's distant regional destinations, which will, in turn, relieve overcrowded streetcar routes in the vicinity.

In fact, Metrolinx predicts that this and the other four infill stations expanding GO service will pull in a combined 110,000 new daily riders by 2031.

This transit infrastructure will double as a new walkable connection between the two communities on opposite sides of the tracks.

Combined with the coming Exhibition Ontario Line station adjacent to the existing Exhibition GO, the new King-Liberty Station just 650 metres to the north will upgrade the area with access to additional transit lines.

The new GO station is expected to be operational by as early as 2026, with the Ontario Line targeted to begin commuter service a few years later in 2030.