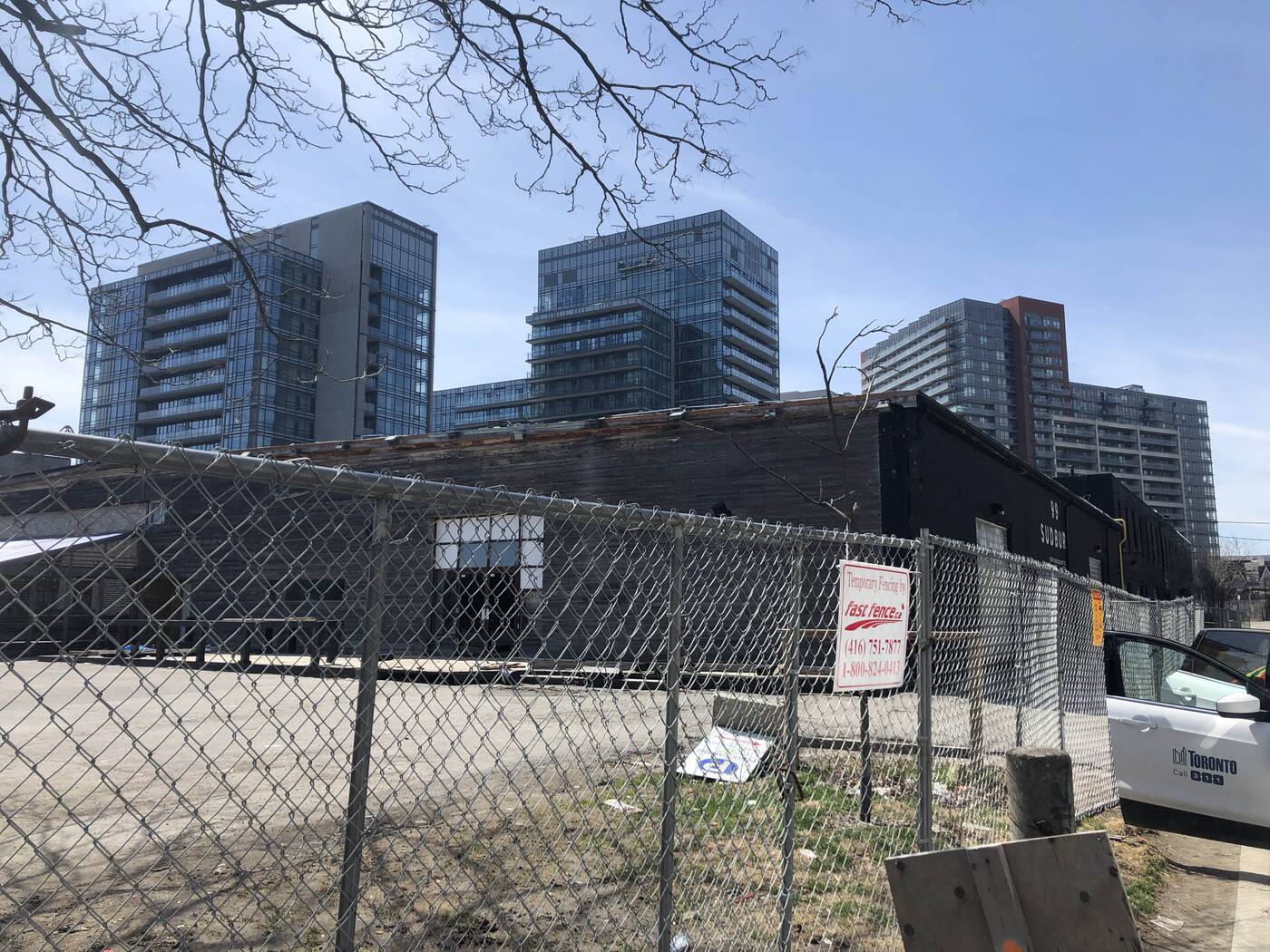 Caution tape and signs on the new fence suggest that it's now a construction zone, though work does not appear to have started on the site just yet.

It only shut down a week ago, after all. 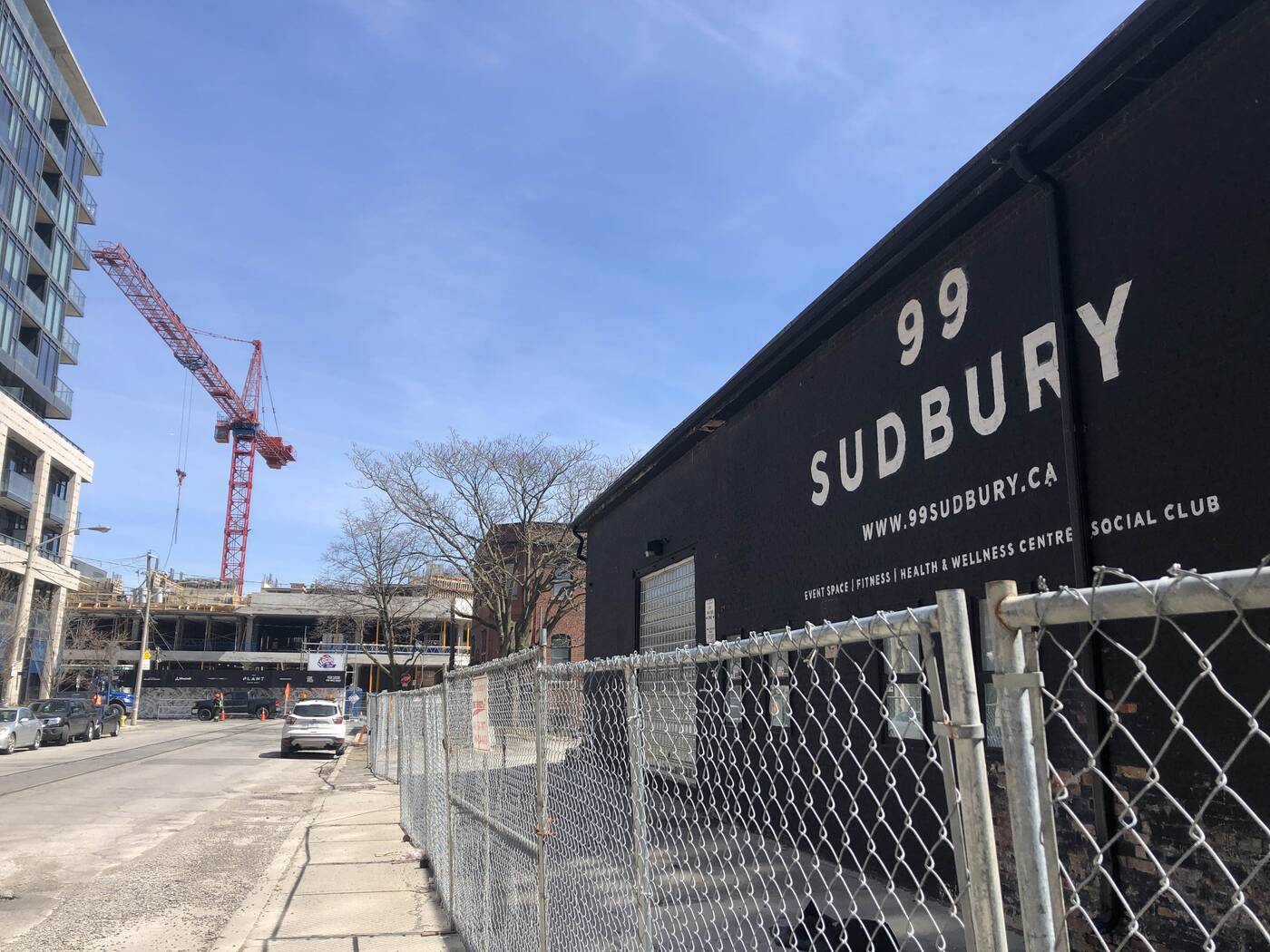 Details on what will happen to the complex as we've known it are hard to come by, but signs on the brick half of the building (the part which has long housed a popular fitness club) suggest that 99 Sudbury closed down for good on April 10.

The website for the self-described "lifestyle establishment" also went offline recently without any fanfare or explanation. Phone numbers for both the event venue and gym are no longer in service. 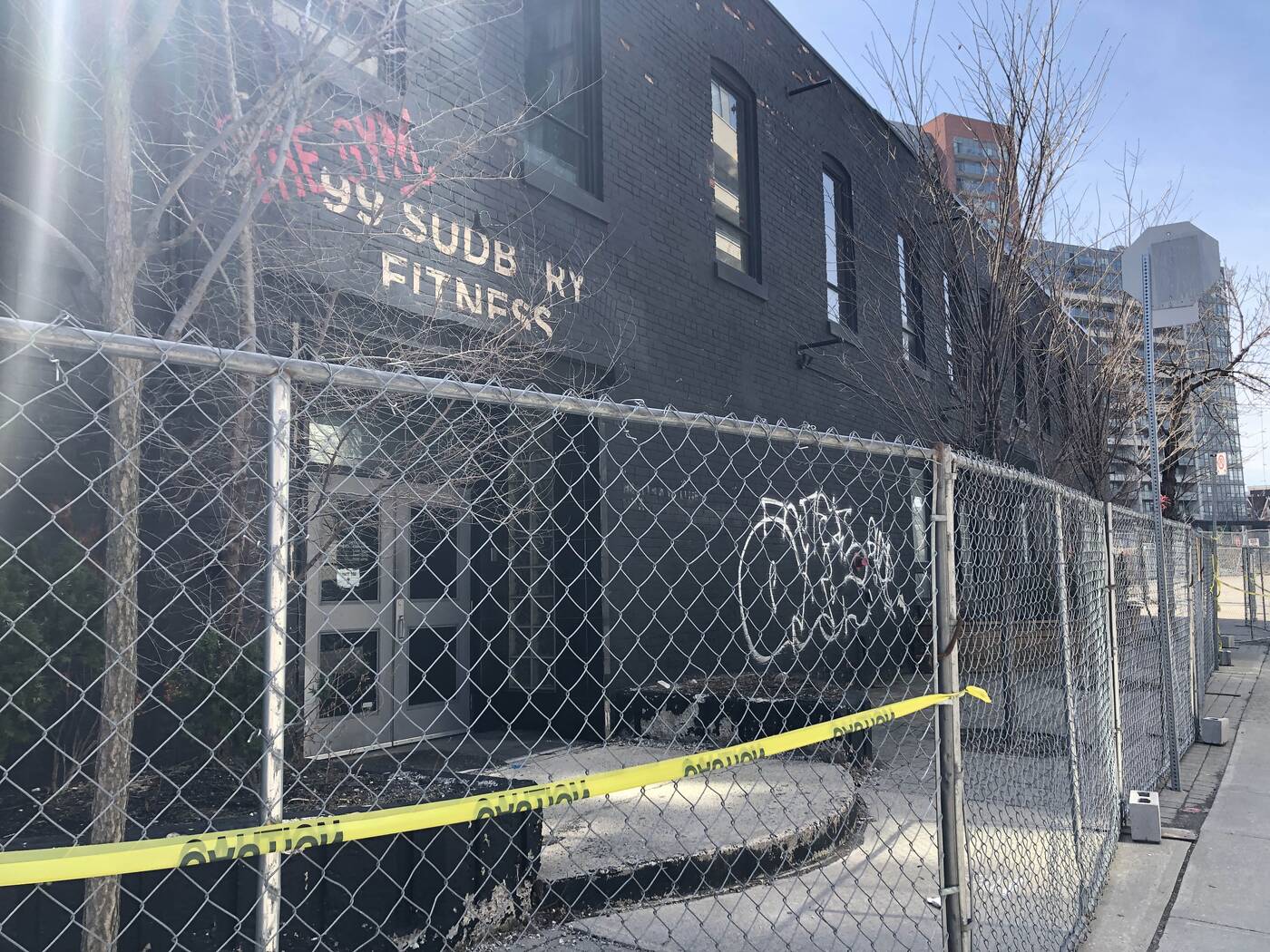 Members lamented the closure of The Gym at 99 Sudbury at the end of March, with some online saying that the building will soon be knocked down to make way for condos.

They're not misguided for thinking that, given previous development applications. They are, however, wrong. 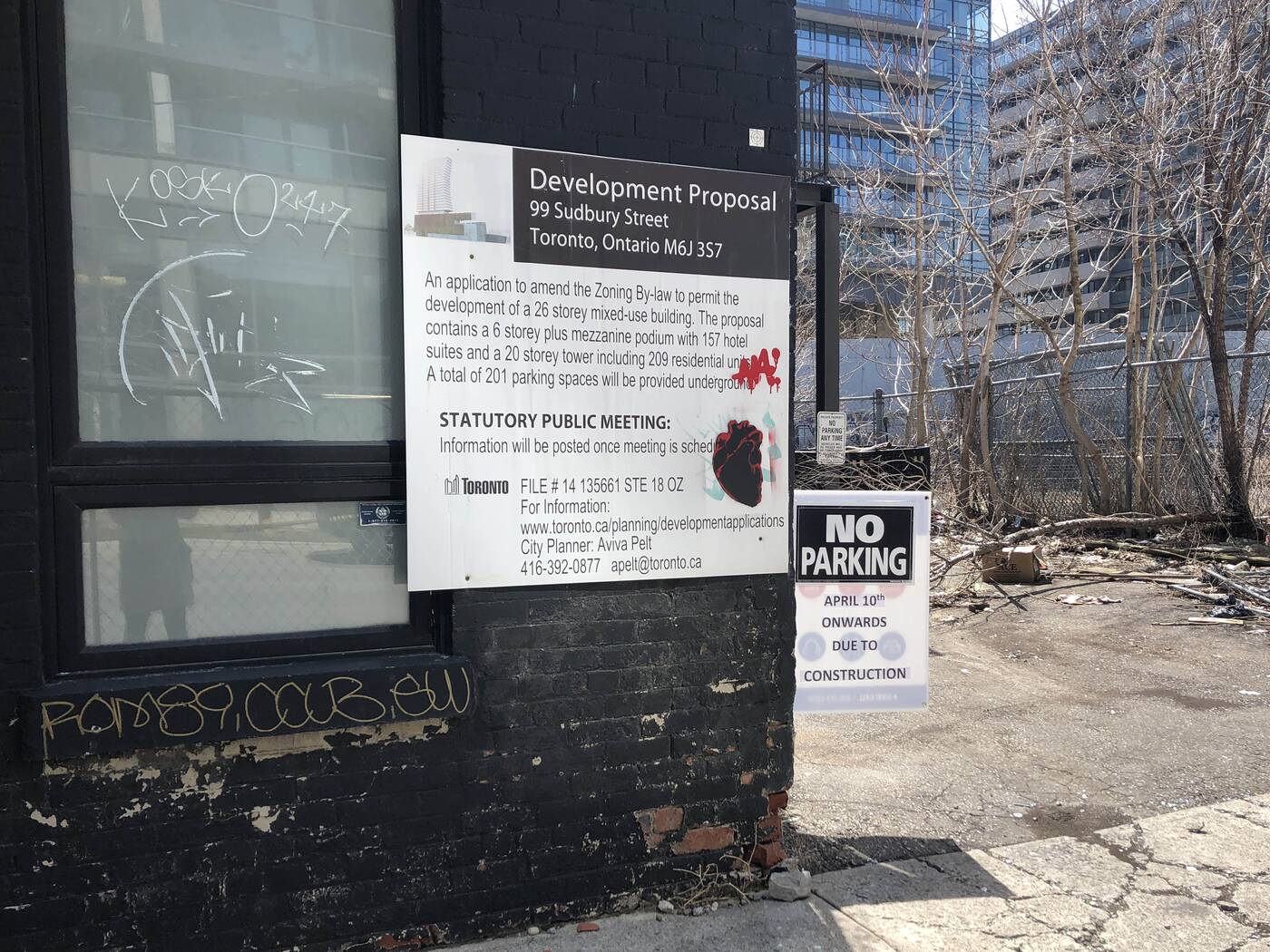 A 2014 rezoning notice for a 26-storey hotel and condo complex remains attached to the west building at 99 Sudbury, but that only means somebody has asked the city for permission to build.

This same application was revised in 2016 when the property's owners filed an appeal with the Ontario Municipal Board due to "a lack of decision by the City within the statutory timeframe."

The status of that appeal remains "open" three years later with no further action, meaning condos have not been approved for the site — but a SmartTrack station has. 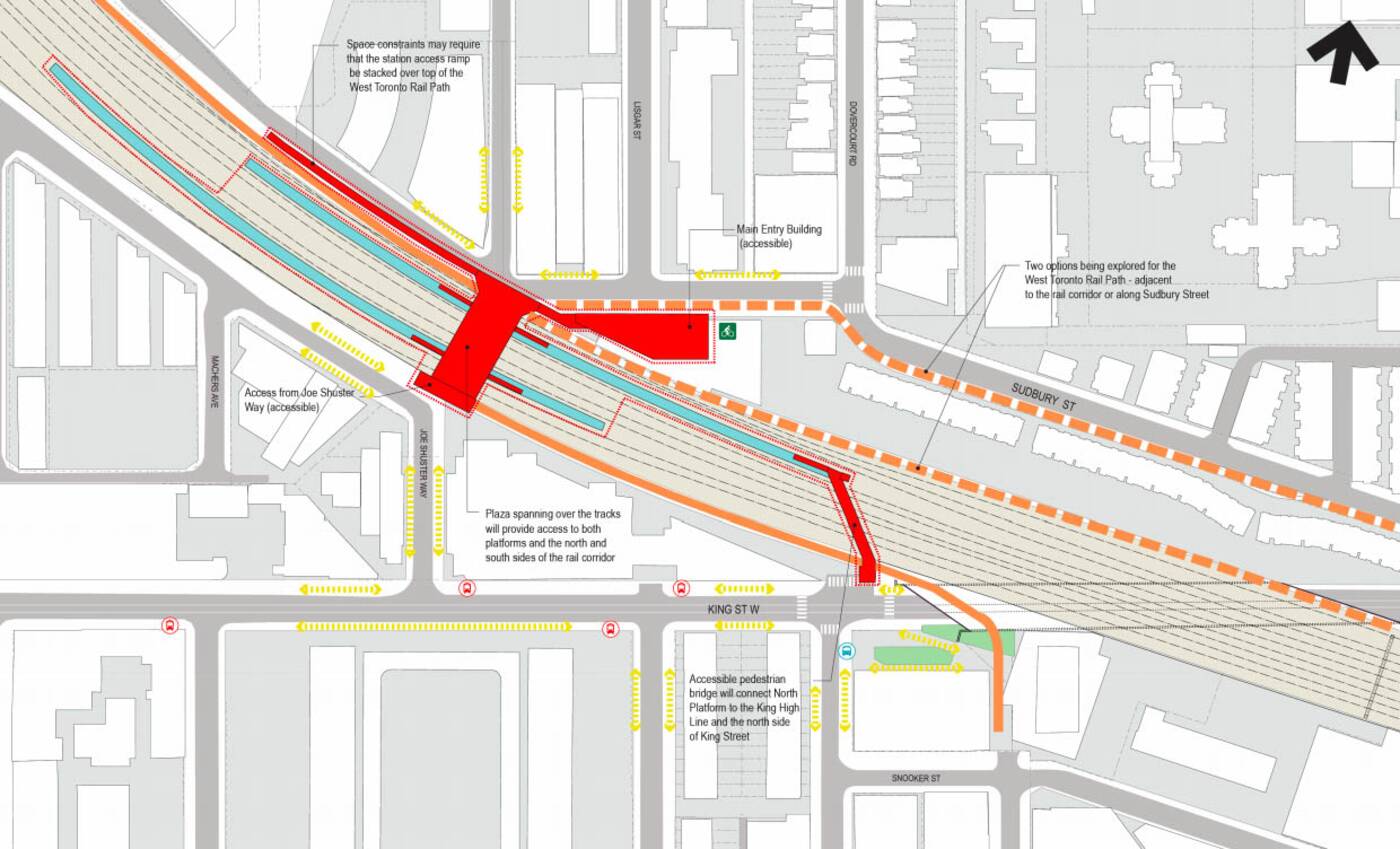 The most recently-available station design update for the King-Liberty SmartTrack station shows a "main entry building" directly atop where 99 Sudbury sits now. Image via smarttrack.to.

The provincial government signed off on all six of these SmartTrack locations in September, okaying the City of Toronto and Metrolinx to move forward with construction. 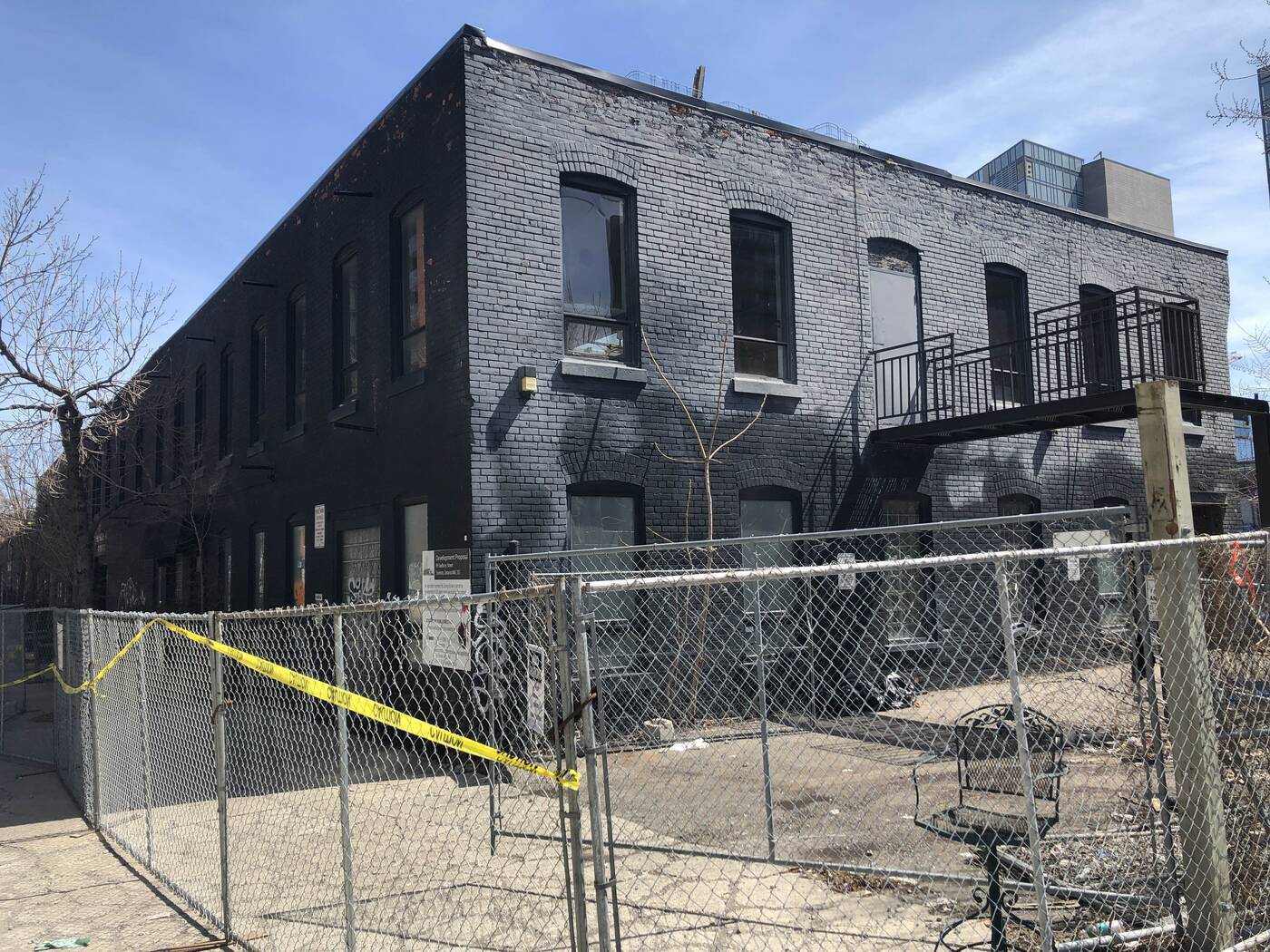 When asked about 99 Sudbury St., the regional transit agency confirmed by email this week that "Metrolinx has purchased the certain rights to this land as required for the purpose of future GO expansion work."

"Metrolinx doesn't discuss the commercially sensitive details of any of our land purchases," said a spokesperson for the company when asked what was planned for the site and when work would begin. 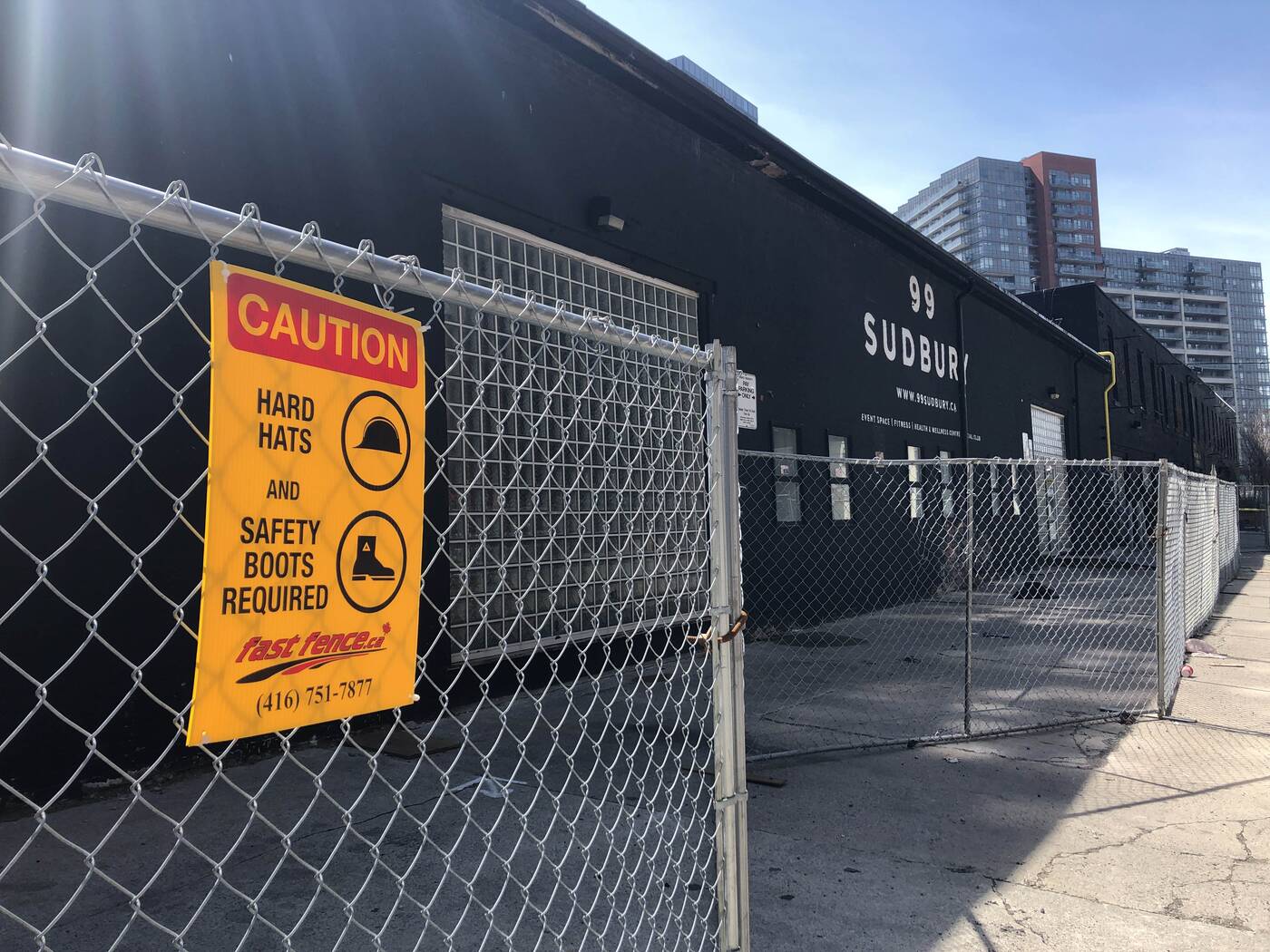 Documents from a Metrolinx board meeting on April 10 suggest that the transit agency will start to solicit "solicit third party interest for new stations" in and around the approved locations.

The process is expected to start sometime this spring and, when complete, "Metrolinx will be able to better understand the scale of the opportunity" for transit oriented developments in each location.

Metrolinx could, theoretically, partner with a development firm to work its new SmartTrack station into a larger mixed-use development, so we can't rule out the possibility of condos just yet. 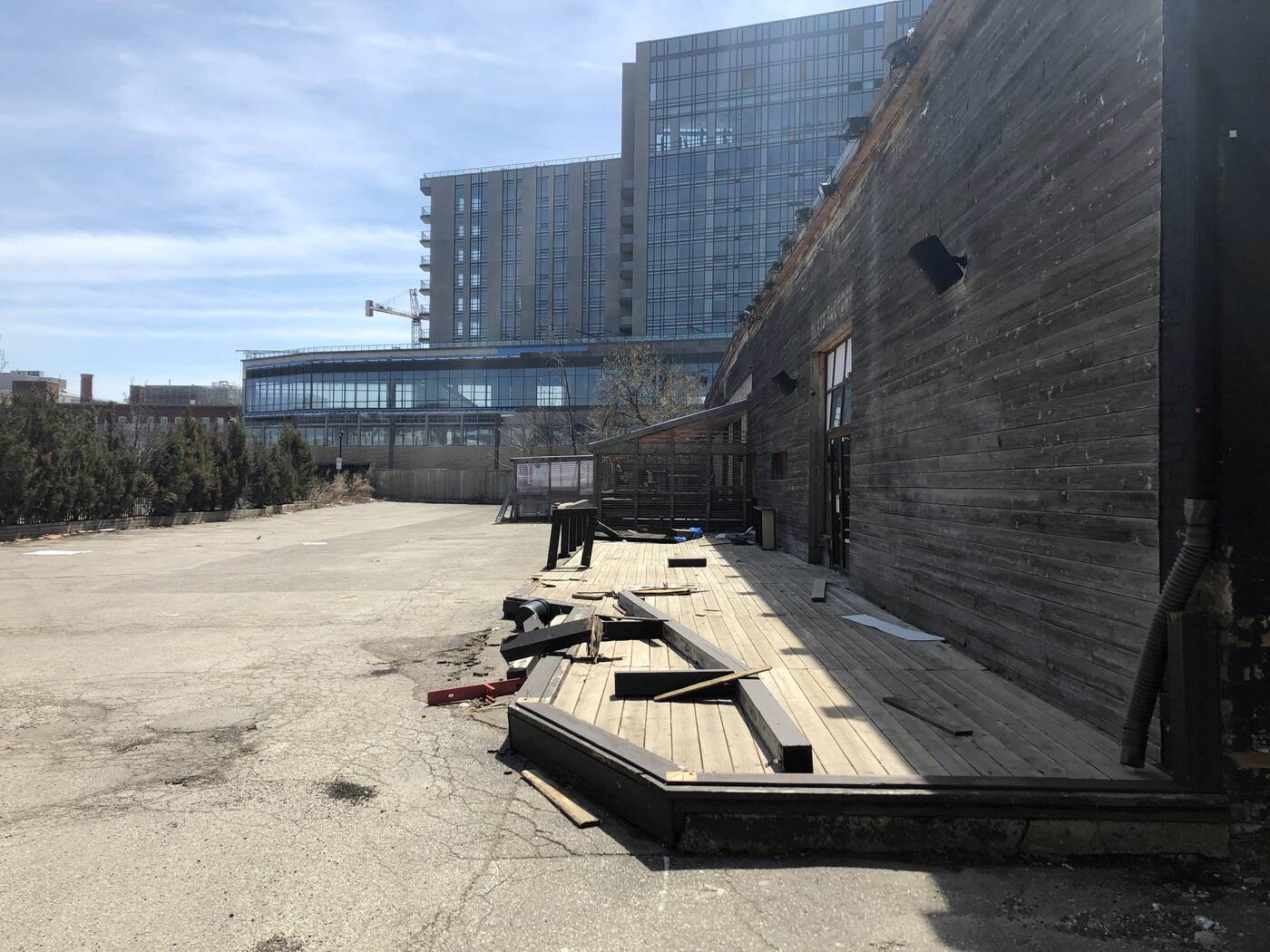 What we can rule out with some certainty is the possibility of any future parties or events at 99 Sudbury, which is truly a shame.

Good times all around.