It may open much later than initially promised, and with only a fraction of the originally-planned stations, but Toronto Mayor John Tory's SmartTrack program is still alive... for now.

What was pitched by Tory in 2014 as a 22-stop rapid surface rail route has been reduced to just five stations as of this week, according to a newly-published report set to go before the city's Executive Committee on January 27.

Two SmartTrack stations have been axed from the most-recent iteration of the plan, which had been approved in 2016 with seven stations running along a GO rail corridor, long before the forthcoming Ontario Line was even a glimmer in Doug Ford's eye.

The two stations in question — Gerrard-Carlaw and Lawrence-Kennedy — "have been removed from the program because they have been replaced by two new stations being funded and delivered by the Province as part of the Subway Program."

The estimated date of completion for the project has also been pushed back from 2021 (obviously) to 2026 — which might still ring as ambitious to some, given how transit developments tend to play out in our fair city.

If approved, procurement work is expected to resume during the second quarter of this year, with roughly the same amount of city funds ($1.463 billion) being spent to construct the five remaining stations.

"The Province will not fund any portion of the Program Budget but will be accountable for its expenditure in consultation with the City," reads the "Advancing the SmartTrack Stations Program" report dated January 13.

"The City will be responsible for reviewing station designs and assisting the Province in evaluating bids, and will continue to engage and collaborate with the Province throughout the design, procurement, construction, delivery and operation of the Program." 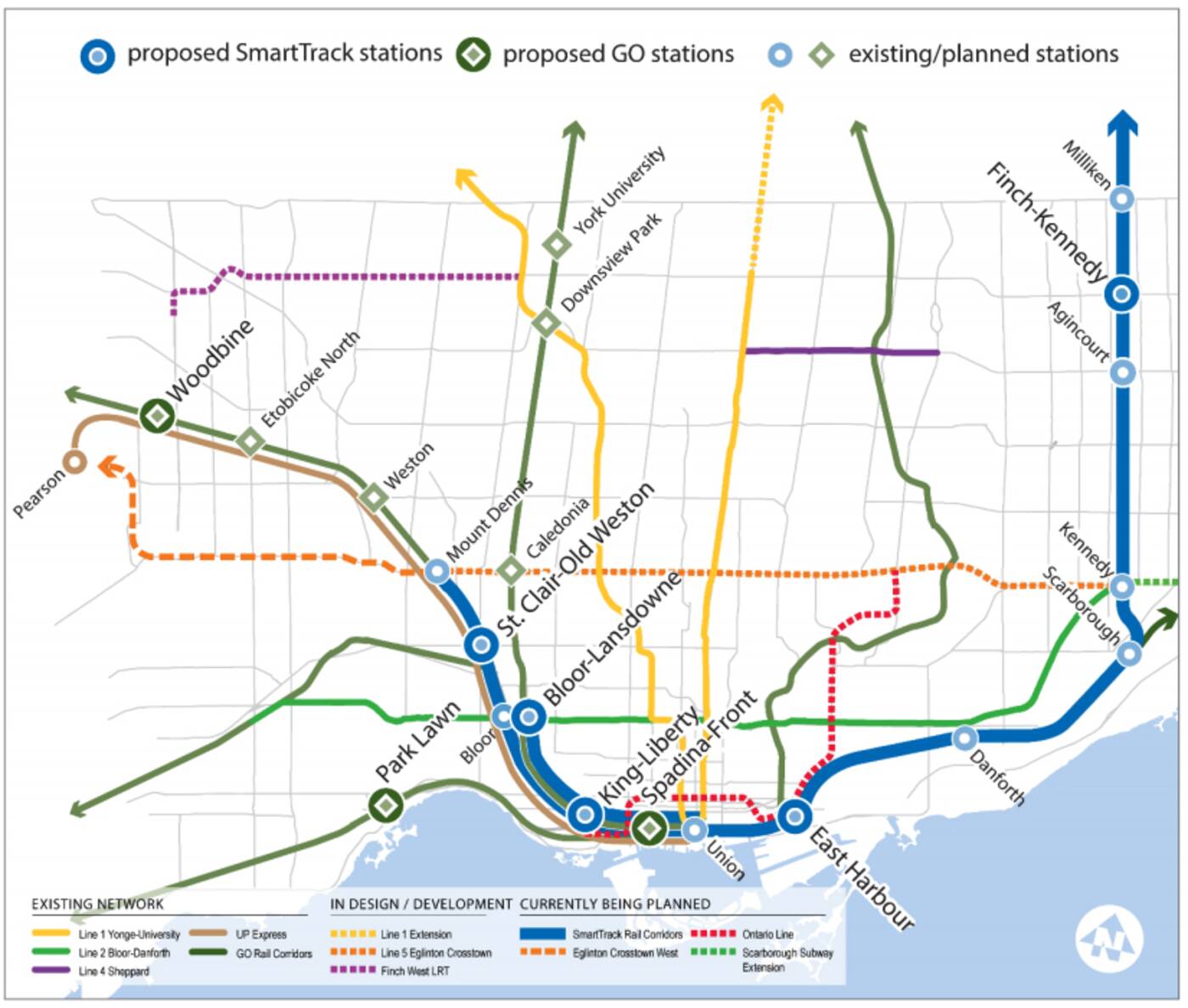 Here are the five new SmartTrack stations that will be serving various GO Rail lines across the City of Toronto by the end of this decade, if all goes well for Tory and his various project teams. 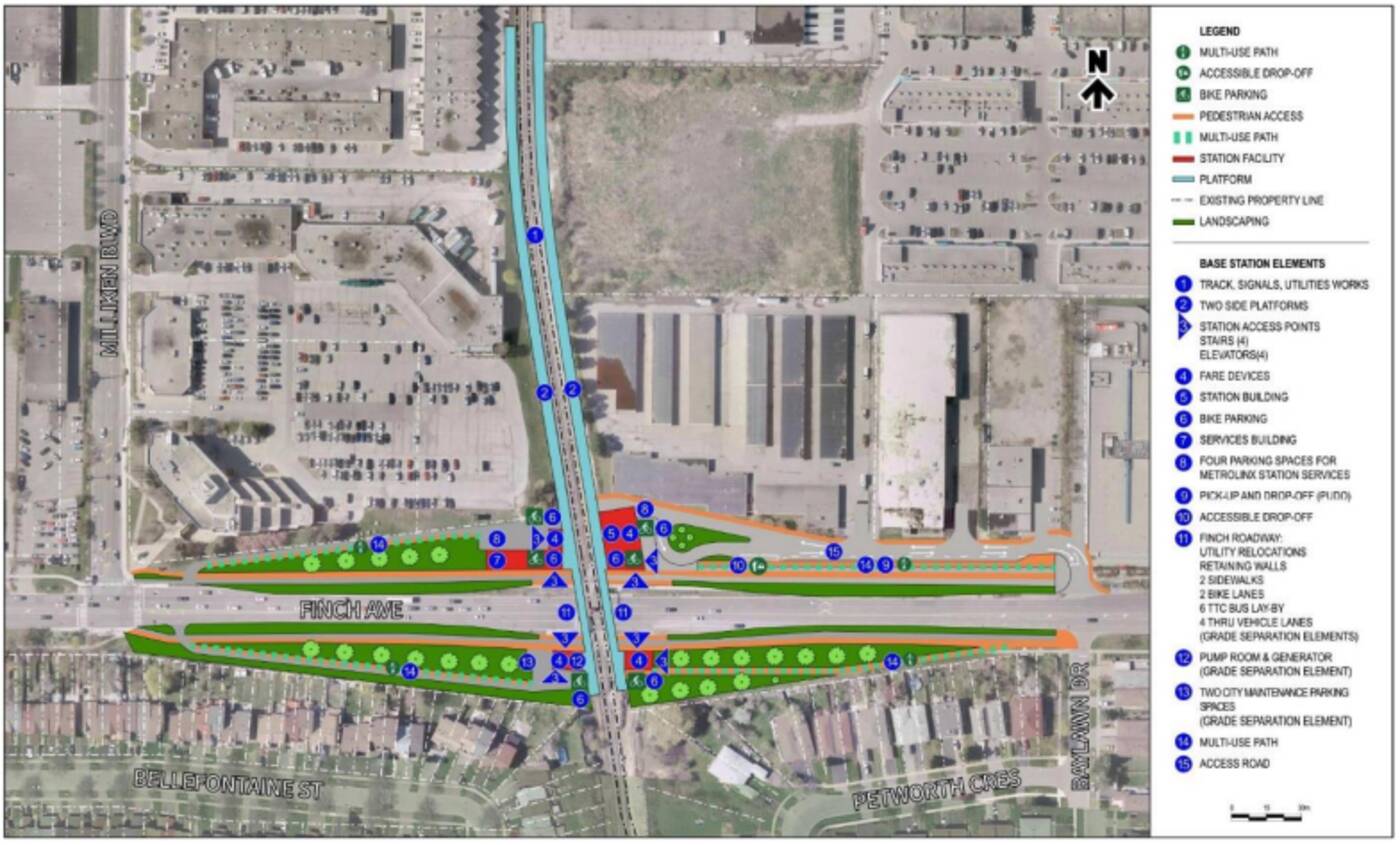 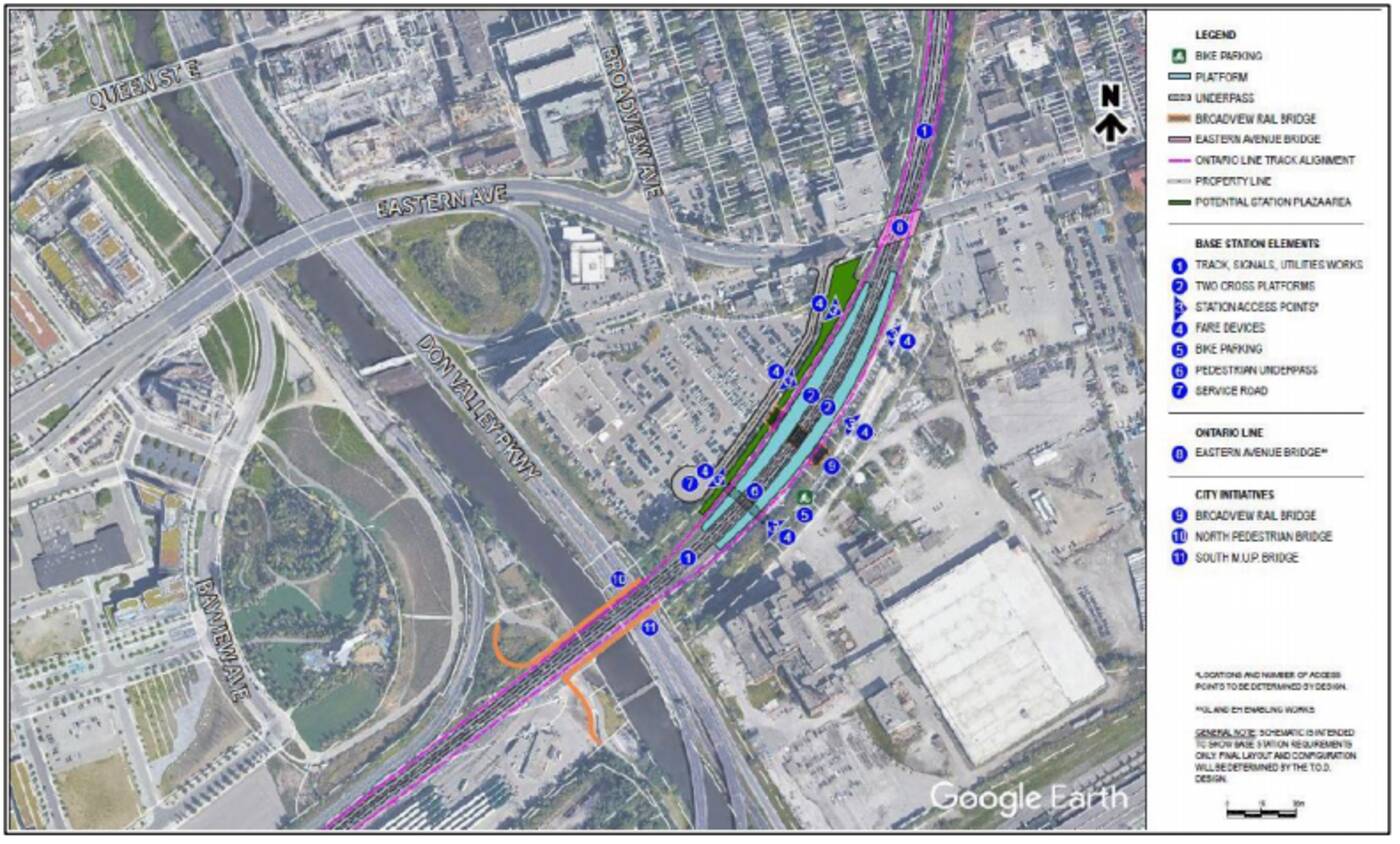 East Harbour Station will be located along the Lakeshore East and Stouffville GO rail corridors, between Union Station to the west in Downtown Toronto and Danforth Station (at Main Street) to the east. The station will generally be situated between the Don Valley Parkway and Eastern Avenue, at the crossing location of the future Broadview Avenue extension in the Unilever Precinct. The station will be built as an integrated transit hub with the Ontario Line East Harbour Station. 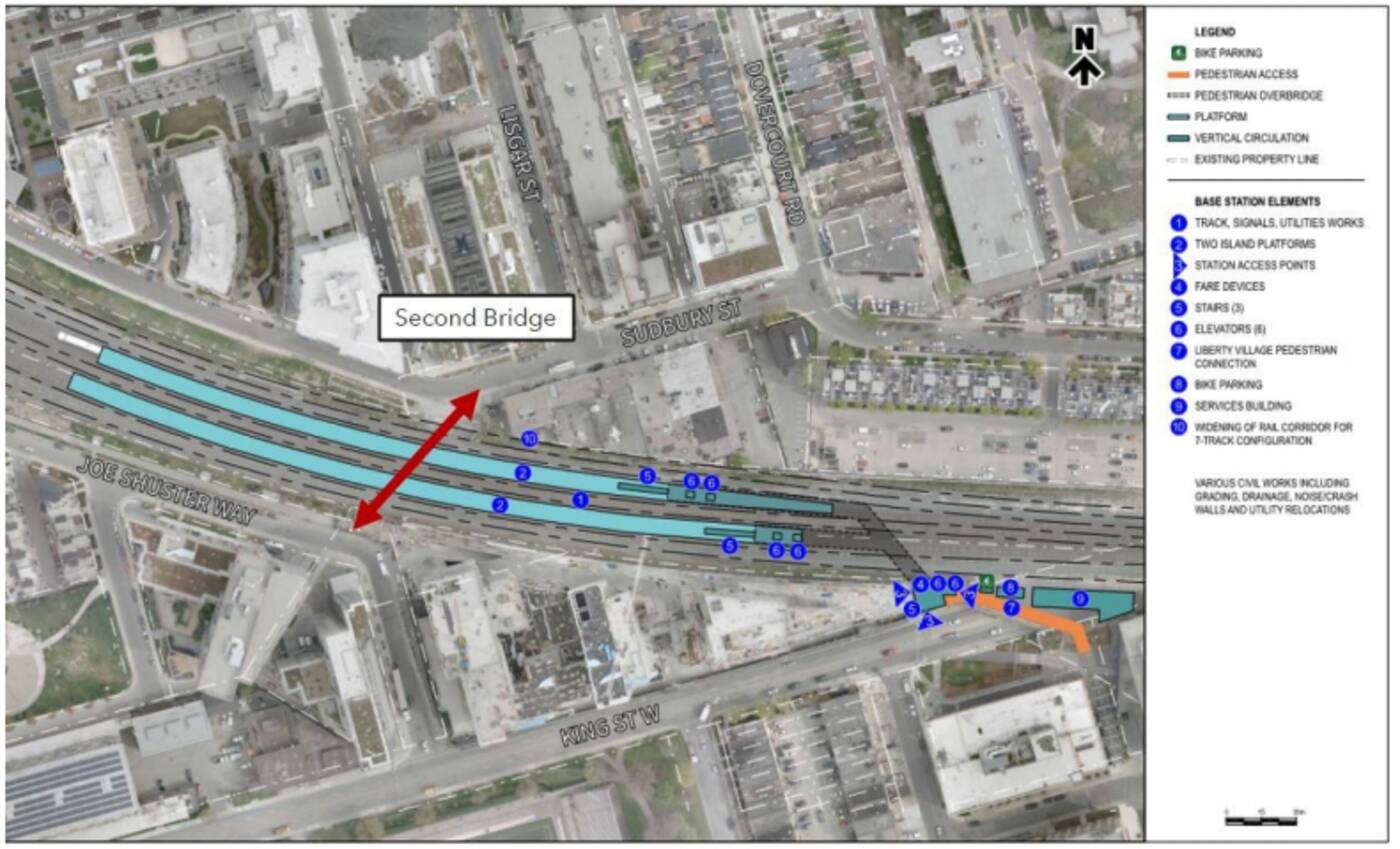 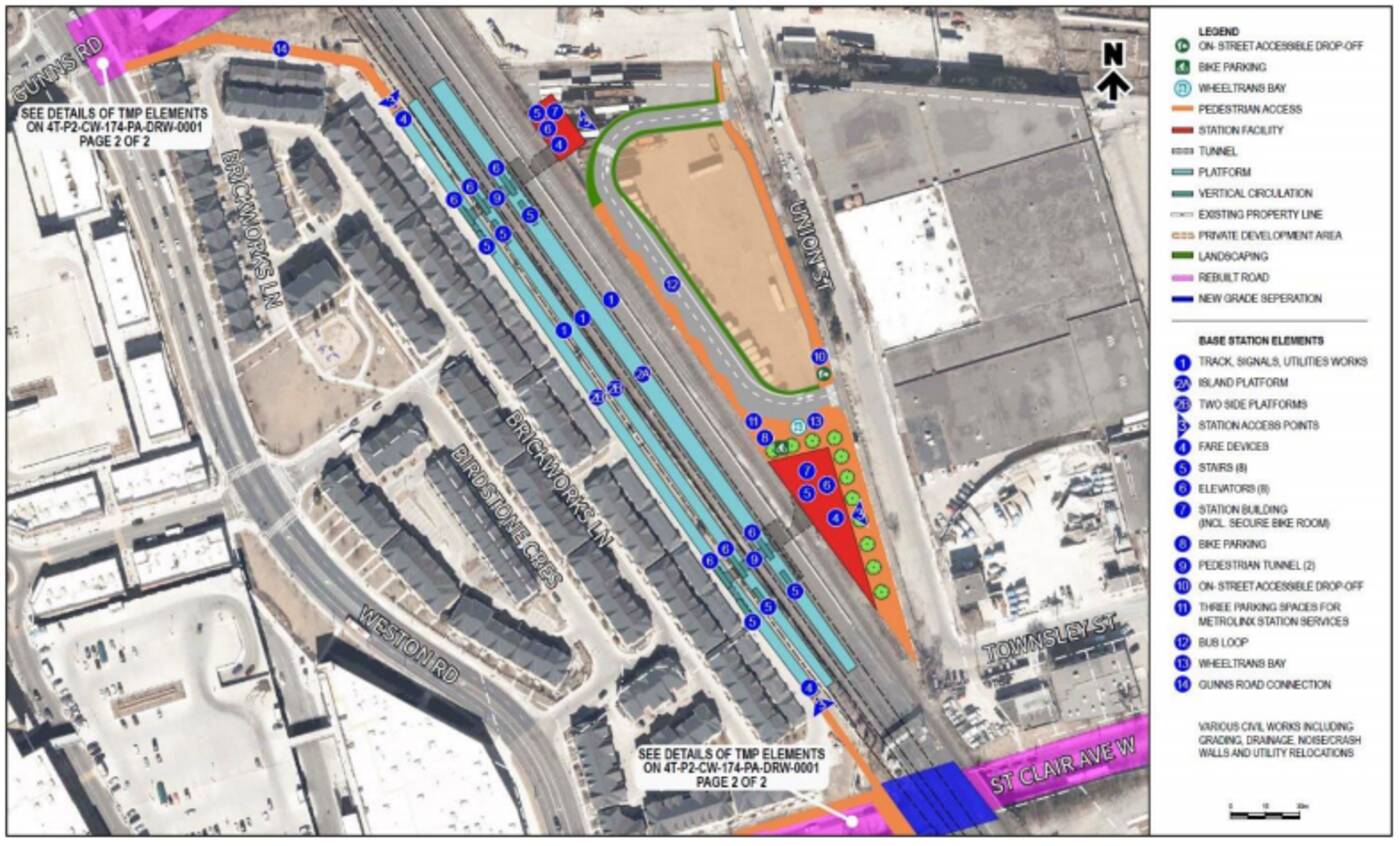 St. Clair-Old Weston Station will be located along the Kitchener GO rail corridor, between the future King-Liberty Station to the east and the under-construction Mount Dennis Station, part of the Eglinton Crosstown Light Rail Transit project, to the west. The station will be situated on the north side of St. Clair Avenue West, about halfway between Weston Road and Old Weston Road. 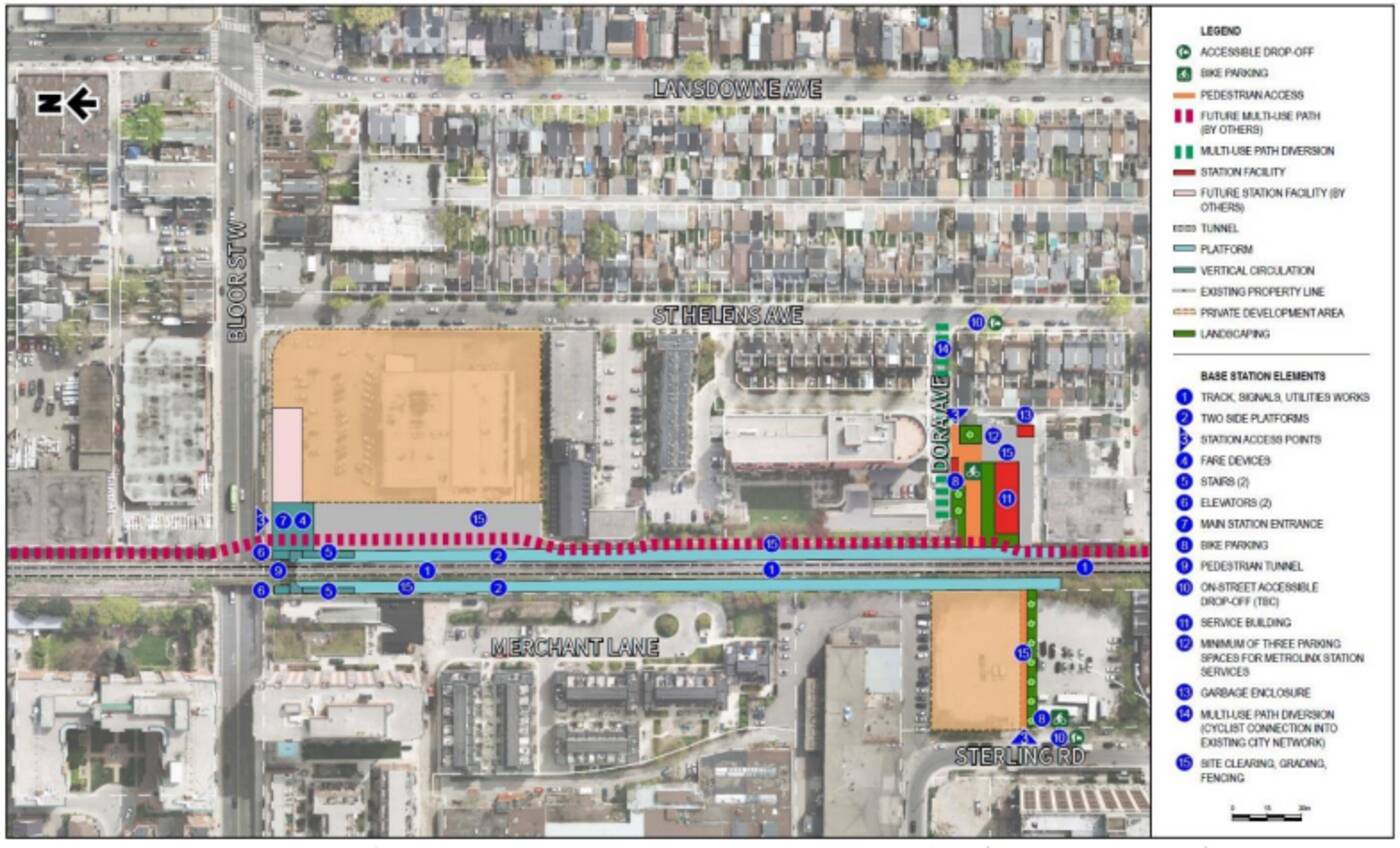 You can read full descriptions of all five remaining stations and modifications to their proposed designs made since 2018 in this technical update provided by the City of Toronto.