Before and during her reign as Canada's head of state, Queen Elizabeth II visited Canada 22 times, and Toronto seven times.

Her first visit to Toronto took place in 1951 just months before she was crowned Queen, while she was still known as Princess Elizabeth.

According to the City of Toronto, Princess Elizabeth visited City Hall and the Royal York Hotel in October of 1951 on a two-day tour.

Approximately 300,000 eager fans waited for her arrival alongside the Duke of Edinburgh outside Old City Hall, the city states. 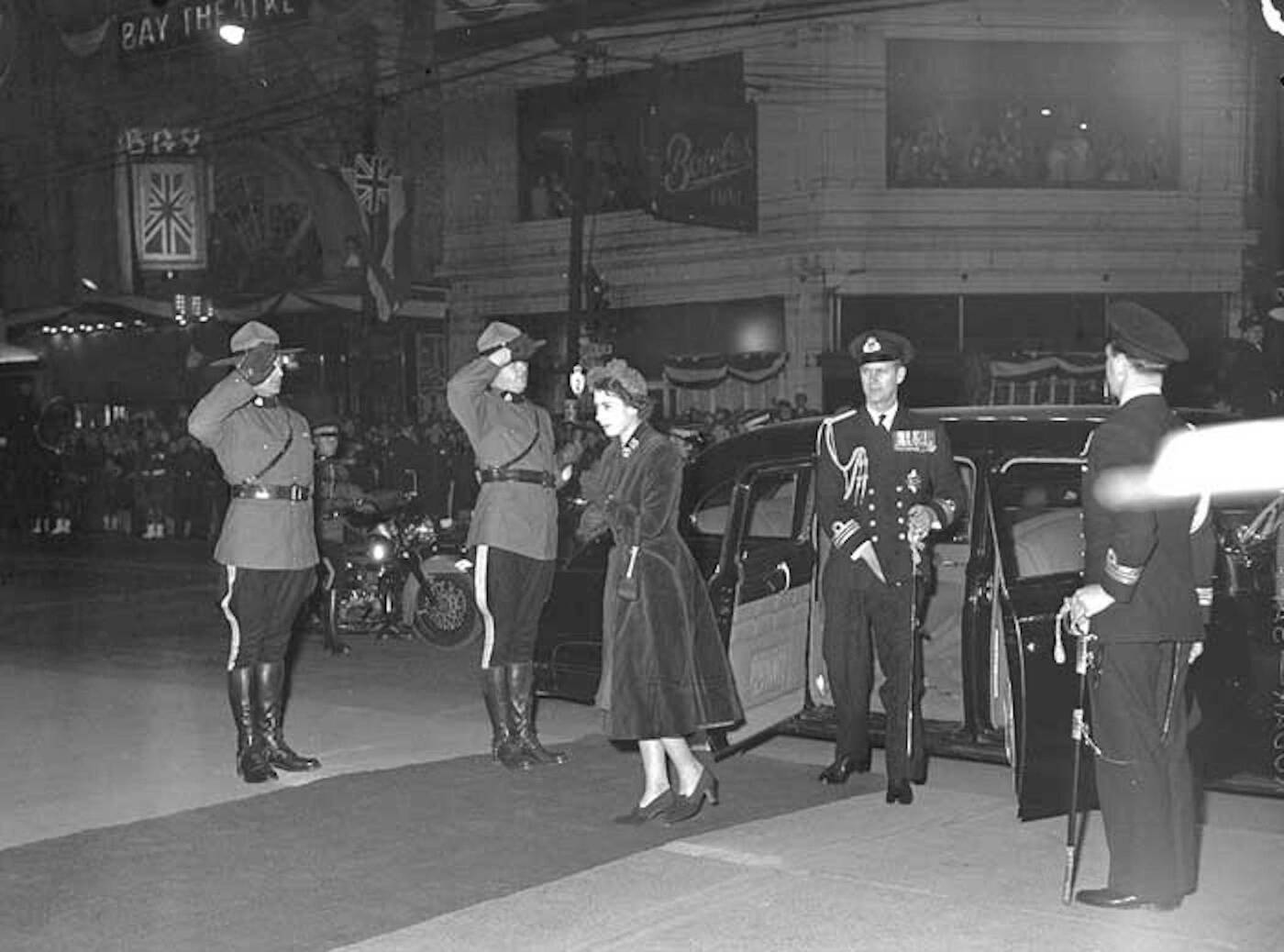 It wasn't until February 1952 while on tour in Kenya that Princess Elizabeth was informed her father King George VI had died, making her Queen at just 25 years old.

When Elizabeth returned to Toronto in 1959 she had been Queen for seven years and was on a Royal Tour of the entire country.

During this occasion, the royal couple sailed into the Toronto Harbour and attended the 100th running of the Queen's Plate at the Woodbine Racetrack in Etobicoke, according to the City of Toronto Archives. 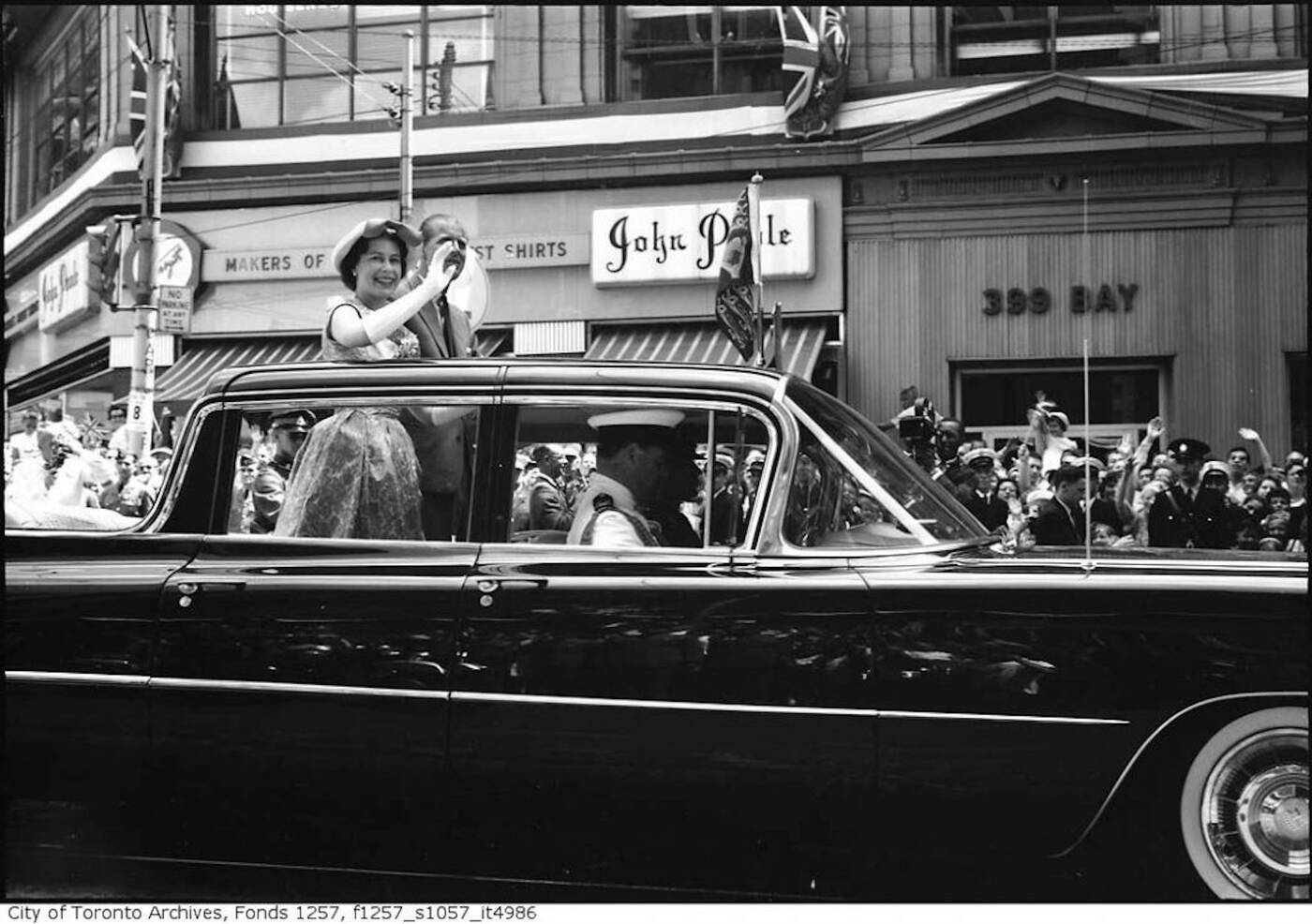 Queen Elizabeth and Prince Philip on Bay Street in 1959. City of Toronto Archives.

Her third trip occurred over 10 years later in 1973 while she was touring Ontario, reports the city's archives.

On this occasion she visited the newly-opened Scarborough Civic Centre, Queen's Park and even released 100 tagged bass into Grenadier Pond in High Park. 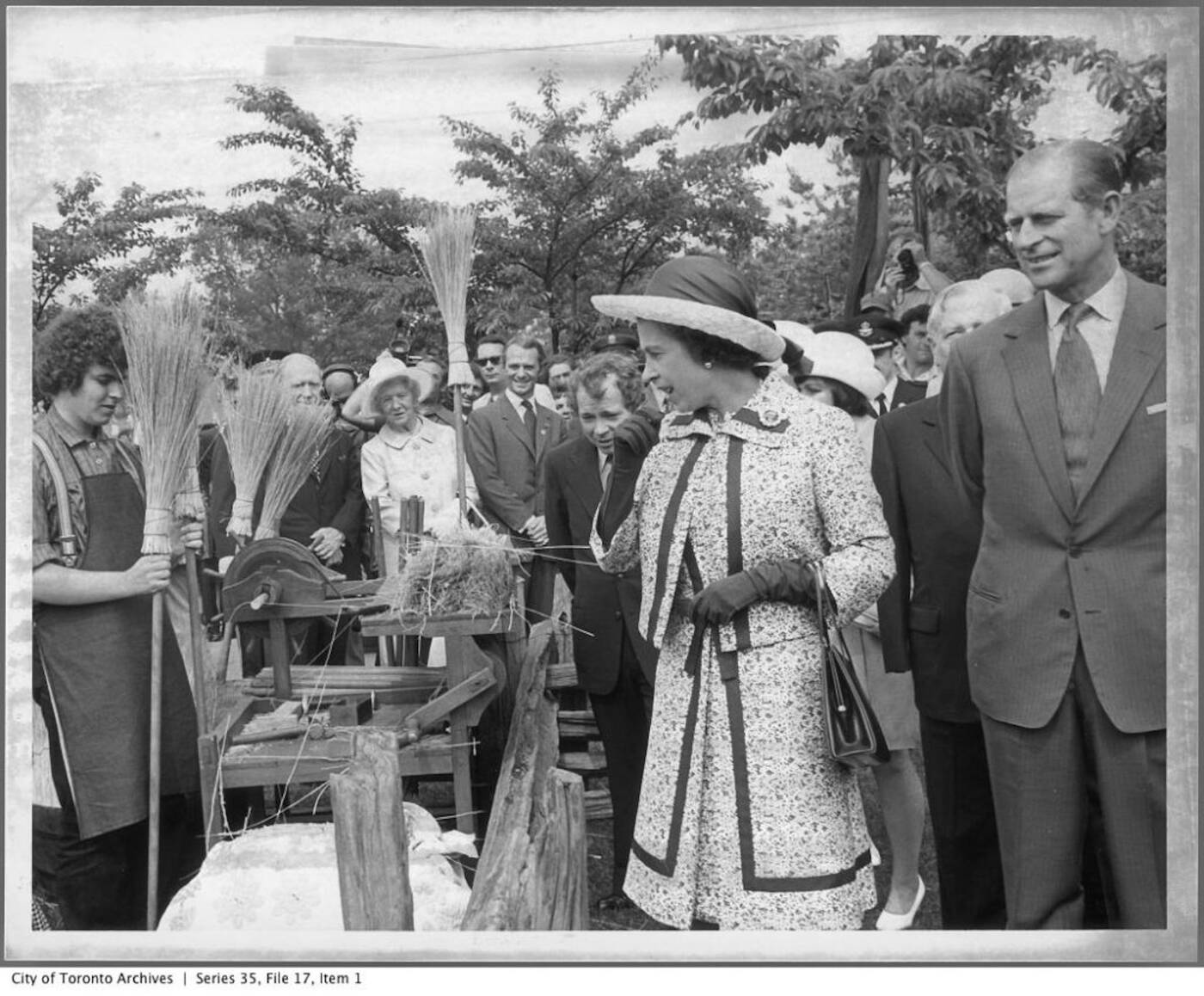 Eleven years later, Queen Elizabeth and the Duke of Edinburgh travelled to Toronto again in 1984.

This year marked the the city's 150th birthday and The Queen met with then Mayor Art Eggleton at Nathan Phillips Square, the archives confirm. 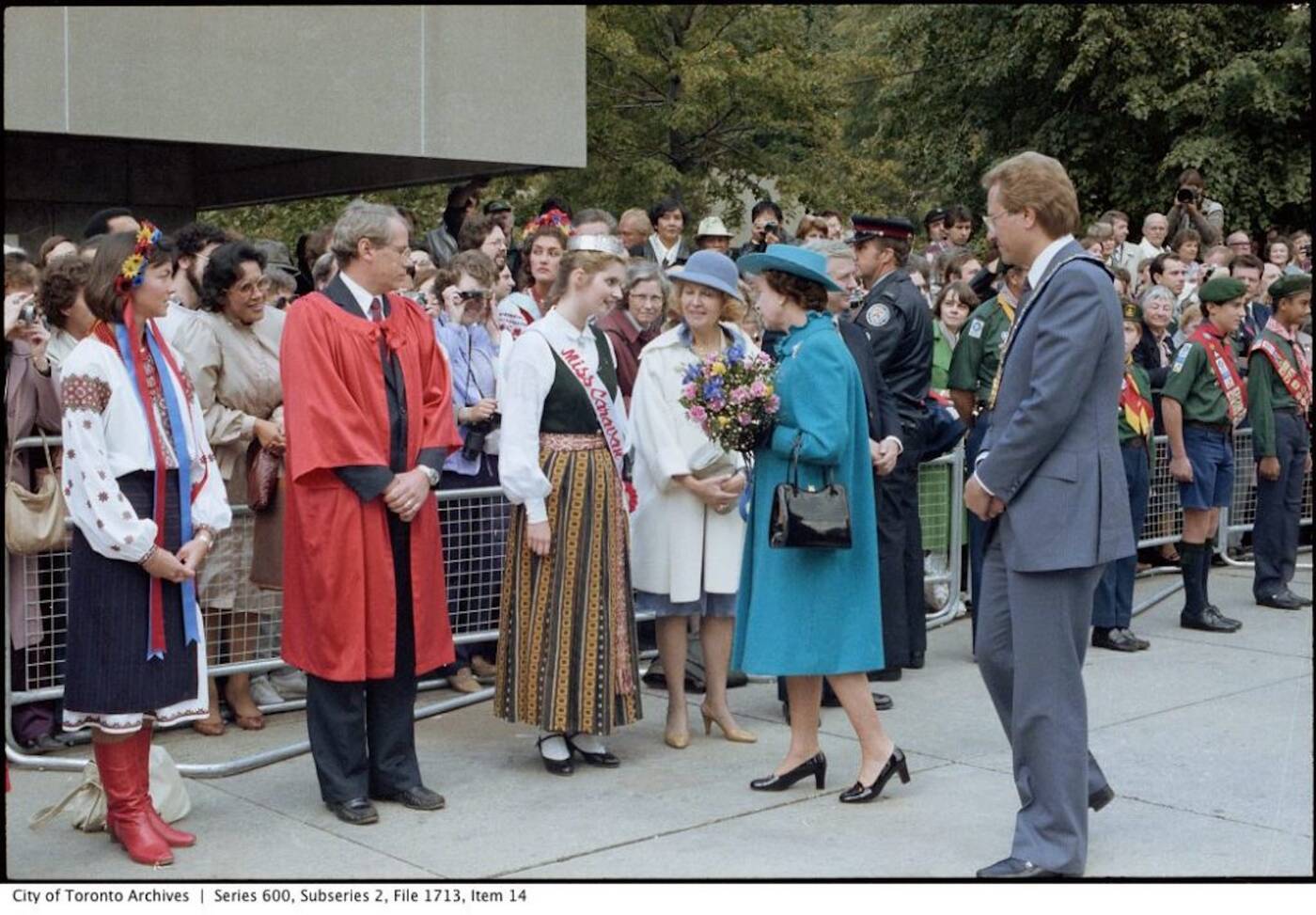 She also dedicated the Peace Garden on Nathan Phillips Square during this trip.

Her Majesty Queen Elizabeth II visited Toronto again in 1997 and in 2002 for the Golden Jubilee (marking 50 years on the throne) and one final time in 2010.

CTV News reports that in 1997 she met with Prime Minister Jean Chretien for a state dinner at the Royal York Hotel.

For her final visit in 2010 Queen Elizabeth attended at morning church service at Cathedral Church of St. James and attended the Queen's Plate at Woodbine again.

I went to Queen’s Park to meet the Queen in Toronto on her last visit to Canada. I took the first three photos. That’s me on the upper far right in the last photo. Hoping for best but I am glad she is comfortable and hope her family finds peace. #QueenElizabeth pic.twitter.com/j5HhAvpLRR

On her final day in Toronto, the Queen toured Pinewood Toronto Studios, a film and television complex on Commissioners Street.