The Eglinton Crosstown LRT has been the source of construction and traffic woes in Toronto for well over a decade, but the 19-kilometre light rail transit line is now approaching the proverbial light at the end of the tunnel.

Tracks are complete, trains are in testing, and much of the remaining work has shifted to the stations that will connect commuters on what will eventually operate as the TTC's Line 5.

Many of these station buildings feature a cohesive design language of glass and steel, but one station along the line's central route through the heart of midtown repurposes the exterior of an almost century-old building into a new station entrance. 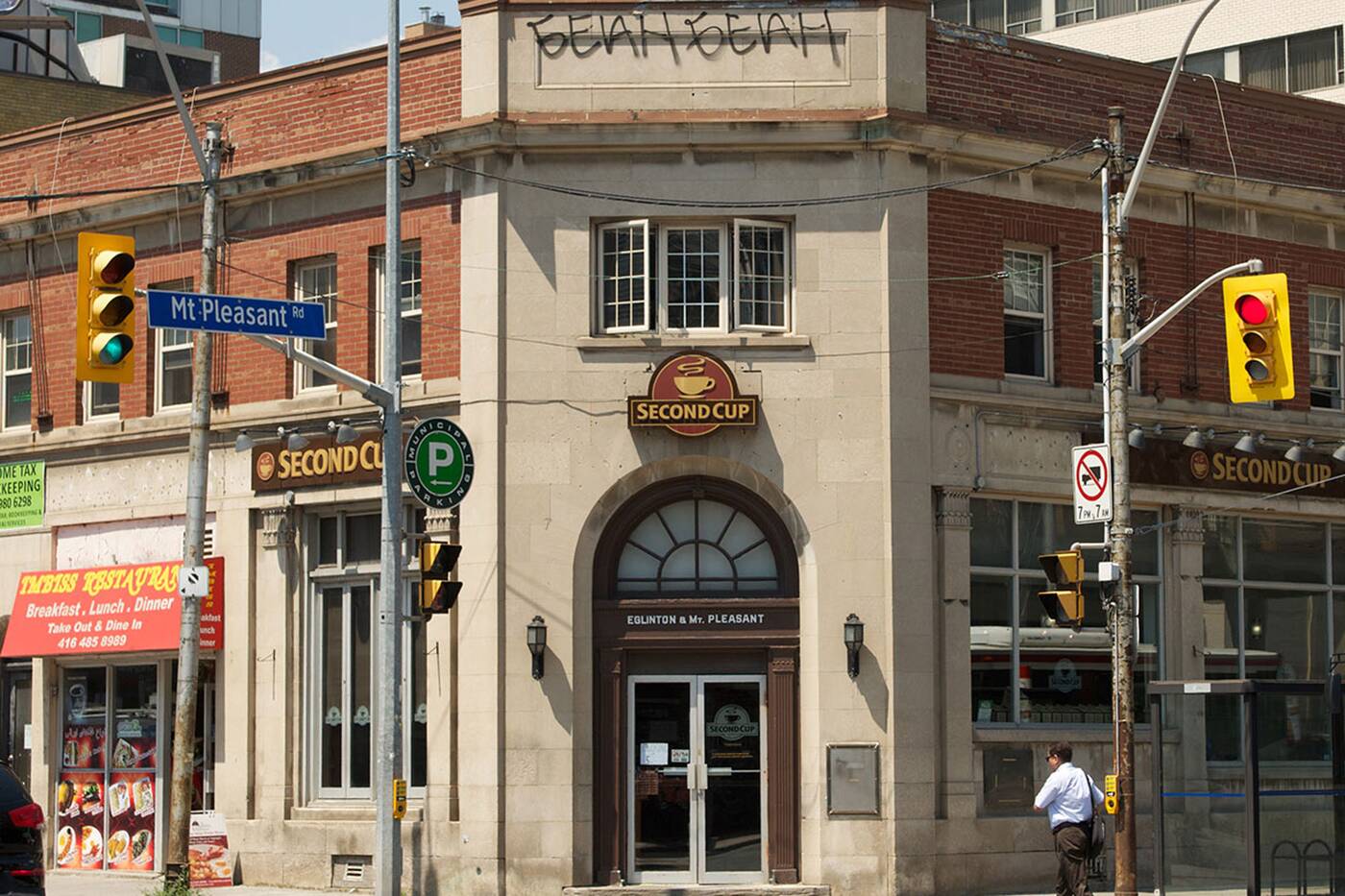 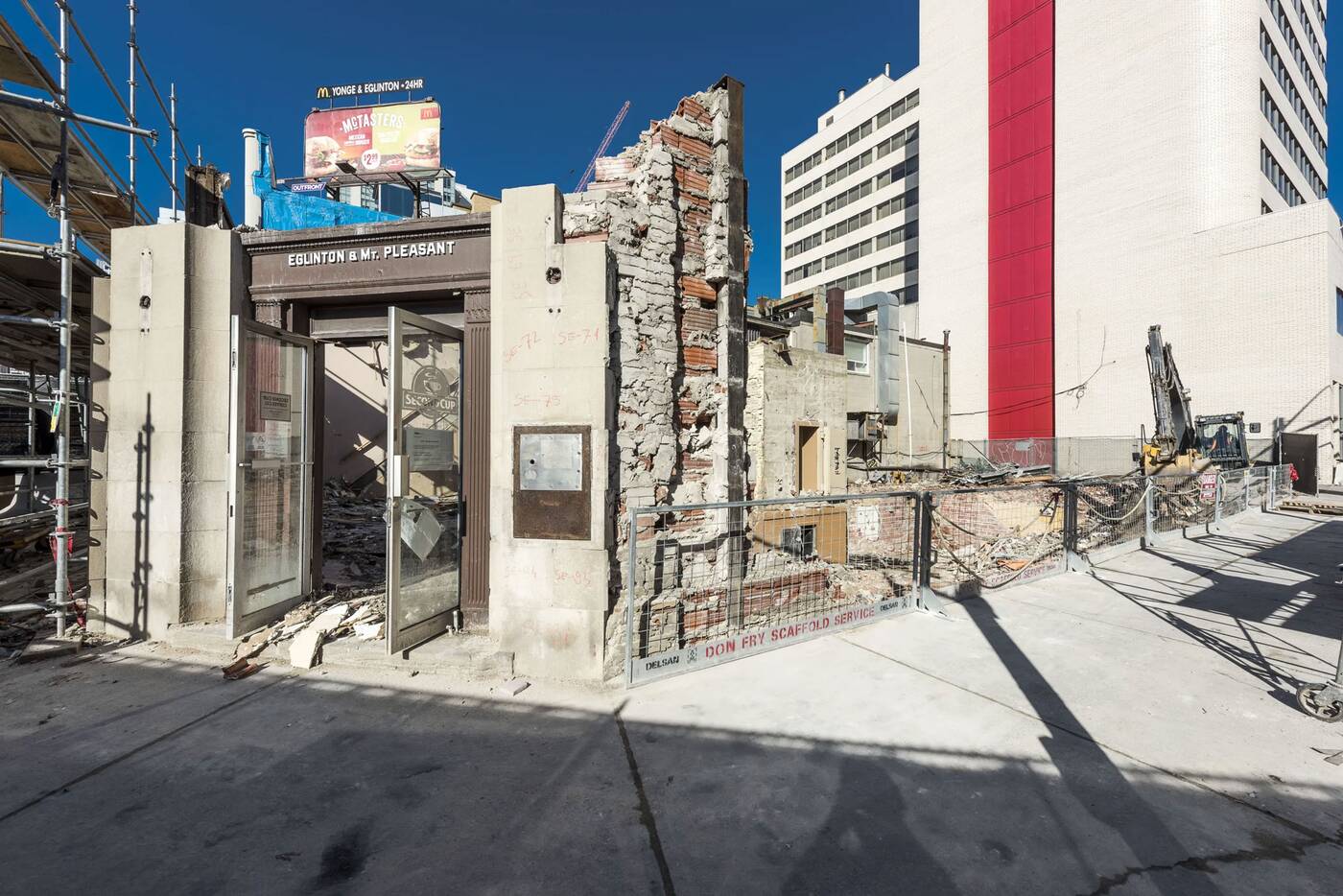 Most recently in use as a commercial building hosting a Second Cup location and other businesses, the almost 90-year-old building was carefully demolished in 2016 in a process where individual bricks and facade elements were labelled, catalogued, and stored for later re-assembly. 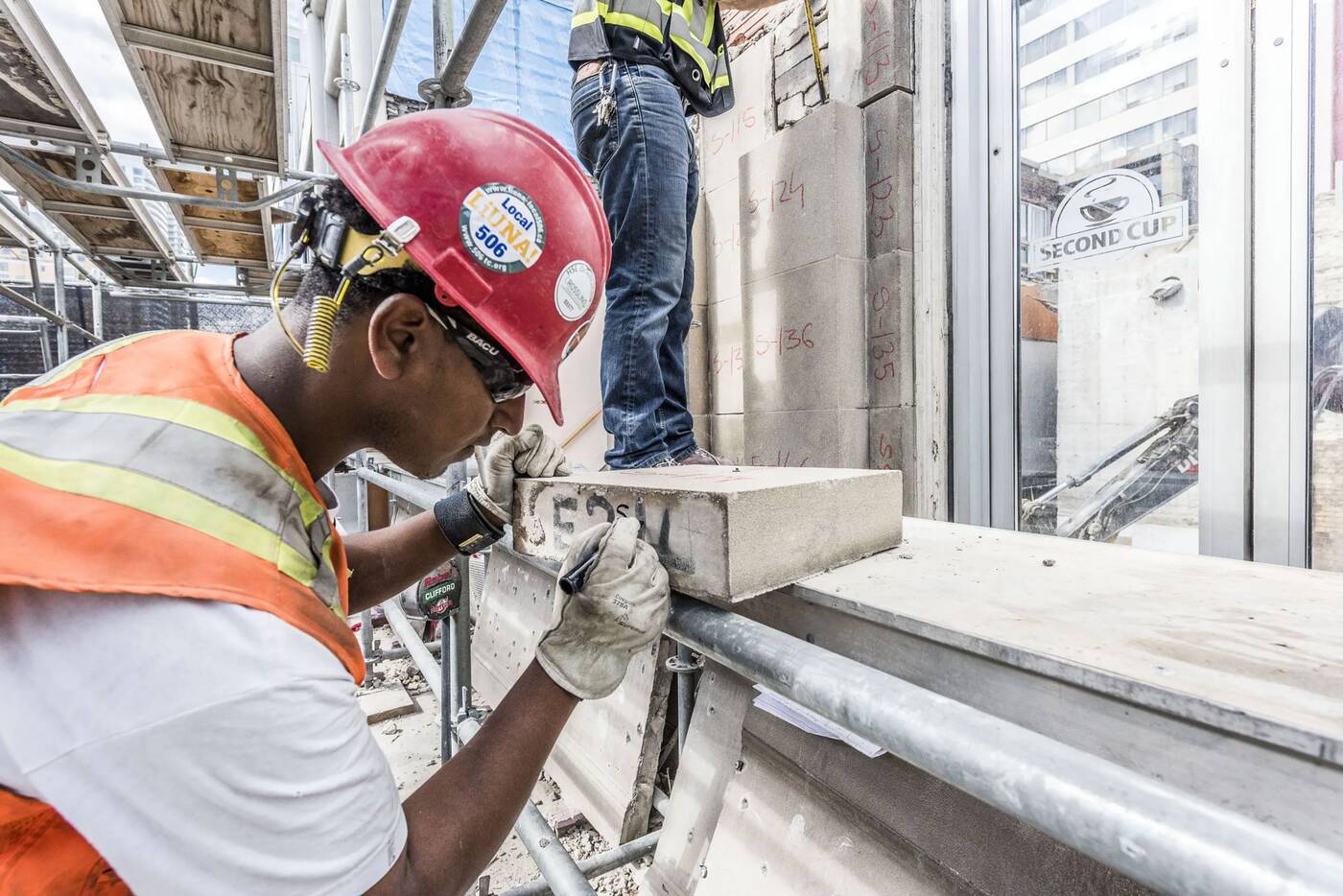 Metrolinx reports that this reassembly was completed in July, and the Mount Pleasant and Eglinton intersection is now looking a whole lot more familiar with the reconstituted facades in place after a six-year absence.

🚪 The restoration of a 90-year-old façade for the Mount Pleasant Eglinton Crosstown LRT station is now complete. ​

Behind the restored walls of the former bank building, a modern station will serve as one of the busiest points on the future Line 5.

According to Metrolinx's latest update, the station's next steps involve continued testing and commissioning of equipment, with finishing touches like road restoration and landscaping works to follow.