Do otters actually live in Toronto's waterways? A couple of recent sightings might suggest so.

Posts on Toronto Reddit and a local Facebook group (here's your credit, Weird Toronto) have captured a family of otter-like critters swimming at Tommy Thompson Park and Ashbridges Bay. 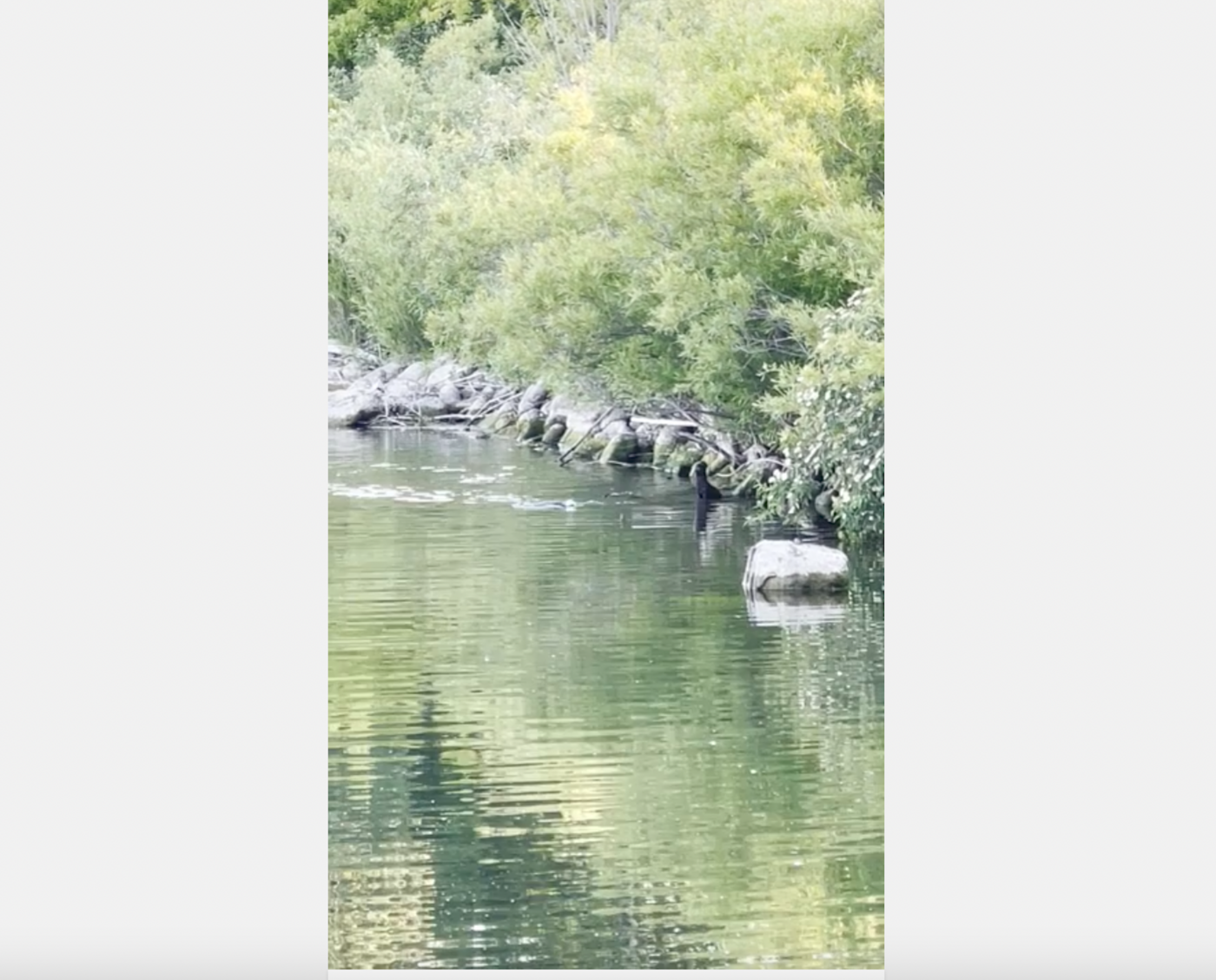 A screenshot from a video uploaded to the public, account-free media hosting site streamable.com earlier this week.

The Reddit post features a video, which is hosted publicly on Streamable, showing some otters (or animals closely resembling otters) swimming and playing, ducking in and out of the water.

While it is notoriously hard to capture physical evidence of otters (most spottings are actually minks,) these recent videos might get us one step closer to having concrete proof.

Besides the exhibit at the Toronto Zoo, otters aren't likely to be living in Toronto.

A document from the city states that the Northern river otter was eliminated from Toronto in the early 20th century thanks to habitat loss. Some were spotted at the edge of city in 2012, however.

"While these individuals may not remain in the area, their presence is a hopeful sign that local habitat restoration efforts are improving the landscape," read the document.

Minks are way more common and are often mistaken for their otter cousins. Both aquatic critters have long tails. Mink tails are furry and rounded, while otters have flat ones.

Another way to tell the animals apart are their faces: minks are more pointy and otters are more round.

So are these critters actually otters? Maybe. Are they more likely to be minks? Yes. Do we care? No, because any cute water mammal is still thrilling in our eyes.

For the sake of not getting blogTO'd (not our word,) please don't all run to Tommy Thompson on an otter quest. Let's give these otters or minks some privacy and respect.