Despite the addition of new cycling infrastructure on a number of major roadways, Toronto isn't known to be the most friendly to non-car travellers, nor is it the safest or easiest city to get around on two wheels.

Shocking videos of near-accidents between vehicles and cyclists are certainly not rare, nor are complaints from drivers every time improvements are made to prioritize bikes and those who ride them whatsoever over cars.

GTA has traffic rules and cctv monitoring designed for a much smaller city. Every left turn at intersection is open call to accident.Right turns on red are the same.There is inflation of road signs - often very distracting.Very few cctv - I should not be obliged to get a dashcam!

Along with personal stories and general chatter on the topic, a new ranking has shown how badly Toronto measures up to other cities in North America from a cyclist's point of view.

Canadian cities like T.O., unlike those in other parts of the world, are known for basing urban planning on cars rather than pedestrians and bikes, and it shows — in the new city ratings from advocates PeopleForBikes, Toronto comes in 16th place out of 85 large cities in the continent.

Montreal, meanwhile, came in first for its size.

Canada punches way above its weight (just 10% of population) when it comes to urban mobility, and Best Cities for Biking is no exception.

While the 6ix performed better than the average when it came to factors like cycling safety, awareness, ridership and network, it was only marginally so, and not as well as one would expect a city like ours to rank.

While the downtown core has fairly good infrastructure in many parts, there are definitely patches where the organization did not find cycling accessibility and safety to be all that great. 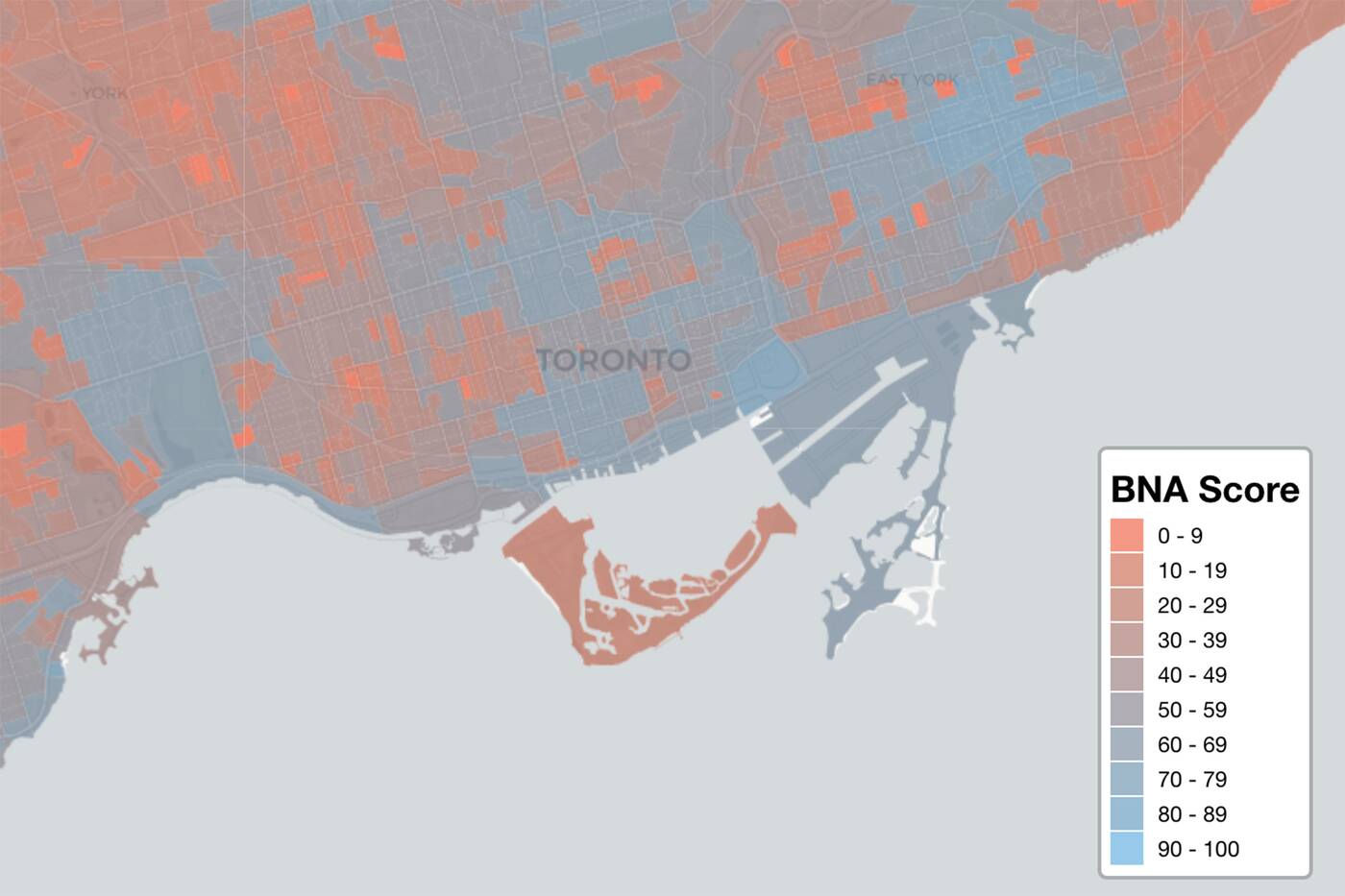 A map of PeopleForBikes' bicycle network analysis of Toronto.

Out of the same potential 100, our "community" ratings were somewhat better: 45 for how safe people feel riding in the city; 53 for how familiar they are with local biking resources and infrastructure; 54 for network connectivity and a fairly stellar 75 for ridership — a figure that shows how in-demand dedicated bike paths are here.