The Greater Toronto Area now has a street bearing the same name as award-winning adult film star and frequent reaction meme subject Riley Reid — a 30-year-old Florida native whom, to the best of public knowledge, has never even been to Richmond Hill.

"Are they really that desperate for street names in Richmond Hill?" joked the photographer when sharing the image in a Reddit post that's since earned more than 2,000 upvotes.

"I had no idea who Riley Reid was before. I just googled the name after noticing the new street while walking to check the mail and couldn't believe the search results," said the person who took the photo. "I knew it would make for good content though and posted it on Reddit."

The City of Richmond Hill has yet to respond to a request for comment from blogTO, but a 2020 development planning report shows that the street really is named after a Riley Reid — or rather, a Riley Reed. 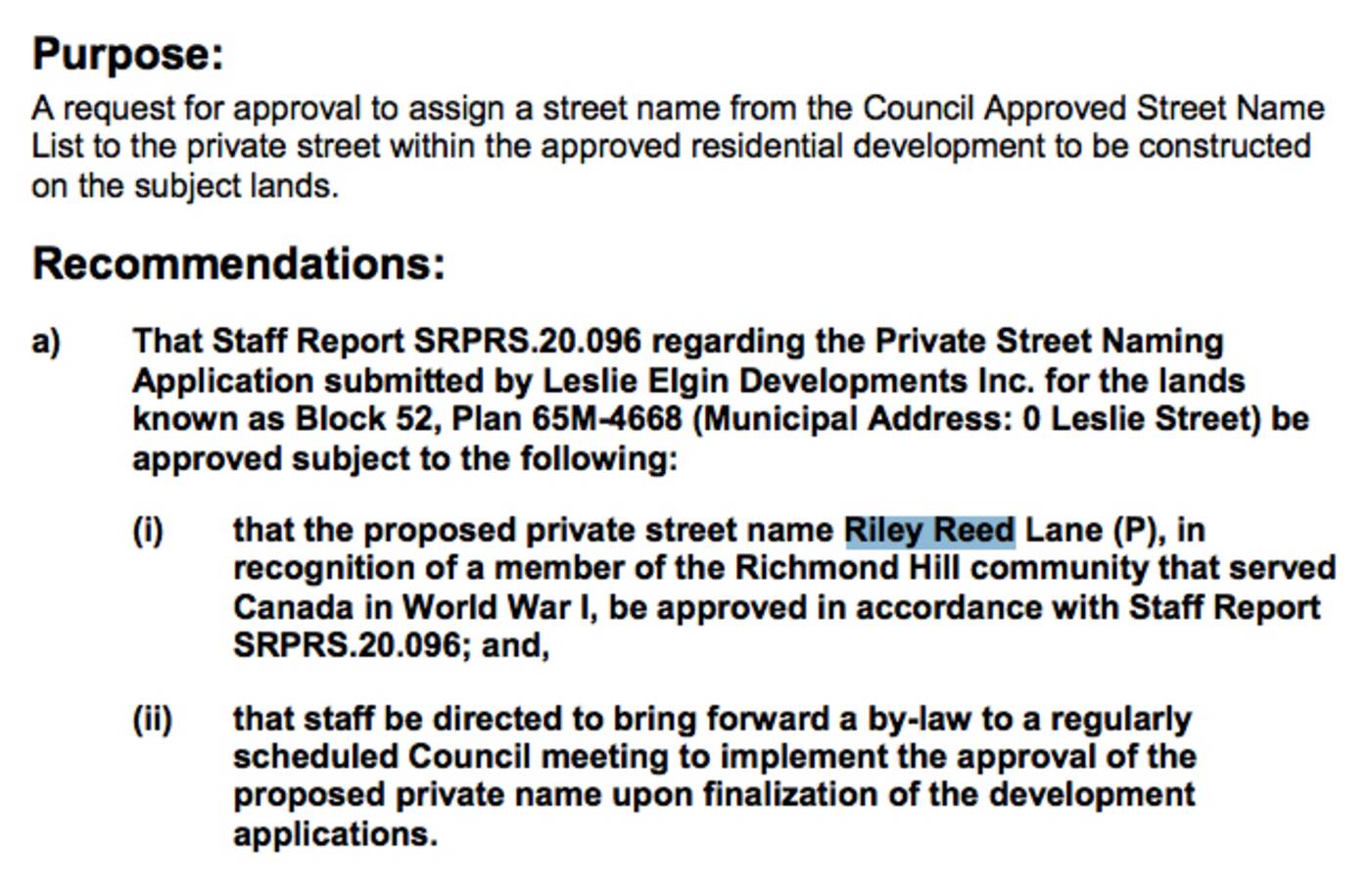 The name of a newly-created road in York Region was approved as something slightly different than what the sign currently shows. Image via City of Richmond Hill staff report.

City Council had indeed approved the name "Riley Reed Lane" for a private street in a new subdivision near Leslie and Elgin Mills years ago, noting in a report that the name was chosen "in recognition of a member of the Richmond Hill community that served Canada in World War I."

Sadly, searching for information about this noble soldier is nearly impossible, as every result relates to the adult film actor, regardless of its spelling. Google even attempts to auto-correct a search for "Riley Reed," flagging "Did you mean: Riley Reid?" at the top of its results page.

Please be warned that the results of these searches can be graphic, and are not advised in a work enviroment (unless you're a writer, like me, who needs to research such things for her job.)

"Honest typo or the sign printer or city planners or developer having some fun?" asked the person who first spotted the sign, posing an interesting question.

If the City of Richmond Hill ever does email us back with an explanation, we'll let you all know.

For now, the photographer says that the sign reading "Riley Reid Road" is still up as of yesterday, anchoring a new block of under-construction townhomes by developer Arista Homes.