Yorkdale Shopping Centre draws millions per year, though unless you're arriving via public transit or car, it can be a highly inaccessible part of the city for pedestrians and cyclists, hemmed in by highways on two sides and a rail line several blocks to the west.

This lack of connectivity could soon be corrected as the city works towards the Yorkdale Transportation Master Plan, a comprehensive strategy to improve access to the major retail centre and future mixed-use community.

With the parking lots around the mall soon to host new towers that will fill out the sparsely-built-out site with residential and commercial space, the area and its surroundings will soon benefit from extensive upgrades to the road, pedestrian, and cycling networks, including some breathtaking new bridges.

Revealed during a February public meeting, the pair of bridges are planned as part of a broader Transportation Master Plan Study, now in its second of five phases.

West of the mall, a new pedestrian and cycling bridge is planned to span east/west across the Barrie GO Rail Corridor connecting Rustic Road to Cartwright Avenue, closing a longstanding divide separating the east and west sides of the Caledonia Design District area.

But even more prominent is the second pedestrian and cycling bridge planned to connect the mall with neighbourhoods to the north, an impressively long structure spanning Highway 401, connecting Yorkdale Road to Billy Bishop Way. 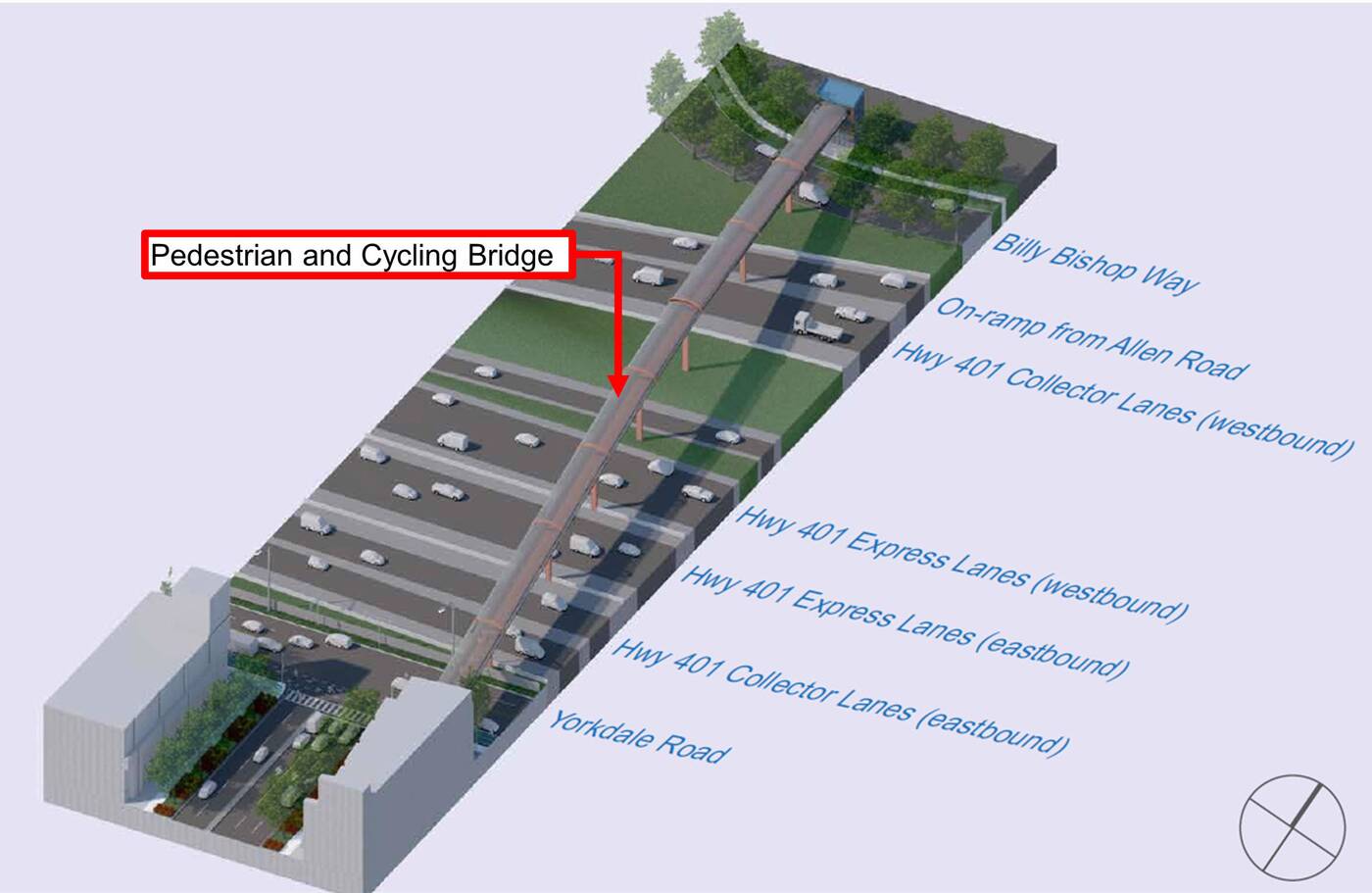 That means this bridge will span a staggering 17 lanes of traffic, though its length of approximately 170 metres (an estimated measurement on Google Maps) would still fall well short of the record-setting world's longest enclosed pedestrian bridge, which crosses the 401 roughly 30 kilometres to the east at Pickering GO Station. 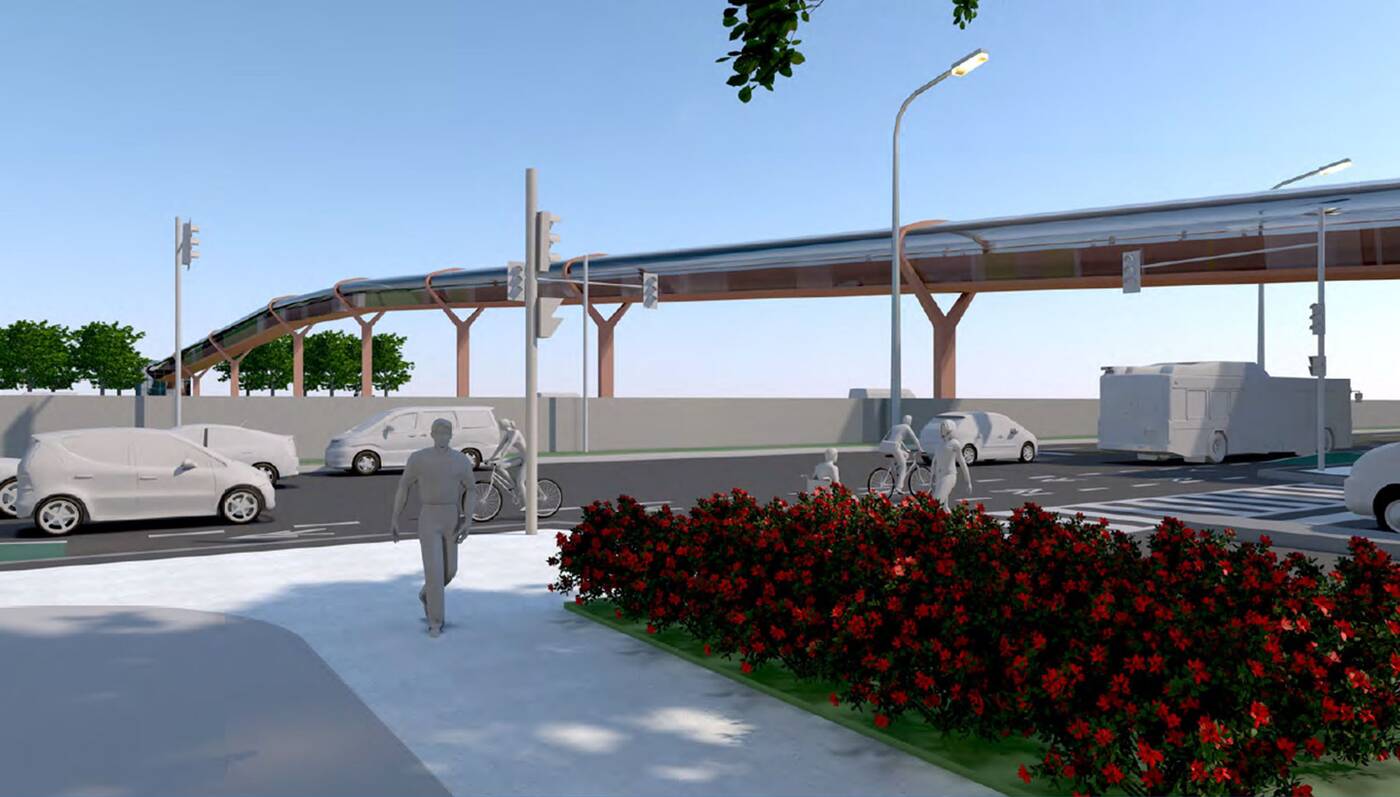 With the north and west covered, the mall will also be getting an improved connection from the east via a planned pedestrian and cyclist switchback ramp and stairs to navigate a steep grade change between the Allen Road offramp and Baycrest Park.

The plan also aims to support future growth in the area through a mix of new dedicated cycling facilities, mobility hubs that include rideshare and bike share stations, new sidewalks to close existing gaps, and improvements to intersections designed to make life easier for pedestrians.

The mall site itself will gain new cycling facilities, including on the planned Yorkdale Greenway and Yorkdale Road connecting Allen Road with Dufferin Street.