About five kilometres east of Toronto, Metrolinx has a new jewel in their crown as the monarch of public transit in the region, one of their stations having been awarded a Guinness World Record.

Pickering GO station isn't the type of place you'd associate with a Guinness World Record, as it's a somewhat typical regional rail station aside from a recent upgrade completed a few years ago.

This update included a sprawling pedestrian bridge, the specific recipient of a new place in the record books. That bridge has been officially measured as the longest enclosed pedestrian crossing anywhere in the world. 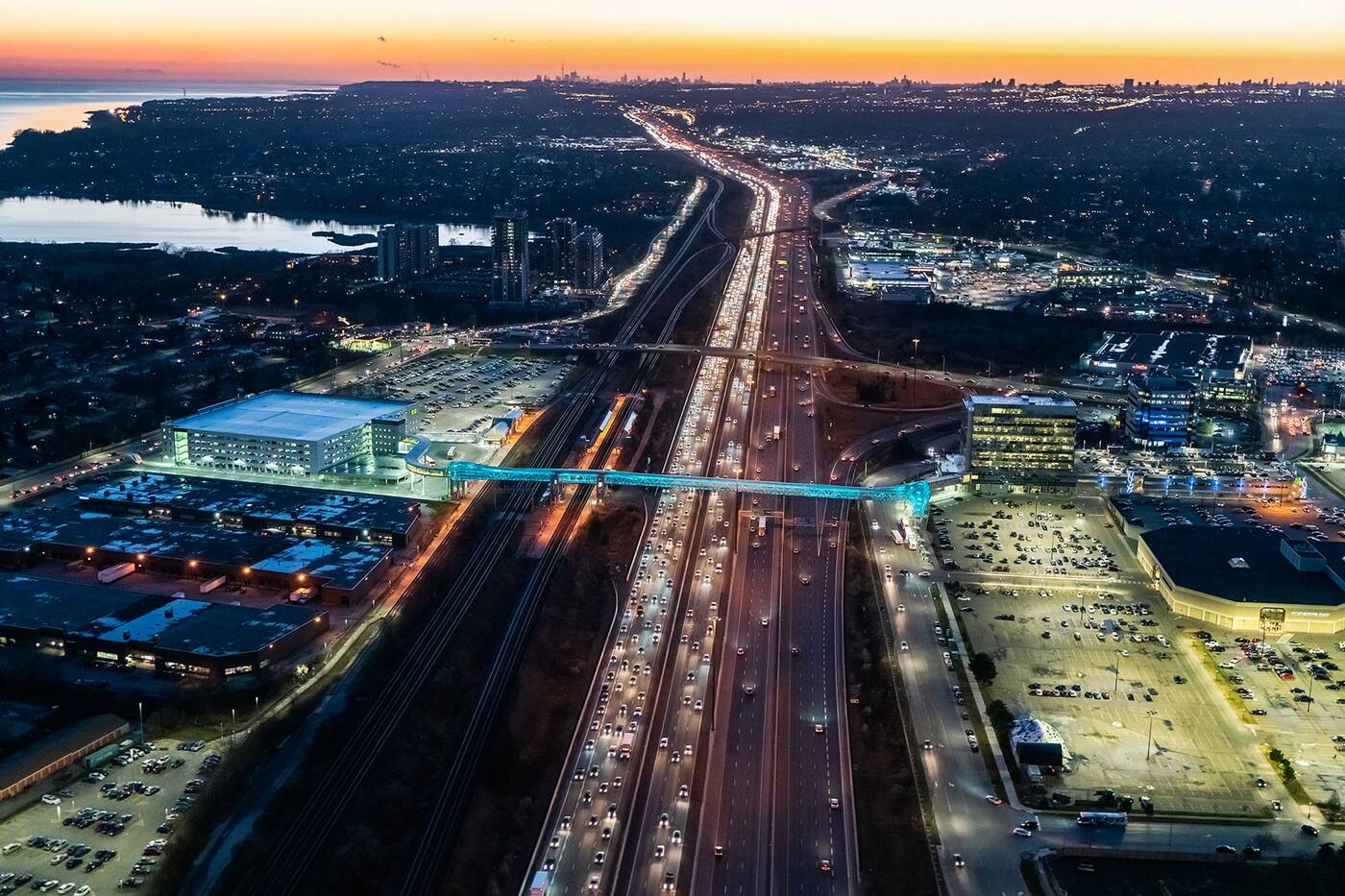 View of the Pickering GO Pedestrian Bridge at dusk. Photo by Michael Muraz via Teeple Architects.

Completed in September 2018 with a whopping price tag of $38 million — the project was both overdue and over budget — the bridge links the GO station in the south with Pickering Parkway to the north.

The fully-enclosed bridge spans 14 lanes of busy Highway 401 traffic, six lines of rail traffic, and a two-lane road, with a total length of 250 metres.

For reference, that's just seven metres shy of the height of the One Bloor East condo tower at Yonge and Bloor, currently Toronto's sixth-tallest building.

For its hefty price tag, Pickering got more than just a place in the record books. The bridge greatly improves access to the GO station, funnelling in traffic from the Pickering Town Centre and other destinations north of the 401.

Pickering also got a win in the aesthetic department; the bridge comes alive after dark with an array of almost 300 LED lights accenting the sleek, curvy look that sets the bridge apart from a typical pedestrian crossing. 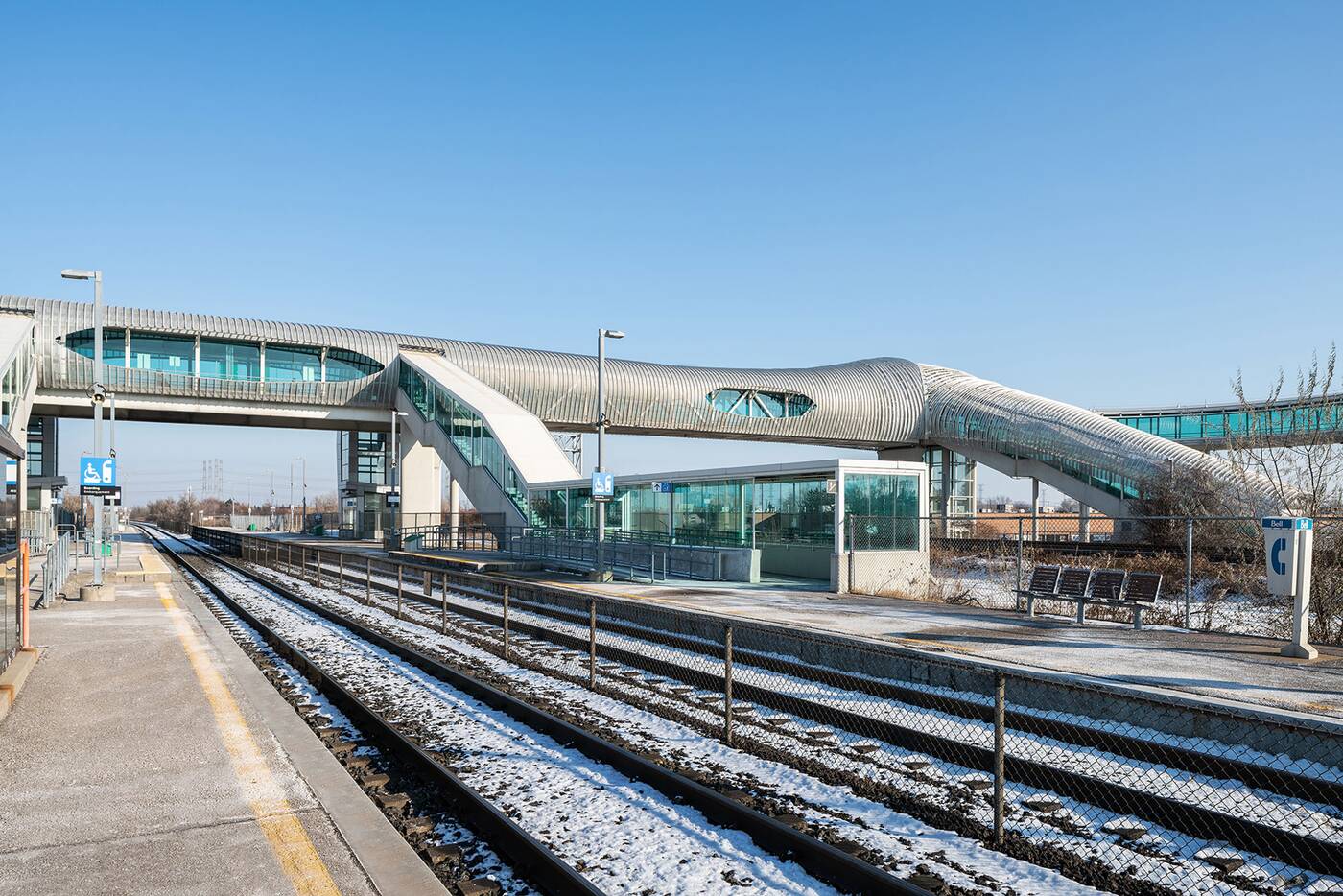 View of the bridge's south end as seen from the train platform. Photo by Michael Muraz via Teeple Architects.

Since day one, this standout design has garnered recognition, winning the City of Pickering's 2019 Urban Design Award and the 2019 Engineering News Record (ENR) Global Best Projects Award in the tunnel/bridge category for the Pickering Pedestrian Bridge.

The Guinness World Record is just the latest in a series of big wins for the relatively new bridge.