Pandemic lockdown in Toronto seemed to provide the ideal empty roads for street racers and stunt drivers, who continued to gather in the hundreds and disrupt their neighbourhoods in contravention of COVID-19 orders, even during the strictest times.

Alongside an uptick in such dangerous driving antics, stay-at-home orders and business closures made for a prime time for other crime sprees, including package thefts, break-ins, shootings, hate crimes, gang violence and more.

And while things may feel a little calmer now that more people are out and about doing regular activities, there are some crimes that are notably on the rise, and one in particular, even compared to the last while: car thefts.

In the first two months of 2022, more vehicles were stolen in Toronto than in the same time last year.

And not just slightly more, but 53.1 per cent more, with 1,240 car thefts reported, according to Toronto Police Service data.

Sexual violations, theft over $5,000, robberies and assaults are also up compared to early 2021, though less so (between four and 17.8 per cent).

According to the force's numbers major crime indicators, crime overall is up 11.7 per cent year-over-year so far this year, though are still down when compared to this time in 2020, 2019 and 2018.

Car thefts are also the second-most prevalent reported crime in the city after assaults. 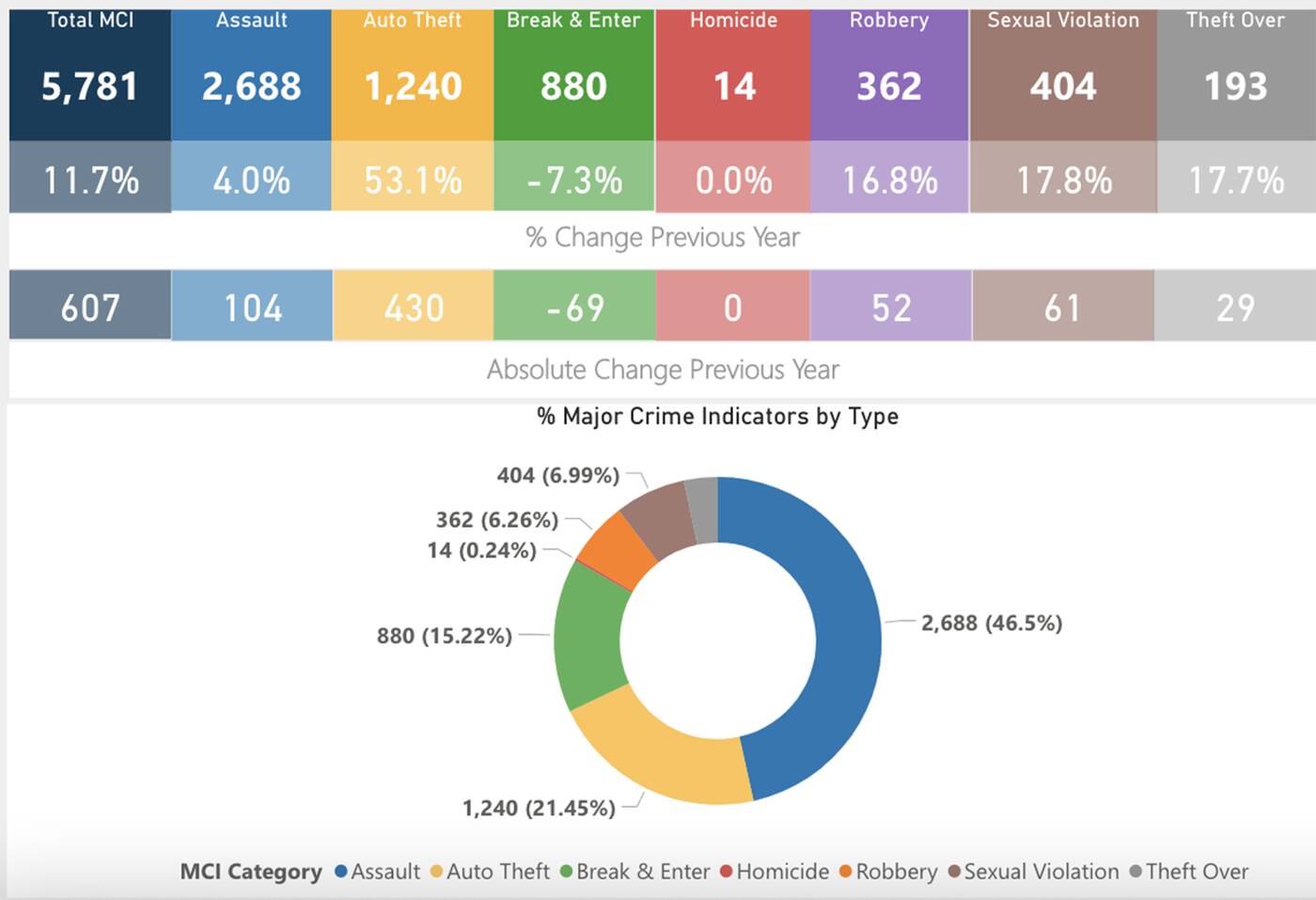 The culprit is more often than not organized crime groups, who have advanced tactics to pick up keyless fob signals from outside homes and new ways to track vehicles for later theft. They also tend to target certain vehicles that are common and/or easy to steal and re-sell, such as the Honda Cr-V.

Multiple rings have been busted in the area in recent months, some of them with hundreds of stolen cars in their possession, ready to be shipped overseas for quick sale.

Given the fact that vehicle thefts were so prevalent last year that the City asked the provincial government to help it set up a task force just to fight the crime, these latest stats are not great, and may put more pressure on Ontario to take some action.