People near Toronto's Bluffer's Park watched with frustration as an abandoned boat sunk and now seems to be leaking fuel near waterfowl.

After Toronto's huge winter storm in January, Poolar noticed one of the boats was really listing badly. So he sent a message to 311 telling them he thought the boat was going to sink, but they didn’t get back to him.

He got in touch with the police marine unit who told him the Canadian Coast Guard would be looking into it.

"But then you know, a couple of weeks passed by still nothing gets done," Poolar says. 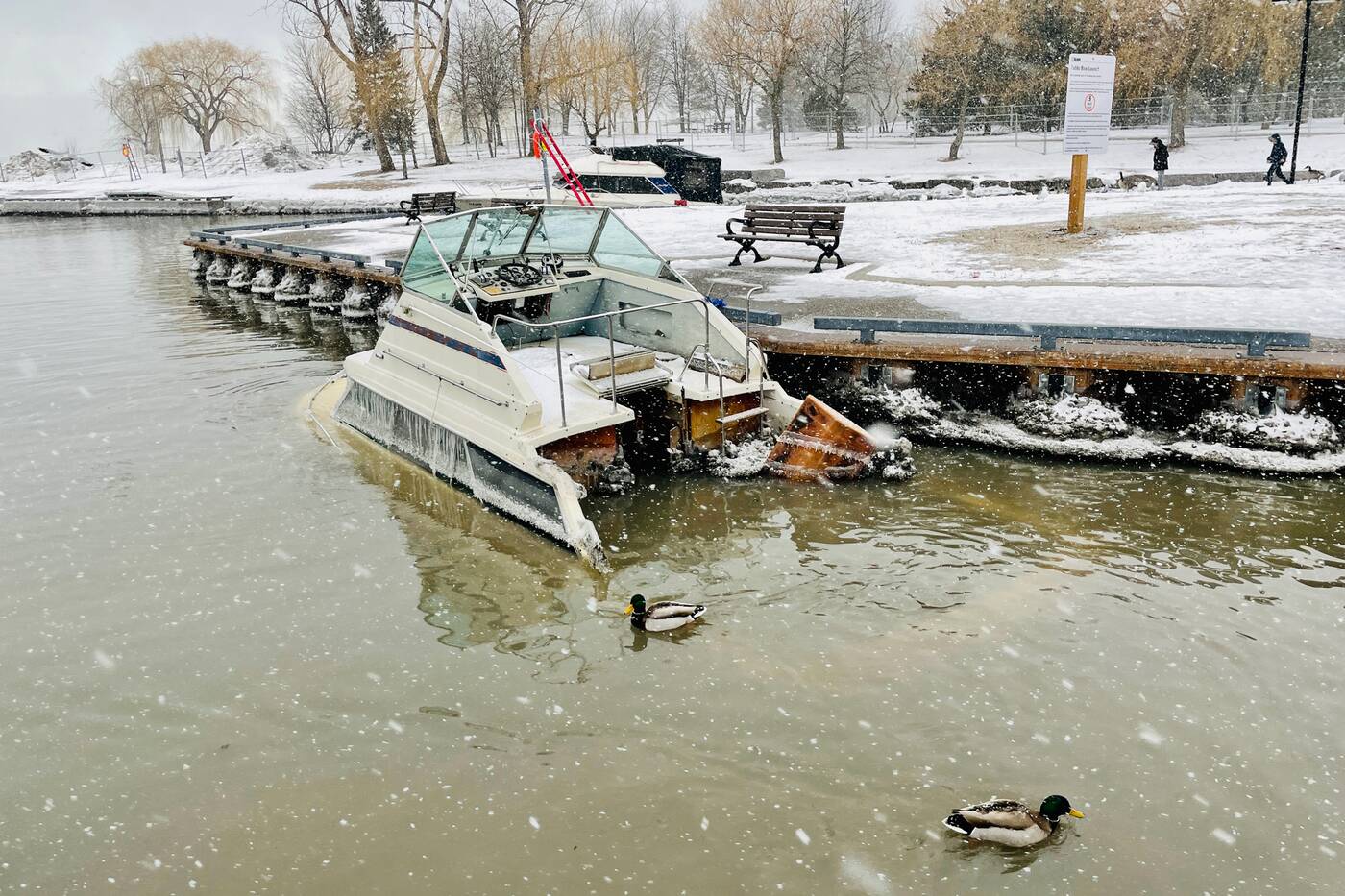 The abandoned boat started to sink on the weekend.

Other concerned residents also tried to get the boat removed before it was too late.

"I phoned every governmental environment agency I could think of," Cori Campbell told CityNews.

Last winter, when people near Humber Bay park noticed an abandoned boat was sinking, they went through a similar experience — contacting several government agencies — until the boat sank and had to be pulled out with a crane.

When an abandoned boat is at a public dock, Transport Canada is responsible. When boats pose an immediate risk to public safety due to fire or explosion, people should call 911.

Boats leaking fluid and posing an immediate threat to the environment are the responsibility of the Canadian Coast Guard.

This past weekend the boat at Bluffer's Park finally sank, Poolar says. 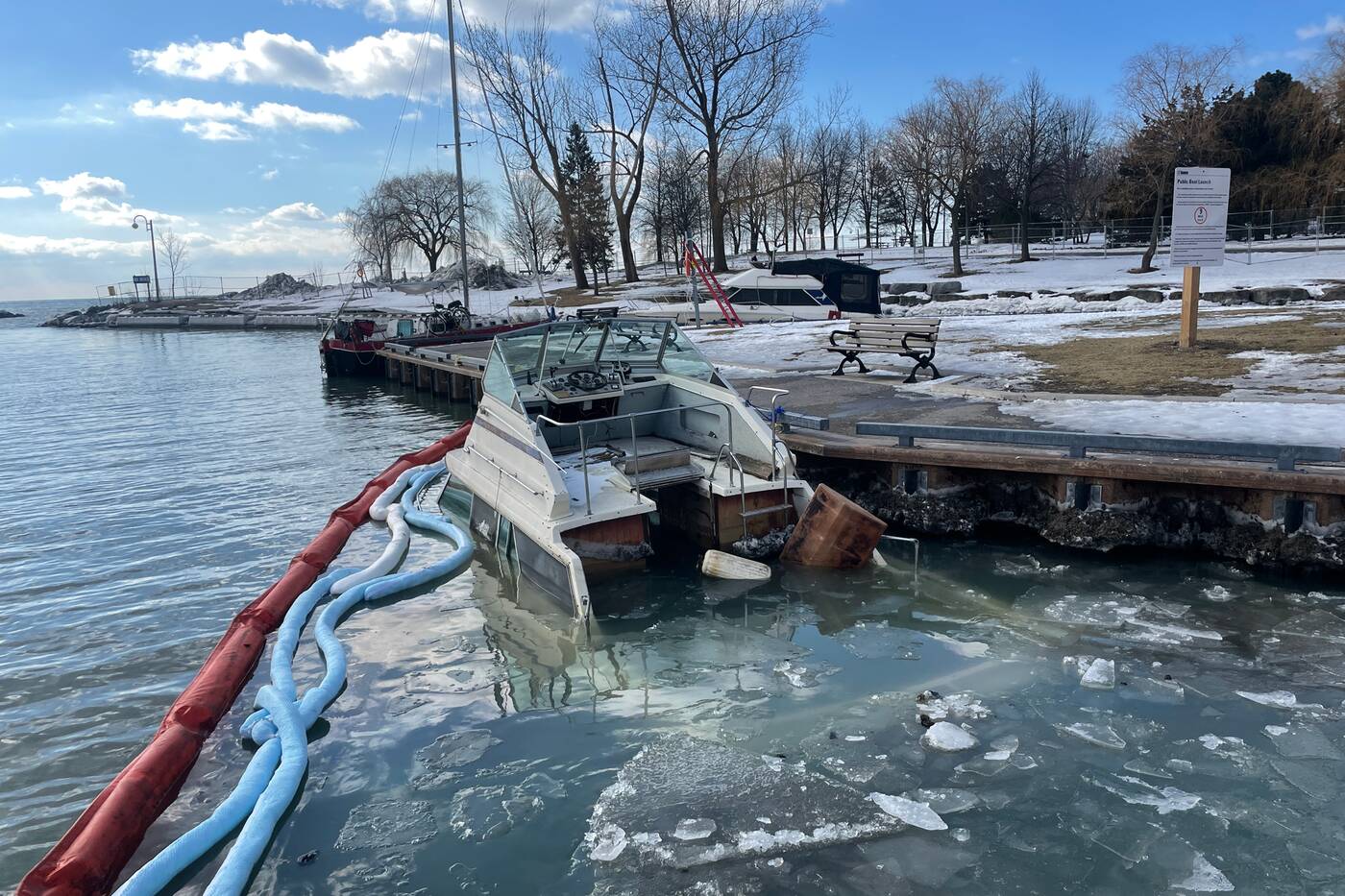 Some type of fluid appears to be leaking from the boat.

The Canadian Coast Guard has a Vessels of Concern Program and they are currently assessing the submerged vessel at Bluffer's Park for potential hazards, including fuel or other chemicals on board, and vessel debris, a spokesperson with the Canadian Coast Guard, Jeremy Hennessy, tells blogTO.

"Once the assessment is complete, it will determine next steps based on their findings," Hennessy says.

Meanwhile, the boat seems to be leaking some type of fluid, and the Toronto and Region Conservation Authority (TRCA) was seen putting a booms around the boat, Poolar says.

The TRCA tells blogTO they own land nearby and are always concerned with fuel and oil spills into the environment.

"TRCA will monitor the local wildlife closely and take any mitigative action necessary to protect the local wildlife populations, including waterfowl, by working with our federal and provincial partners and the Toronto Wildlife Centre," a spokeperson said in an email. 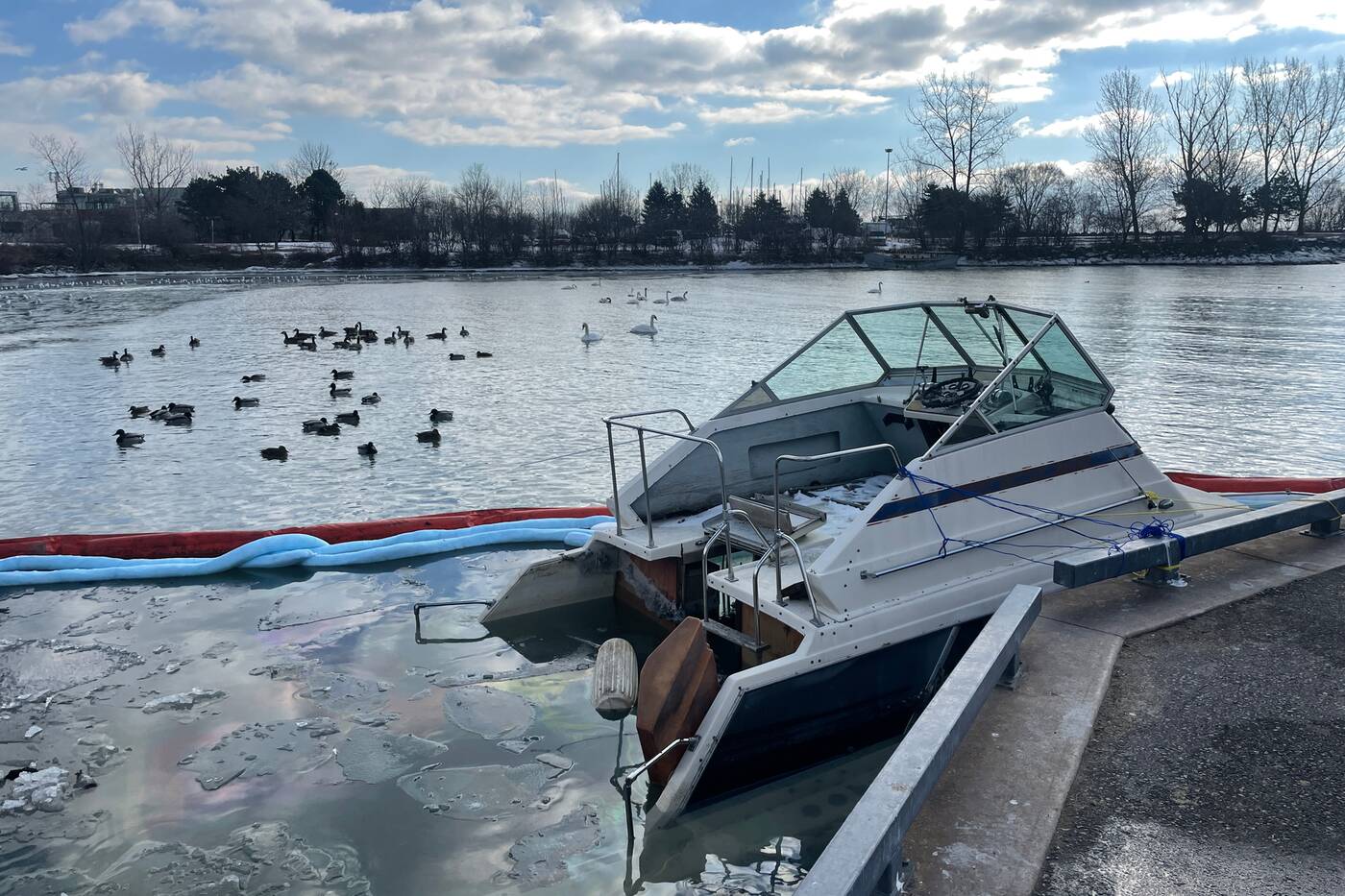 There are now booms around the boat to protect nearby waterfowl.

Poolar says the area is home to many mallards, swans and other waterfowl in danger of getting injured. So far he hasn't seen any signs of injury amongst the birds but wonders why this wasn’t dealt with months ago.

"Now it's sitting on the bottom, polluting and this has made the recovery of this way more complicated and probably way more expensive too because you're going to have to get a crane to come in here and lift it up," he says.

The whole experience is frustrating, he says.

"It's ridiculous that it has to come to this point where the boat actually sinks and now it becomes an environmental hazard [while] this could have been prevented literally now months ago."