Some people in Toronto bought a tent sauna from Russia, and now they're setting it up anywhere and everywhere they can: including next to frozen Lake Ontario.

The best part is, they want to help you bring your own mobile sauna tent everywhere too.

Joshua Barndt and Karolina Kisiel ordered a tent sauna with a wood burning stove from Russia last winter in January 2021 to share with their apartment bubble. 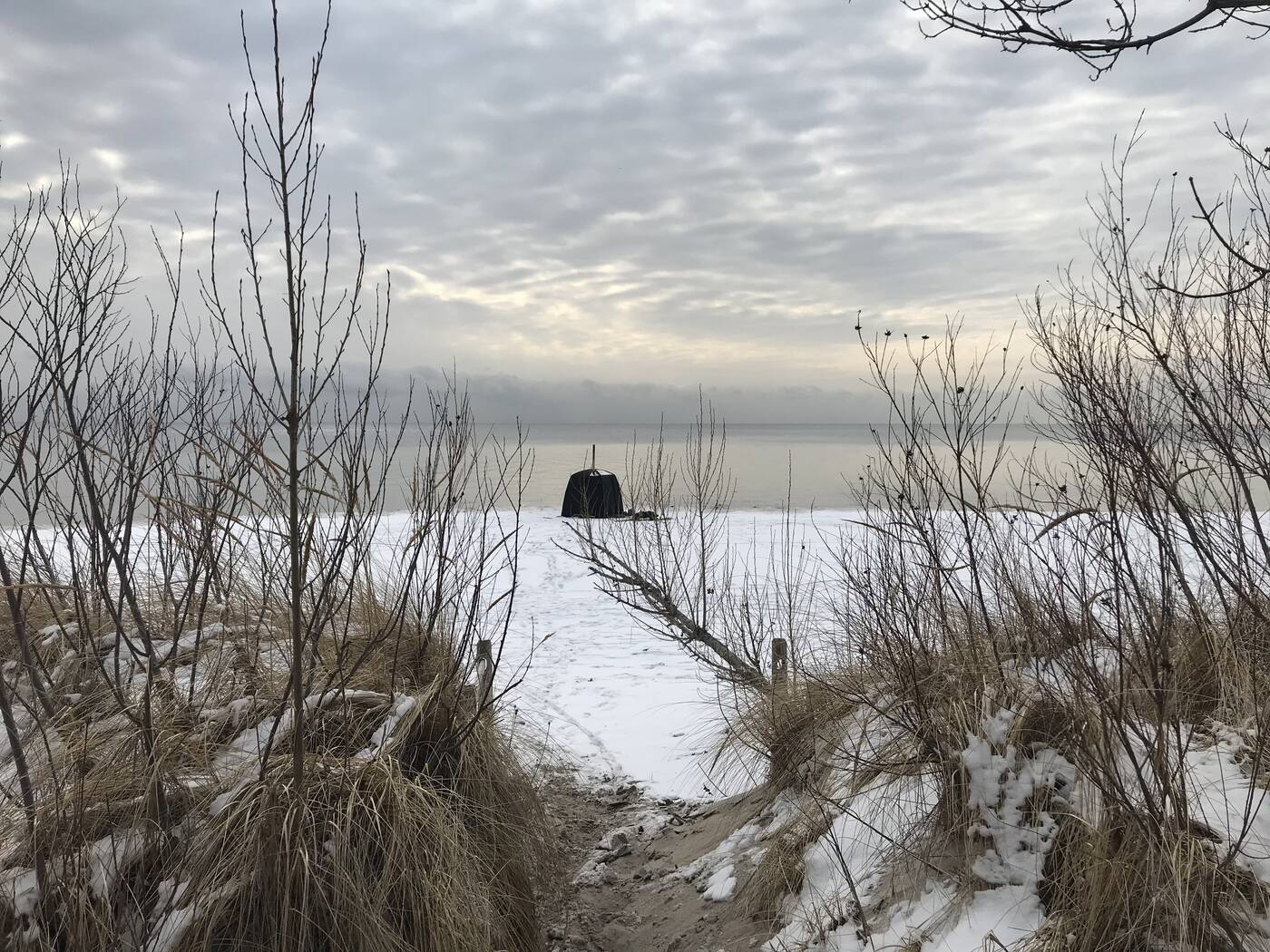 Sauna tent set up next to the water. Photo by Joshua Barndt.

Initially, they had hoped to build their own, but stores closing making it hard to get materials and they realized the cost would reach into the thousands.

The tent sauna finally arrived on Feb. 4 and Barndt, Kisiel and their roommates had a "festive" sauna that very night.

"Especially in the bitter cold of lockdown it was amazing to have piping hot somatic experience within our little bubble," Barndt tells blogTO.

Taking regular saunas ended up helping their whole bubble make it through a challenging period of lockdowns, and they now are in the habit of using the sauna two to three times a week.

They usually set up the sauna in their yard, but it's mobile enough to pack into a duffle bag that fits in a car trunk or bike trailer and take it to places like Toronto Island, where they can place it on the beach or even the ice. 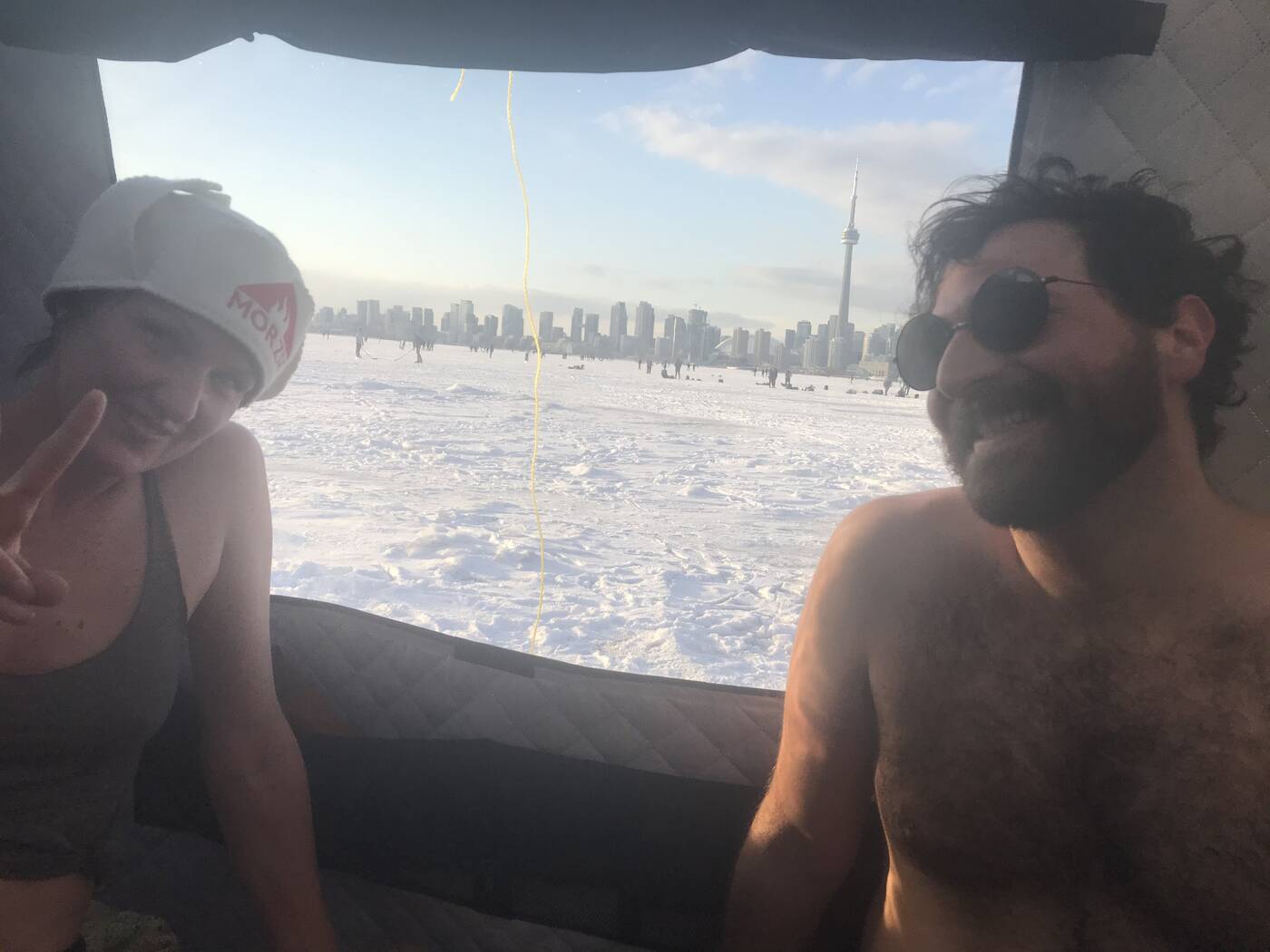 Chilling in the sauna tent on the island with a view of the skyline. Photo by Joshua Barndt.

Setup takes 15 minutes, and it reaches a temperature of 110C in 20 minutes. It fits four to five adults, you can add sauna stones to the wood burning stove and there are even windows.

"Last winter when the harbour froze solid we set the sauna tent up on the harbour just off snake island," says Barndt.

"Our bud Danial Rotsztain, who introduced us to the magic of island skating, joined us in sauna rounds followed by half naked skates across the frozen harbour."

Some of Barndt's other favourite spots to set up the sauna are Hanlan's Point Beach on the island ("great for a polar dip between rounds"), the Bluffs, beaches near Ontario place and next to rivers.

Barndt recommends the sauna so much, he's on a mission to help other people in Toronto purchase the tents.

You can add your name to a Google form to get updates on opportunities to purchase one of the saunas. As an enthusiast, Barndt also generally has lots of info to share on the details of different models of tent saunas and how to purchase them, no matter what you want or how you want to go about getting it.