Toronto transit fans just got an early Christmas present with the arrival of two massive tunnel boring machine (TBM) parts this week, completing a long-haul trip from Germany to Mississauga, where they will soon begin digging out the twin tunnels of the Eglinton Crosstown West Extension.

The new transit line's overdue first leg is only now approaching completion, but work has already begun on a 9.2-kilometre extension of the LRT from the nearly-complete Mount Dennis station west to Renforth Drive, bringing future riders to the doorstep of Toronto Pearson International Airport.

Digging out the tunnels for this extension's underground sections won't be an easy task, requiring a pair of enormous TBMs, their newly-arrived cutter heads each weighing in at a whopping 65 tonnes and measuring 6.5 metres in diameter.

Getting these titans from their manufacturer in Schwanau, Germany took careful coordination, the machines disassembled and shipped in parts via the port of Antwerp in Belgium, and Hamilton, Ontario, before parts were loaded onto trucks for the final leg of the journey to begin. 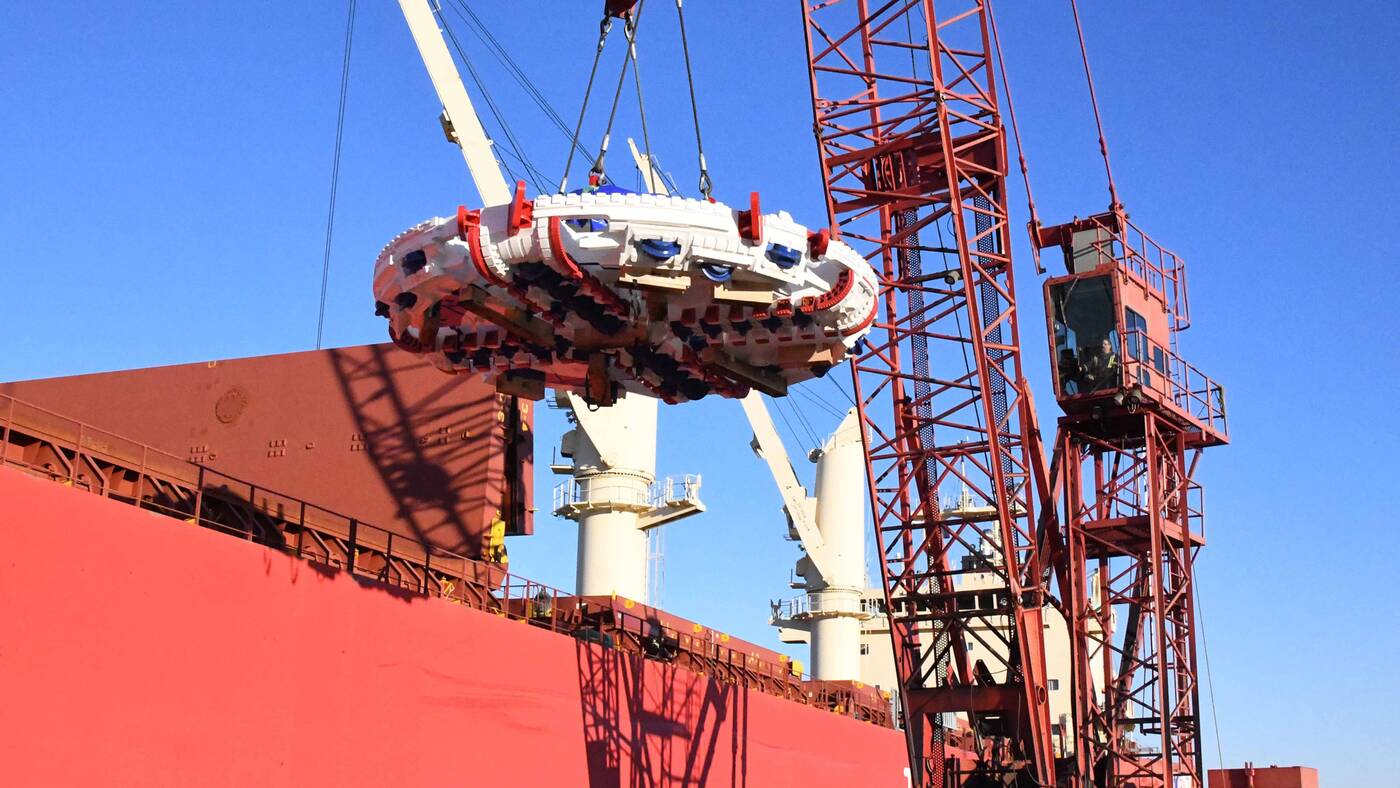 A TBM cutter head is offloaded from a transport ship in Hamilton.

Due to the sheer size of the TBMs' cutter heads, this 60-kilometre route from the port of Hamilton to the tunnel launch site at Renforth Drive and Commerce Boulevard in Mississauga was a slow crawl, requiring a police escort to get the parts safely to their destination. 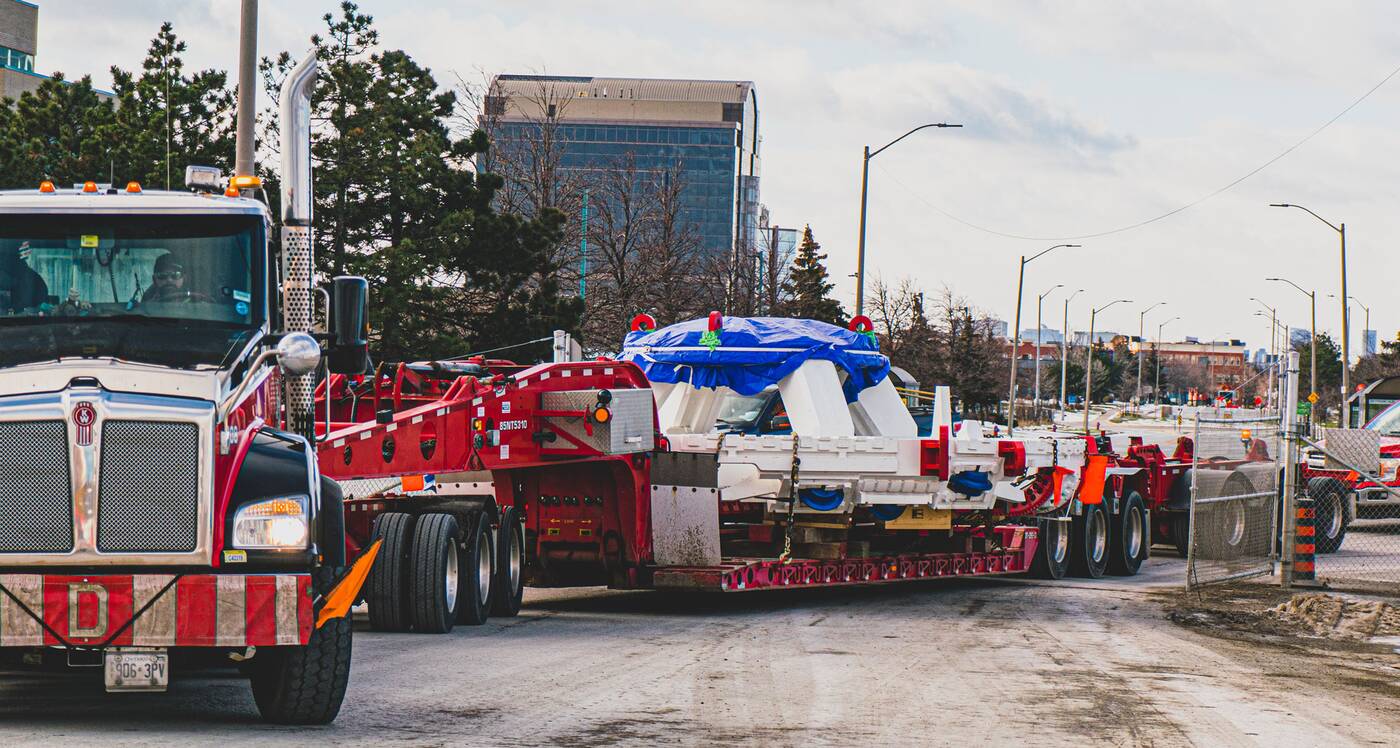 The massive cutter heads made the final leg of their journey by truck, requiring a police escort.

There are still remaining TBM parts en route from Europe, scheduled to arrive in January. From here, the next step will involve crews re-assembling the machines over a period of a few months, after which the TBMs will be lowered into the launch shaft to begin the long-awaited dig. 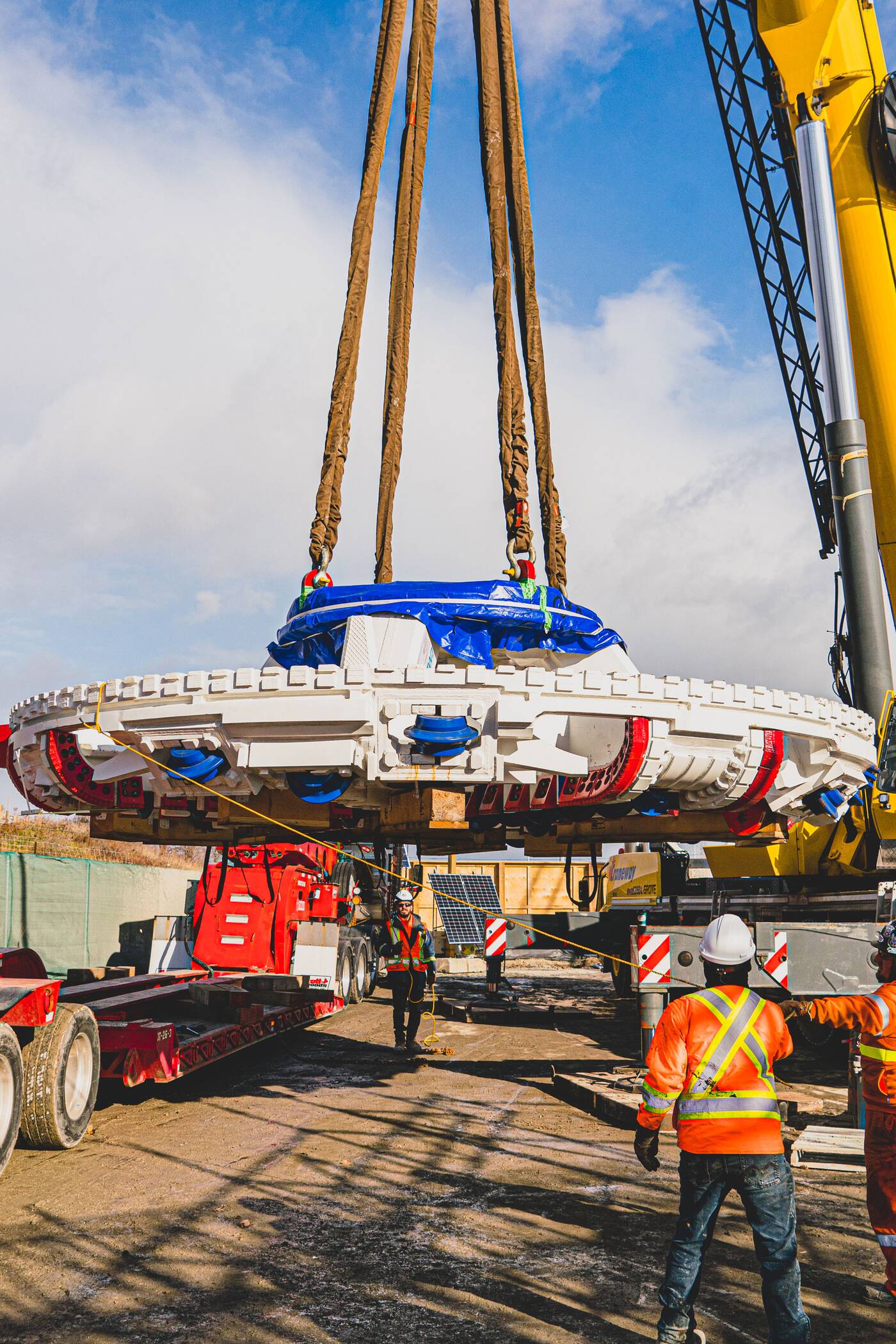 A TBM cutter head is offloaded at the site of the launch shaft in Mississauga, where the TBMs will be reassembled and launched in 2022.

This launch shaft is quickly being prepared for the start of tunnelling in 2022, the huge void in the ground measuring 80x20 metres across and 17 metres deep, with enough volume to hold approximately ten Olympic-size swimming pools worth of water.