The largest subway tunnel in Toronto's 67 years of underground transit is coming, as early prep work sets the stage for the 7.8-kilometre Scarborough Subway Extension.

Bringing the TTC's Line 2 east into the heart of Scarborough, the line hasn't come without controversy, panned for its outrageous price tag of $5.5 billion and offering just half the number of stations as the above-ground Scarborough RT it will replace.

But despite its shortcomings, there's still plenty about the new line extension for transit nerds to get excited about.

Unlike the twin tunnels that carry trains along most of Toronto's subway lines, Scarborough is getting one big tunnel, wide enough for two sets of tracks. Both the eastbound and westbound tracks will be contained within a single 10.7-metre diameter tunnel, much wider than your average transit tunnel.

Building a tunnel of this magnitude is no easy feat, and Metrolinx had to look all the way to the small town of Schwanau, Germany, near the French border, to source the gigantic tunnel boring machine (TBM) that will carve out a path for Toronto's next subway line.

Metrolinx has been following the testing of this enormous TBM since day one, sharing photos of its assembly and maple leaf-emblazoned cutter head.

Now tested and disassembled, the TBM is ready for its trans-Atlantic journey to the line's launch shaft, currently being excavated at McCowan and Sheppard.

Over the last few weeks, the dismantled TBM has been loaded into containers and shipped via barges along the Rhine River to the Dutch port of Westdorpe. From here, it will depart on Friday, Nov. 26, crossing the Atlantic Ocean as part of a 6,300-kilometre trek to Toronto. 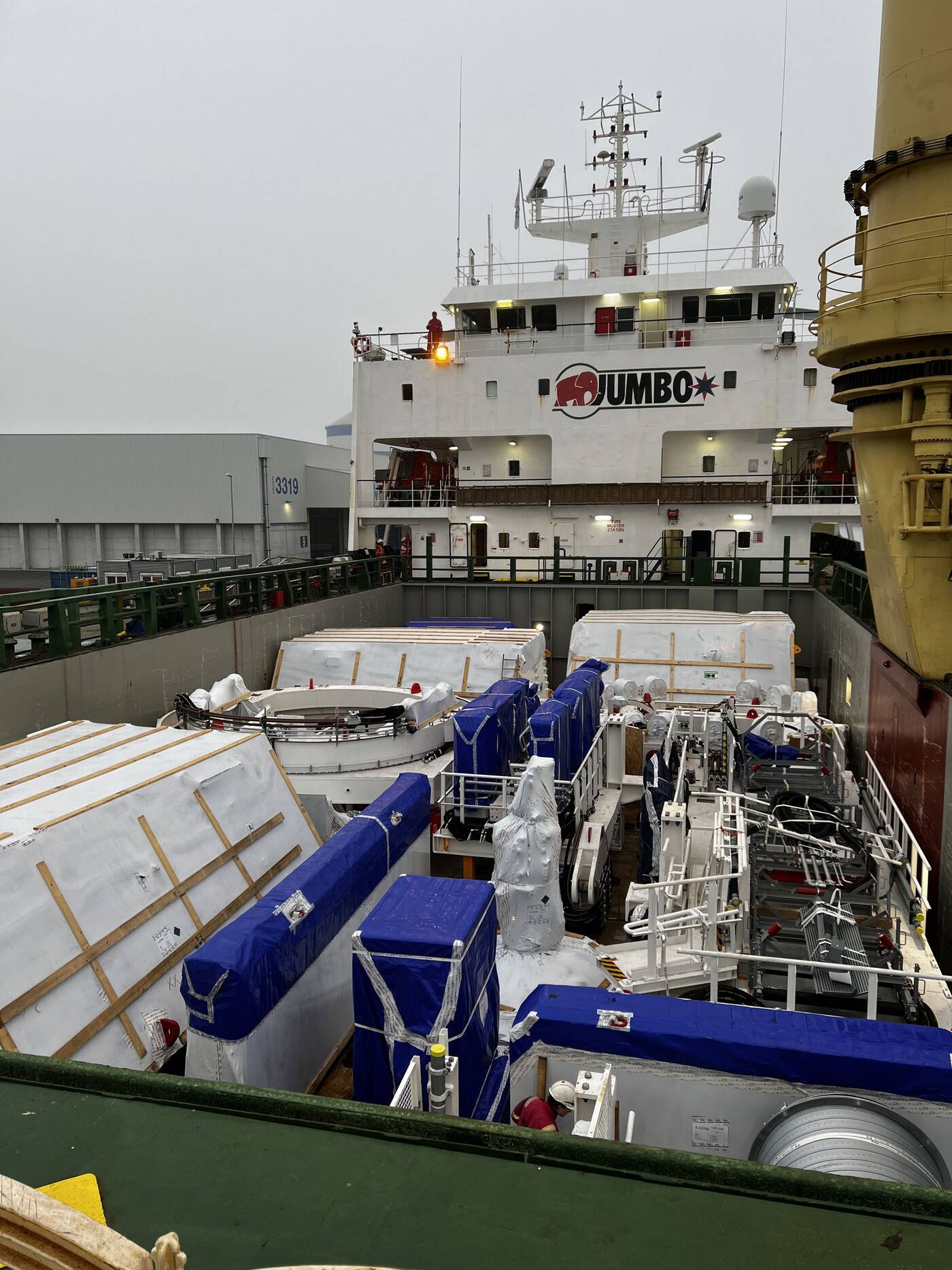 A container packed with TBM parts at the Dutch port of Westdorpe, awaiting its cross-ocean voyage. Photo by Strabag via Metrolinx.

But what kind of ship do you need to get a 2,000-tonne behemoth across an ocean?

A Dutch heavy load cargo container ship, aptly named Jumbo Vision, is the perfect ship for the job, with an impressive carrying capacity of almost 7,000 tonnes. That's the weight of almost 4,000 average-sized cars. 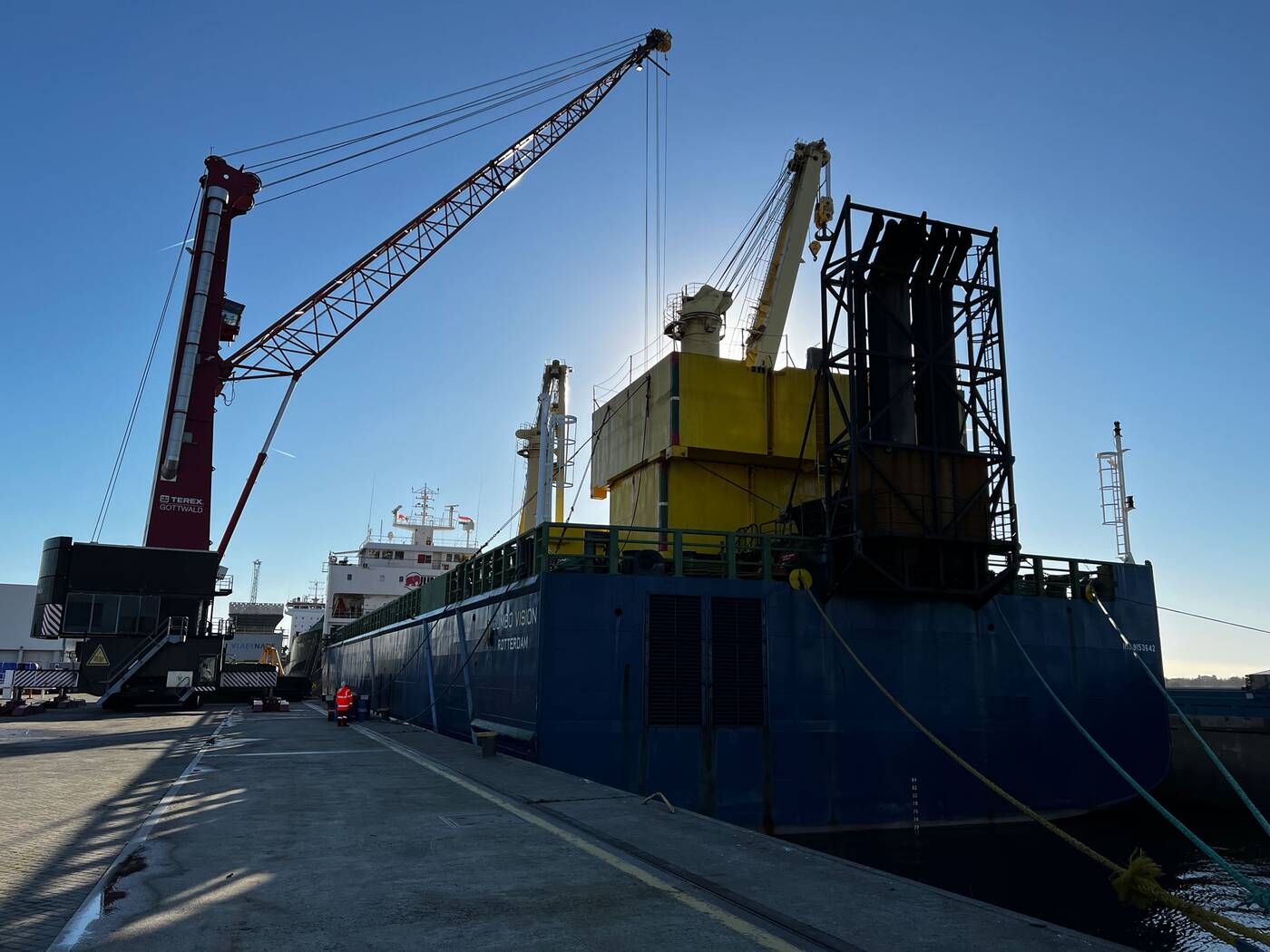 Jumbo Vision being loaded with containers full of TBM parts at the Dutch port of Westdorpe. Photo by Strabag via Metrolinx.

Jumbo Vision's approximately two-week voyage will depart Dutch shores on Friday, but there will be more updates as the giant TBM makes further progress.

The next big update will occur when Jumbo Vision passes through the St. Lawrence Seaway and arrives in the Port of Oshawa in mid-December. From there, the shipping containers carrying the goods will be trucked to the launch site, assembled, and lowered into the ground for a spring launch. 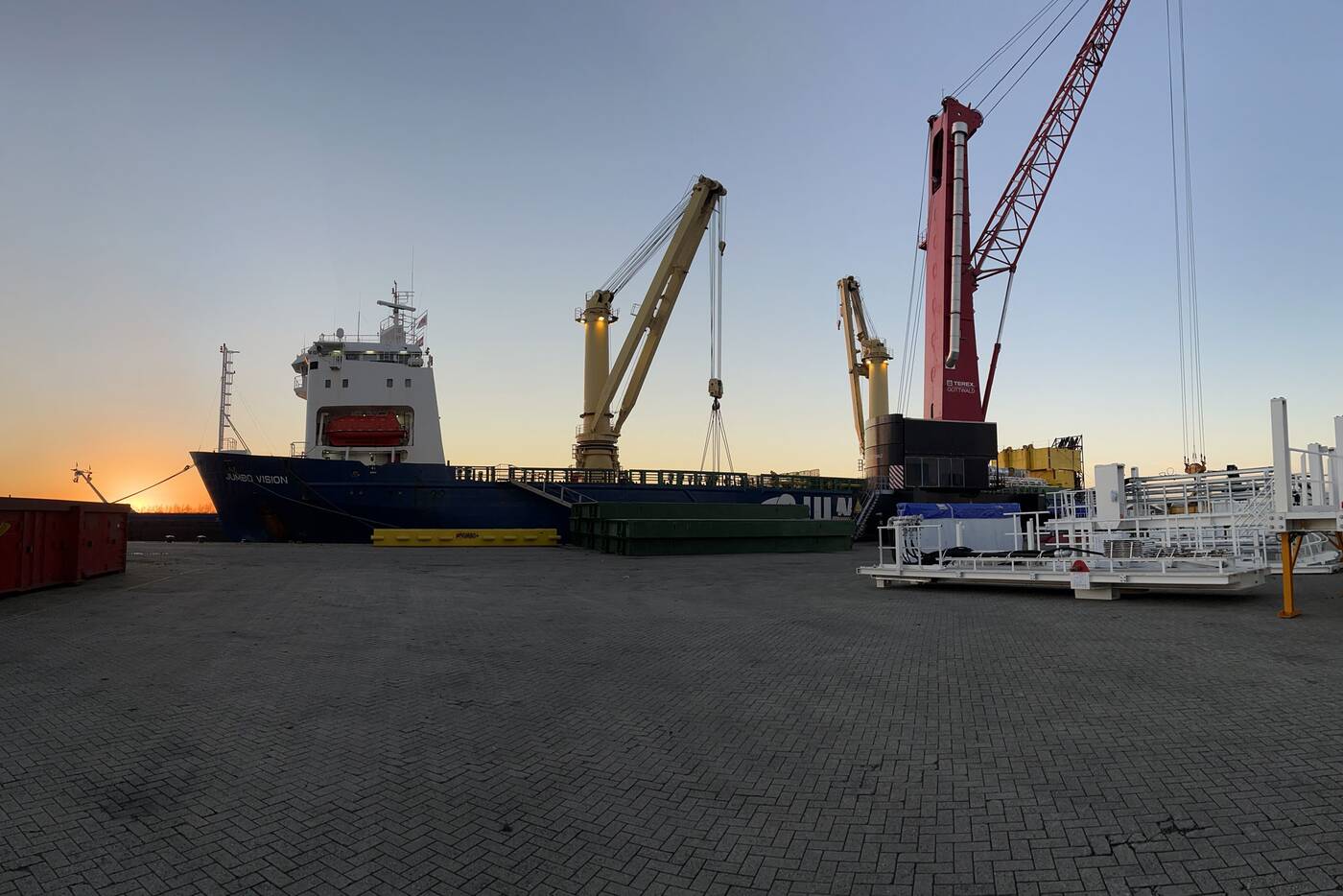 Jumbo Vision awaiting departure from the Dutch port of Westdorpe. Photo by Strabag via Metrolinx.

The Scarborough RT is expected to close in 2023, and Scarborough residents will have to go years riding replacement buses before the new subway extension opens, currently scheduled for 2029-2030.