Toronto's bizarre floating park is gearing up to open next spring

Toronto is about to get what might be its strangest park yet. This park won't be particularly large or unique in its design, but it's an unconventional placement in the heart of the city that will set the future CIBC Square park apart from others.

Developers Ivanhoé Cambridge and Hines are wrapping up the first phase of their CIBC Square office complex across from Scotiabank Arena, and construction is moving along for an even taller second phase building to the north. 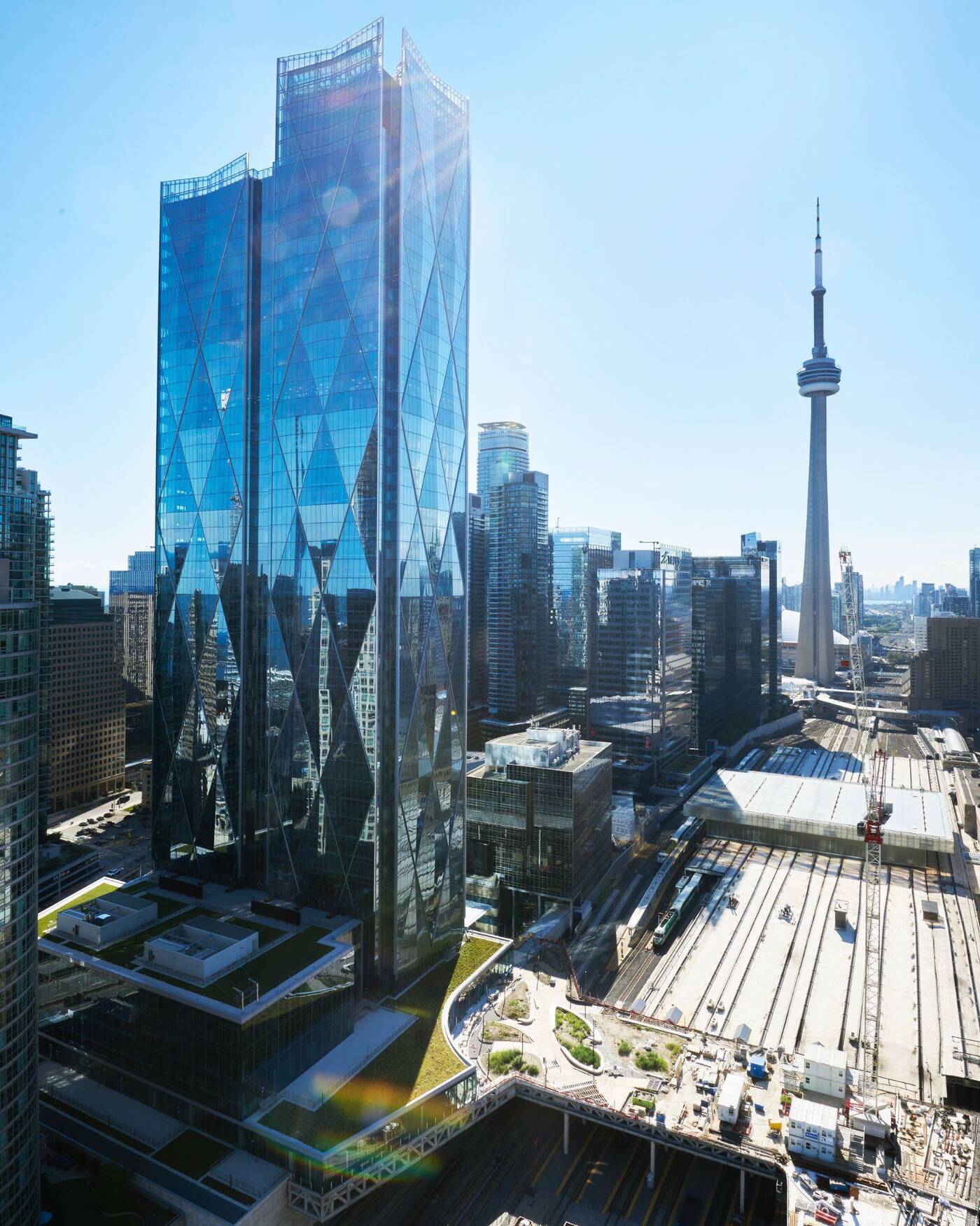 September view of CIBC Square and the new park. The second phase of the park can be seen on the far right. Photo via CIBC Square/Sierra Curtis Photography.

Bridging these two towers, a new one-acre park is being constructed four storeys above the Union Station rail corridor, and a portion of it is set to open to the public in spring 2022.

The under-construction CIBC Square park, which will eventually provide a nice view of the trains headed to/from Union pic.twitter.com/ajEzUG8y70

Sure, there are no sandy beaches or floating halos, but this just might be the only Toronto park you'll need to traverse enclosed escalators and stairwells to access.

The new park is being constructed in phases atop a steel deck crossing the rail tracks just east of Union Station. The first phase of the park, which was built alongside the complex's 49-storey south tower, was intended to open this past summer, though that target has been pushed back to the coming spring.

A second phase to the north is anticipated to be complete in about three years, with the whole park expected to be open by late 2024.

Commuters waiting on the rail platforms below are now being treated to a sneak peek at the park's newly-planted trees, a hint of how this urban space will appear as a suspended slice of tranquillity amid the fast-paced Financial District.

The CIBC Square sky park is taking shape. I love the semi-mature tree plantings. It’s going to be a great place to take in views of the CN Tower, and of course train watch. #Toronto pic.twitter.com/ulStpNuIvc

Four storeys isn't exactly an acrophobia-inducing height, but the park's position over the rail corridor will give visitors unobstructed views towards nearby landmarks like Toronto Island, the Hockey Hall of Fame, the Scotiabank Arena, and the CN Tower.

There will also be a range of programmed events like food markets, concerts, and more, while those just looking for a quiet place to work outdoors will have access to enhanced Wi-Fi. 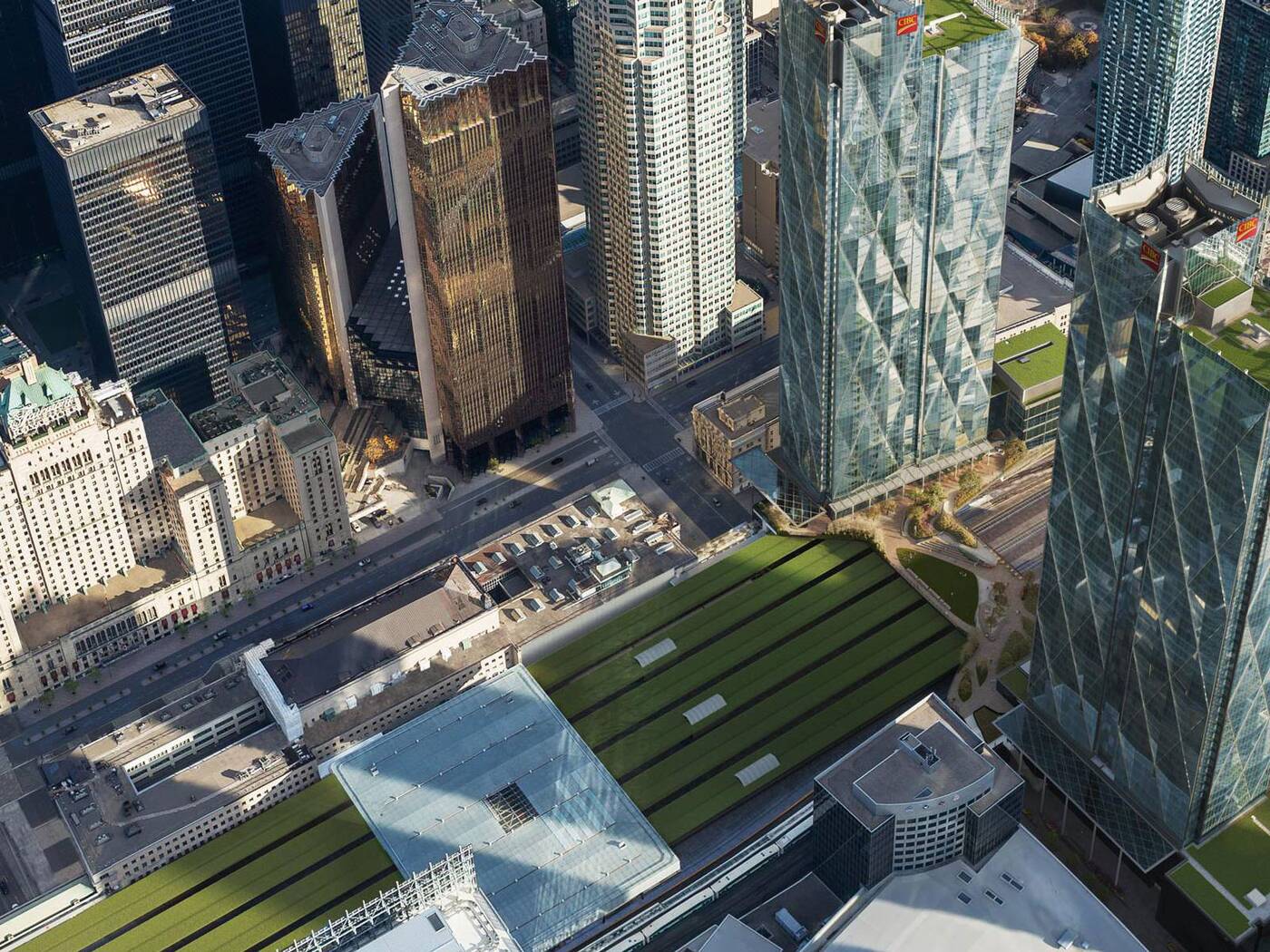 Rendering of the completed development with both phases of the park, as it should appear in late 2024. Rendering by Ivanhoé Cambridge/Hines.

Creative solutions to new park space have been popping up in urban centres around the world. Just this year, New York City celebrated the opening of a new public park hovering above the Hudson River earlier this year.