Toronto's insistence on tearing down beloved local establishments for condos may seem like the work of the devil, but the city is hoping to prove that it has an angelic side as well.

St. James Town West Park is set to be the latest Toronto park to see some major improvements, with the city currently showcasing a number of concept designs of new features they hope to include. 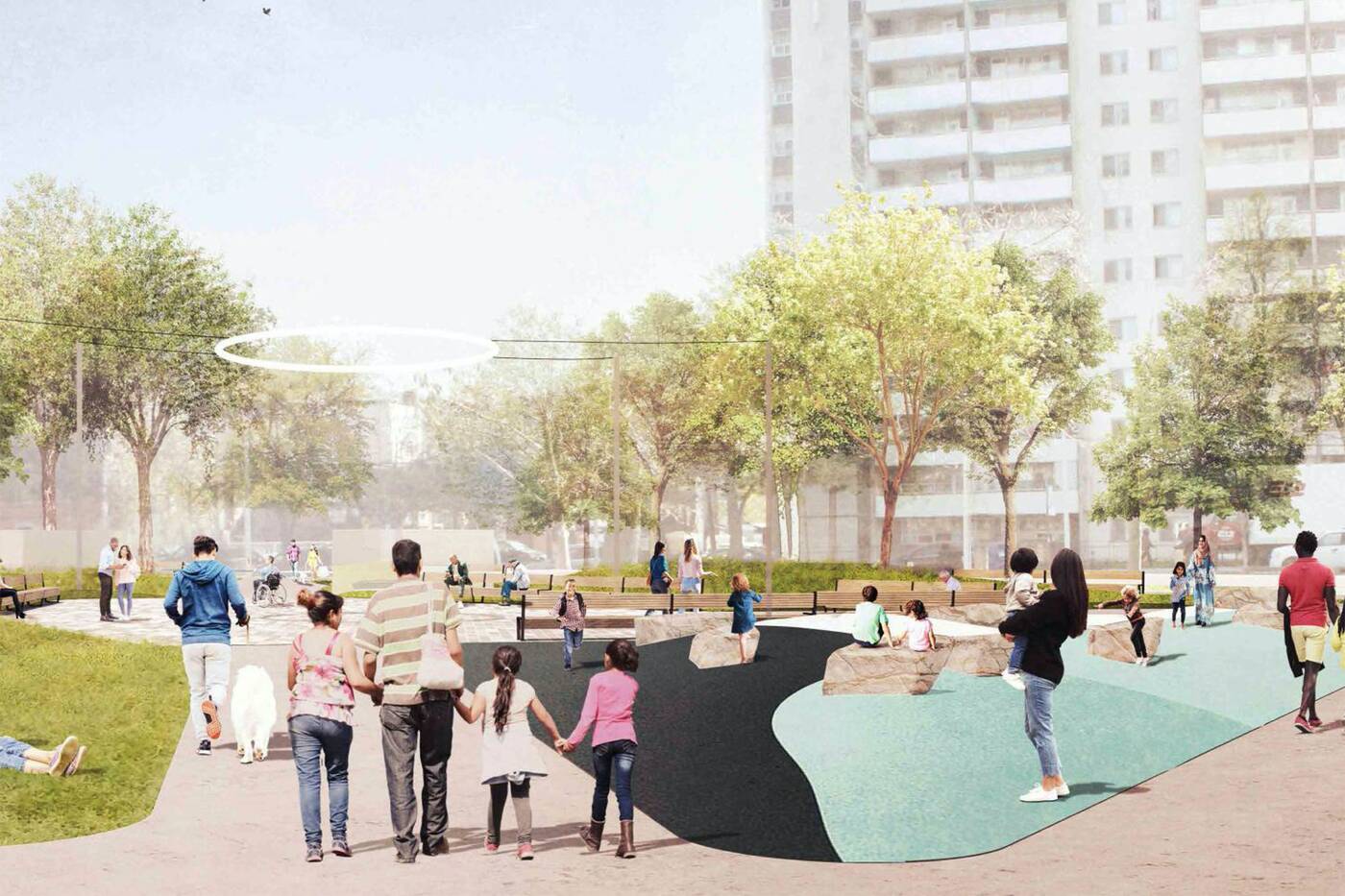 The park is located at 589 Sherbourne Street, just south of Bloor. Should everything go as planned and stay on schedule, construction on the park will begin sometime in mid-2022.

Currently, there are two plans being considered, with those involved expected to select their preferred option sometime this summer. 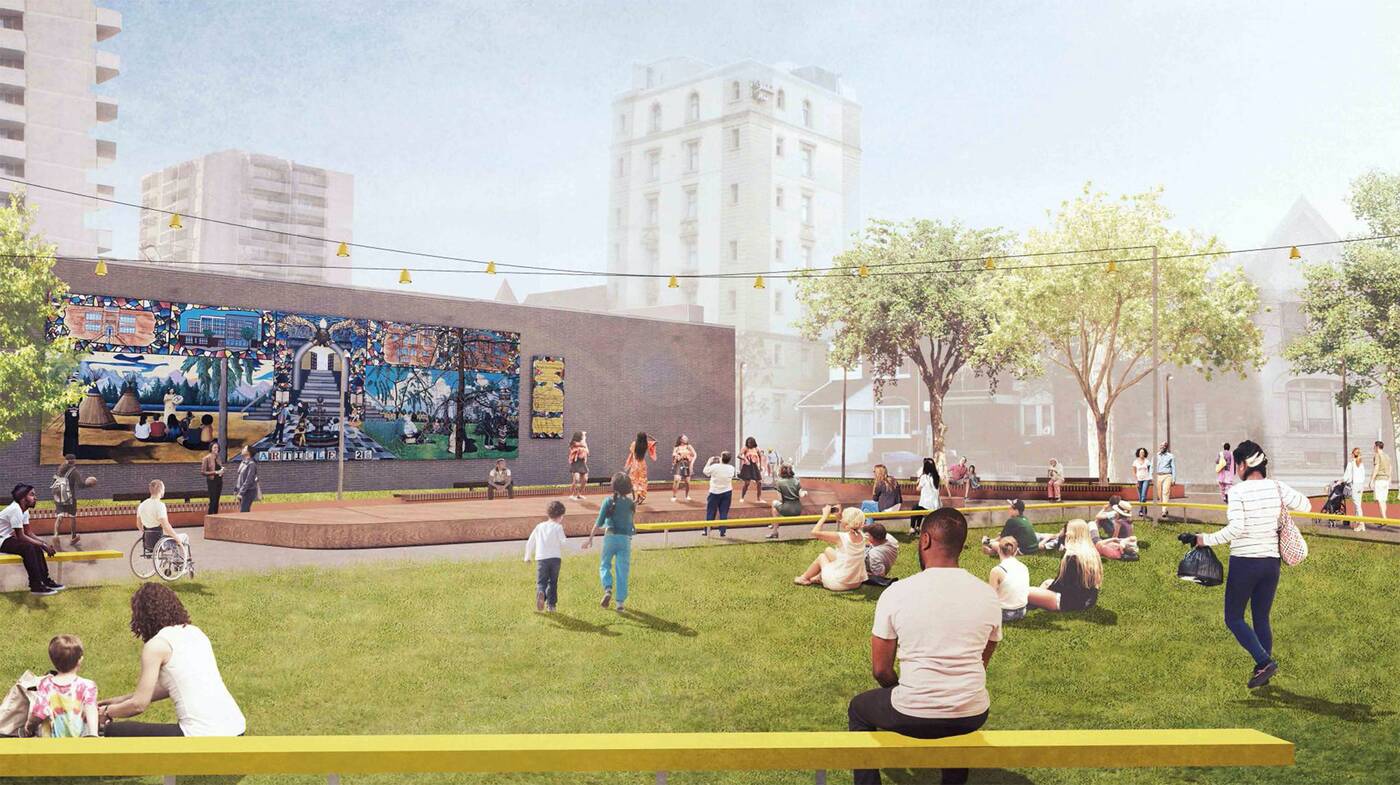 The most notable feature on either plan is the giant halo light that would float above a central plaza. This design plan has been named "Paths" due to the pathways extending out to Sherbourne, Bleecker, and Howard street that all lead to the central plaza.

On top of a central plaza with plenty of seating, the Paths design would also feature a play area for kids, drinking fountains for both dogs and people, and an area specifically for skateboarding. 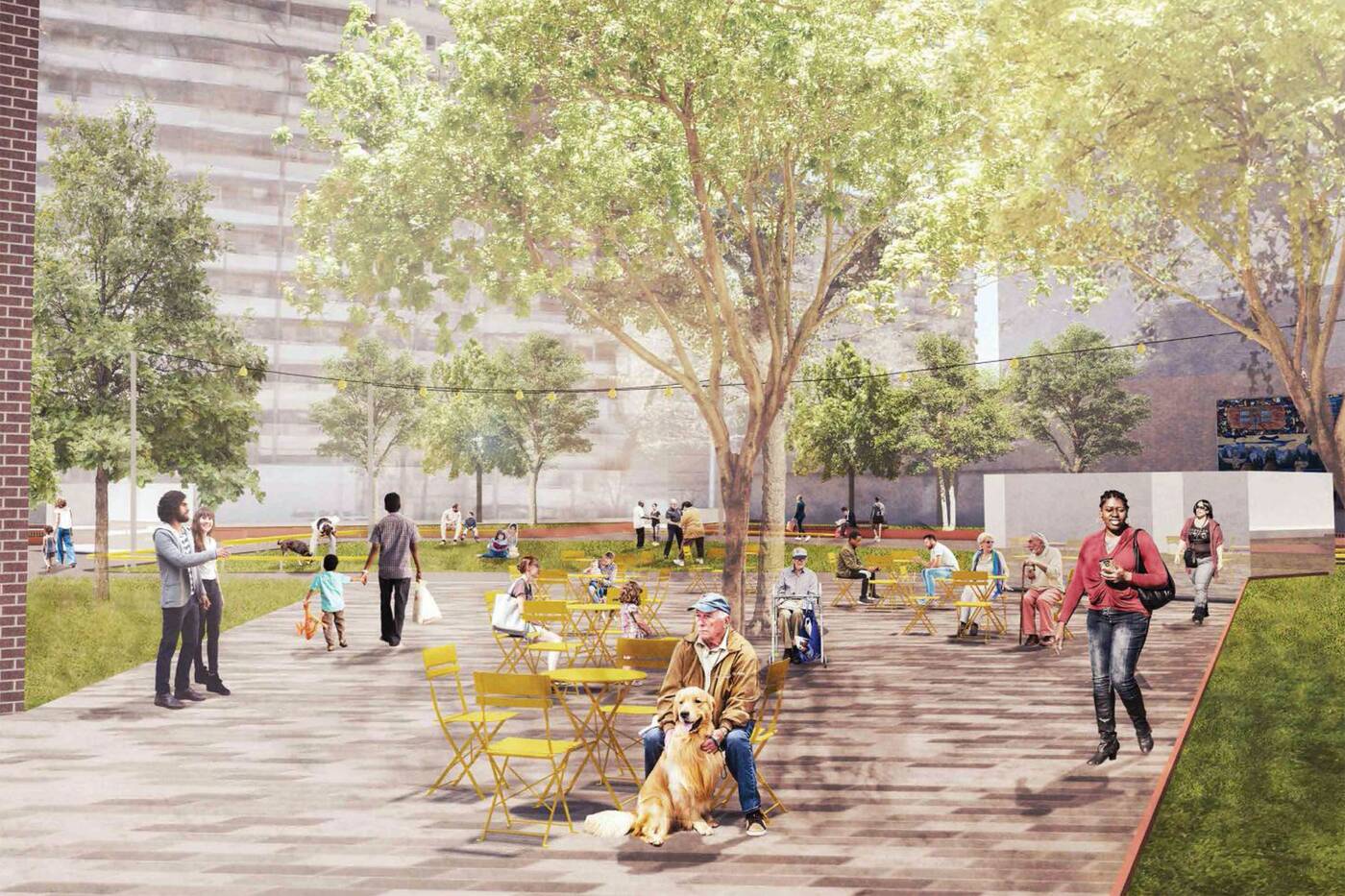 Helping add some beauty to the park, the plan also suggests planting new trees and an Indigenous art installment.

The other plan, named "Green Refuge" would lose the floating halo idea in exchange for more greenery. While there would still be a small plaza with seating, the main feature of Green Refuge would be a large centralized open lawn. 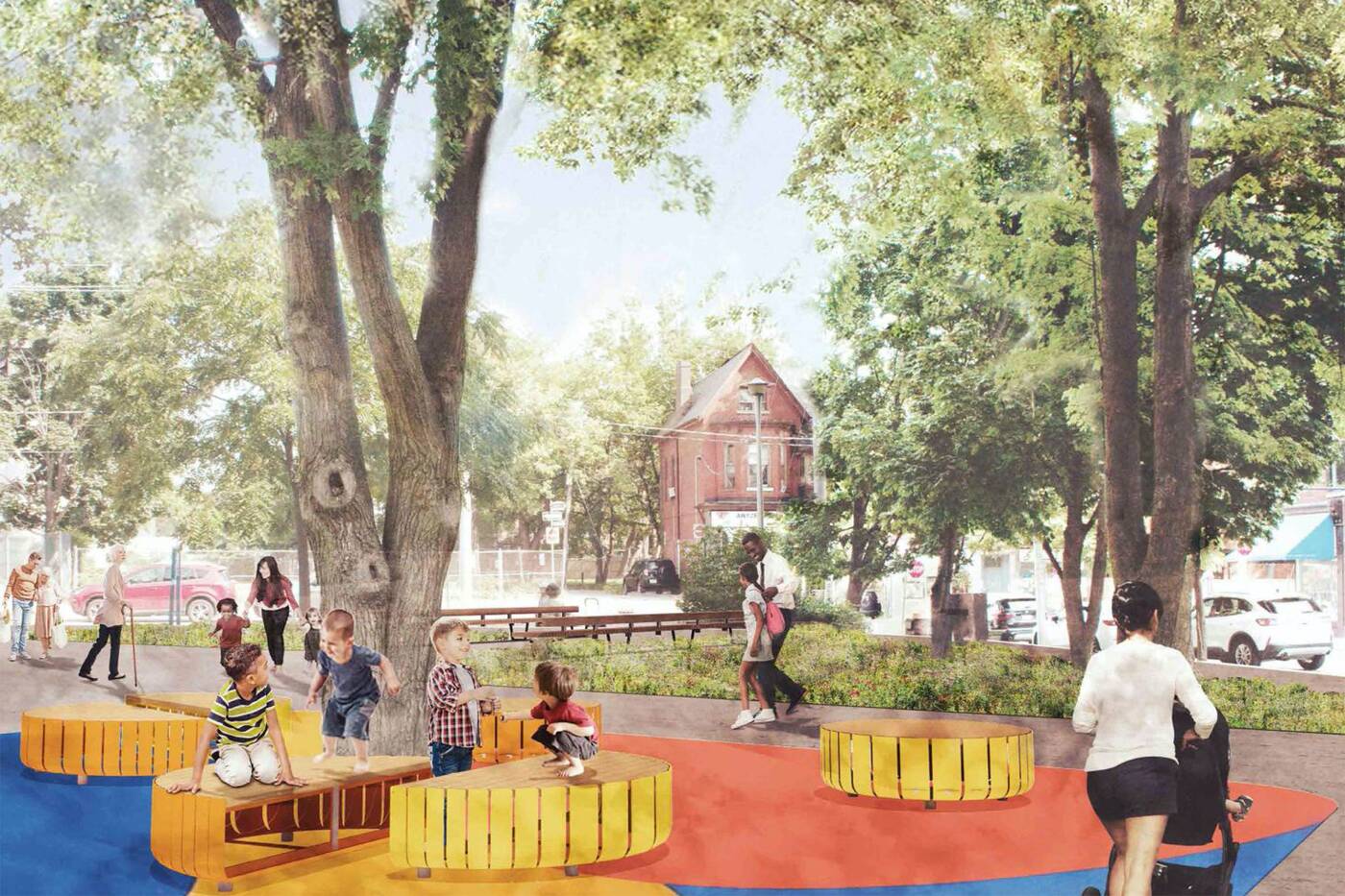 There would still be drinking fountains and Indigenous art, as well as a small children's plaza full of colourful benches and blocks to run around in.

For a city that can be as grey as Toronto, a colourful new park design is surely a welcome sight. If the floating halo option is chosen, it would be the second local park to have such a bright feature. 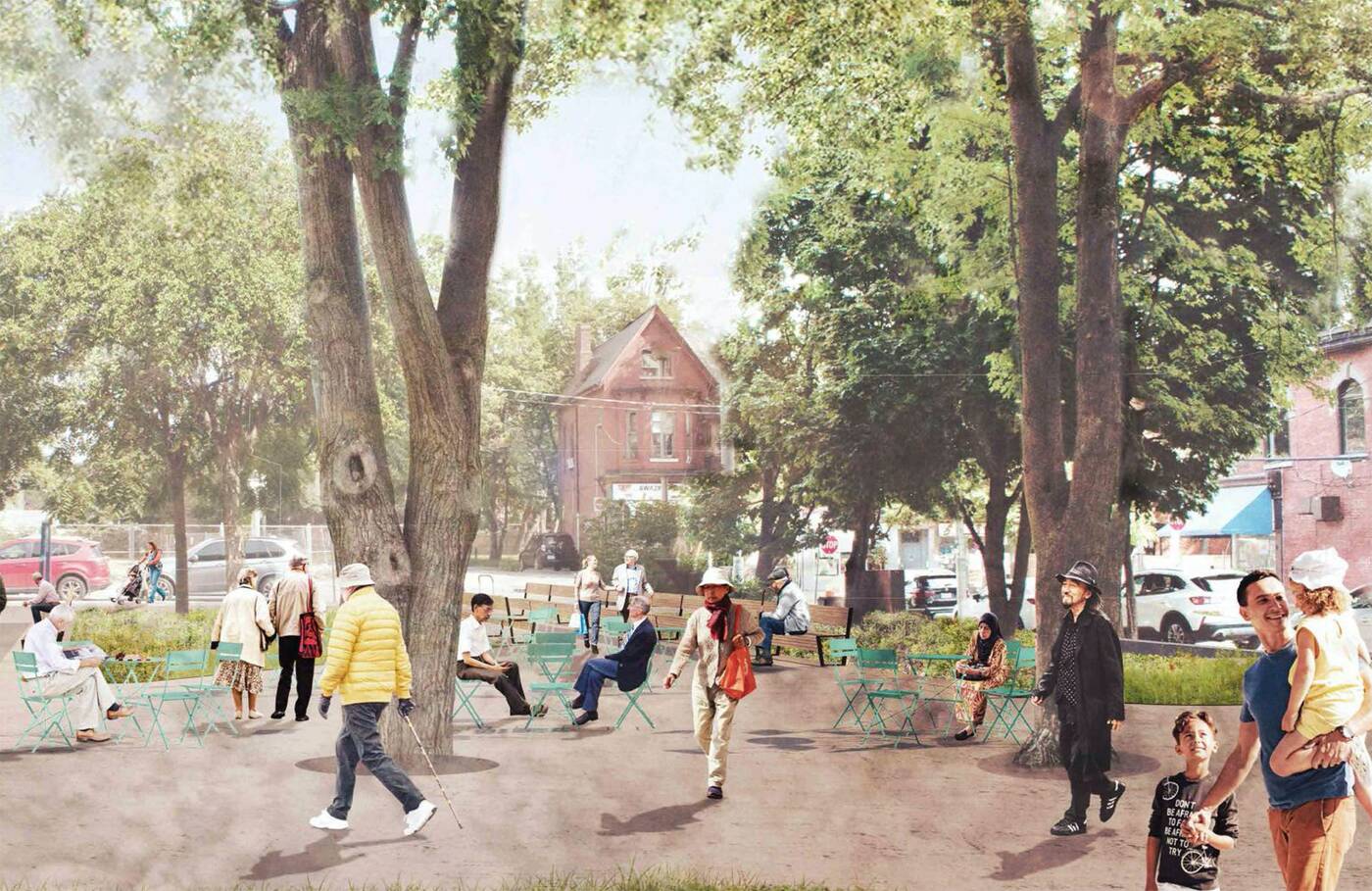