A convenience store in Toronto is losing sales after a condo developer put up a fence in front of it.

He Pan is the owner of Leslieville Variety located at 1275 Queen Street East, near Leslie Street.

Pan told blogTO he wasn't aware of the fence going up, one day in August 2021, he came into work, and there it was standing directly in front of his shop, running to the left side of the store.

Since August, Pan says his sales have gone down by over 30 per cent, compared to when the fence wasn't there.

"I'm very sad," said Pan. "It makes me feel like nobody cares about me or my business," he added.

On top of that, the fence leaves little parking room for customers and trucks offloading products into the store.

"Customers have a very hard time finding my store and it's frustrating," said Pan.

Pan tells blogTO with the fence blocking his store, he's afraid, if someone were to rob him, nobody would be able to see inside, or get him help, if he needed it.

Fieldgate Urban is the condo developer who put up the fence, they're planning to construct The Poet Condos, set to be a six story building, with 76 units, directly beside Leslieville Variety. 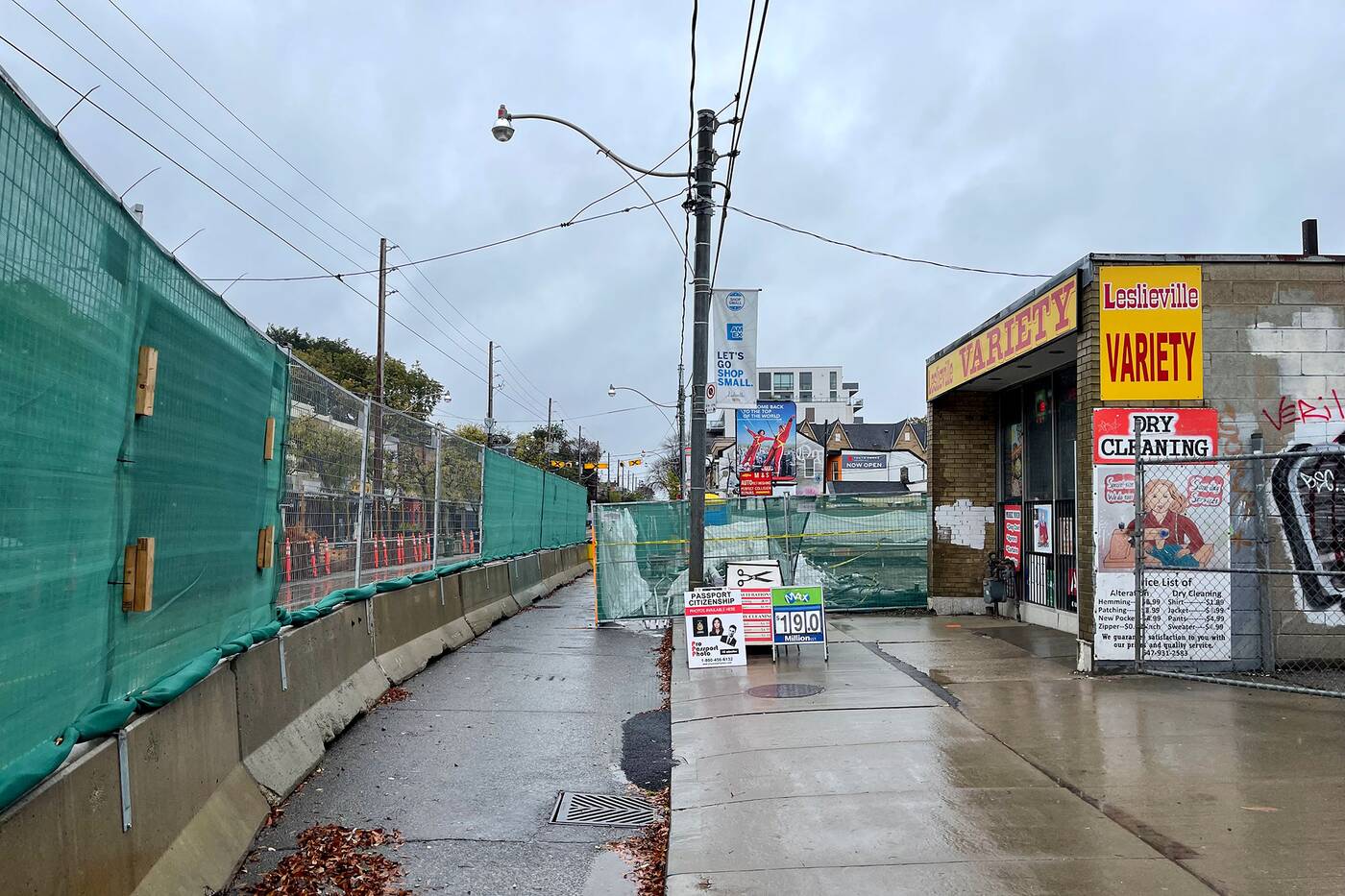 Access to the store is still possible via the sidewalk. Photo by blogTO.

Pan reached out to the city about the issues the fence was causing and they agreed to remove the green screening, however the metal fence itself, still remains.

Leslieville Variety isn't just a corner store, it means a lot to the community, as they also offer passport photos and cleaning services.

A Facebook group called "I am a Leslievillian" posted about the problems Pan was having with the fence.

"He is so personable and truly goes the extra mile for his customers,"
said Dyan V. Taylor.

Taylor made the post in the Facebook group asking others in the neighbourhood to visit and support Pan during this time. 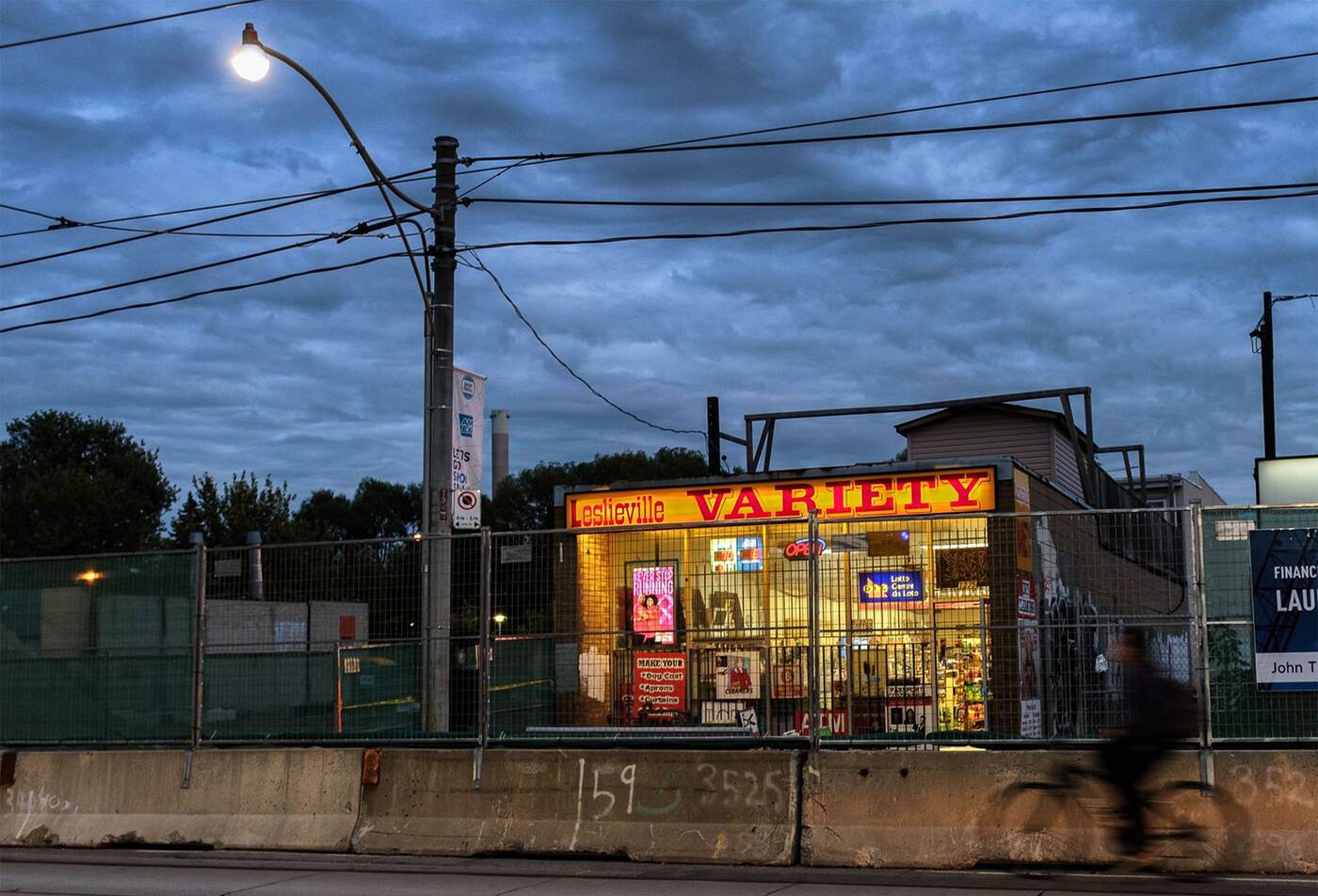 The view of Leslieville Variety at night. Photo by Frank Lemire.

"How is it even legal to close a side walk on a main street , who's making these decisions, kind of like, let's take down the ramps on the Gardiner Expressway," said Derek Muir.

Pan says it'll be another two years before construction on the condos next door are completed, he hopes to get help from the community to get the fence taken down before then.