The anti-vax movement has taken an ugly turn, which was admittedly extremely hard to do thanks to an already unsavory amount of action from those in that camp.

Violent vandalism can be added to the list of atrocities as at least one person was caught on film throwing rocks through the window of a number of businesses in Cambridge, Ontario.

Cambridge Medical Pharmacy and Zaz Bistro were two of the businesses affected, with the pharmacy facing $900 in repair costs while the restaurant who had many of their signs damaged could face a repair cost reported to be near $2000.

Nimit Viyas, owner of Cambridge Medical Pharmacy says that the rock thrown through his window had a crossed out drawing of a syringe on one side and the words "F*ck you commies" written on the other side. 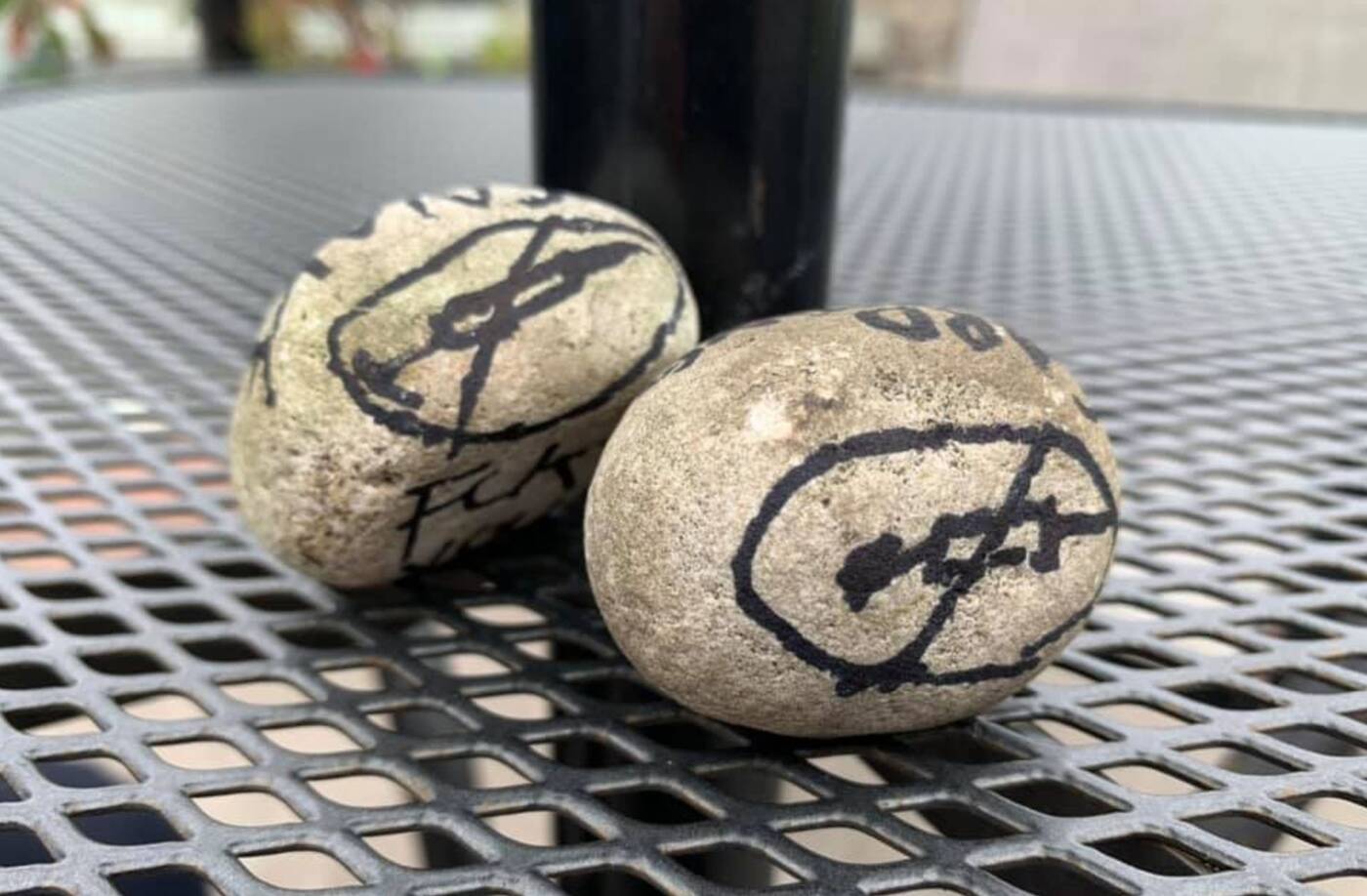 "It's only been a day since this happened on Tuesday evening and I found out yesterday morning," Viyas told blogTO.

"So far we haven't really faced any other backlash or support, but when patients notice they tell us they think it's horrible what happened."

After spending much of the last year trying to get his community vaccinated and healthy, it seems like a brutal lashing out by someone who insists on harming those who are trying to do good.