Framing the south side of Nathan Phillips Square across from City Hall, the Sheraton Centre Toronto has stood as a landmark on Queen West since 1972, and new plans tabled with the City are revealing a big exterior update in the works for the 1300-room tower.

In the decades since the hotel opened as the Four Seasons Sheraton Hotel, the city blocks around the 42-storey tower have matured, and so too has the property's branding and signage to reflect changing times. 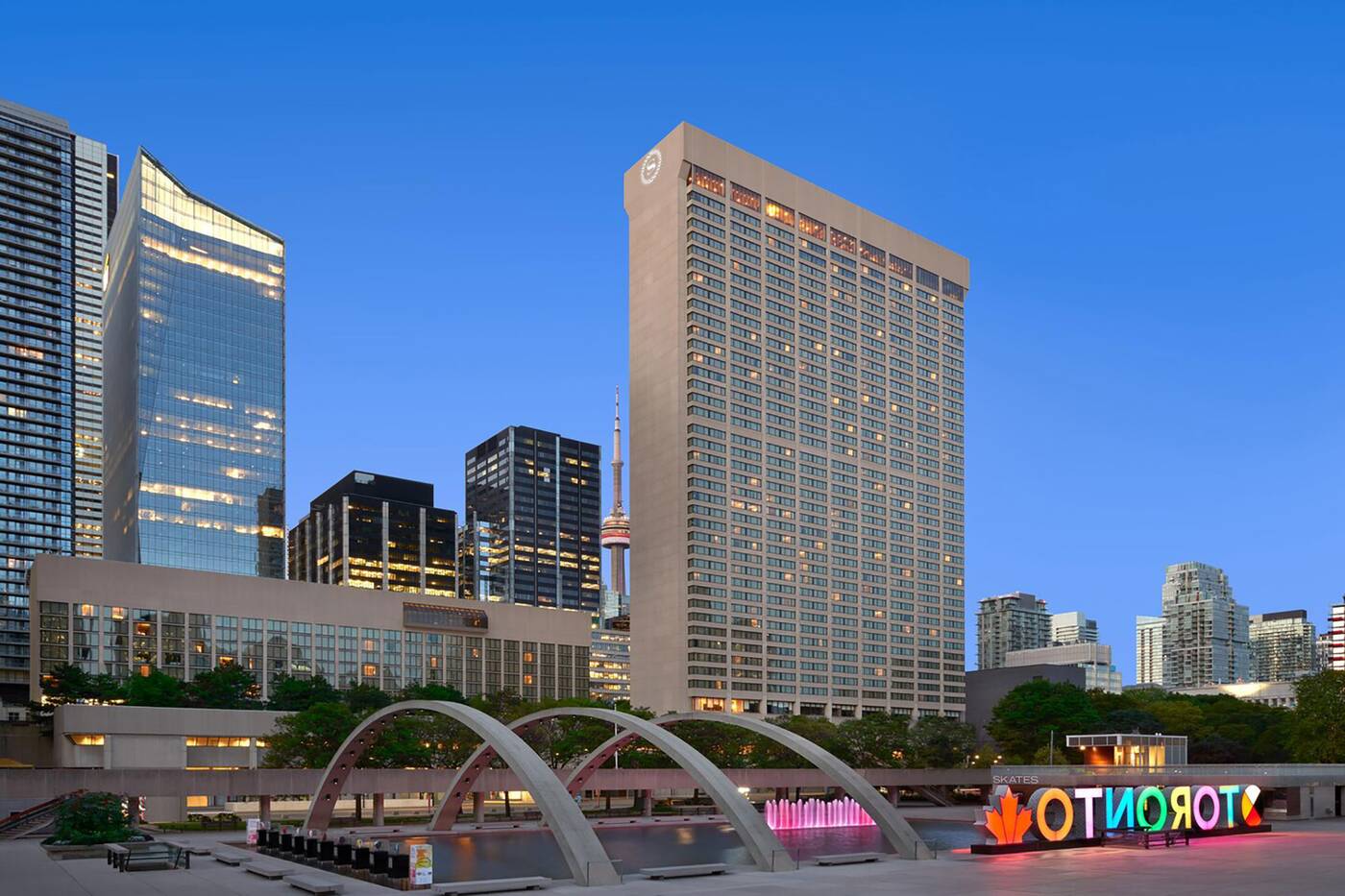 Showing signs of age, the hotel underwent an extensive renovation, completed in 2016, and not long after, the property was purchased by Brookfield Asset Management in 2017 for a staggering $335 million.

In 2020, Brookfield and the Sheraton Centre embarked on another major revitalization to modernize several areas of the aging concrete titan while preserving its distinctive mid-20th century vibe.

The most recent news on the Sheraton Centre's ongoing update came in the form of a signage application submitted to the City on Thursday.

Plans to update the property's branding include a proposal for nineteen new signs to replace the existing signage. This consists of replacing the prominent Sheraton crest atop the tower's west face, and more notably, the massive Sheraton Centre sign crowning the tower's south face. 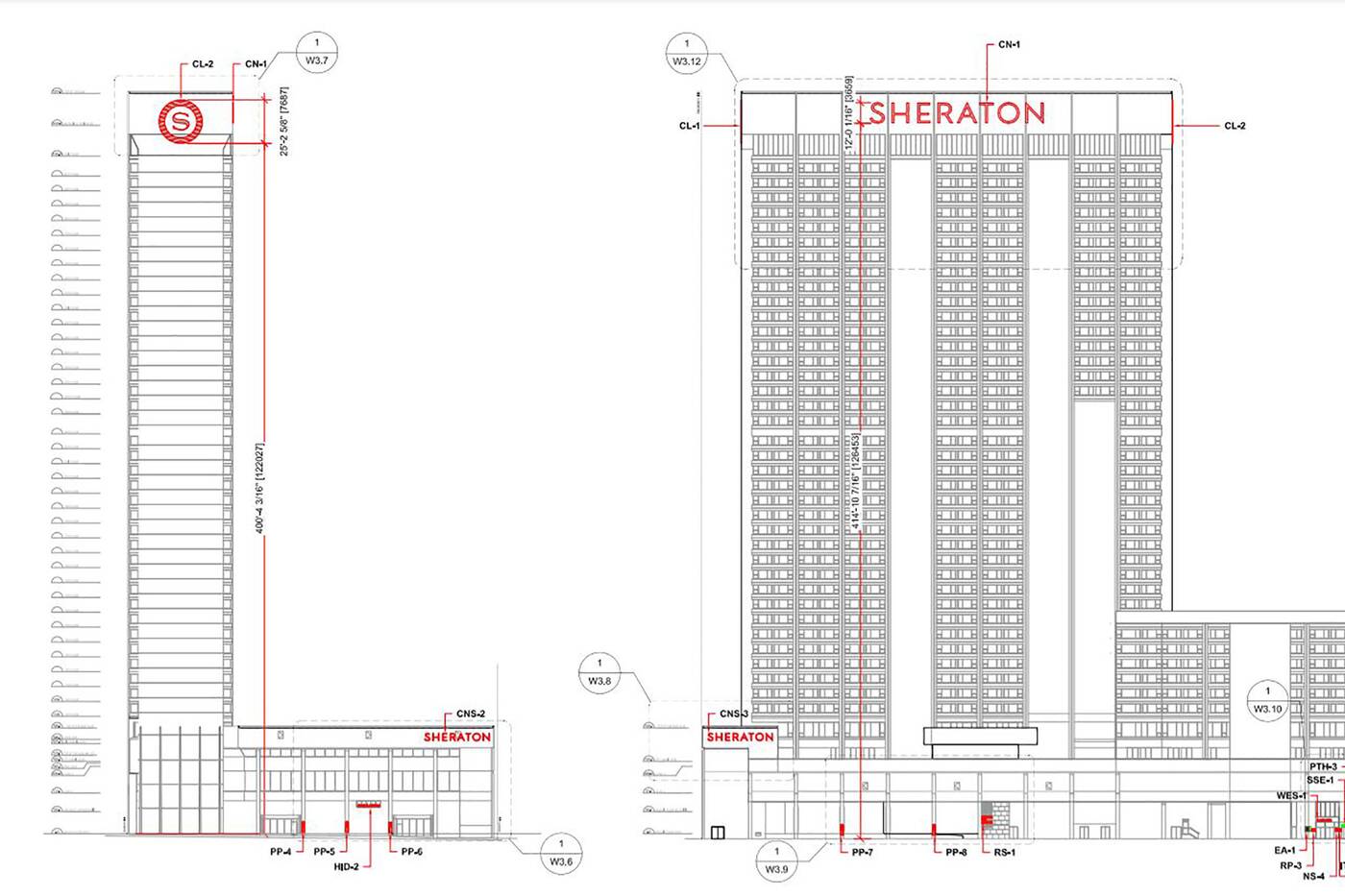 A black lattice with suspended plants will top a refreshed Queen Street entrance. This design detail dovetails with more suspended greenery in the lobby, another element in the 2020-started renovation. 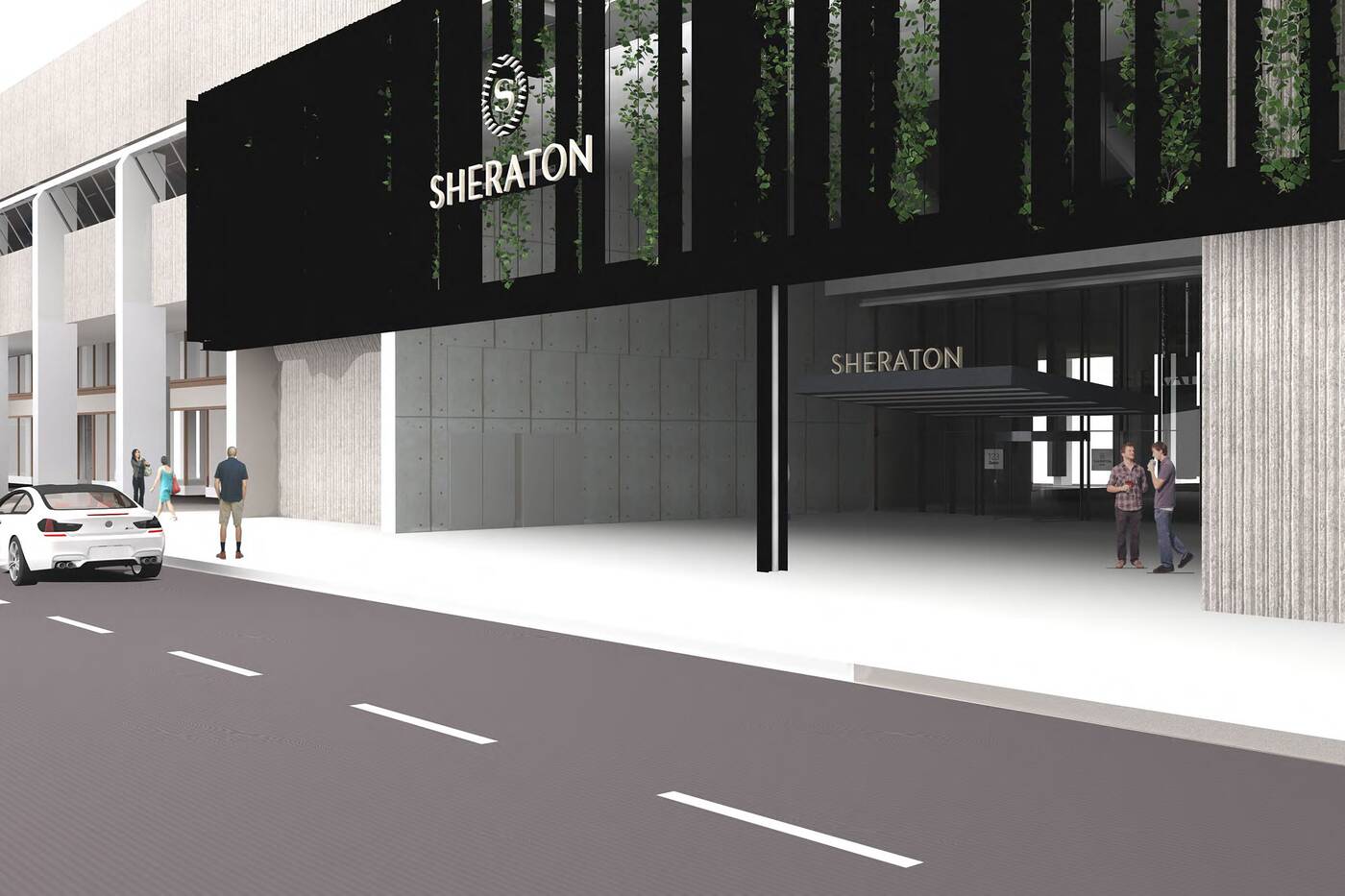 Unlike another signage makeover that was recently proposed nearby, the Sheraton Centre is taking a restained minimalist approach that seems to take the building's exposed concrete design into consideration. 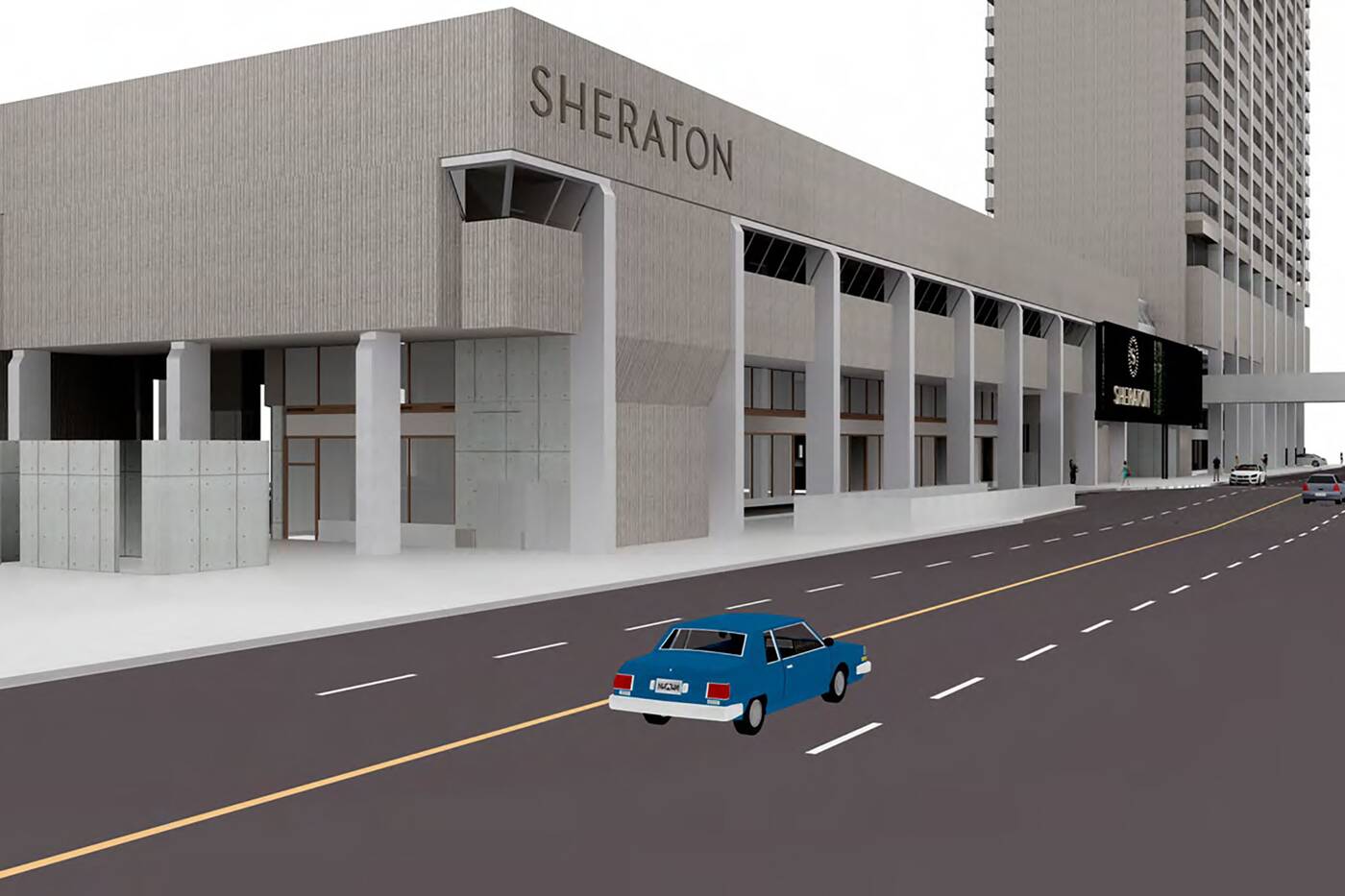 These new changes may even be in place by the 50th anniversary of the hotel's October 16, 1972 opening, now just over one year away. 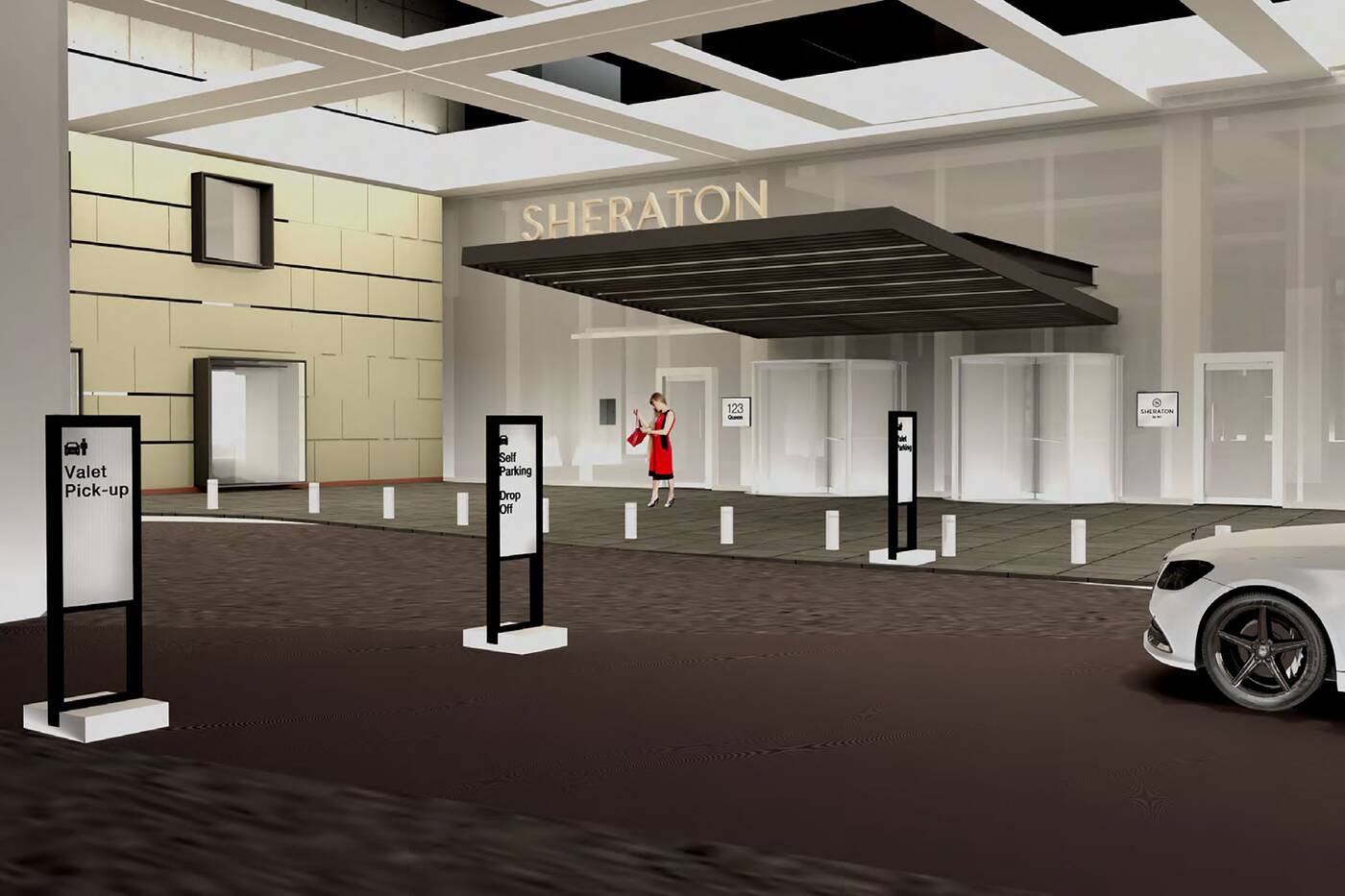 As one of Toronto's largest hotels and the city's second-tallest purely hotel building, the Sheraton Centre was particularly hard-hit by the pandemic, left with a vast property to maintain and little demand for travel accommodations. 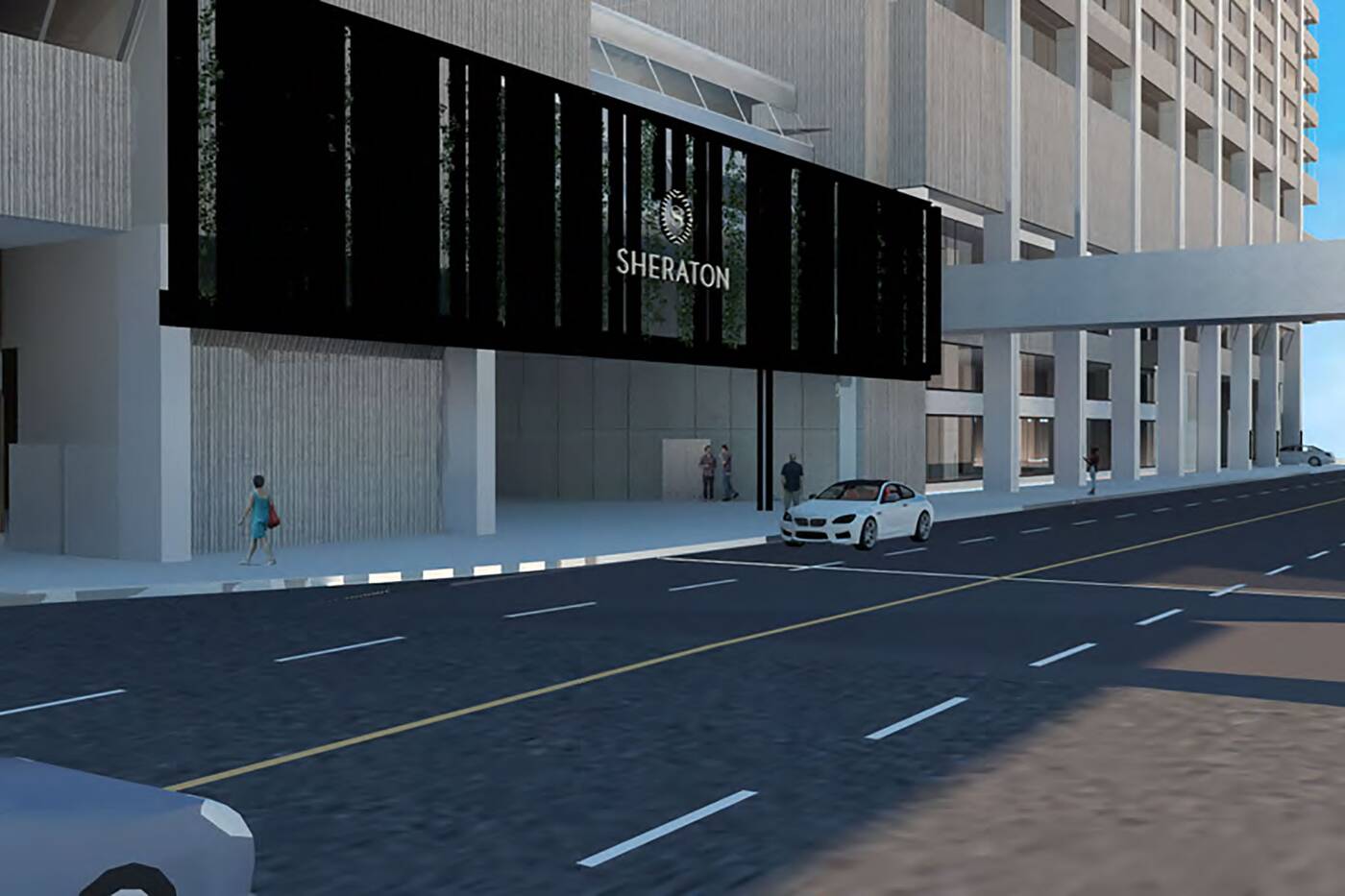 Still, the latest round of proposed changes shows that the ownership is still bullish on a bounceback in travel that has been expected for some time.