The new modelling projections that a former Ontario COVID-19 Science Advisory Table member suggested the provincial government was deliberately sitting on have been released, painting a picture of what a worst-case fall could look like as far as virus transmission.

The group of 40 or so experts, appointed by Premier Doug Ford and his team early last year, are predicting that we could see as many as 9,000 new cases of the virus daily in just a month's time as we enter the peak of a "substantial" fourth wave that could have the potential — again, in the worst-case case scenario — to overwhelm ICU capacity. 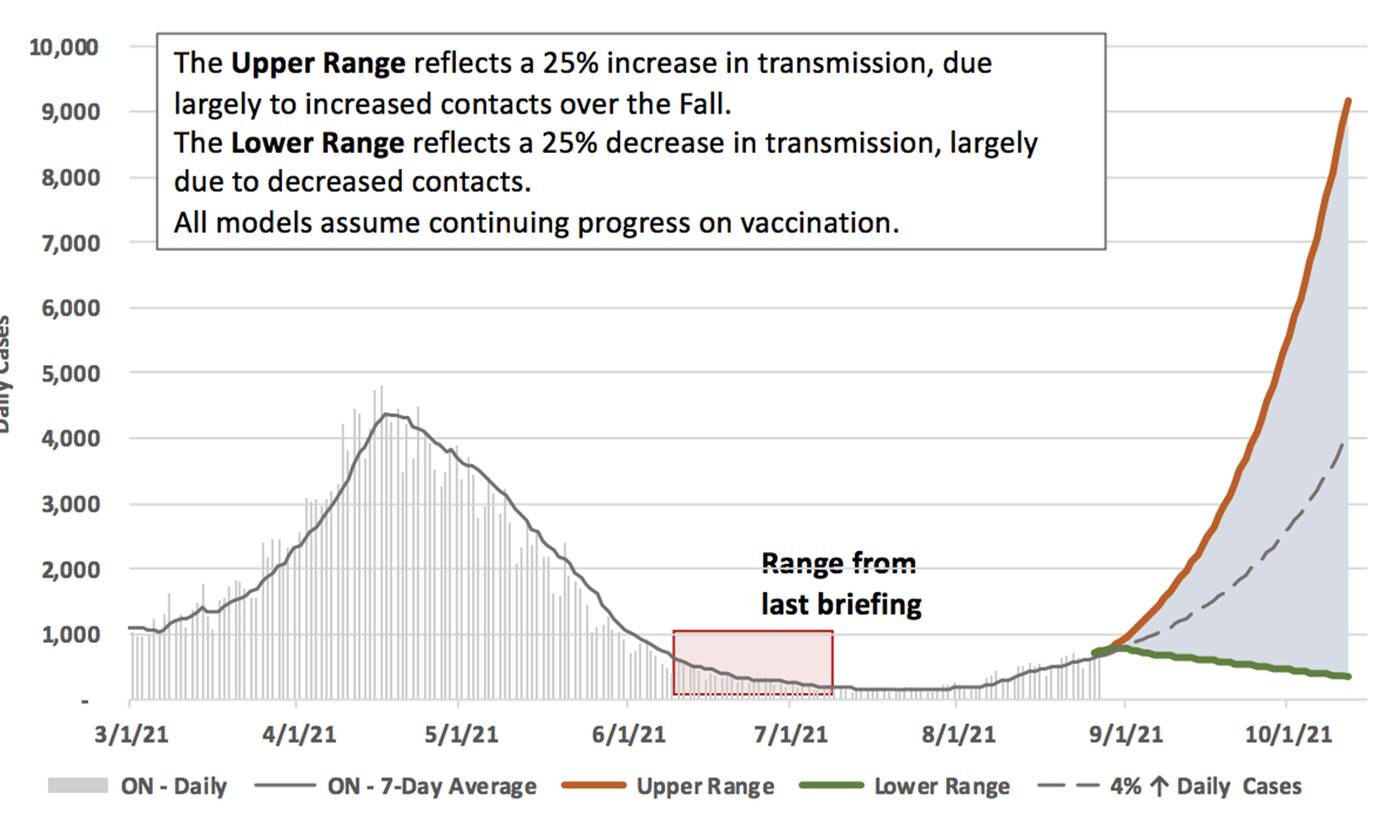 The experts predict up to 9,000 daily cases of COVID-19 in Ontario by Oct. 1 if contact among the public increases above current levels, as is expected when kids return to school and more adults return to their workplaces. Chart from the latest modelling projections from the province's COVID-19 Science Advisory Table.

"The risk of hospital and ICU admission after infection is 2 to 3 times higher after infection with the Delta variant as compared with the original SARS-CoV-2 virus," the table notes in its report released on Wednesday, in which it refers to the more transmissible variant as an "acute threat to public health."

The group is suggesting that in light of this, vaccination numbers have to increase higher than initial targets for further reopening to reach something closer to the 90 per cent goal that the province's chief medical officer of health floated earlier this month.

"Vaccination offers substantial protection against severe health outcomes. We do not expect to see the same proportion of severely ill cases in the vaccinated," the modelling document reads.

"Because of the Delta variant and to avoid a lockdown in the fall, vaccination needs to accelerate substantially above 85% of eligible population aged 12+ fully vaccinated."

This comes just a few weeks after Ford vowed that there would be never be a return of pandemic lockdown measures. 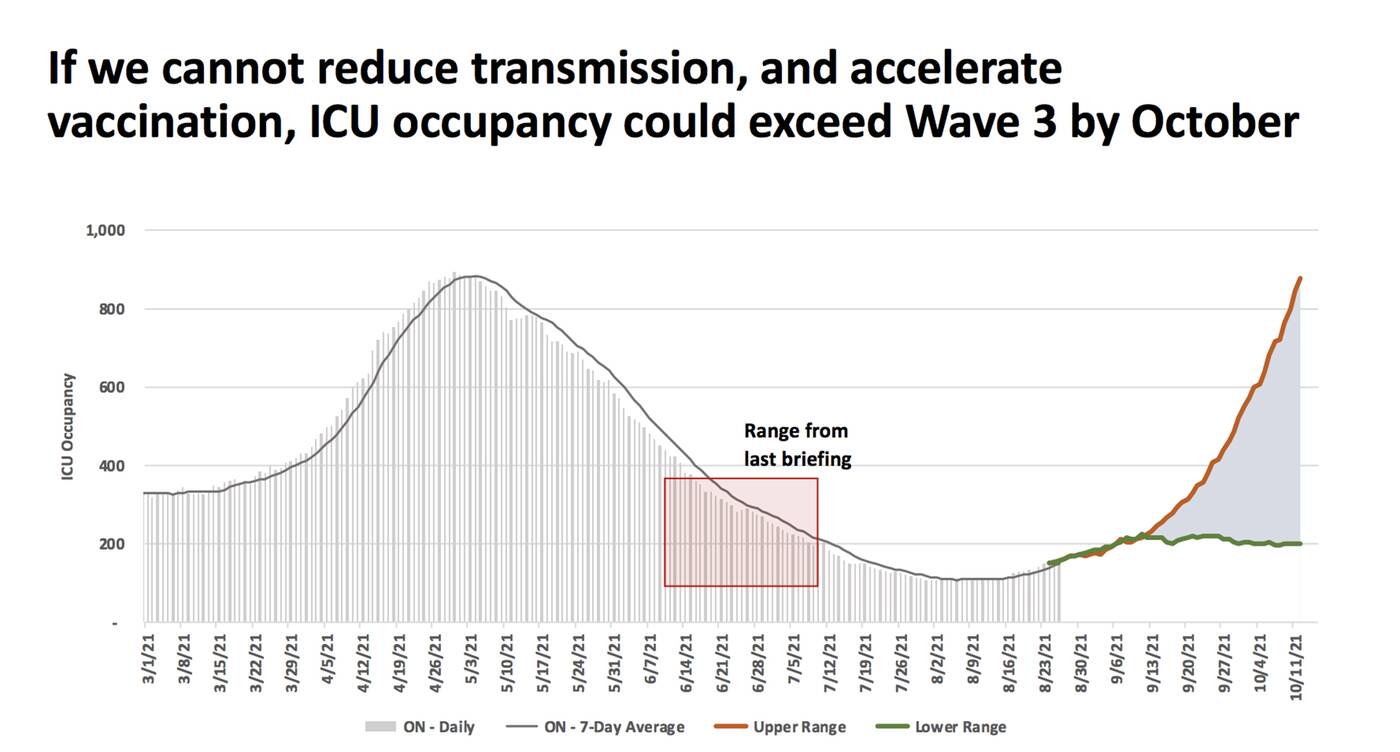 At worst, the fourth wave could be worse than the third as far as ICU occupancy provincewide. Chart from the latest modelling projections from the province's COVID-19 Science Advisory Table.

Also key, the group says, is immediately reducing contacts through the return of some lighter restrictions, such as implementing more stringent capacity limits in indoor settings and cutting down on large gatherings.

Also, maintaining mask mandates — which the province has already said it plans to do well past Step 3 of reopening — and encouraging people to continue working from home rather than return to the office, along with pushing inoculation.

More among those who have yet to get jabbed are expected to with the recent announcement of the province's vaccine passport, the rollout of which starts later this month.