If you were hoping for some consistency weather-wise in Ontario as we look ahead to the end of summer in a few weeks, you're in for disappointment, according to a newly-released long-term forecast for the year from Farmer's Almanac.

For winter 2021-2022, the long-running reference book is calling for a "frosty flip flop" in the province and across the country — because what else would Canadian climate be if not characteristically cold and completely all over the place.

"Grab your gloves and fetch your fleece — it's going to be a yo-yo type of winter with notable polar coaster swings in temperatures," says the Almanac, which has for centuries predicted weather, moon phases and more, in its latest forecast for winter in the Great White North.

Though most of Canada will see a relatively normal amount of snow, there will apparently be some "month to month flip-flops" and storms that will bring tons of the white stuff in bursts, along with some rain and "everything in between," especially in January.

February will see fewer storms and less precipitation coast to coast overall, but there should be what the experts are calling a "winter whopper" for Quebec and Ontario specifically by the end of the month. 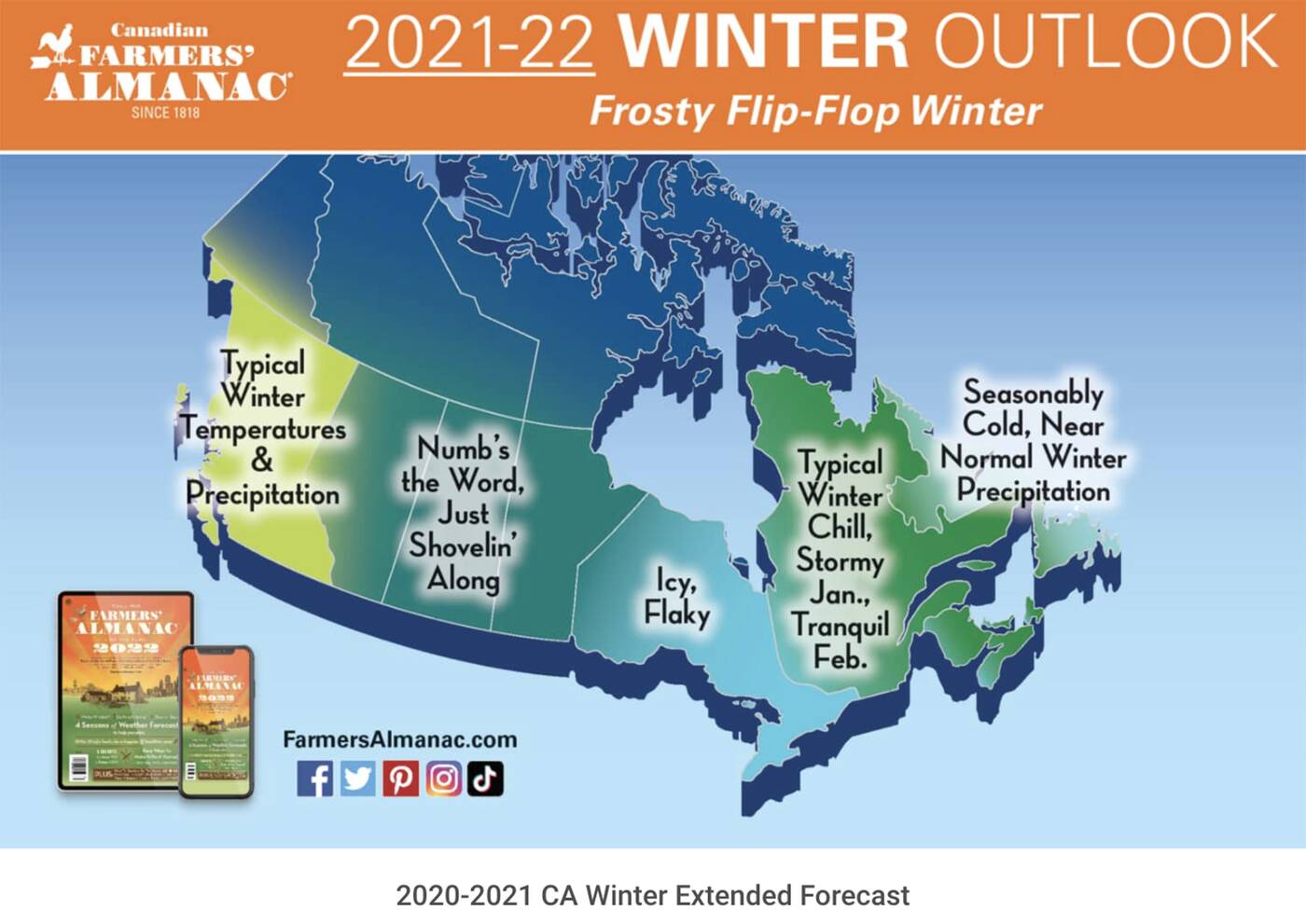 March will be calmer, but even in the absence of tempestuous snow storms, things will be freezing and icy, especially in Ontario — as it will be all winter long this year, starting with some early (and very wet) snow by the end of October.

"Grab your fleece and stock up on firewood. This winter’s temperatures will require some additional wool to keep the cold away," reads the forecast, stating that while eastern Canada will see "near normal to somewhat below normal" thermometer readings and the west coast will get near normal ones, the middle of the country — including Ontario — will be seeing "well below normal" temps.

Things will start out milder in January, only to freeze up and get "very cold" the following month. March will sadly have few and far between spring-like days with unseasonably cold temperatures, which in Ontario will mean icy, flaky conditions, some painfully numbing ears and that characteristic crunch underfoot.

So if you love the heat, enjoy it while it lasts — and in Toronto, it's definitely here this month — and if you're a snow bunny, you're in for a treat this winter.