Bad news for any Mississauga locals who thought they had the once-in-a-lifetime experience of witnessing an actual UFO in action: they didn't.

Footage of a grey, shadowy object floating ominously through the Mississauga sky was posted to YouTube last weekend by two separate accounts that claim to share UFO sightings from around the world, causing rumours to circulate about whether an otherwordly being was spending some time in the GTA.

The video, allegedly captured on Aug. 21, is blurry and taken from a distance, making it nearly impossible to discern what the object could actually be.

Still, some individuals — including a YouTuber with more 54,000 subscribers — were fairly certain it was some kind of extraterrestrial.

The website insauga.com published a story about the potential UFO sighting after the videos were first posted online, but two readers quickly quashed the fantasy that the object was an alien.

"We saw balloons over Meadowvale Saturday night," wrote one reader in the comment section.

"It's a Mr. Peanut balloon," wrote another. "Photo from different angle: https://ibb.co/LgxJvvp" 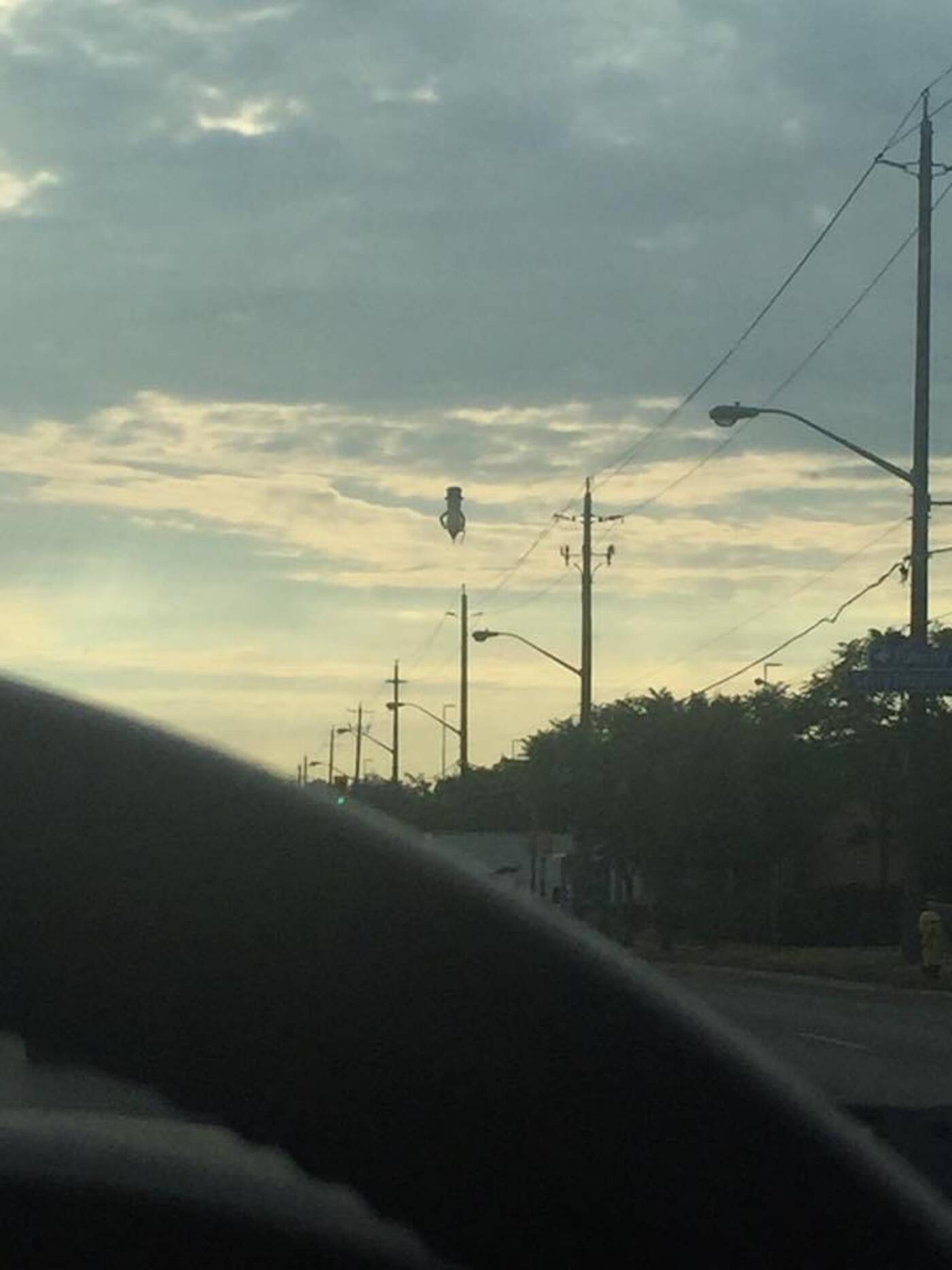 A photo of the Mr. Peanut balloon. Source: Alvin Acyatan

Indeed, the photo posted by the reader shows what is clearly a giant Mr. Peanut hot air balloon floating in the distance, effectively putting the UFO rumour to bed once and for all.

While spotting a giant Mr. Peanut balloon may not be quite as exciting as getting to see an alien, it has been quite some time since GTA residents have gotten to see the giant inflatable in action — so residents who witnessed the floating object can take comfort in knowing their experience was still a rare one.