A Toronto intersection was one of the worst in the city — confusing and dangerous for cyclists, pedestrians and drivers.

College and Dundas Streets intersect, just west of Lansdowne Avenue, in a kind of pie shape with St. Helens Avenue on the north side of the intersection and streetcars running along both Dundas and College adding to the mayhem.

For drivers and cyclists unfamiliar with the area, it is difficult to figure out how to safely navigate the intersection. 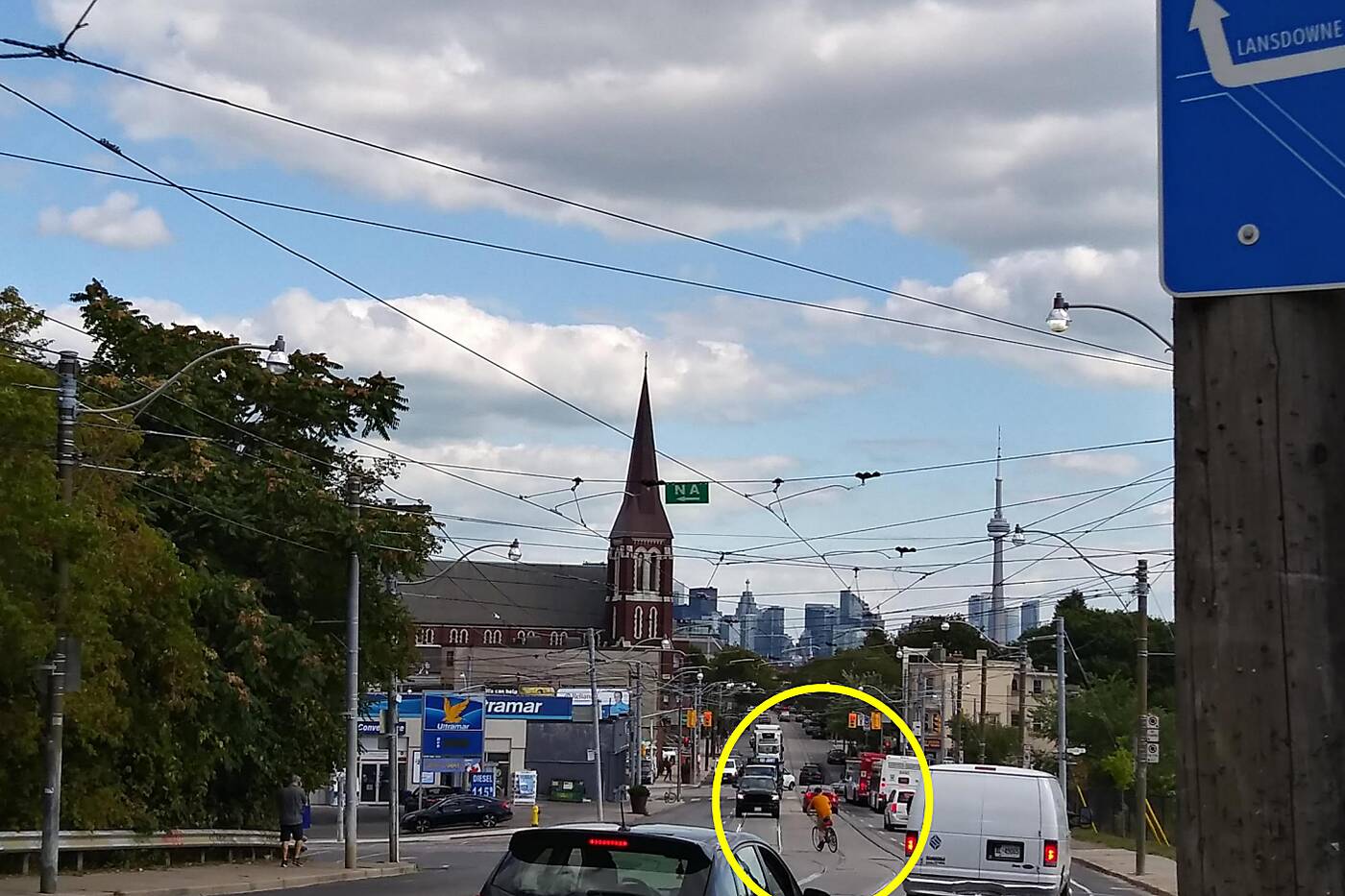 A cyclist attempts to turn left in the intersection of College and Dundas. City of Toronto photo

During the streetcar track replacement project that started in 2020, the City of Toronto had a chance to rework the intersection.

Under the Vision Zero Road Safety Plan, a five-year plan to reduce traffic-related fatalities and serious injuries, the intersection got some much-needed upgrades.

This week, one of the engineers on the project, noted how the changes are now working well, particularly for cyclists.

It may not have appeared so, but the #BikeTO College Dundas reconfigurarion wasn't fully complete, until this week.
I watched over 20ppl cycle through the intersection in all directions in less than 5min tonight.
I sometimes come here & just watch it... work#EngineeringNightOut pic.twitter.com/6luozIHMlv

"It's one of the most complex signalized intersections we've built," kanchan tweeted.

"There's a LOT going on here & there were very good reasons it wasnt previously signalized. Then we threw a bike signal+lay-by into it along with 2 TTC Streetcar routes timed with 2 nearby signals on 2 legs." 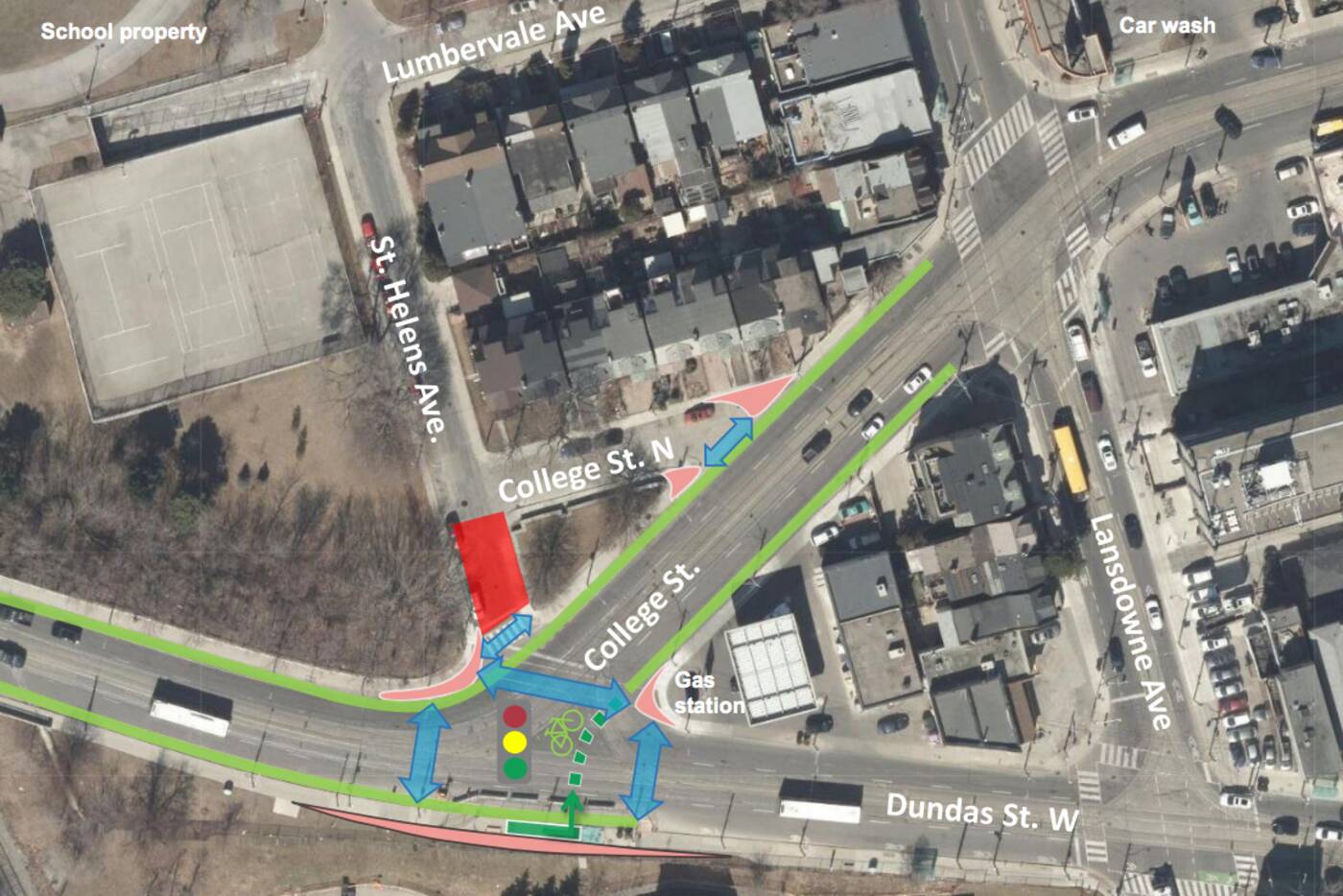 A map shows some of the proposed changes for the intersection. City of Toronto map

More changes are proposed for the intersection including enhancements to the local parkette at St. Helens Avenue, Holmes says.