There are many obvious reasons to avoid storing empty beer cans in one's personal vehicle — the smell, the bugs, the inevitable clatter of noise with every turn — but the most obvious has got to be the risk of having cops pull you over and notice what's in the back seat.

Especially when you're driving with a suspended licence.

Of course, when a person has so many empties in the back seat of their car that the can heap literally prevents them from using the rear-view mirror, an even more obvious reason emerges: It's freaking dangerous.

Ontario Provincial Police issued a warning to this effect after stopping a driver during a RIDE check on Highway 400 last week in cottage country north of Toronto. 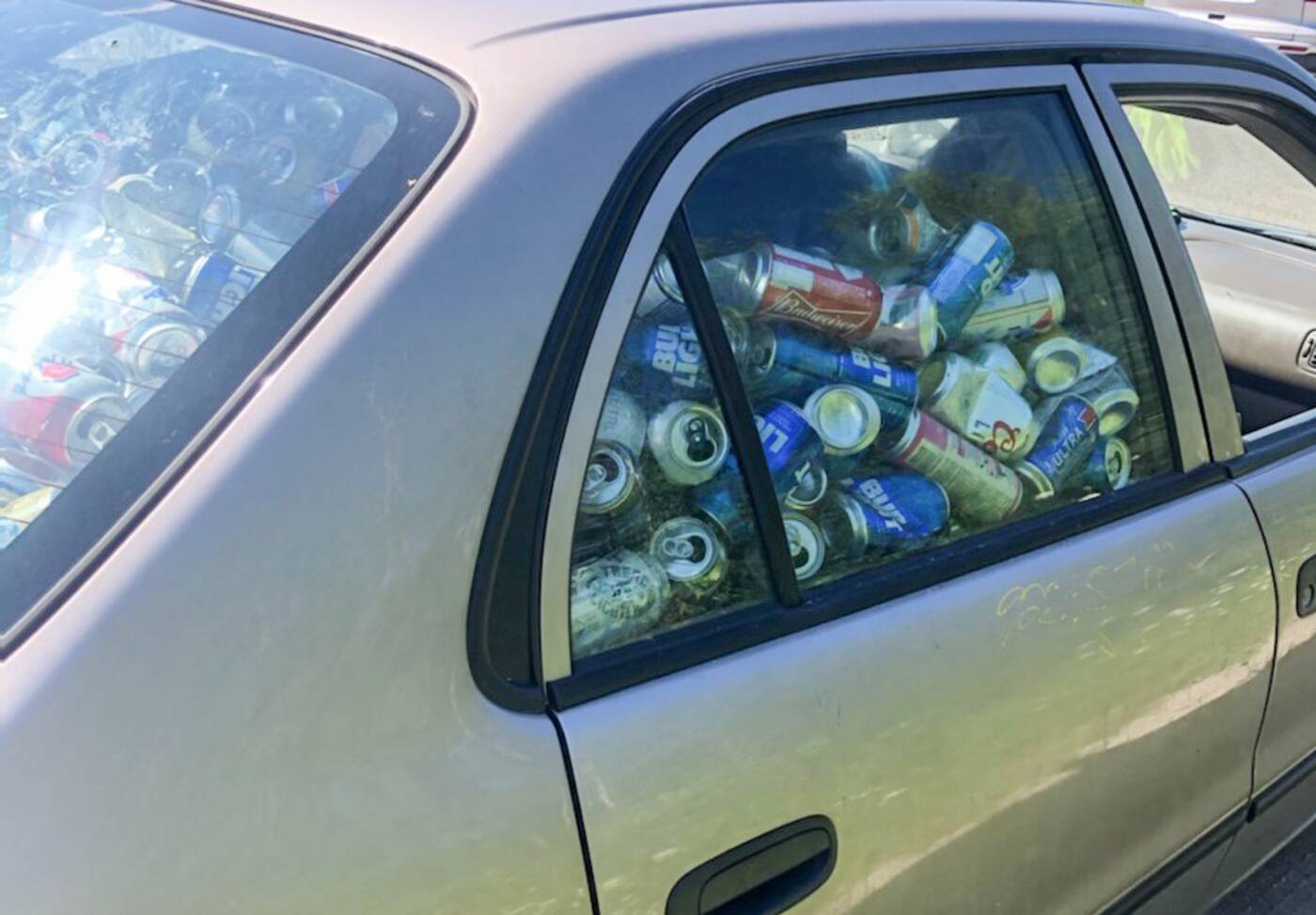 The smell alone would be enough to discourage most people from using their car as a recycling bin, as someone in Ontario had been doing before police stopped them on Highway 400 north of Toronto last week. Image via OPP Central Region.

"Recycling is good, but driving with an insecure load is dangerous," wrote OPP Central Region on Twitter on Aug. 4 when sharing two images that, upon first glance, don't even appear to be real.

Police say that the driver was actually stopped in Waubaushene, Ontario, during a RIDE check program — you know, those roadside stings where officers explicitly look for signs that someone has been drinking before hitting the road.

The signs were certainly there, filling the back of the Toyota's cab from the floor nearly all the way up to the roof, but the driver wasn't found to be impaired. 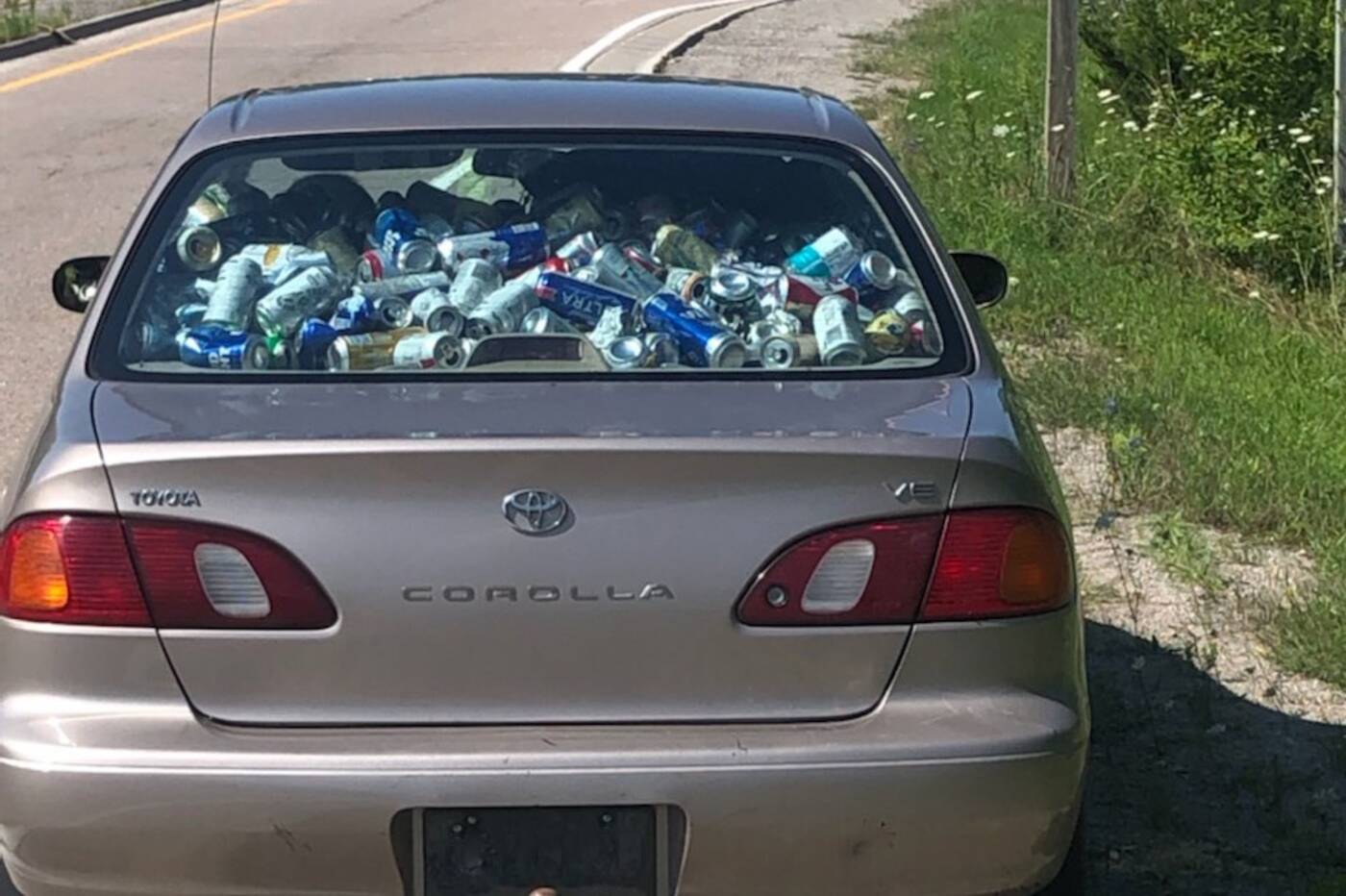 The driver of a Toyota Corolla pulled over by OPP last week in Waubaushene with a car full of beer cans was found to be sober, but did receive tickets for two other offences. Image via OPP Central Region.

They were charged nonetheless under the Ontario Highway Traffic Act for having an "insecure load" and for driving with a licence under suspension.

The former charge carries with a penalty of $130, while the latter comes with a minimum fine of $1,000 upon conviction and /or up to six months in jail.

While the driver was allowed to leave the scene in their own vehicle thanks to the presence of a licensed passenger who could take over the wheel, police say that the "load was secured prior to departure."

It's not clear how the load was "secured," but one might hope the cans were removed and donated to an appropriate charity... or at least put into a recycling bin.