The Toronto District School Board's (TDSB) newest public school is not being welcomed with much fanfare.

People are voicing their frustrations over the new Davisville Jr. Public School and Spectrum Alternative School, slamming the new school building's disjointed appearance and lamenting the loss of the 1962-built structure demolished to make way for the replacement. 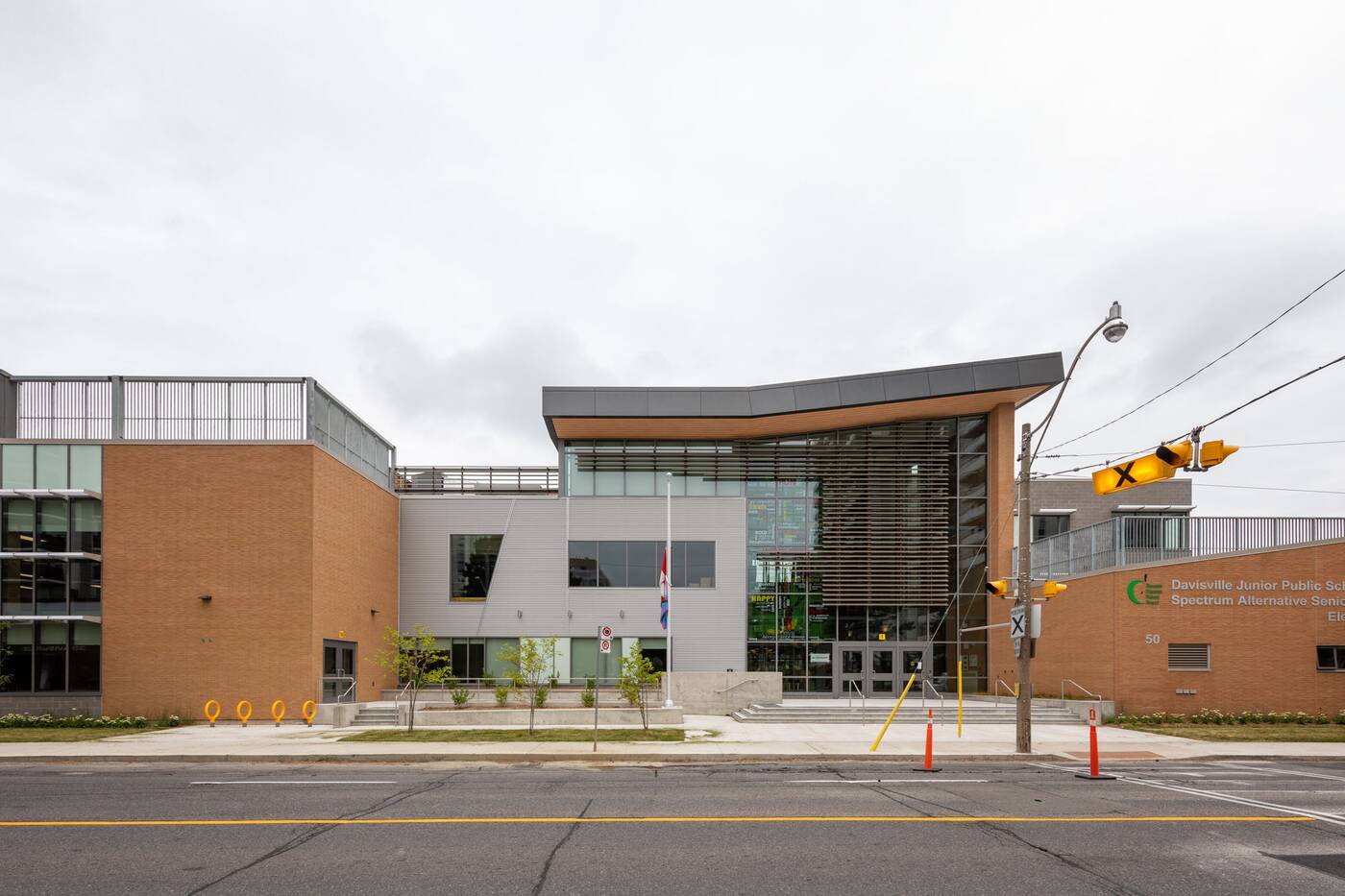 As the two schools gear up to open under one roof in September, the final look of the replacement building is now apparent, and the public reception has been cold.

The replacement school for the unfortunately lost Davisville PS is now finished, and it’s… something pic.twitter.com/W4nh4tqmbi

While not too offensive on its own, the new school’s biggest crime among architecture fans is less about what the building looks like on the surface and more focused on what we lost for what the TDSB touted as an upgrade.

Before and after. From here, just an astonishing decline in design quality pic.twitter.com/cIAXUMtZvS

Plans to redevelop the school site stirred up controversy from the beginning, coming to a head in 2017 when it became clear that the space-age school would not be spared.

That same year, John K. Stephenson, President of the Ontario Architects Association, penned a letter to Ontario Education Minister Mitzie Hunter pleading against the demolition of the mid-century Modernist gem, as architecture critics wrote editorials to the same end.

In the end, all the efforts of architecture experts were in vain, the TDSB citing the many challenges that it would have to overcome to bring the aging building back to modern standards.

The old Davisville Jr. Public School and Spectrum Alternative School building was demolished from late 2018 to early 2019 at the north end of the site. The new building now stands at the south end of the site, raising further questions of whether its full demolition was necessary. 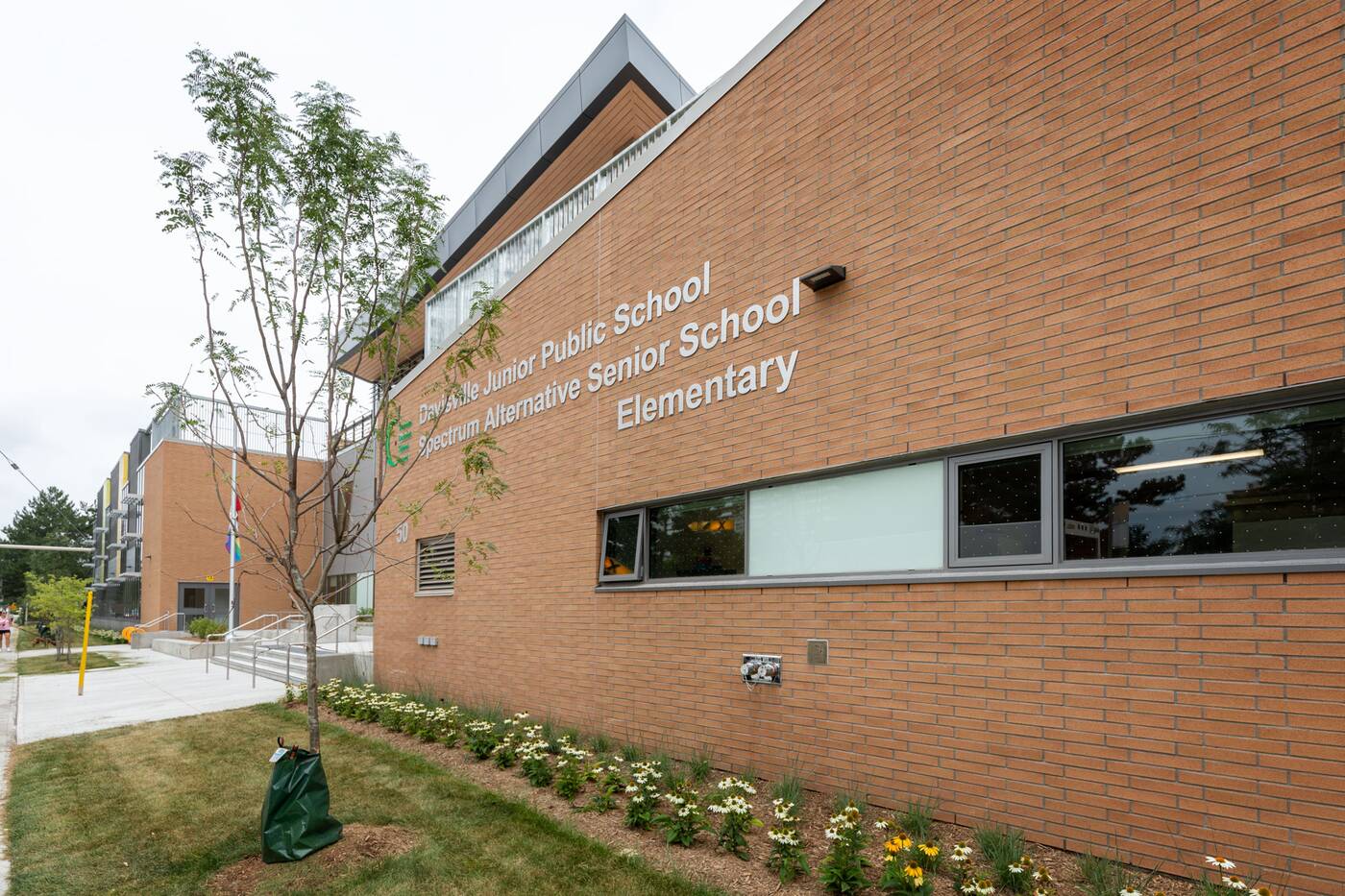 The building's fate already sealed with the start of demolition, controversy continued when news emerged that demolition was stacking on about $3 million in added costs. The project was already 35 per cent over its approved budget before construction even began.

This back view shows the new driveway, and the entrance to the underground parking garage that ate ~20% of the budget pic.twitter.com/PJCp6gD8sG

Unlike the public uproar heard in the wake of the rushed Stollerys demolition in 2015, this diamond in the rough (arguably of much more heritage value than Stollerys) went out with a whimper.

Aside from the new school's aesthetic, more significant problems are already visible on the horizon. The TDSB's Provincial Capital Priorities Program released in April reveals that the school's capacity is already being outpaced by the frenzy of new buildings packed into the area.

"In 2015 the Ministry provided funding for a 731 pupil place replacement school for Davisville Jr. PS / Spectrum Alt. Sr. School. The project needs to be expanded with additional classrooms to address the unprecedented growth in the Midtown area," the report reads.

If the TDSB had found a way to preserve even a portion of the old school building, this threat of capacity issues may have been avoidable. 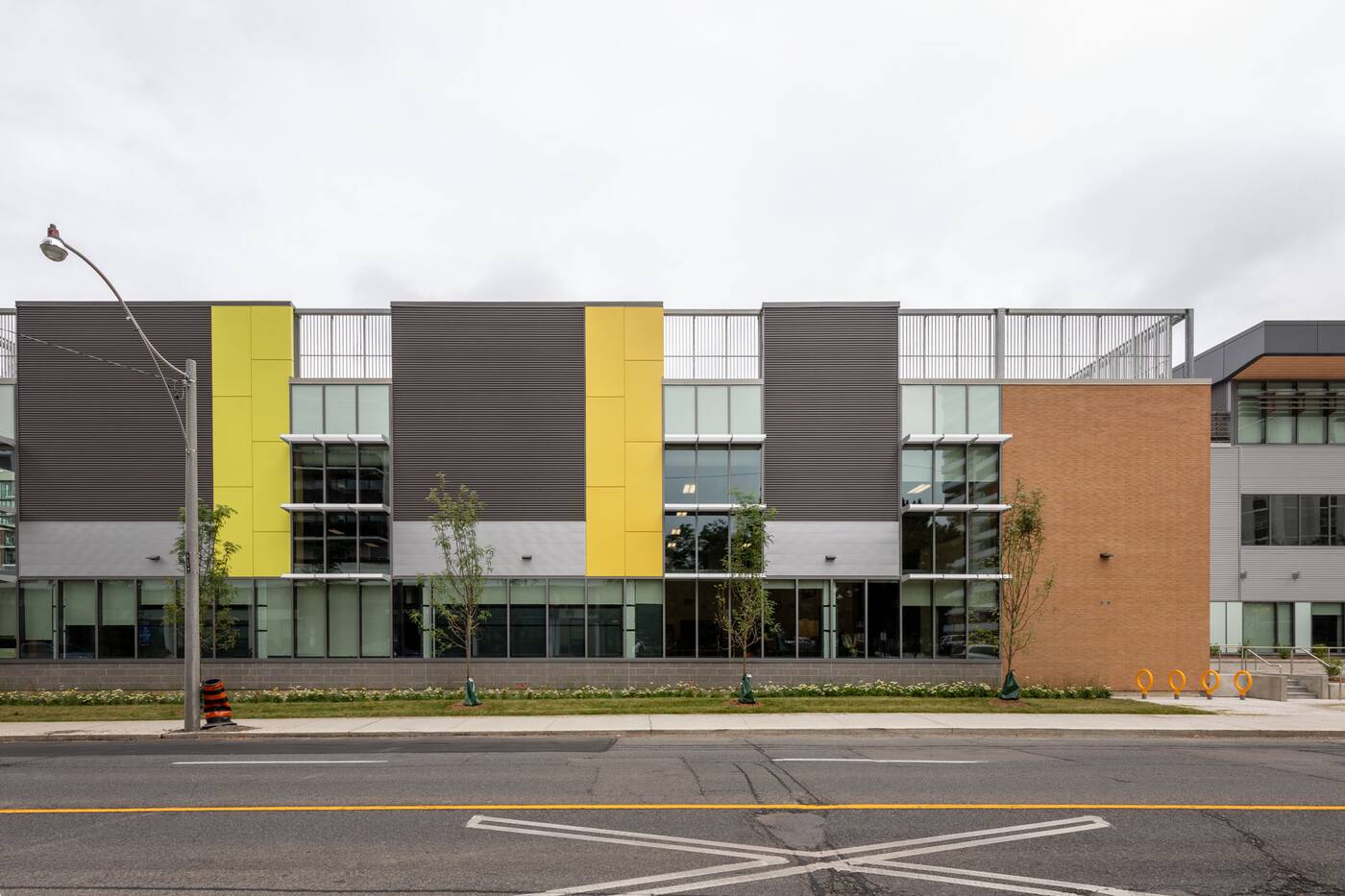 A school should be more than just a building to house classrooms, and the old Davisville Public School will be remembered fondly for its ability to tap into the imagination of children.

Architecture critic Alex Bozikovic sums up the experience through a child's eyes, writing, "A spaceship landed on Millwood Road. That's how an imaginative child might see Davisville Public School: a pointy-winged product of a distant civilization that loves syncopated windows and hyperbolic paraboloids."