The latest massive drug bust made by police in the Toronto area includes a staggering 343 kg+ in illicit substances, nearly $400,000 in cash (plus cryptocurrency) and a silver bar worth thousands, among other things.

The evidence was uncovered in 25 locations across the GTA as part of a 15-month investigation by a whole spate of police forces and border agencies, including Ontario Provincial Police and the Royal Canadian Mounted Police, deemed Project Southam.

A total of 44 search warrants carried out across southern Ontario yielded huge sums of of cocaine, cannabis, GHB, oxycodone pills and more, along with cutting agents, a gun, the aforementioned cash in various currencies and the $2,600 silver bar.

The criminals were operating out of businesses and homes in Toronto, Ancaster, Brampton, Mississauga, Oakville, Vaughan, Thornhill, Innisfil and Hamilton. Collectively, the drugs amounted to $10 million worth, hidden in textiles destined for Canada from Colombia and the Caribbean. 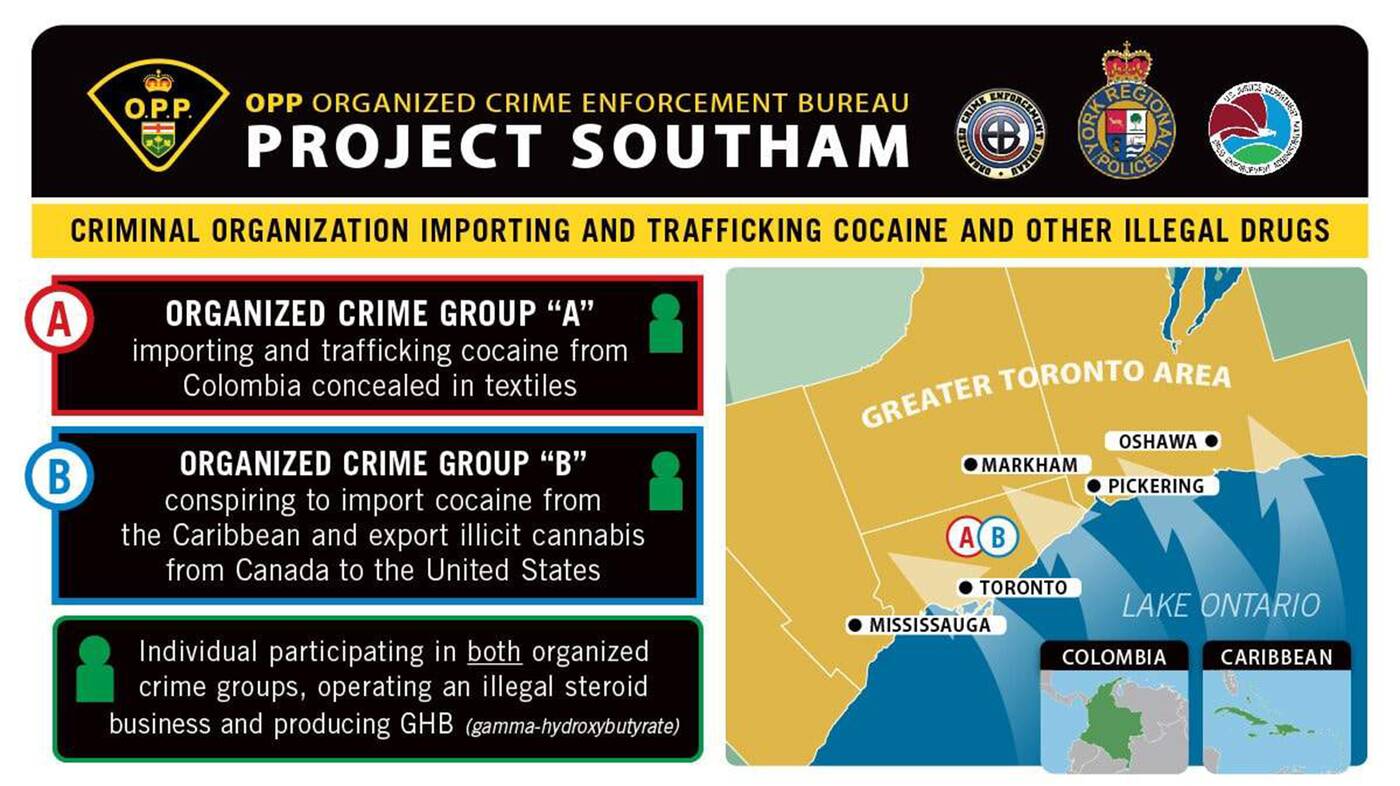 A graphic explaining the crime groups involved in the drug smuggling and trafficking ring, courtesy of OPP.

Authorities describe a "clandestine laboratory" where the fabric was processed and turned into substances sellable on the streets.

A total of 22 people part of two organized crime groups now face a whopping 139 charges total, and some of them had a lot of illegal side hustles going on, as well, including fraudulent phishing, money laundering through real estate, and a steroid business. 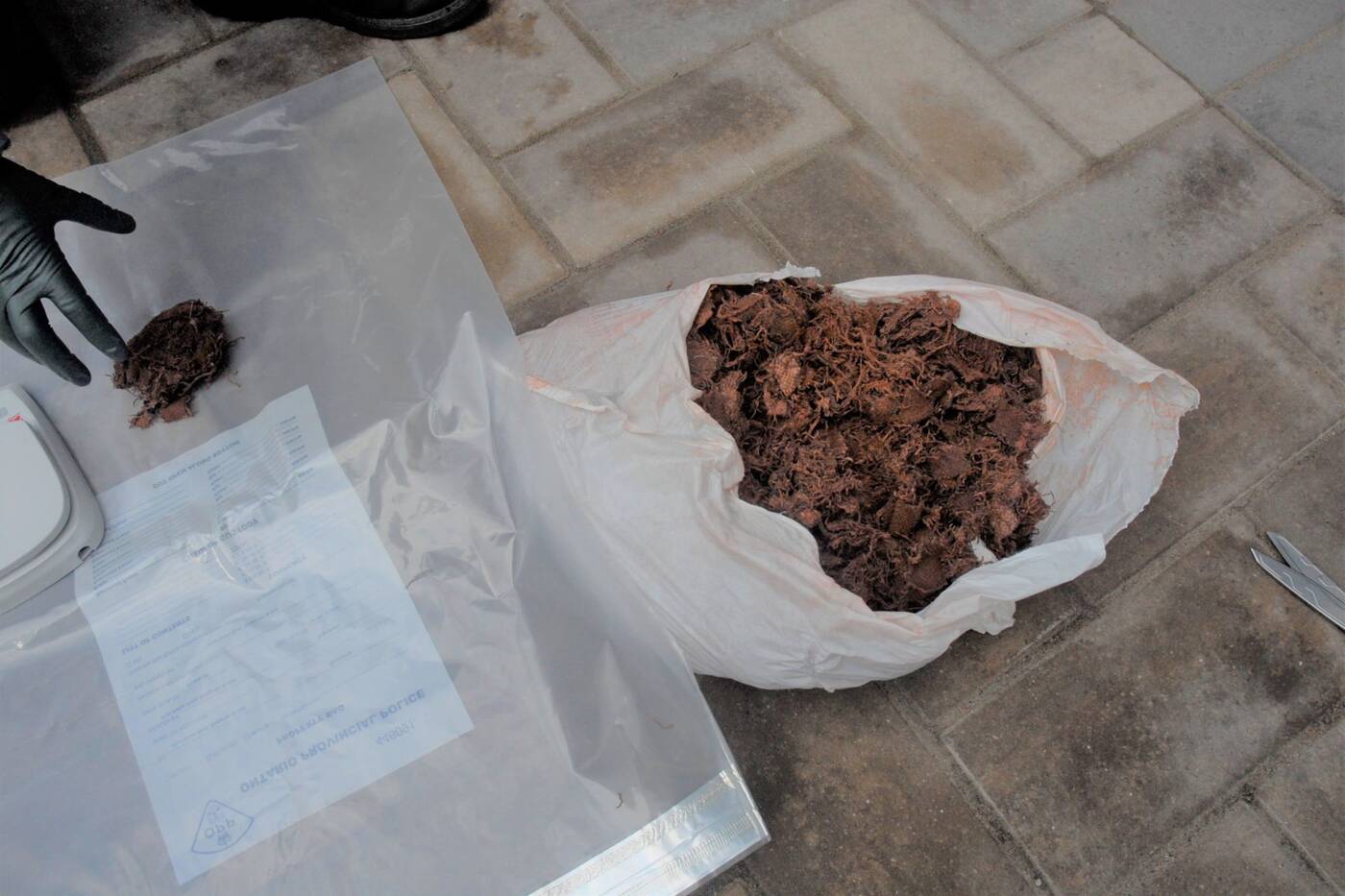 The hundreds of kilograms of substances were concealed in textiles and then processed out in a lab. Photo from OPP.

Though it's no Project Brisa — the largest drug bust in Toronto police history that uncovered more than three times as much last month — the public is hailing the efforts of police in bringing down yet another large criminal operation in the region in this case.