One of the most common complaints about Toronto is how grey it is and how the city lacks greenspace for people to stretch out in and get some sun.

That's why a new proposal for Avenue Road has been put forward to expand sidewalks, plant some greenery, and add some much needed colour in place of extra wide concrete roads.

The Avenue Road Safety Coalition has teamed up with the architects at Brown + Storey to deliver a proposal that would see Avenue Road drop from six lanes of traffic down to four in favour of a space that is more suited for people over cars. 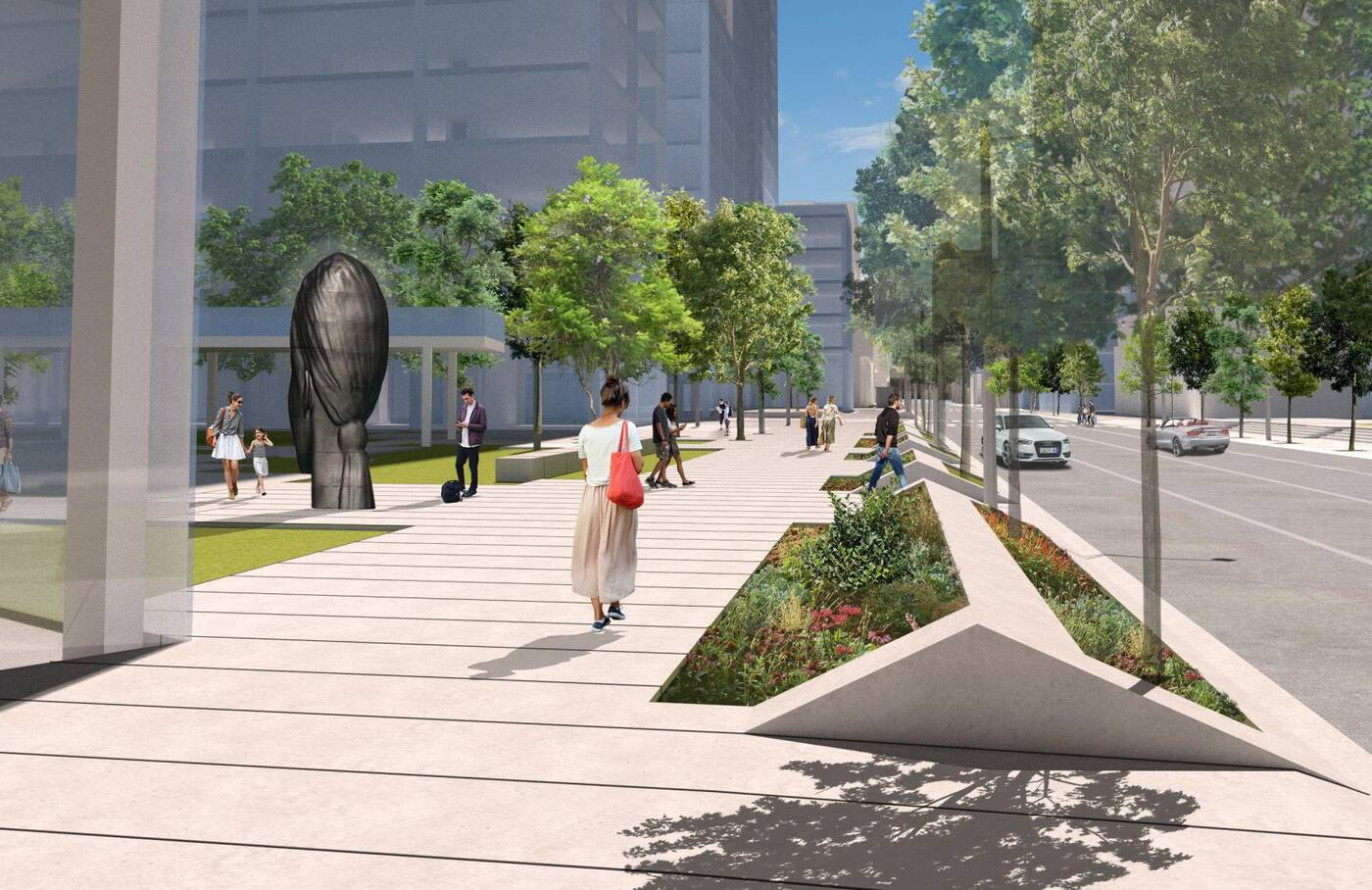 The new design would see sidewalks expanded to as much as 8.5 metres wide, while also adding a linear park with trees, courtyards, public art, new lighting, expanded bus stops and sloped landscapes that provide a garden space.

"The vision was to kind of bring a balance back to the avenue," Architect James Brown told blogTO.

"Right now there is none. There are sidewalks that are 1.5 metres wide with a pole in the middle of it. There's no public realm. How can you have a street or a sidewalk with no public realm?"

With most Toronto residents living in an apartment or one of the seemingly endless amount of condos, there's a lack of adequate green space for those who don't have a backyard or front lawn to enjoy.

Having worked to improve other areas across the city such as St. George Street and Main Square, the Brown + Storey team now hope that Avenue road will be the next chunk of Toronto that can have some life brought into it. 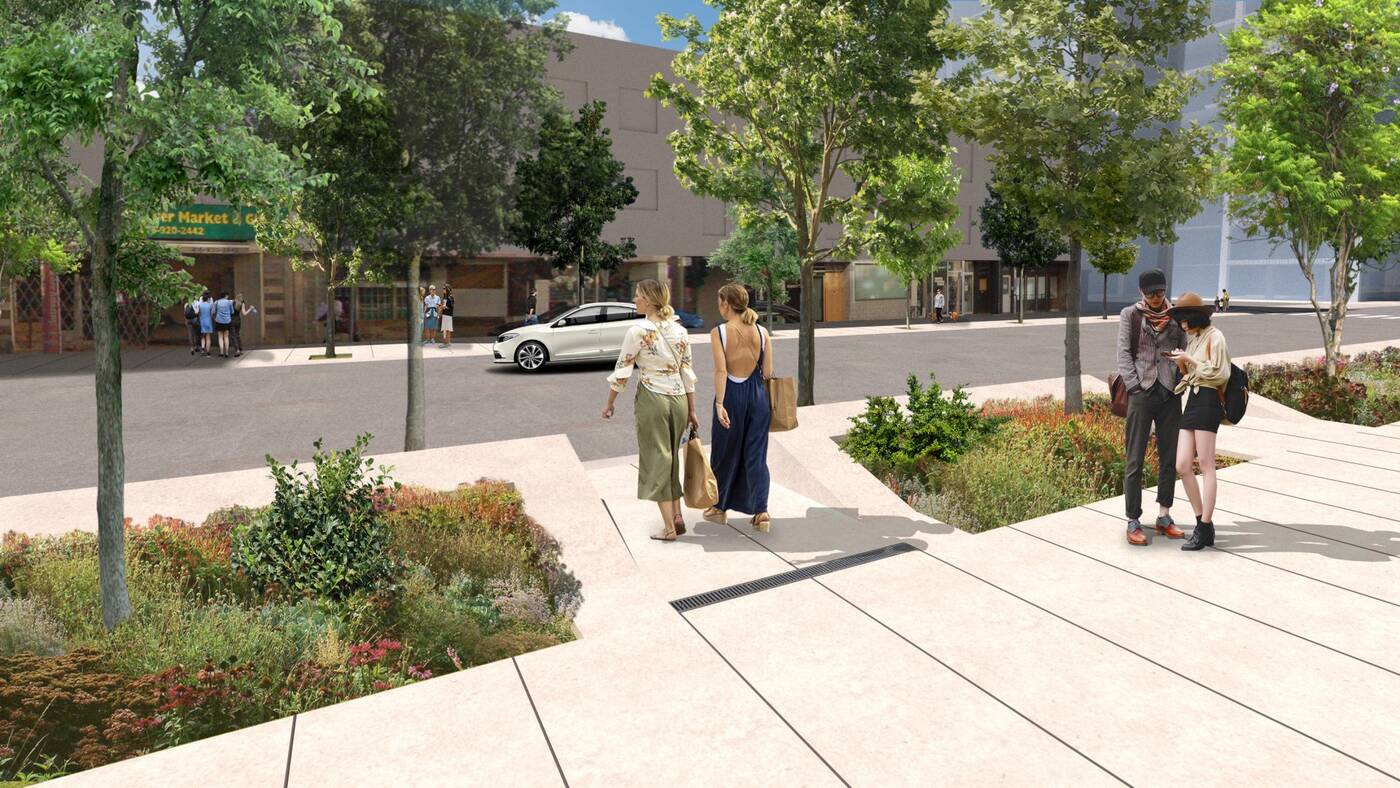 "There's an interest now into these spaces. People are cognizant of the need for quality public space," Brown said.

Whether the proposal advances further remains to be seen, but with the TTC expanding, bike lanes being installed across the city, and outdoor activities finally being permitted there's a ton of need for public green space and less of a need to accomodate cars.