The green space is easily accessed from York Mills subway station at York Mills  and Yonge offering up wide open patches of grass and large shady trees in a pinch. 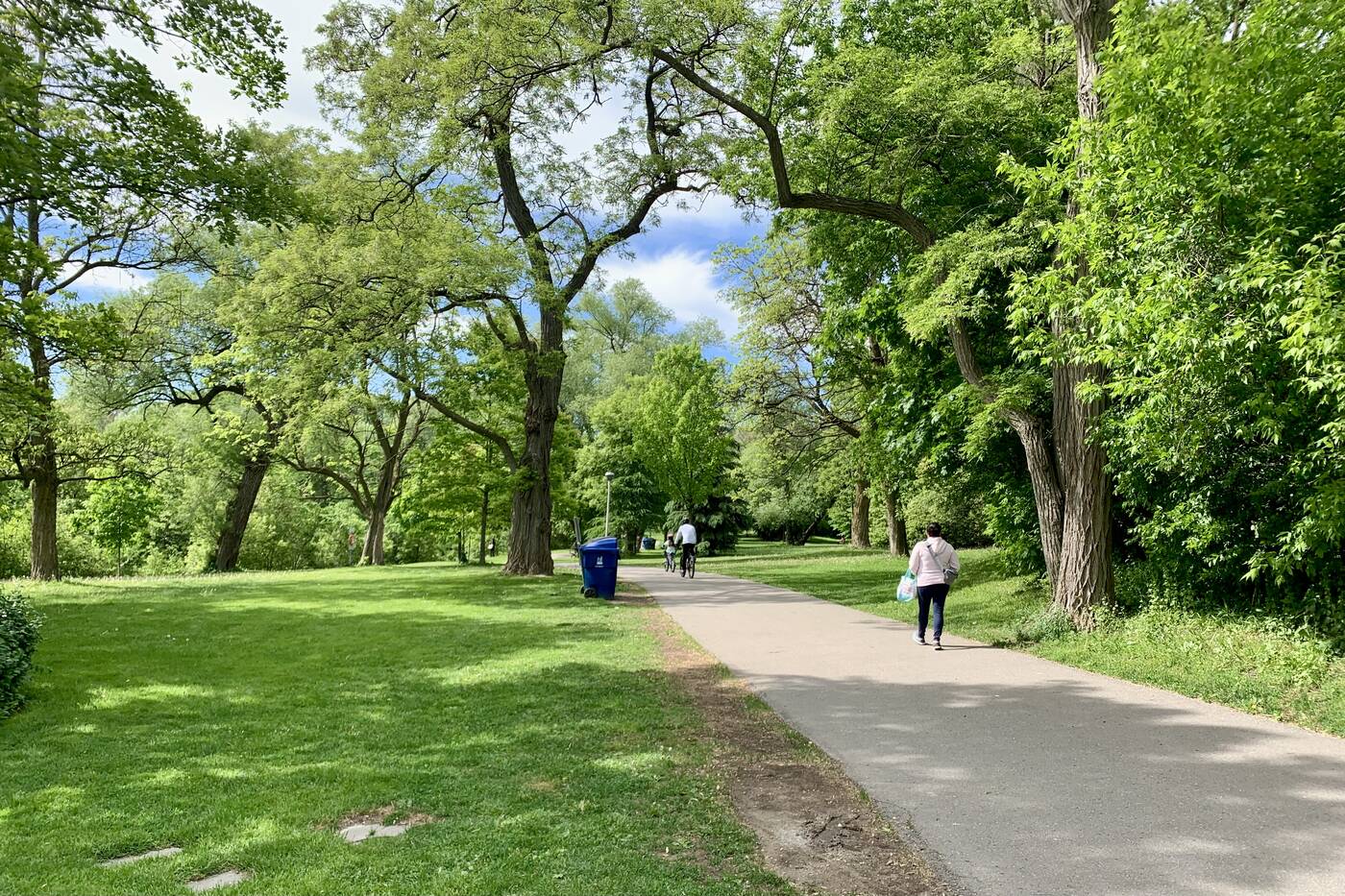 Although there are parks in Toronto more secluded and immersed in forest, the peaceful surroundings of the area are more than enough for a bit of escape from urban life. 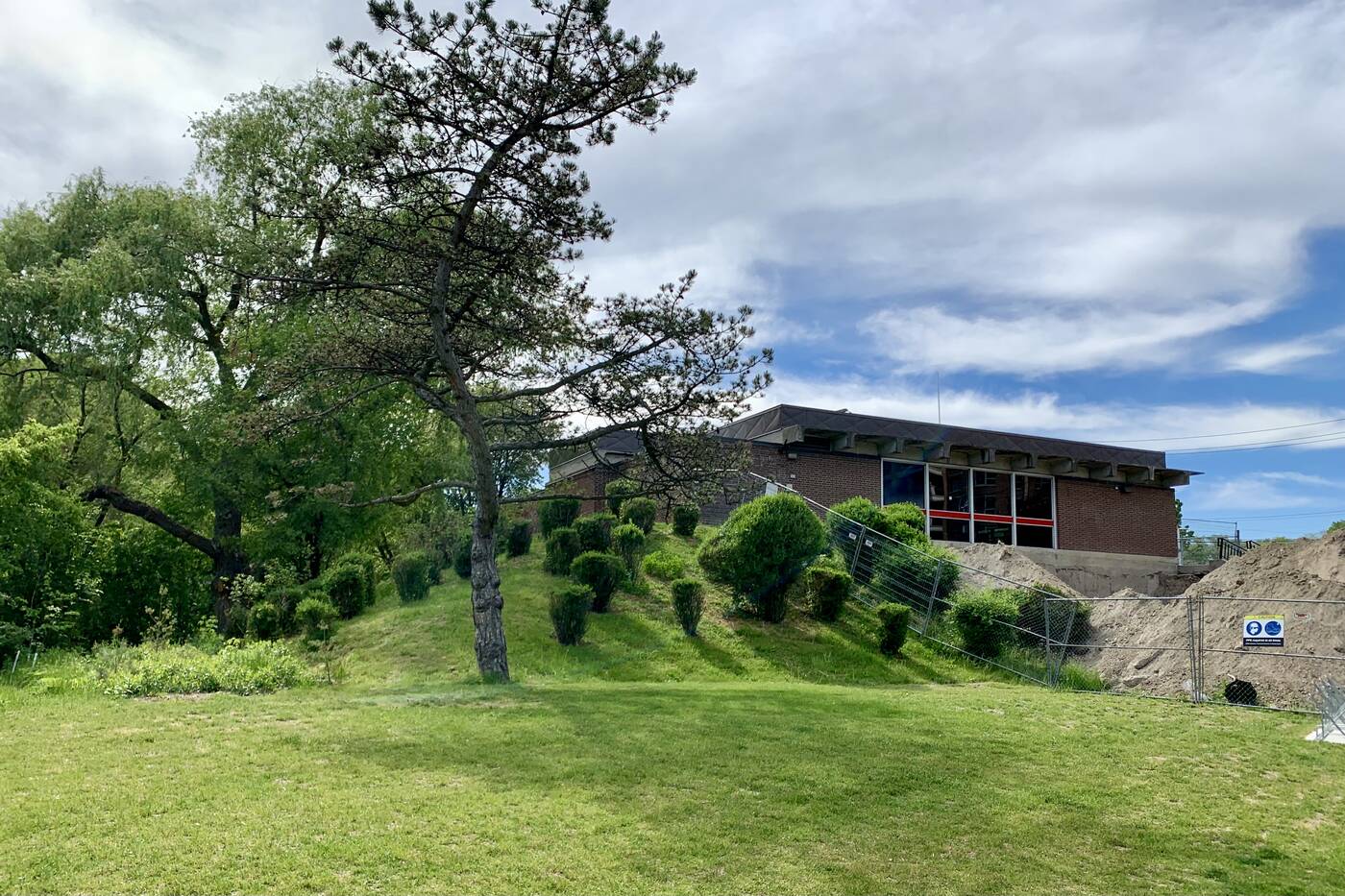 The York Mills subway station is just a five-minute walk from the park.

A paved trail leads right from the subway station and will take you about five minutes to reach the "official" park where tennis courts and a playground will be found. 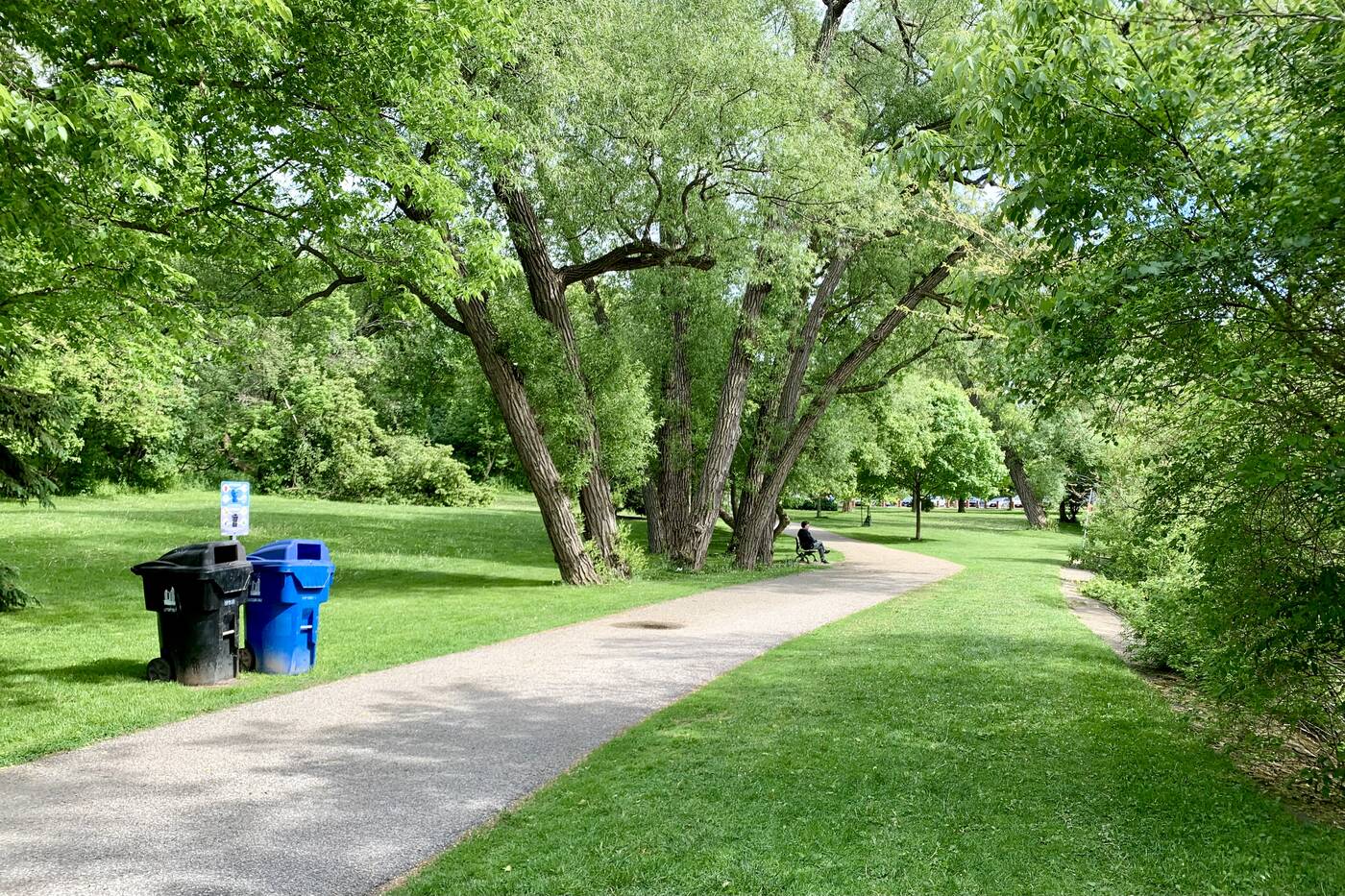 A paved trail leads through the entire area with a number of park benches along the way.

Benches line the pathway where walkers rest for a moment of reflection. And although there aren't any official picnic tables, under one of the massive, large-trunked trees on the grass seems like the perfect spot for an outdoor lunch. 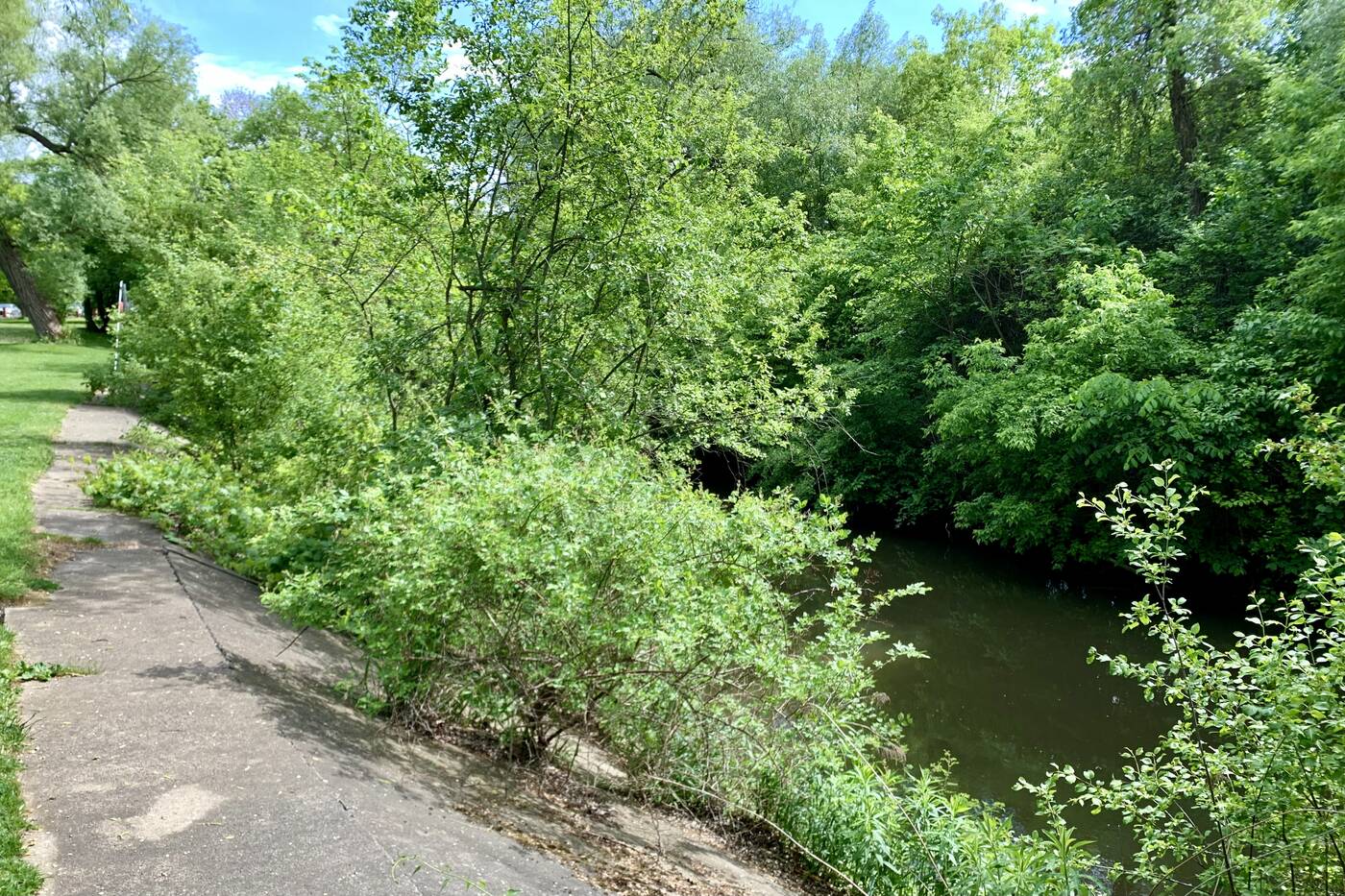 The West Don River flows alongside the path.

The Don River flows next to the path and is only slightly visible through the lush foliage lining the bank. This will change once you hit Mill Street where the waterway is perfectly viewed from the bridge. 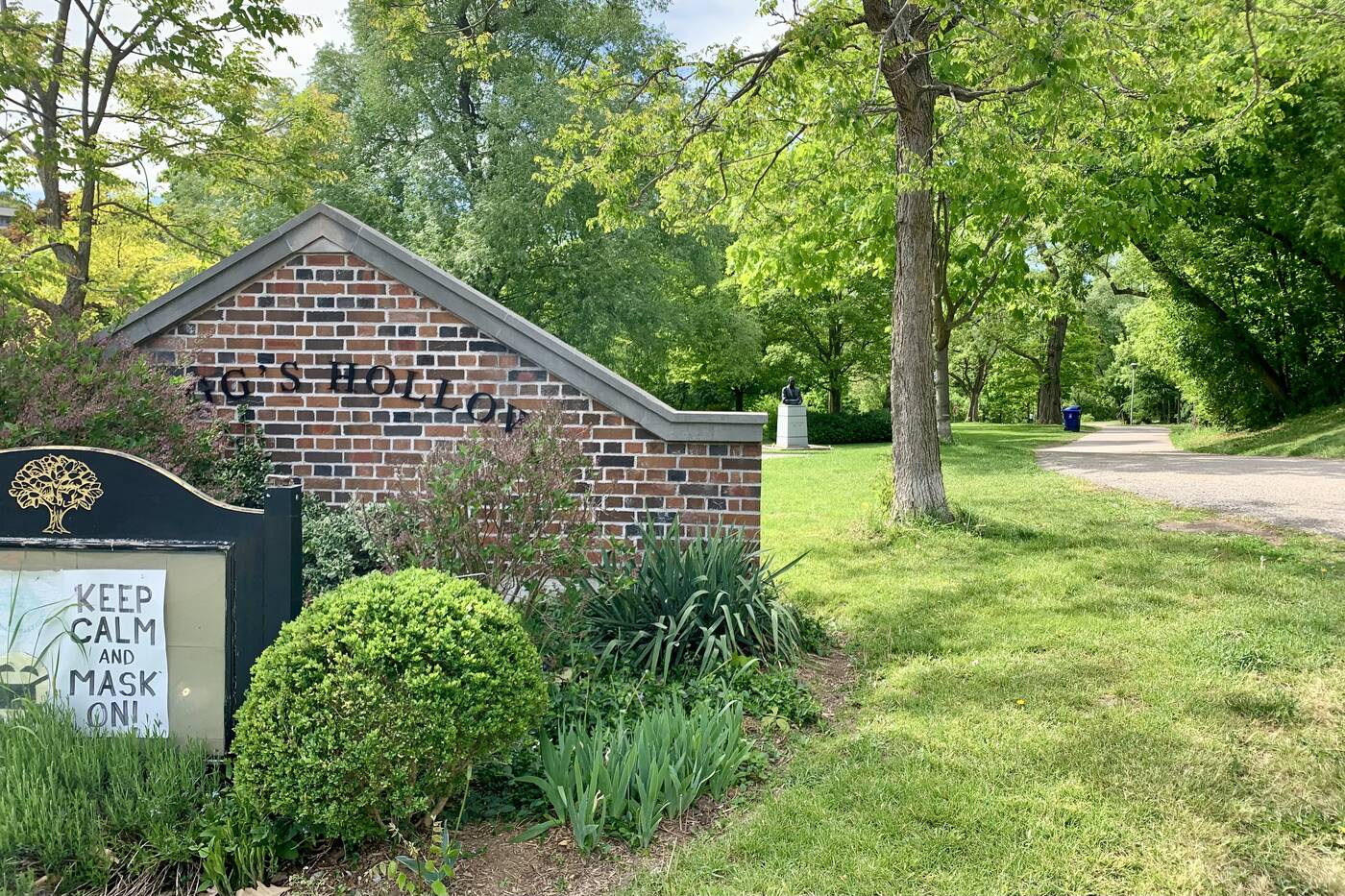 The park meanders through the affluent community of Hoggs Hollow.

On the walk, you'll also be passing through one of the earliest communities in Toronto. York Mills was developed around the many mills located along a stretch of the West Don River at Yonge. 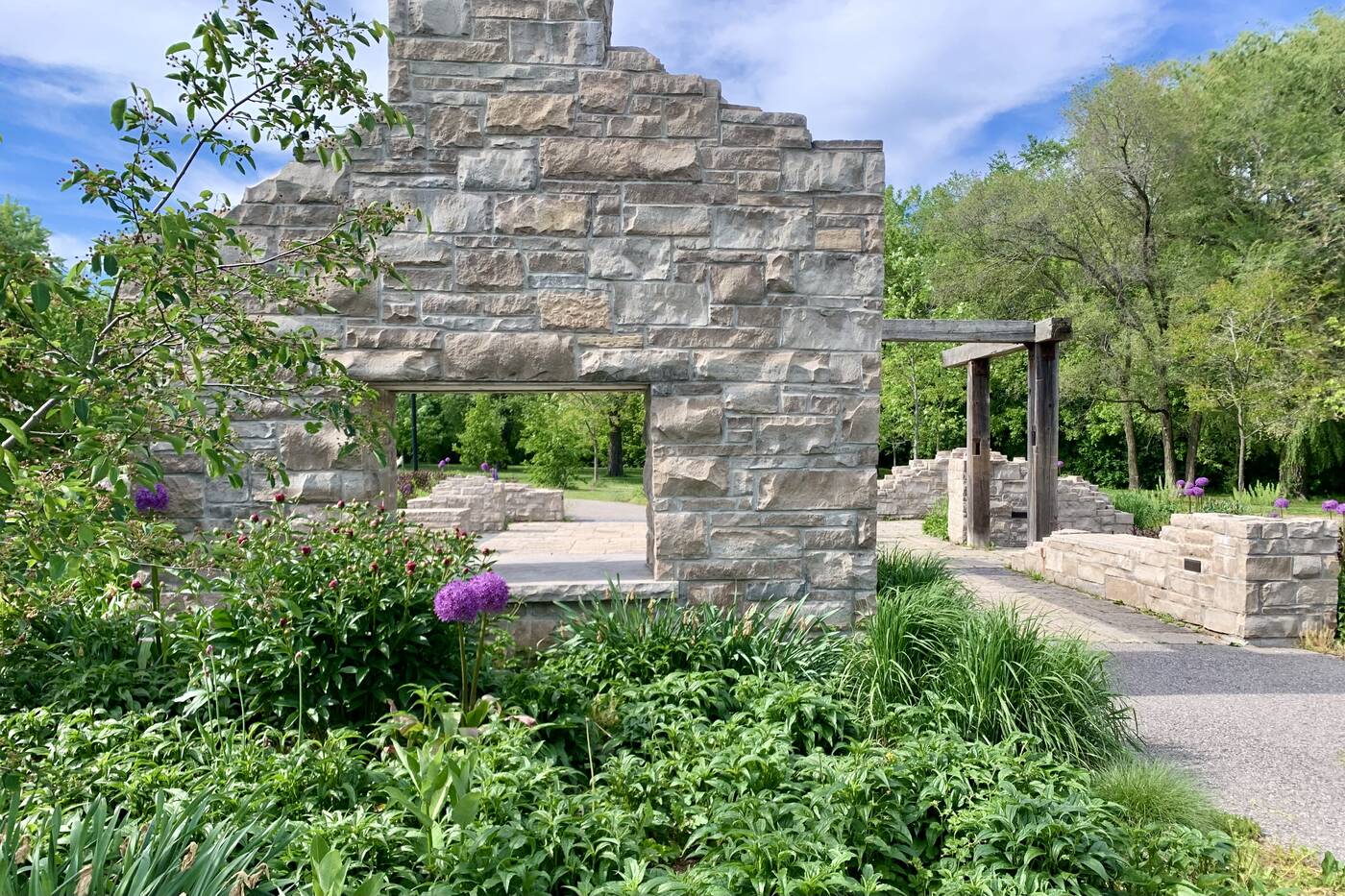 A small garden area sits next to the Miller Tavern.

Back when the sawmills were still running, the area was booming with a distillery, three churches, a school, a post office, a toll gate and an old tavern that has since been reborn as Miller Tavern at the corner of Yonge and Mill. Right nearby is an intimate garden area with ruin-like structures. 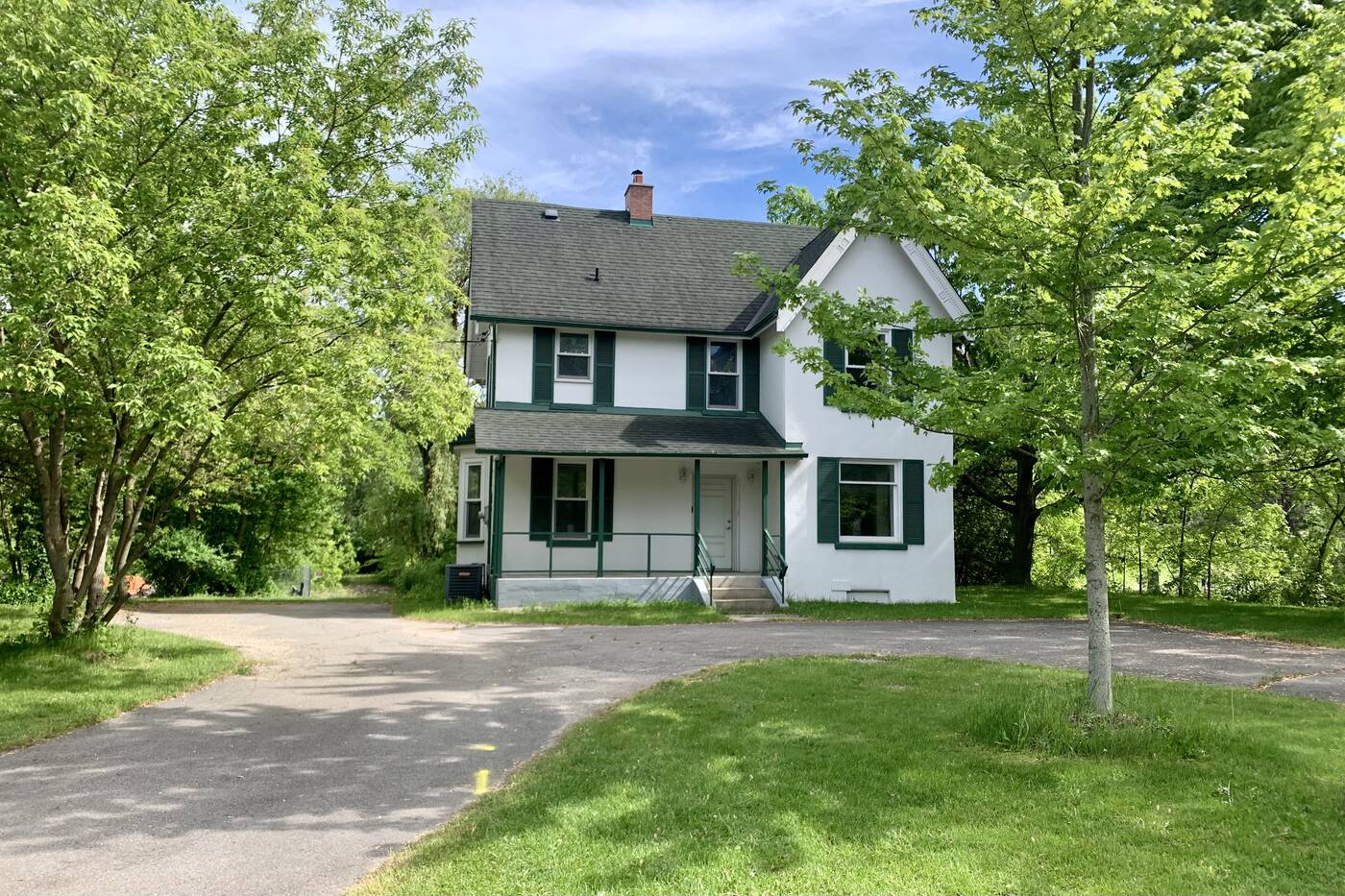 The George S. Pratt House on Mill Street is one of the historical landmarks in the area.

Another historic landmark you'll pass is George S. Pratt House on Mill Street just before the pub. Built in 1886, it's among the oldest buildings in the city. The mills have long been replaced but buildings like this remind visitors of the long history of the area. 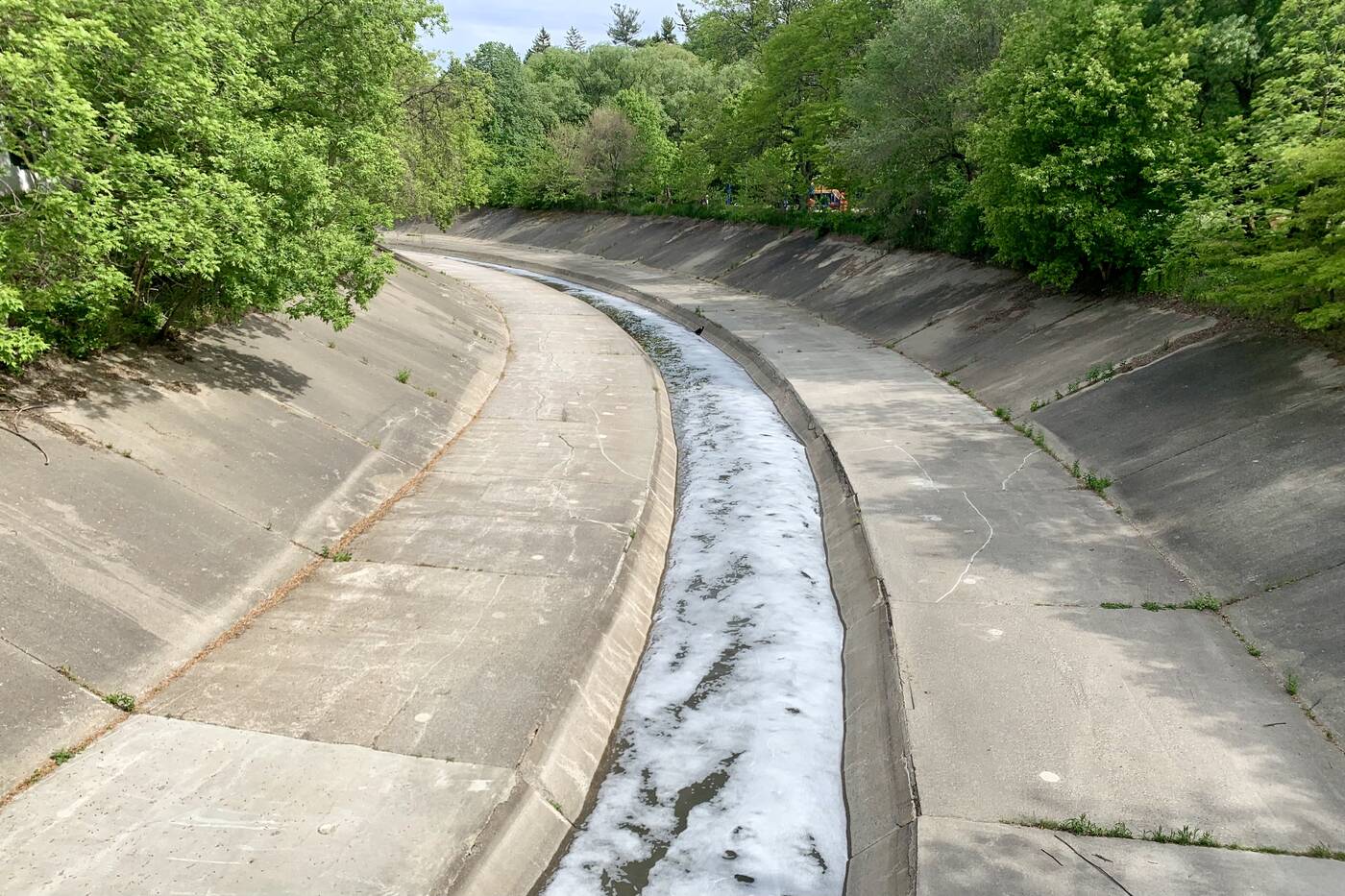 The Don flows through a cement canal through this area as it heads to the lake.

Once you hit the bridge, you'll be able to take in the section of the Don that flows between a cement canal as it makes its way toward Lake Ontario. The views from the north side of the street are of the river without the surrounding platforms as it begins to flow into the canal under the bridge. 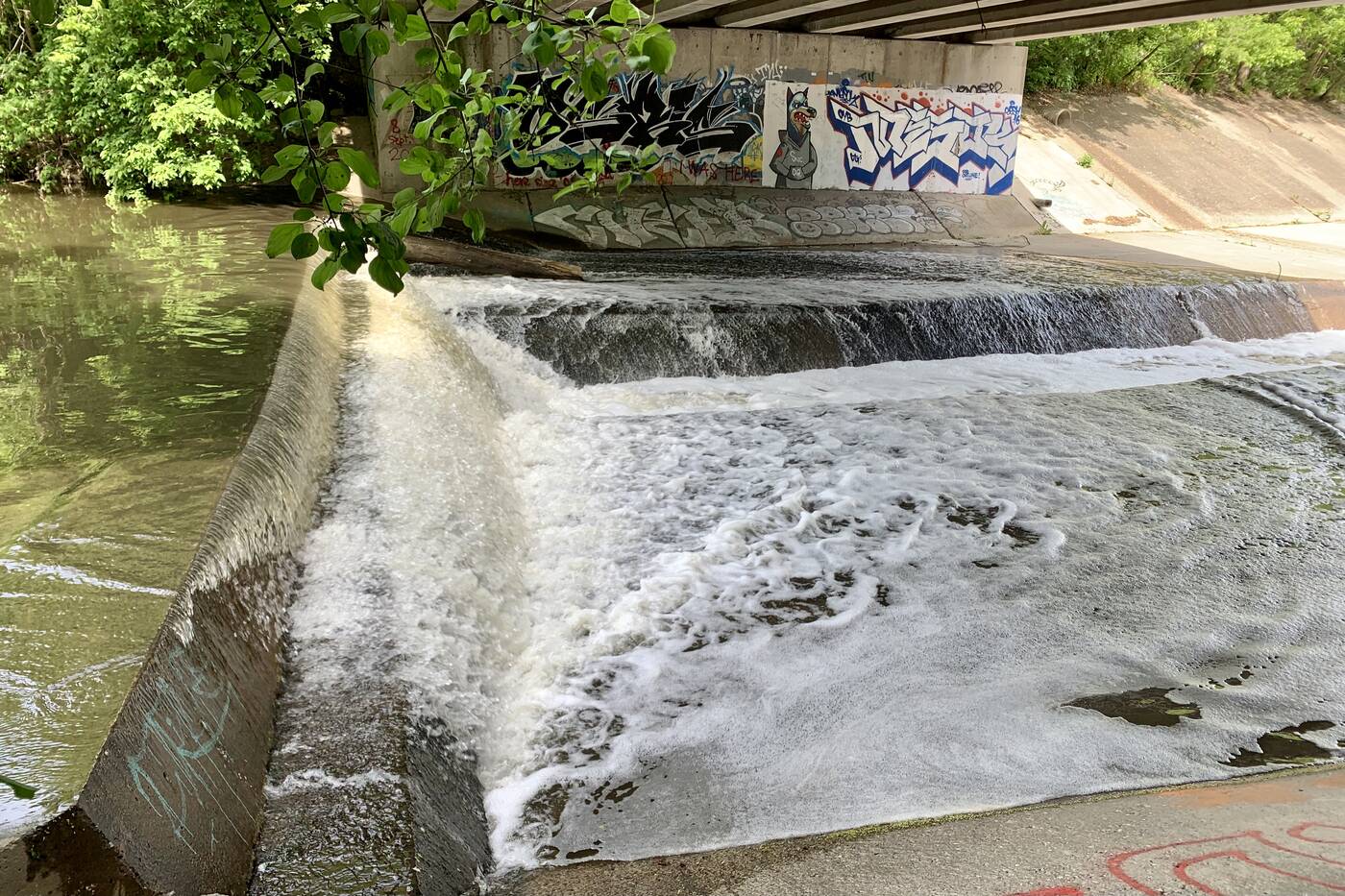 You can make you way down under the bridge to check out where the river submerges into the canal.

There's actually a little opening on the side of the bridge where you can carefully make your way down under the bridge. It's probably the closest you'll get to the waterfall in the city, so take some time to enjoy it. 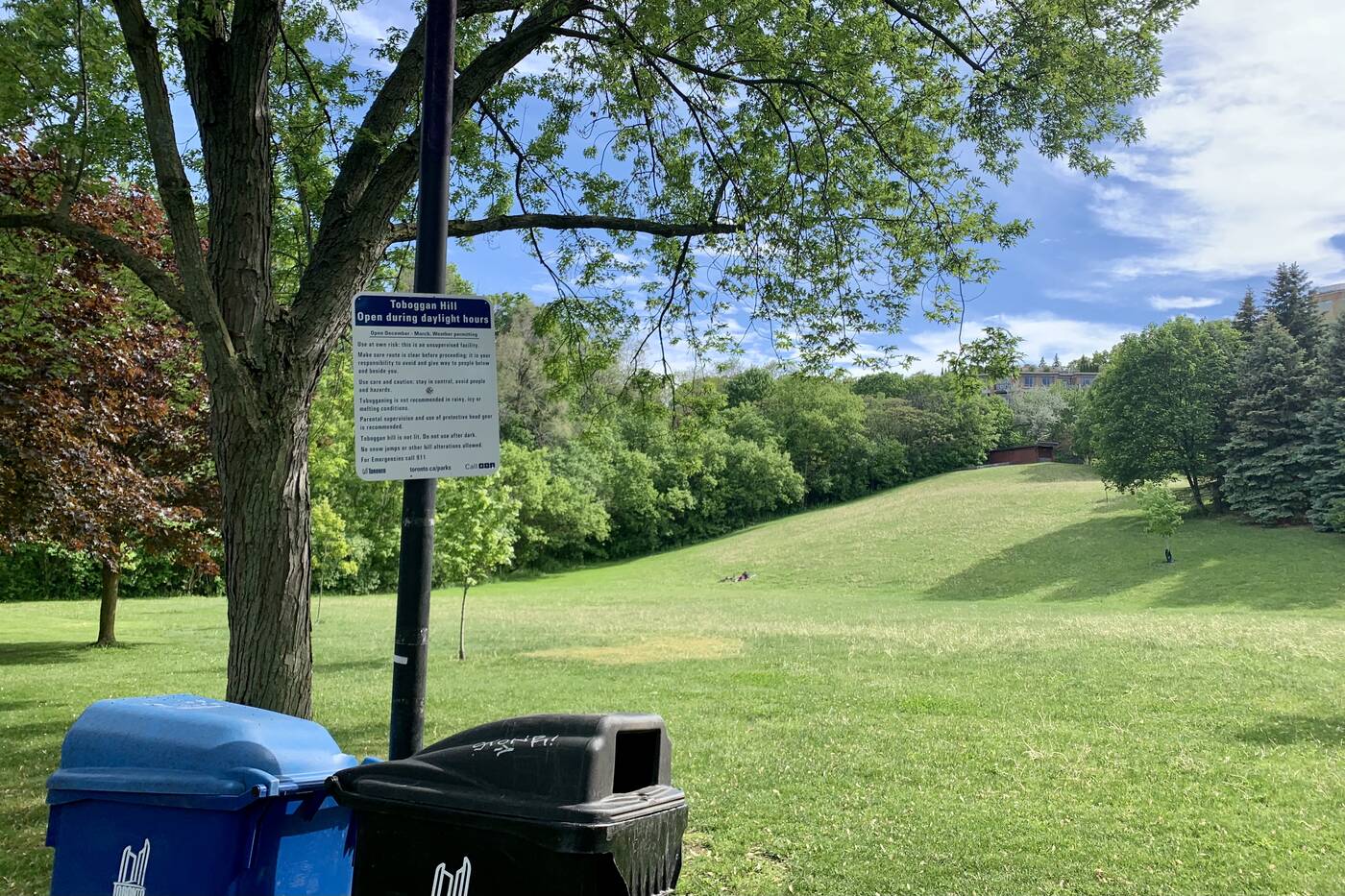 A large hill off Yonge into the park makes for a good tobogganing spot in the winter.

Past the tennis courts and next to the playground, a massive hill slope leads down from Yonge into the park making it a hot spot for tobogganing in the winter months. 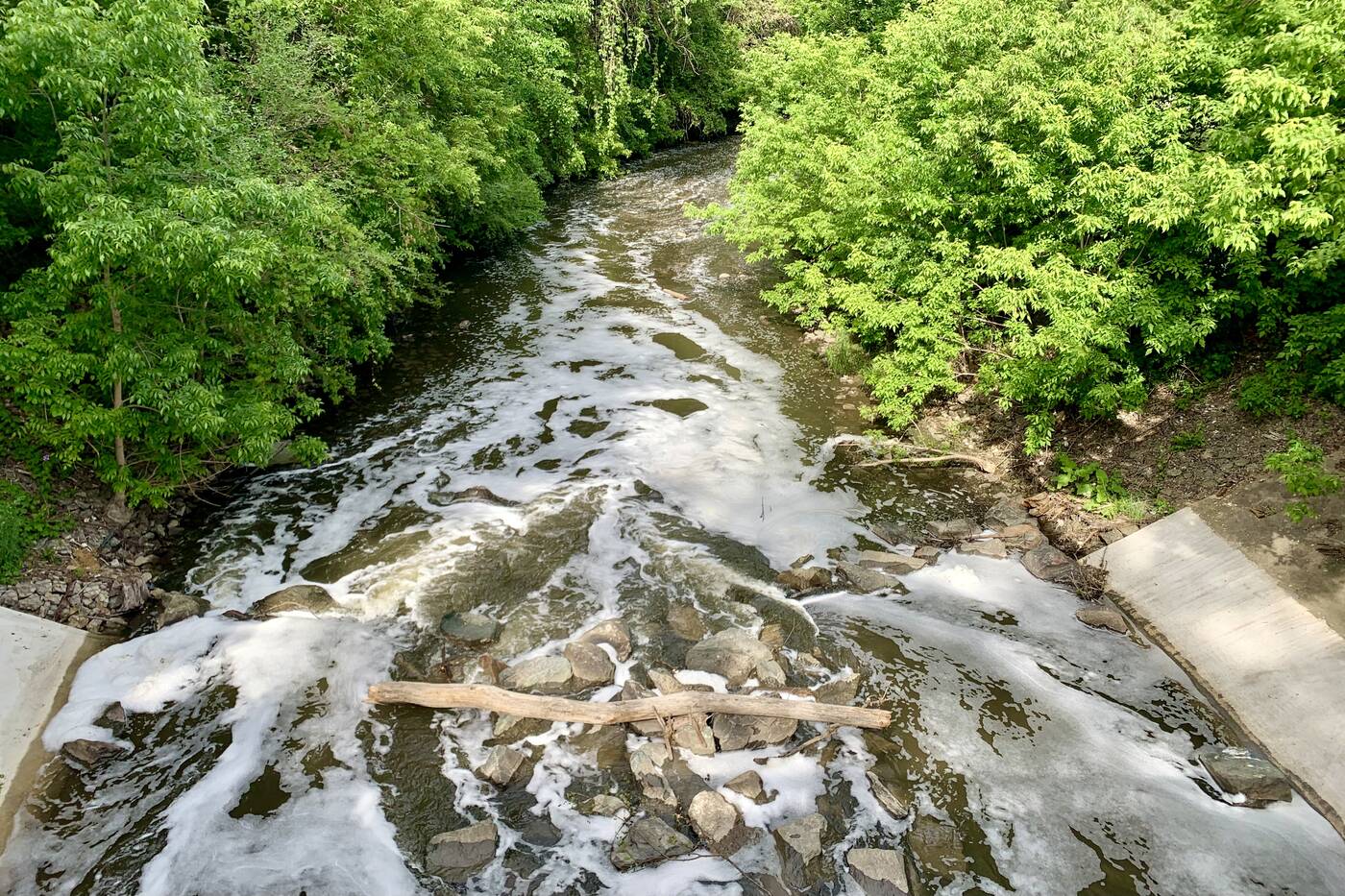 The river leaves the canal behind at Donino Avenue.

The river flows wild and free once again at Donino Avenue with another bridge overlooking the sight. The entire walk from the subway station to this point will take just about 15 minutes, so you have lots of extra time to sit and enjoy the quiet.