The history of the Hoggs Hollow neighbourhood in Toronto

Hoggs Hollow is a beautiful and luxurious Toronto neighbourhood, but also home to one of the city's most unfortunate disasters.

The area is bounded by Yonge Street, York Mills Road, Highland Crescent and Rosedale Golf Club. It's known for its expensive homes, gorgeous landscape and the Hoggs Hollow Disaster of 1960. 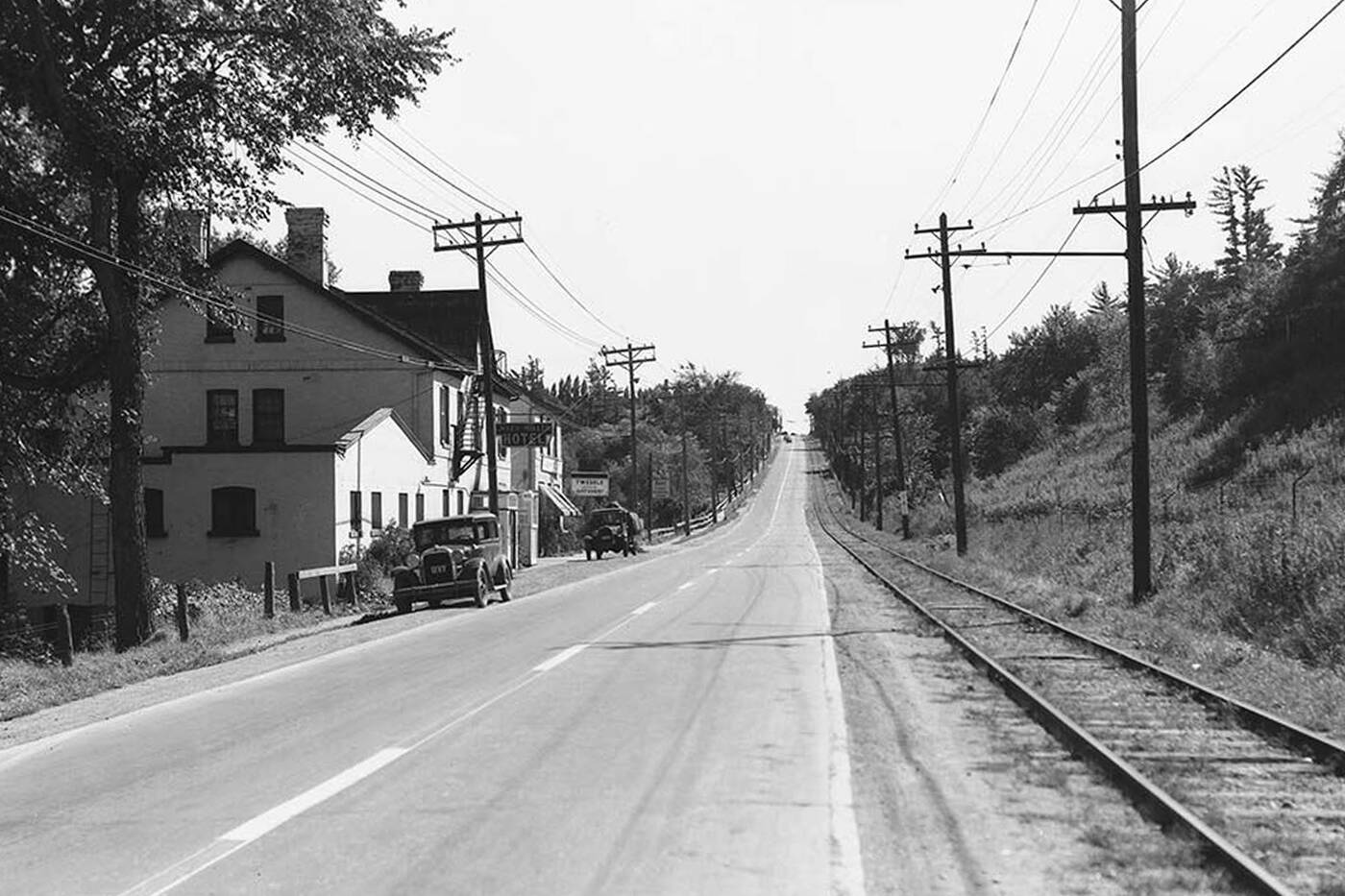 Yonge Street, with the Jolly Miller Hotel on the east side, and the TTC North Yonge Railway tracks on the west side in 1936. Photo by Toronto Digital Archives.

Before being developed, however, the land was not much more than a swamp. In fact, the soil was so wet that much of it was not suitable for farming.

It was named after the Hogg family

In 1824, he purchased the land, now known as York Mills, and became the successful owner of a grist mill and whiskey distillery. 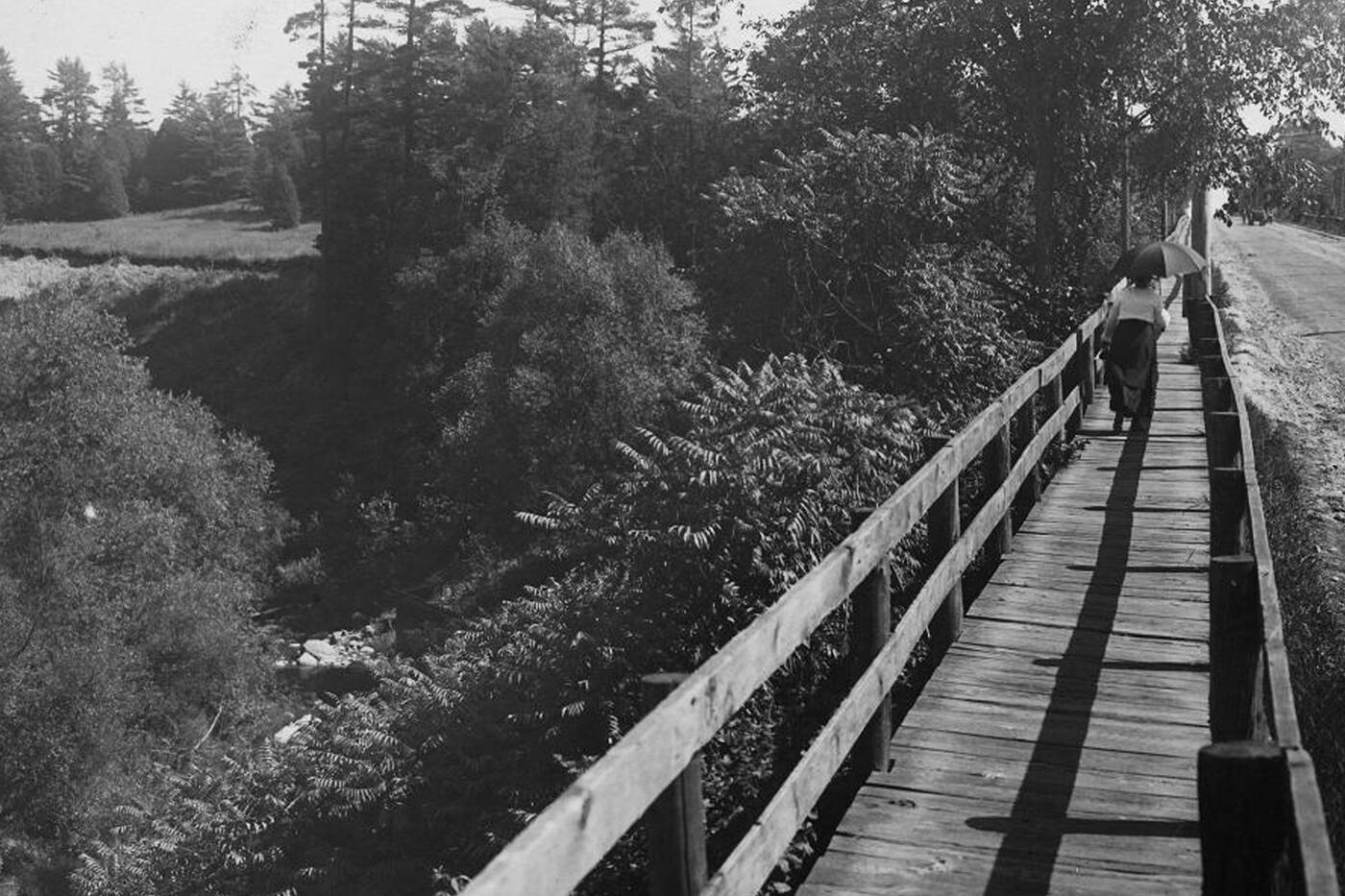 His two sons, John and William, are to thank for the creation of the present-day neighborhood. In 1851, when they were old enough to take over the property, they subdivided James' estate, calling it Hoggs Hollow.

According to the York Mills Valley Association, "the area attracted many of the subsidiary trades — blacksmith, wagonmaker, cobbler, barrel-maker (or cooper) as well as a tannery."

The community had a large Scottish, Irish and English population and truly began developing in the early 1900s. 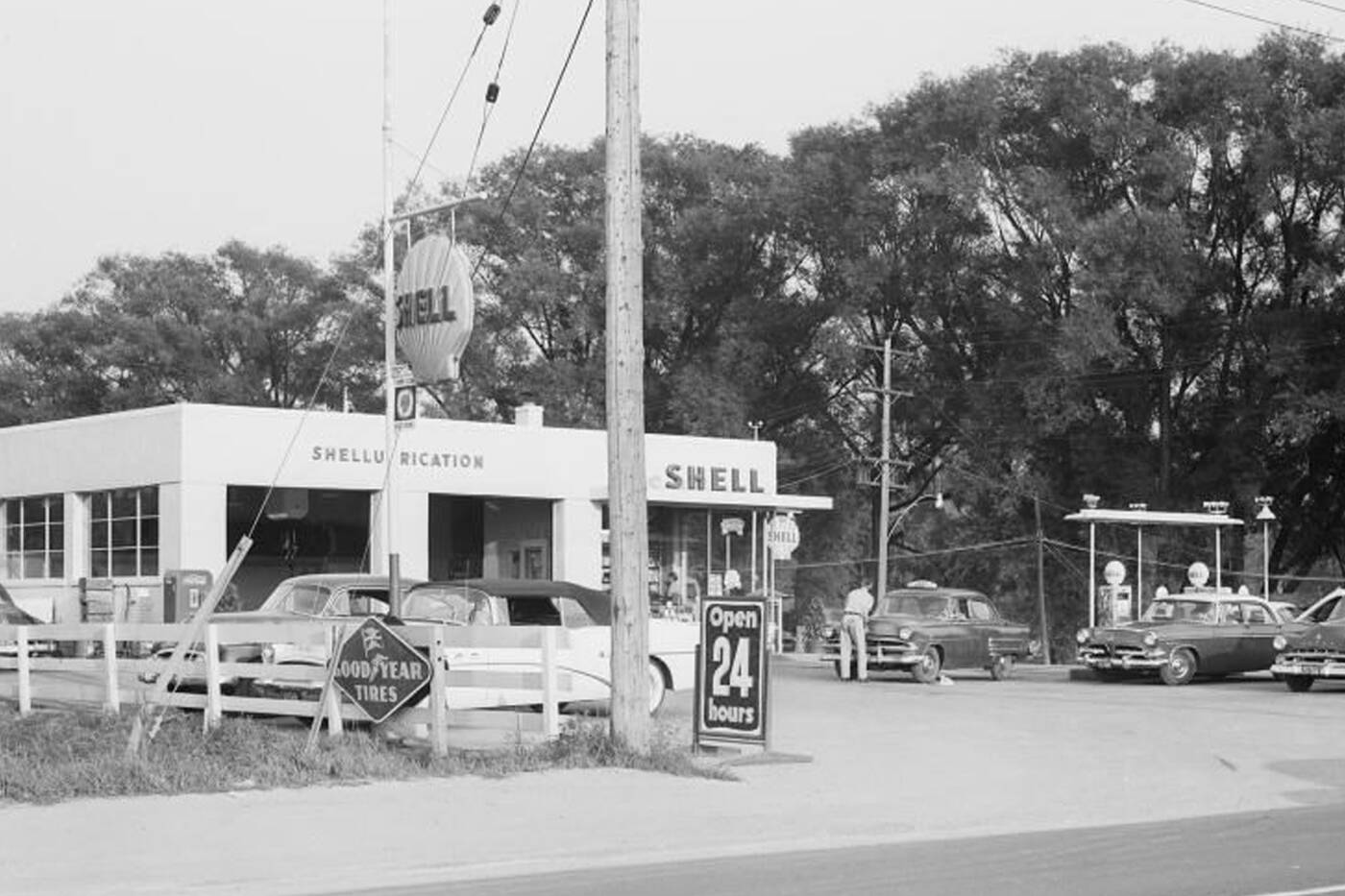 Consequentially, the new homes being built in the 1920s were greatly influenced by the English. To this day, Hoggs Hollow is known for its English Cottage homes, as well as Tudor and Georgian architecture.

It was home to a two-room schoolhouse

As the community began to grow, important institutions had to be built.

The Baron Renfrew School was a two-room schoolhouse that opened in 1925 to serve Hoggs Hollow.

According to the NYHS, "it was named for Edward, Prince of Wales, who adopted the title Baron Renfrew while touring Canada in 1919. After King Edward abdicated, the school was again known as York Mills School." 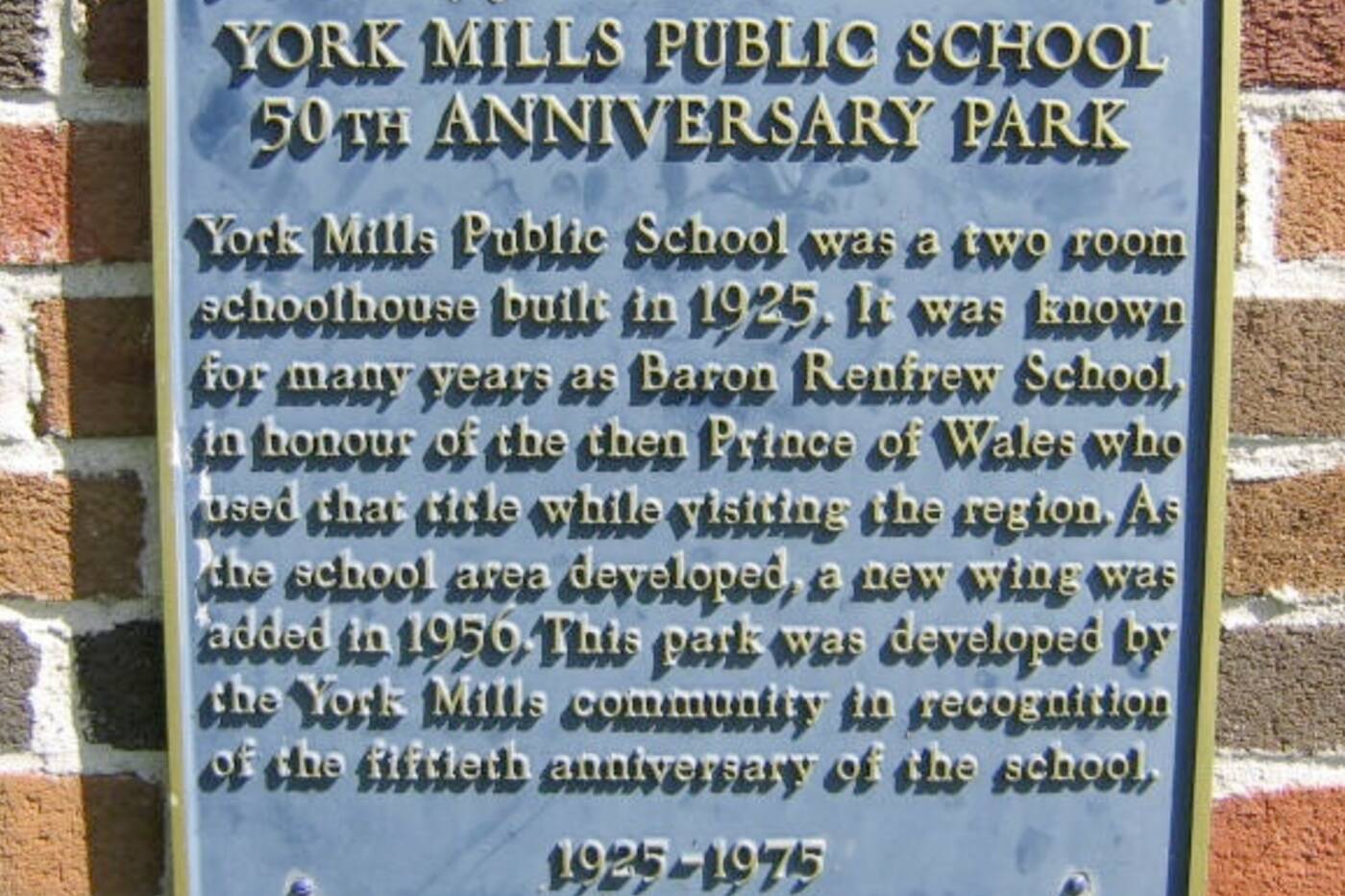 A plaque was put up for the 50th anniversary of the York Mills Public School in Hoggs Hollow. Photo by Toronto Plaques.

The school operated until 1982 and was later occupied by the Metropolitan Toronto School Board. The building was demolished in 2004.

Like many Toronto neighbourhoods, Hurricane Hazel devastated parts of the area in 1954. A steel truss bridge was completely destroyed by the storm and later replaced. 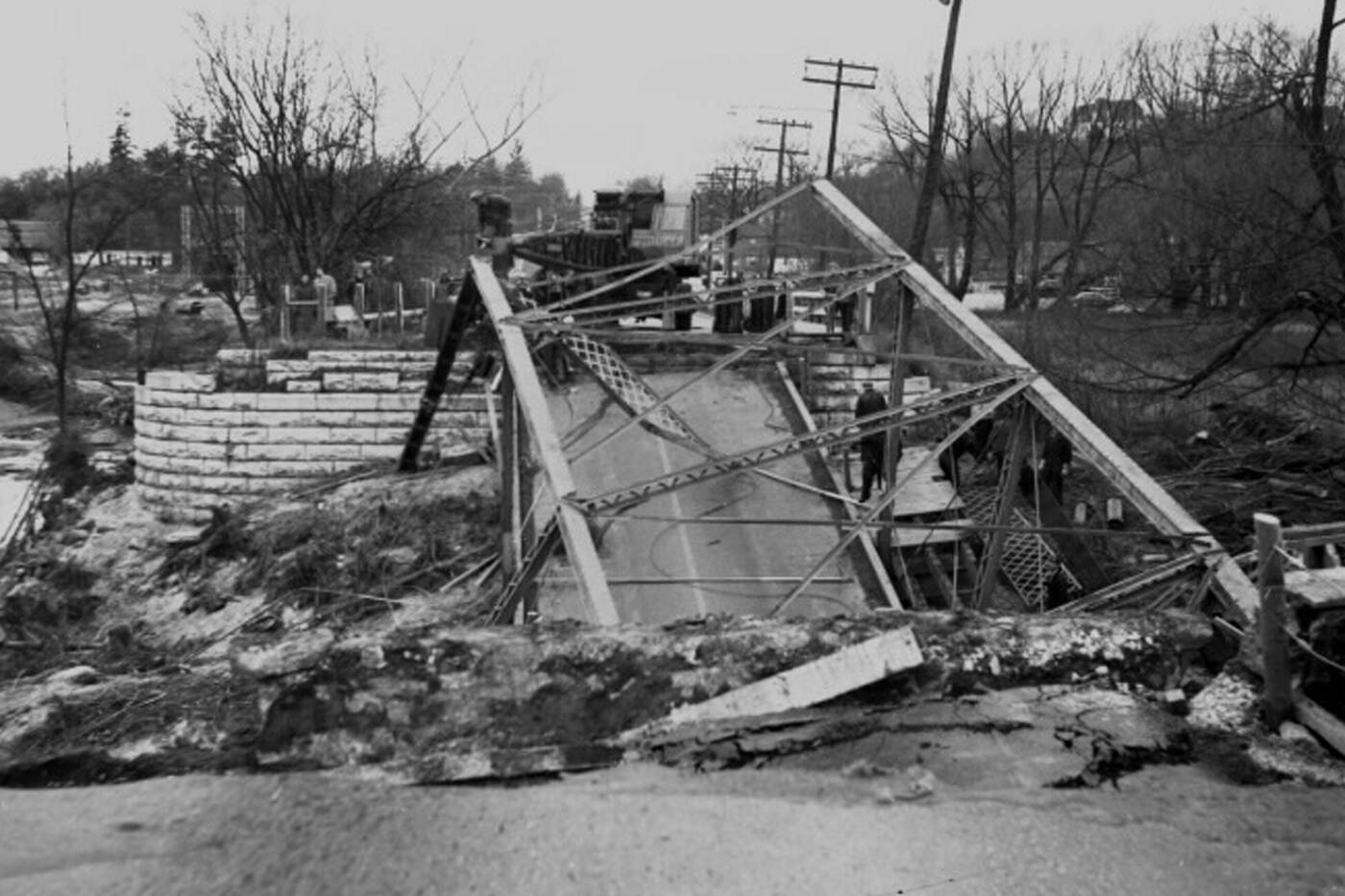 A bridge collapsed in Hoggs Hollow after Hurricane Hazel hit the neighbourhood in 1954. Photo by Toronto Public Library.

It became known for the Hoggs Hollow Disaster of 1960

Only six years after Hazel, Hoggs Hollow was met by yet another disaster. On March 17, 1960, five Italian immigrant workers were killed while working on a water main tunnel under the Don River. 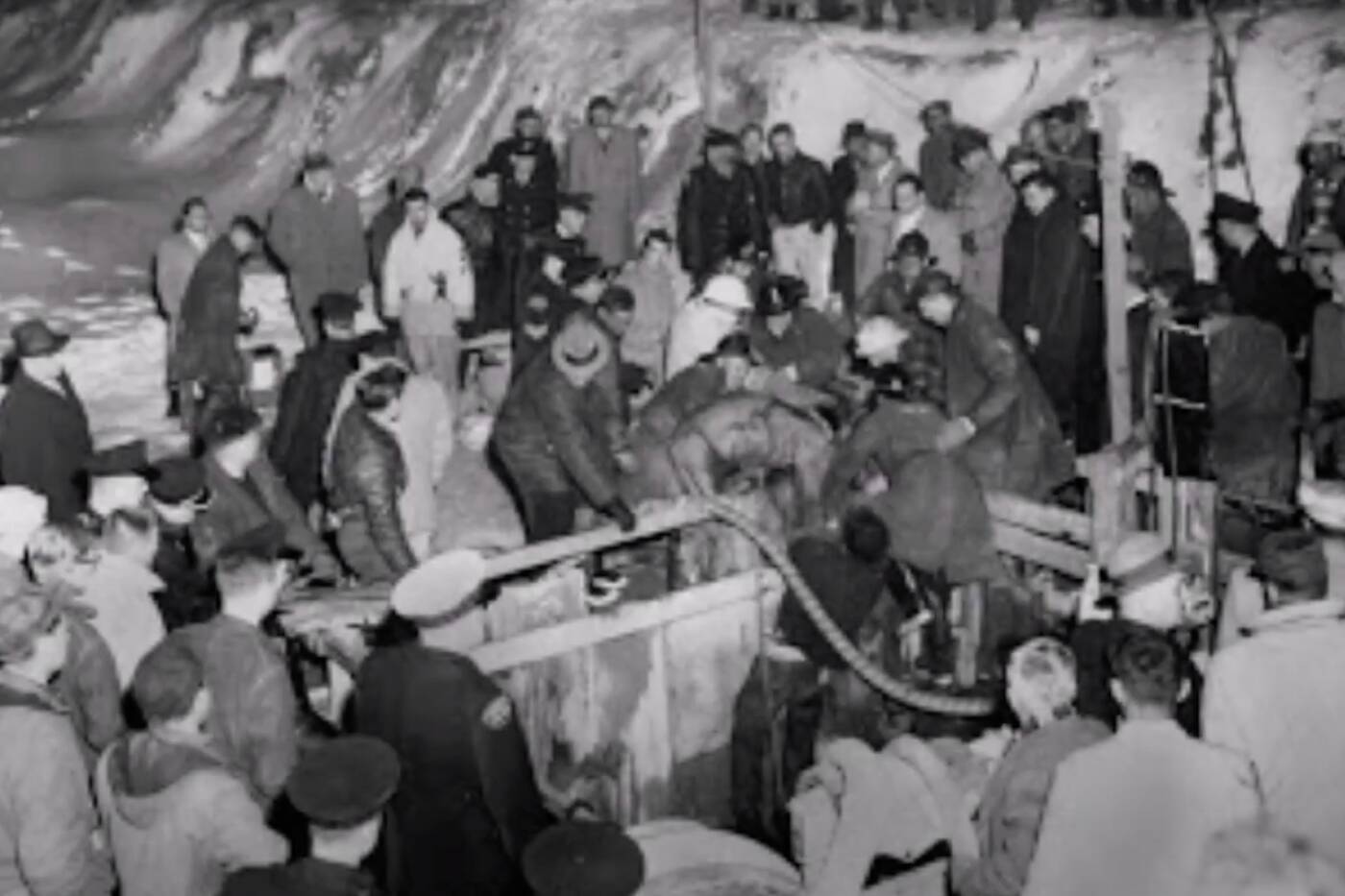 Rescue effort at the scene of the Hoggs Hollow Disaster in 1960. Photo via Italian Fallen Workers Memorial

According to the Canadian Labour Congress, "late on March 17, hours after work should have stopped, a dozen workers were still underground welding steel plating in a compression chamber west of Yonge Street when a fire started and smoke began to fill the main tunnel. A valve that would have allowed the smoke to blow out of the tunnel would not open."

Although some workers managed to get out, Pasquale Allegrezza, Giovanni Carriglio, Giovanni Fusillo, and Alessandro and Guido Mantella died from carbon monoxide poisoning and drowning. 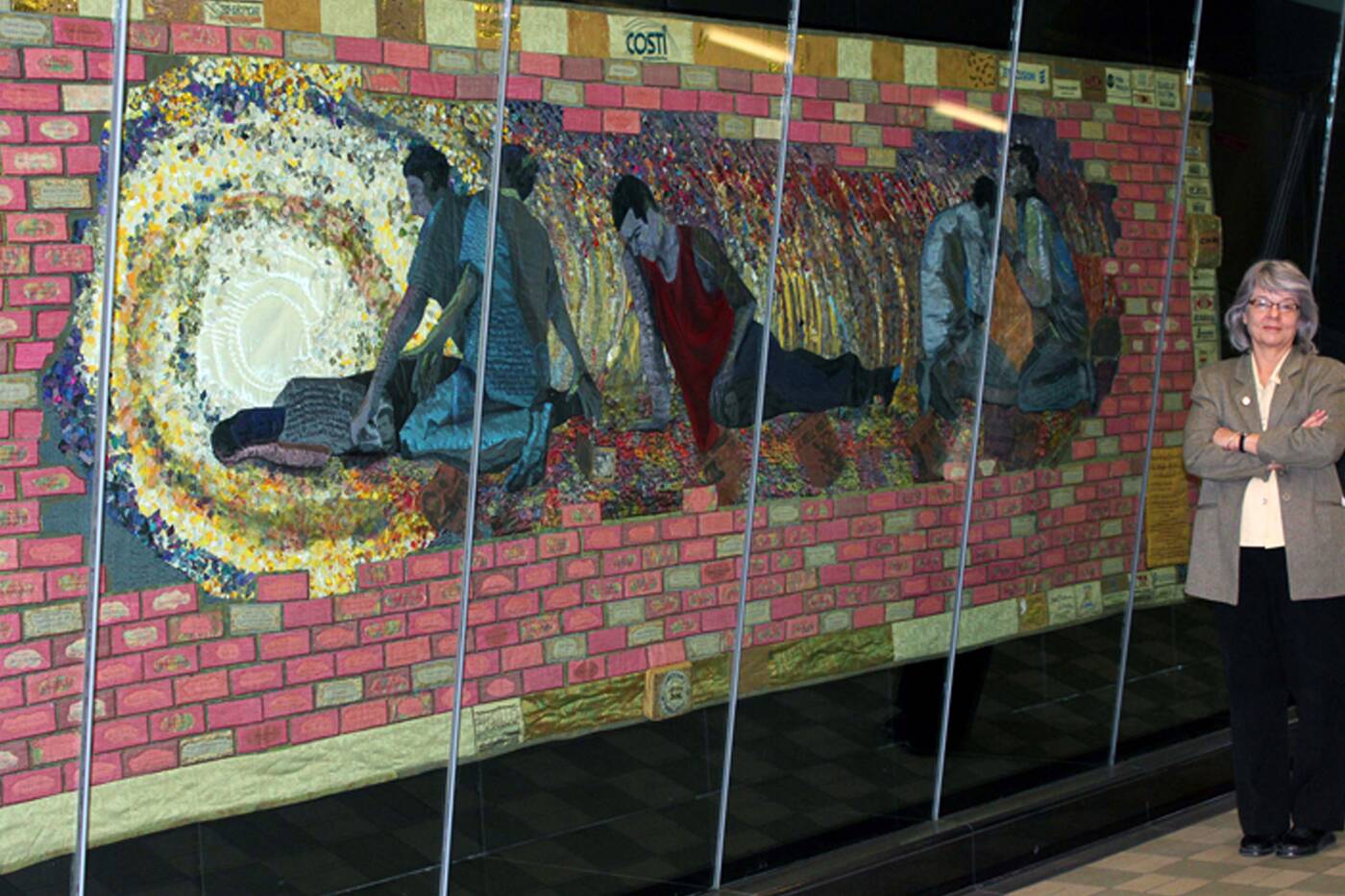 The media attention this incident received caused a public outrage. The deaths of these workers were ruled to be preventable. According to the Ministry of Ontario, in response to the Hoggs Hollow Disaster, "the provincial government formed a Royal Commission to examine how it could reform worker safety regulations."

The infamous Miller Tavern was re-opened

While these tragedies are often associated with the neighbourhood, there are other, less devastating, note-worthy aspects.

In 2004, the Miller Tavern was re-opened in the neighbourhood. It was originally built as the York Mills hotel in the mid-1800s. Not long after that, it became the place to stop on route from Toronto to Richmond Hill. 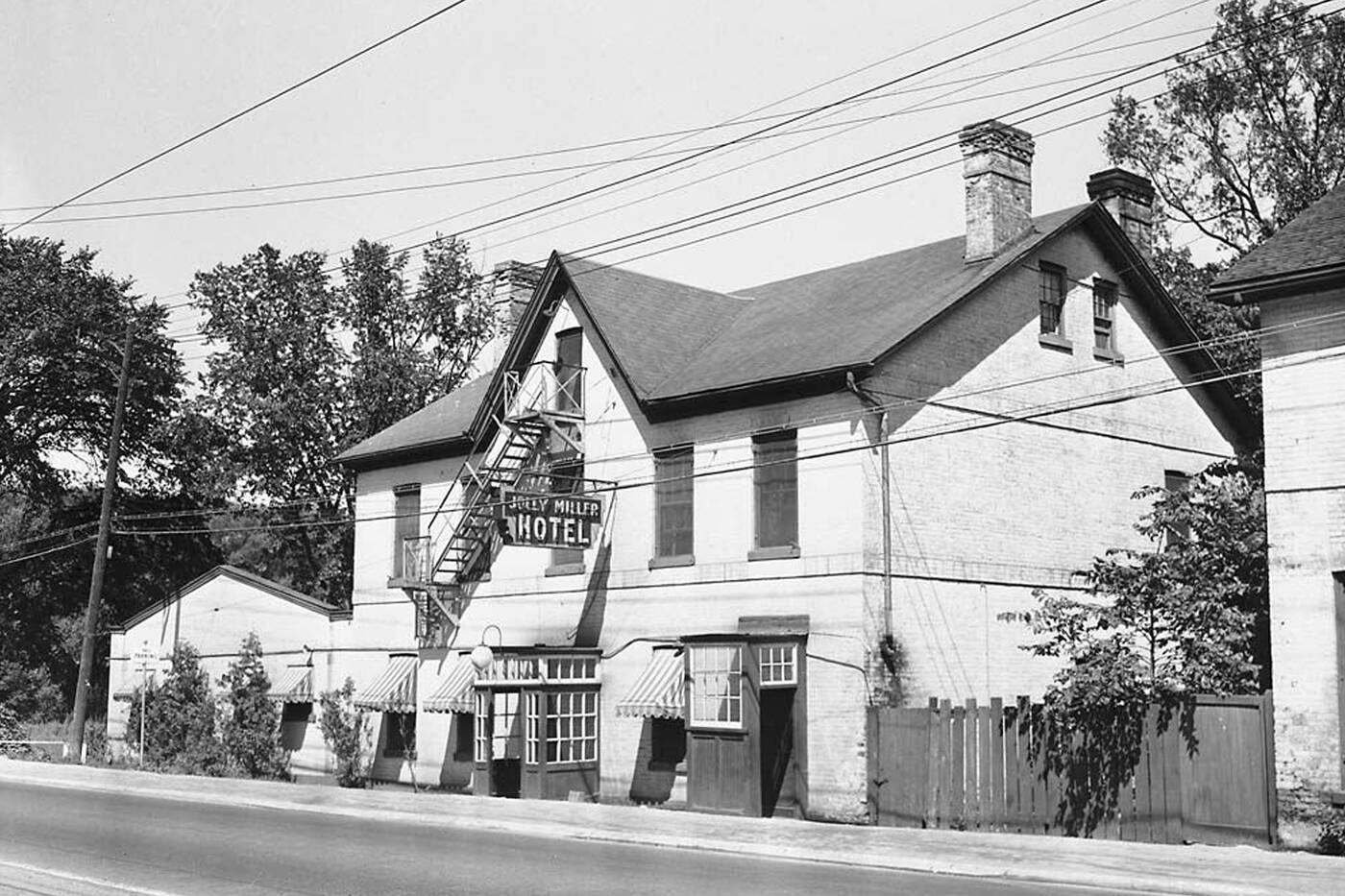 Later, it was transformed into a bar and gambling den, before being remodeled and renamed The Jolly Miller.

For a long time, the Miller Tavern was a gathering place for the neighbourhood, you could even find a skating rink and general store adjacent. 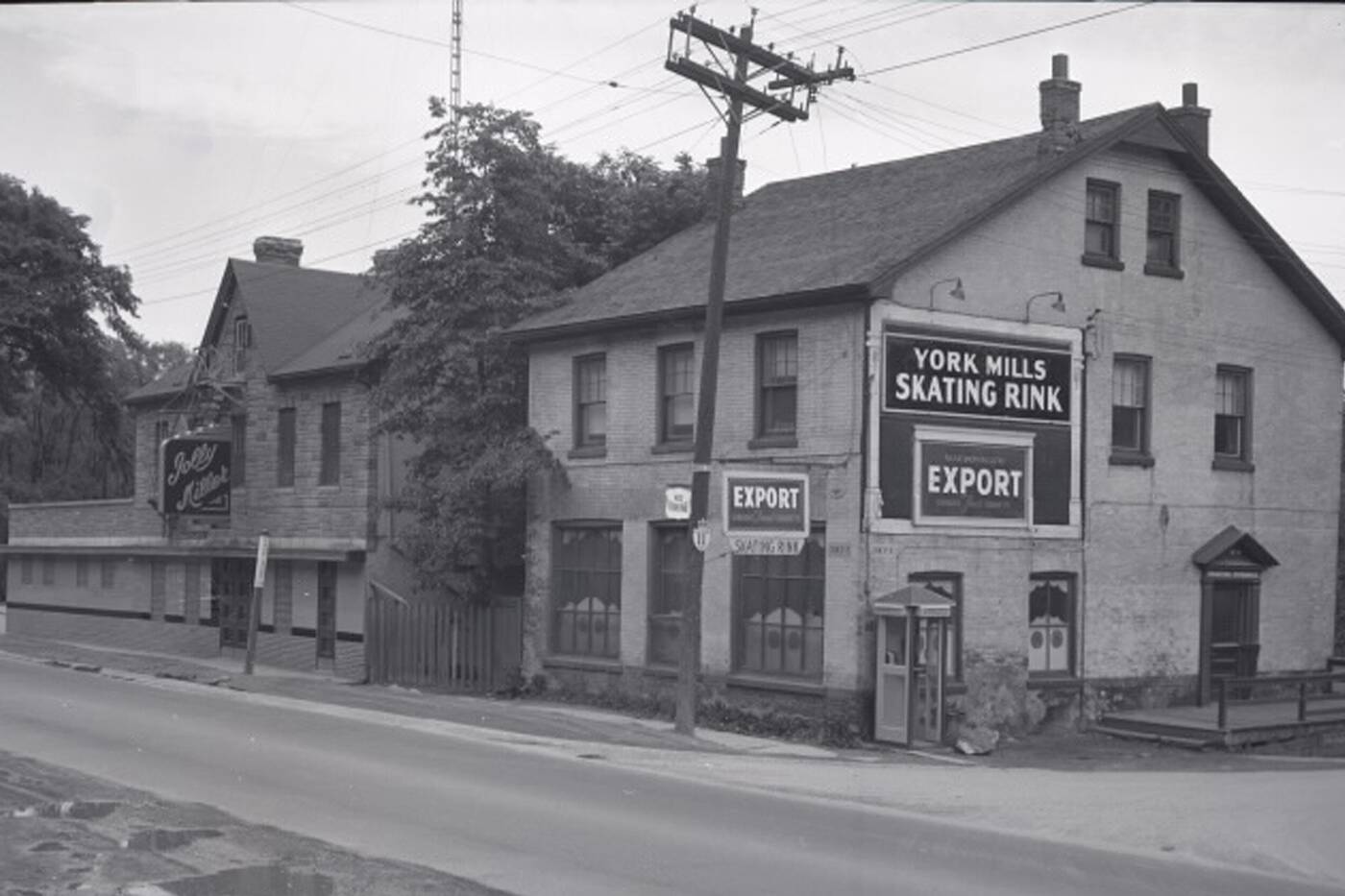 Now the Miller Tavern stands not only as a restaurant but a historic landmark in the area.

Whether you recognize Hoggs Hollow for its infamous landmarks, pricey homes or disastrous events, its history had an undeniable impact on Toronto.