Plans for Toronto's new subway line are starting to take shape, and Metrolinx has revealed what three of the new subway stations will be like.

The Ontario Line has 15 new stops planned, with a mix of subway and elevated trains from the Exhibition to Corktown, and north to the Ontario Science Centre.

Metrolinx announced what Ontario Line stations in the west end — Exhibition, King and Bathurst, and Queen at Spadina —  will be like and how they plan to incorporate heritage attributes in their designs.

The Exhibition station, currently a GO station, will be upgraded and expanded with access for commuters on GO trains coming from Hamilton or Niagara. There will be a shared concourse and an above-ground connection between GO and the Ontario Line.

The 511 Bathurst and 509 Harbourfront streetcars will stop outside the entrance.

An updated map shows how Exhibition GO Station will be expanded. Map via Metrolinx

The new station will be at the corner of King and Bathurst and accessible to those who ride the busy 504 King and 511 Bathurst streetcars. Streetcars will stop close to the new Ontario Line station entrance.

The station will have entrances and exits on both the north and south corners of the intersection. 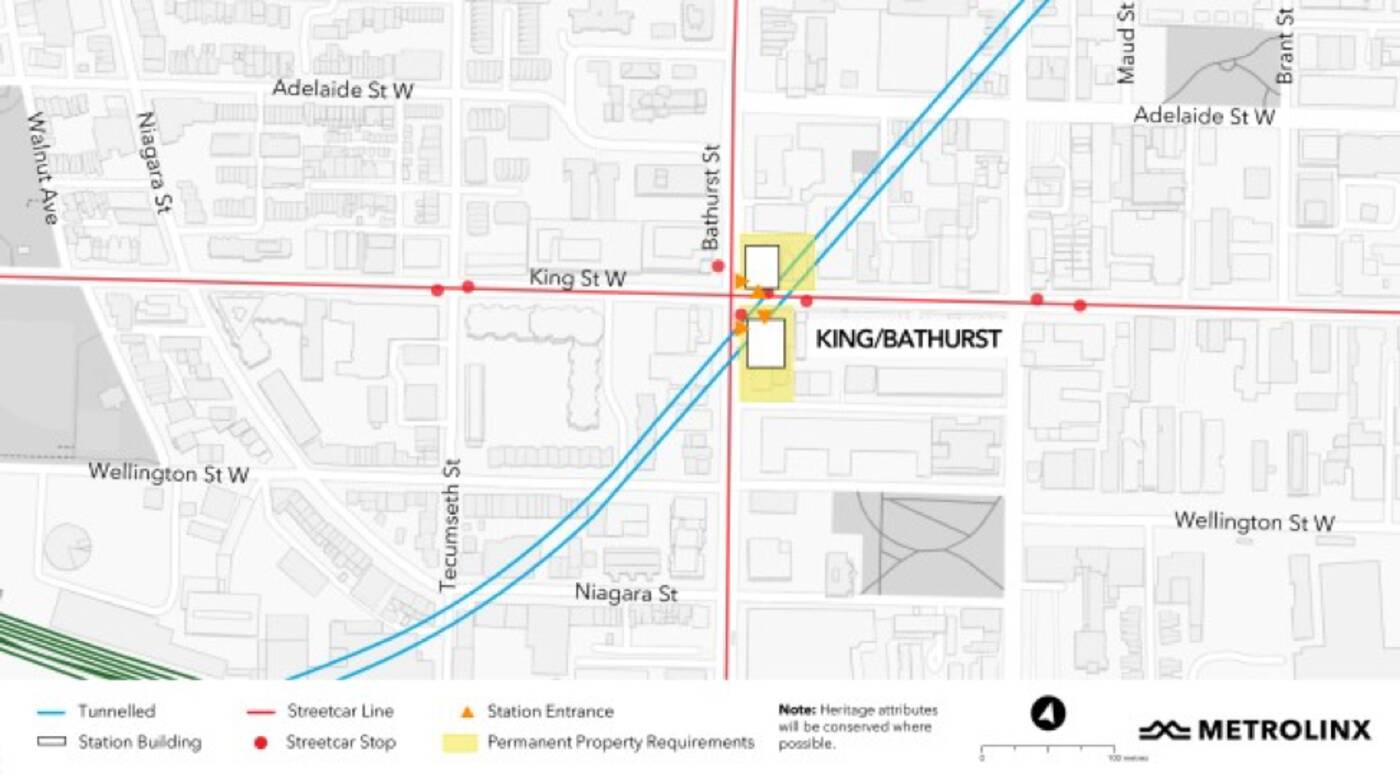 Entrances to the Ontario Line station at King and Bathurst will be positioned for easy transfers between subway trains and streetcars. Map via Metrolinx.

The Queen and Spadina station will be designed so people can connect between streetcar stops and the new subway entrances on the north and south side of Queen Street. Each day about 4,000 people are expected to transfer between the Ontario Line the 501 Queen and 510 Spadina streetcars at this station. 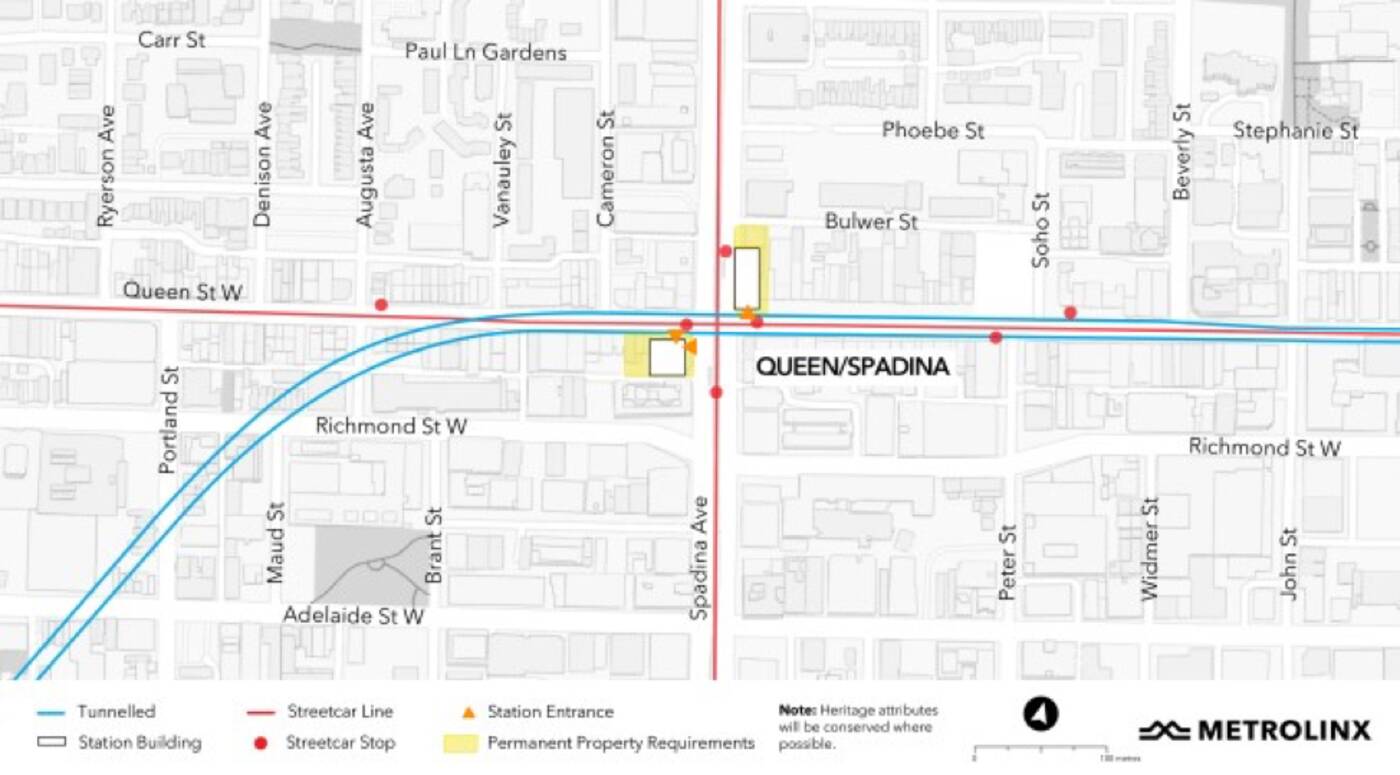 Doors on opposite sections of the intersection will make for easy transfers to the Ontario Line from Queen and Spadina streetcars. Map via Metrolinx.

In the older areas of the city, Metrolinx says it plans to maintain heritage attributes and conserve each neighbourhood’s unique characteristics.

Options around subway construction at heritage properties include retaining full facades that stations can be built within, and carefully dismantling the exteriors into panels that can be stored and then reassembled as parts for new stations.

This comes as Metrolinx announced plans to take over 175,000 square metres of land along Overlea Boulevard near Don Mills and Eglinton, forcing several Thorncliff businesses to move.

"We are only acquiring properties we need to build and accommodate new transit infrastructure and to create the best possible transit connections," Malcom MacKay, a program sponsor for the Ontario Line, says.

"We know we need to work hard to make sure any new structure fits and blends in with the community it serves, and that's something we’re going to do from one end of the line to the other."

It will be a long wait for these new stations.

The $11 billion Ontario Line, billed as the largest single subway expansion project in Toronto's history, won't be in place until at least 2027.