When a Toronto woman spotted a baby bird on the roof of her car at a busy plaza, she didn't know what to do.

Rachelle Gordon tells blogTO she was at the plaza at Leslie Street and Lake Shore Boulevard last week and when she returned to her car, parked under the covered area, found a little bird on the roof.

"It didn't seem to be injured but it wasn't really moving," Gordon says. "I realized it was a baby and thought what the heck should I do."

She stopped a passing Canadian Tire staff member and asked for a small cardboard box. She didn’t want to leave the bird in the busy parking lot. She then put out a plea on Facebook and an acquaintance who works with animals contacted her.

He told her the bird's mother is likely still around and told her to look around the covered parking area for the nest. He suggested tapping the box with the bird in it to a pole near her parking spot for the mother to find. 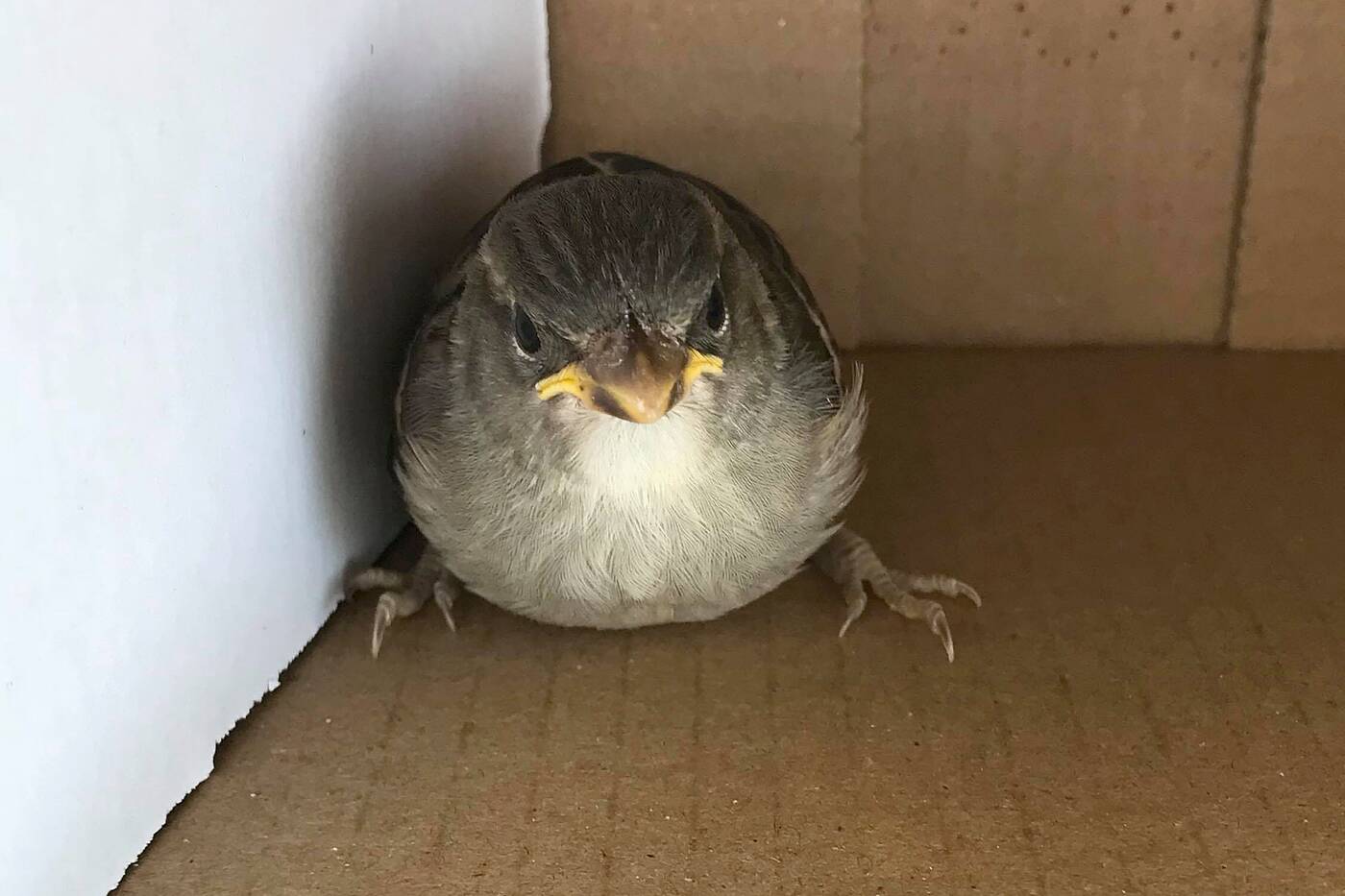 Gordon put the bird in a cardboard box so it wouldn't get injured in a busy parking lot.

She took the bird in the box into the Shoppers Drug Mart to buy tape and a pen. When she returned to her car, she put the box down and the bird jumped out.

"He started freaking out and then disappeared."

Then an adult bird, which Gordon thought was the bird's mom, landed on the roof of her car and started chirping.

She looked around and found the baby bird in her trunk. She tried to carry him out but he flopped out and landed in the parking area.

Finally, the adult bird returned and kept trying to get the baby bird to fly. Eventually, he flew off with her.

"I think she might have had a nest in one of the storefronts."

Gordon says she is no expert but learned that people should wait for a mom when they find a baby bird. 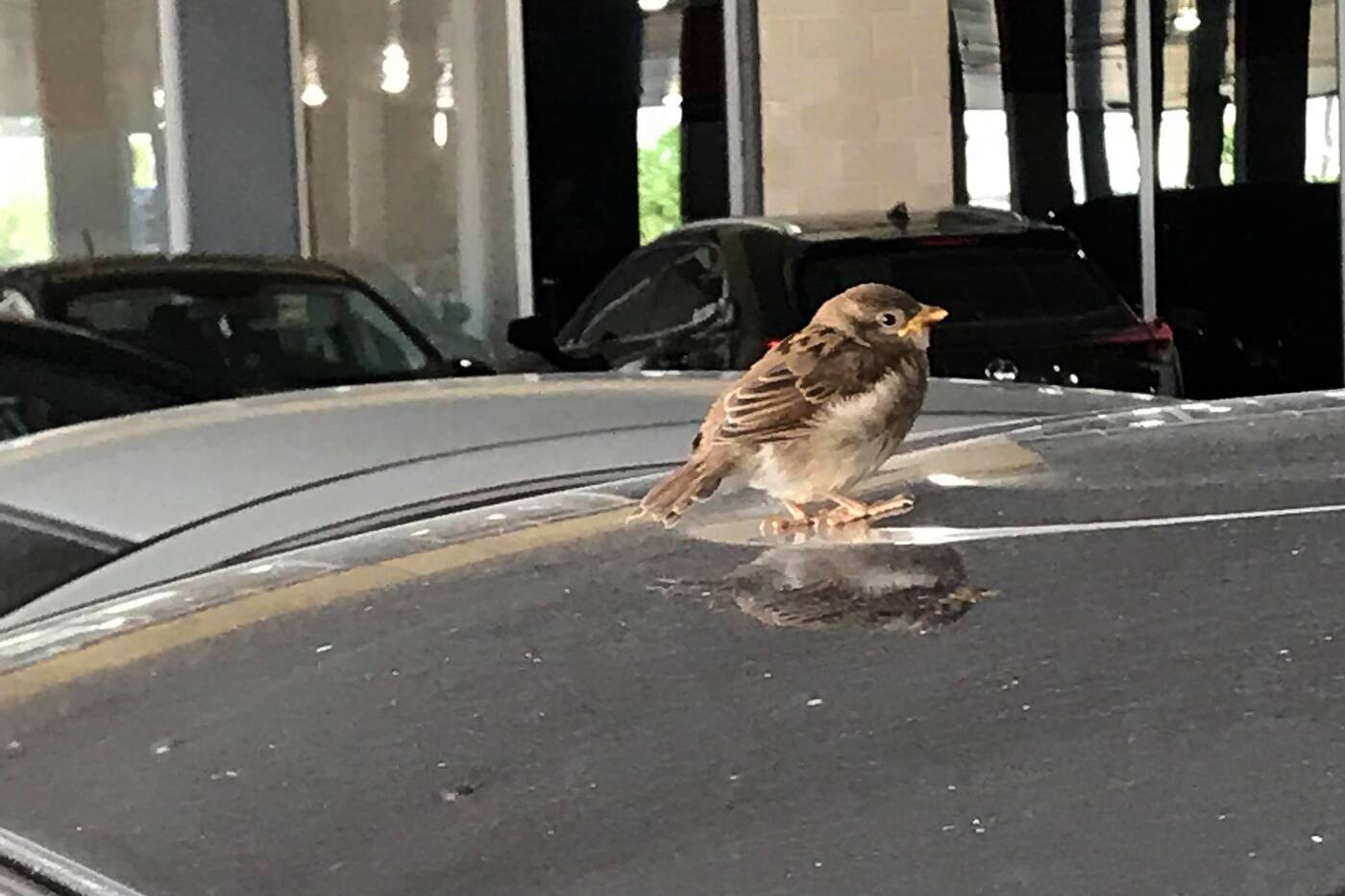 The bird was not moving from the roof of Gordon's car.

Toronto Wildlife Centre offers advice on what to do if you find a bird. First, you should determine if it a baby bird and if it is injured. The centre has photos of common baby birds. Placing the bird in a cardboard box can keep it safe. The centre suggests keeping an eye on the bird if it is in a safe spot.

"If the baby bird hops or runs really well and is difficult to catch, leave it alone but keep a close an eye on it," the Toronto Wildlife Centre suggests.

FLAP (Fatal Light Awareness Program) also has tips for what to do if you find an injured bird. They also suggest placing the bird in a cardboard box or unwaxed paper bag. Then the best thing to do is contact a wildlife rehabilitation centre.

In this case, the bird seems to have been fine and reunited with its mother.

"It was a happy ending," Gordon says.