The Don Valley has many of Toronto's best trails and wild areas in the city, and some people would like to see the city go a step further and create a unique trail over an old bridge.

Wonscotonach is the Anishnaabemowin place name for the Don River.

The old rail bridge, called Half Mile Bridge, near Evergreen Brickworks, could be converted into parkland, much like the St. Thomas Elevated Park, a new project in St. Thomas, Ontario or the New York High Line. 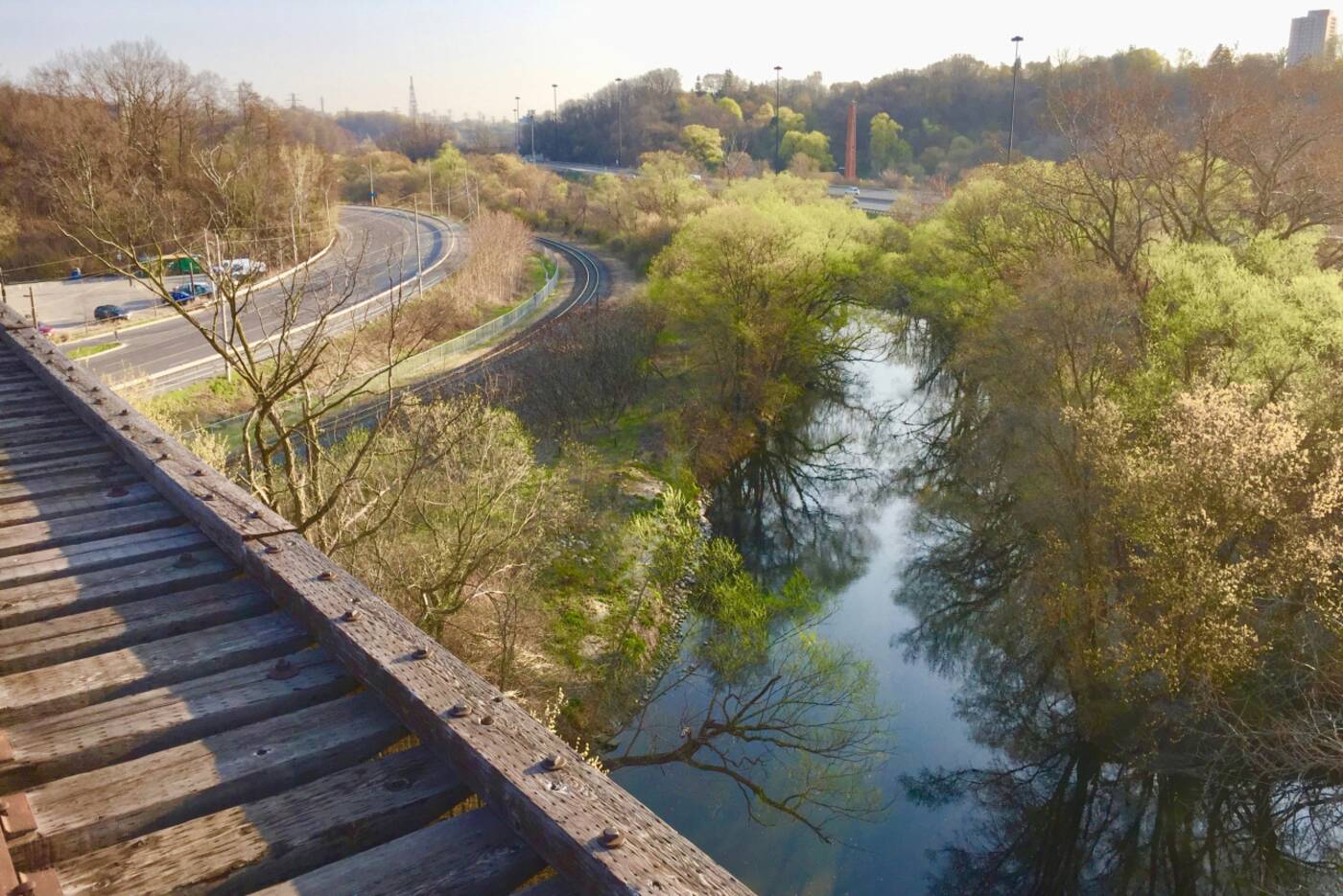 The view from the Half Mile Bridge is beautiful. Photo via Chris Williams.

Williams and an informal group of residents in north Riverdale came up with the idea, and created a website around it.

Their plan is in response to the Metrolinx plan to use the bridge and an area under the Prince Edward Viaduct for a layover site and a place to park unused train sets during the time between a weekday's two rush periods.

The railbed and land belongs to Metrolinx but hasn't been used since 2007.

The Metrolinx plan will allow for increased GO Train service, which will reduce carbon emissions and improve air quality by getting more cars off the road, spokesperson for Metrolinx Fannie Sunshine tells blogTO. 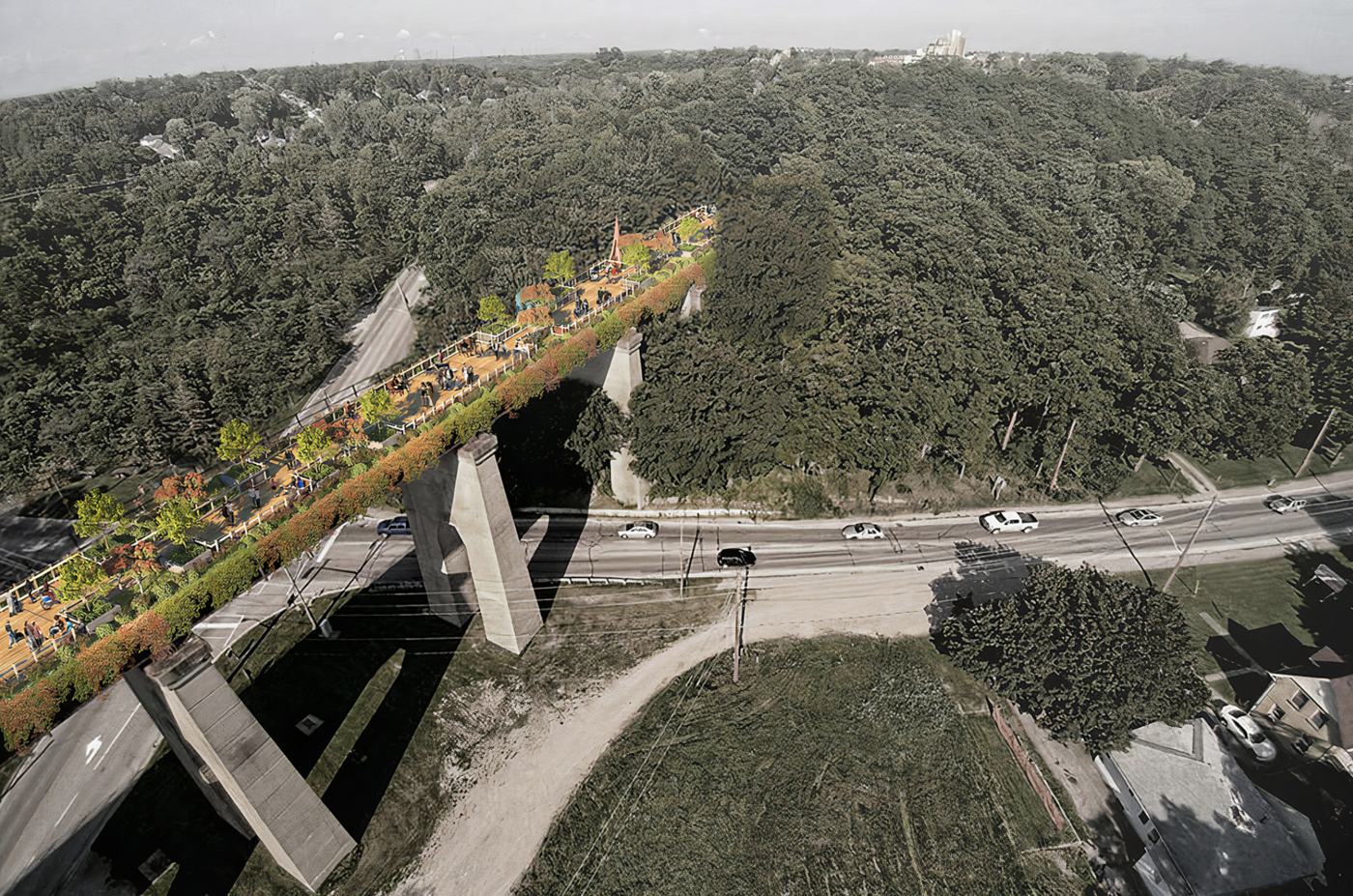 This is the plan for St. Thomas. Image via St. Thomas Elevated Park.

But Williams says the city, which just lost approvals to build a massive Rail Deck Park, needs an urban park.

Transforming the bridge for pedestrians would provide a spectacular viewpoint over the Don Valley River. Williams figures it would be huge tourism draw and makes more financial sense than the Metrolinx plan.

"What is the rationale for turning this land into a parking lot versus something that could be generating a lot of interest and visits to Toronto for tourism and benefits for people who live nearby," Williams says.

Floyd Ruskin of Don't Mess with the Don also wants to come up with alternatives for the area.

"They have other and more suitable places to park their trains," Ruskin says. 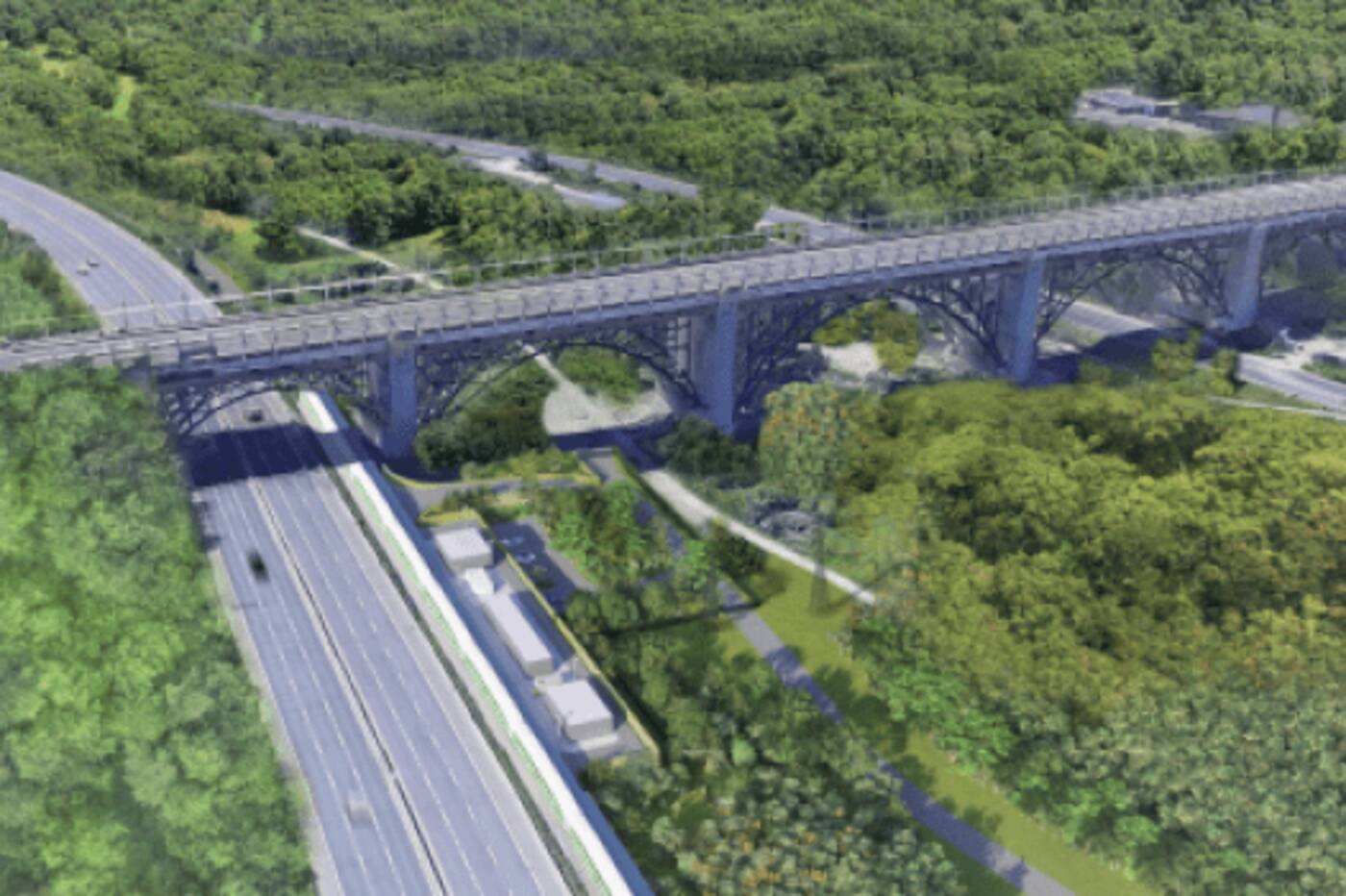 The Metrolinx plan would put a layover train site under the Prince Edward Viaduct. Rendering via Metrolinx.

But Sunshine says Metrolinx went through multiple design iterations, incorporating feedback from the City of Toronto and the Toronto and Region Conservation Authority.

"Metrolinx has landed on the current proposed site as it has the least impact to the Don Valley," she says.

The Don River was a centre for industry but over the years people have worked hard to bring it back to nature and remove the polluting factories, Ruskin says.

"It is not time now to go backward."