The sad news broke Friday morning that Prince Philip, Duke of Edinburgh, passed away at the age of 99.

Prince Philip visited Toronto 20 times starting in the 1950s, according to a statement issued by Mayor John Tory.

"Prince Philip's connection to Toronto was a deep and heartfelt one," Tory said. 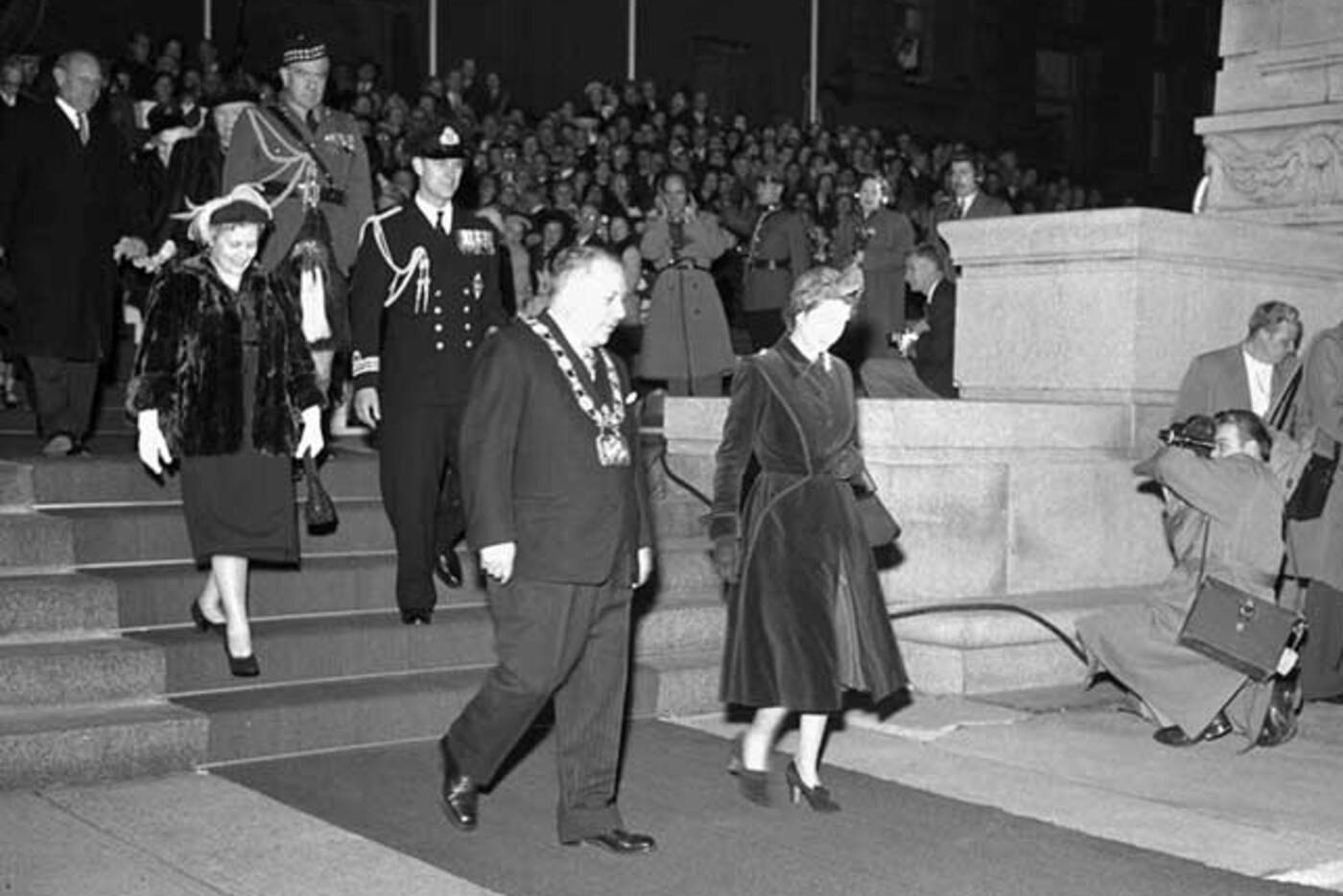 The first visit was in 1951 when he accompanied his wife, then Princess Elizabeth, on a tour she made in place of her ailing father, King George.

During that 1951 visit, 300,000 spectators gave the Princess and the Duke a warm welcome as they were driven from Malton (now Pearson) Airport to City Hall (now old City Hall), according to the City of Toronto.

The couple was greeted by Mayor Hiram E. McCallum, signed the register, paid respects to Toronto's War Dead and attended a civic reception. 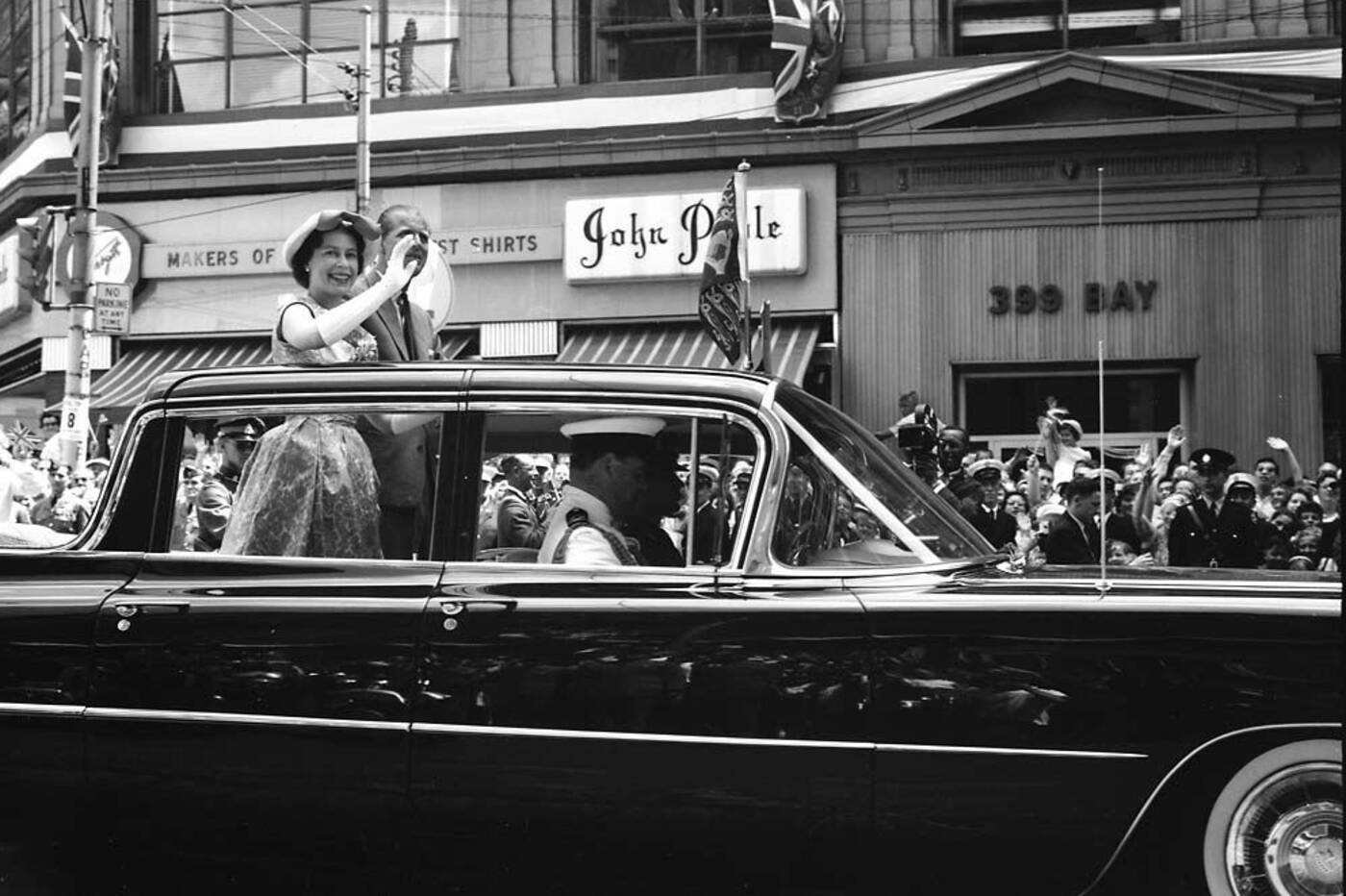 The Queen and Prince Philip are driven down Bay Street in Toronto in 1959.

In 1959, the Queen and Prince Philip visited Toronto as part of a 45-day tour of the country, travelling to all 10 provinces and what were then two territories. The Royal couple sailed into Toronto Harbour aboard the Britannia, were welcomed in Etobicoke and were special guests at the 100th running of the Queen's Plate at the Woodbine racetrack. 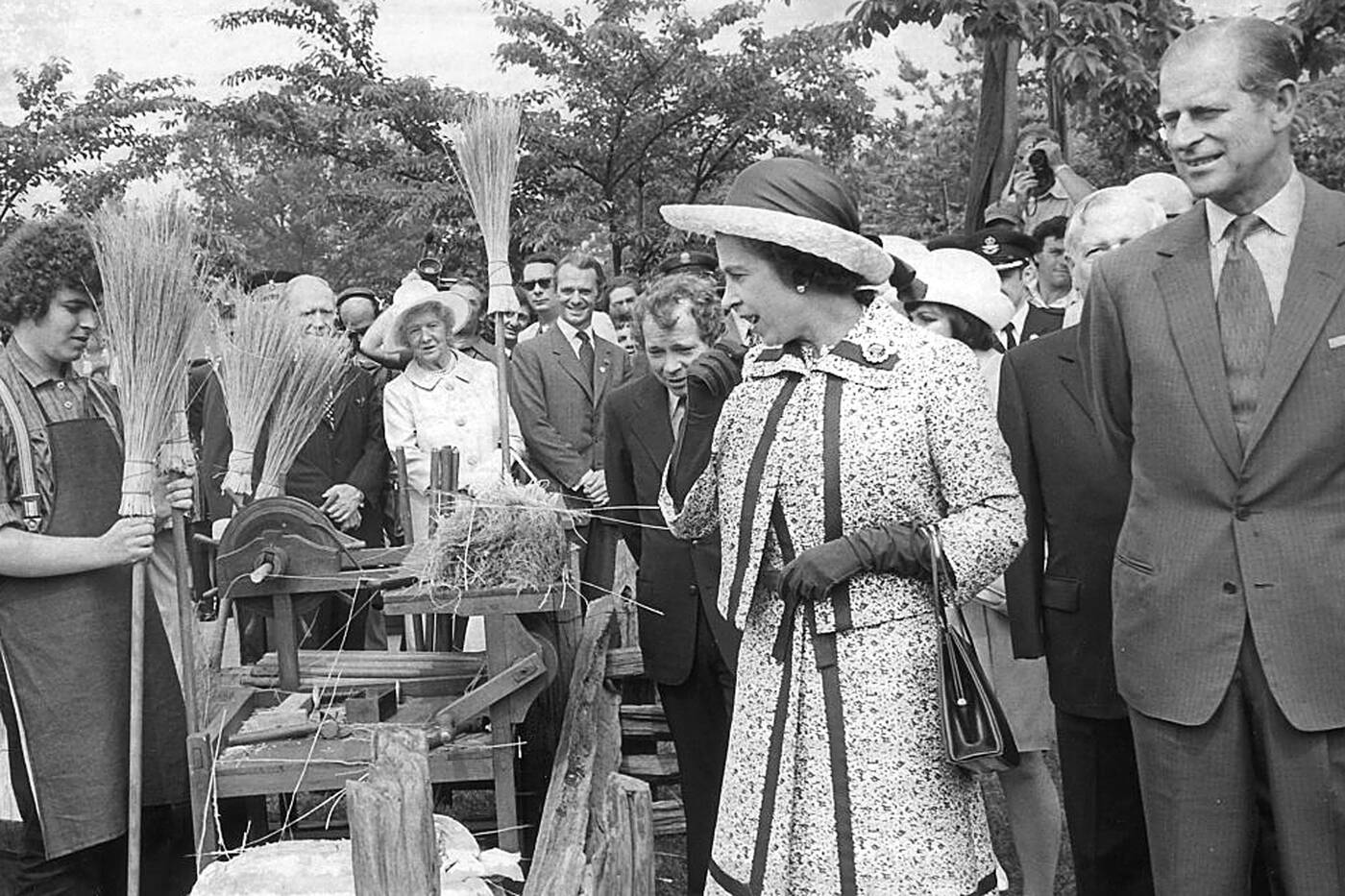 Queen Elizabeth and Prince Philip in High Park in 1973.

In June 1973, the Royal couple visited Ontario Place and High Park, and as part of Ontario Conservation Week, the Queen released 100 tagged bass into Grenadier Pond (whose descendants you can probably still see, and even catch-and-release if you like). 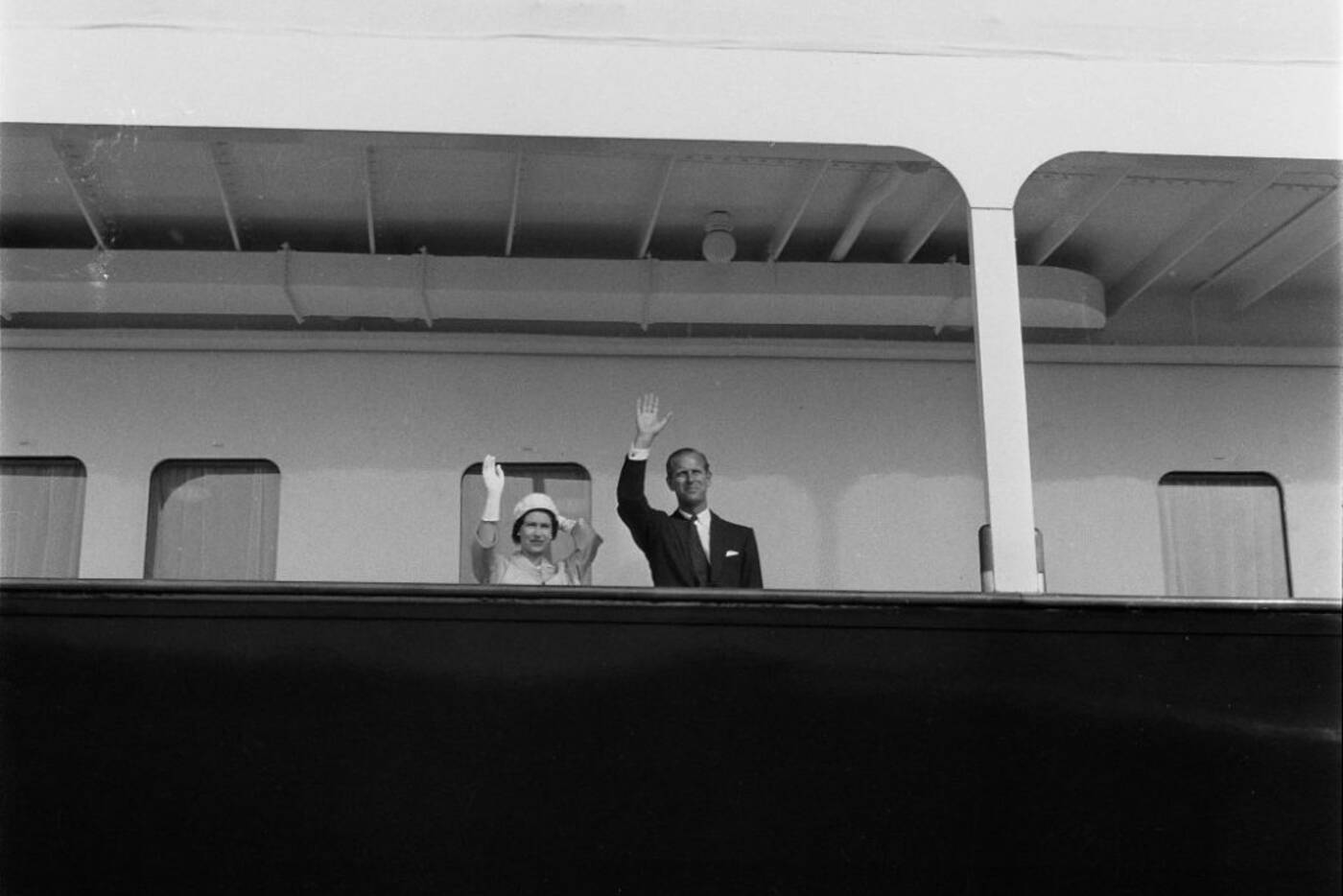 The Queen and Prince Philip wave at the opening of the St. Lawrence Seaway on June 26, 1959.

In 1984, the Queen and the Duke of Edinburgh were again welcomed to Toronto, to help celebrate the city's 150th anniversary.

According to the mayor, Prince Philip's patronages in Toronto include the Canadian Club of Toronto, Upper Canada College ( he attended the 150th anniversary in 1979), the Toronto Club, Royal Canadian Yacht Club, Toronto Press Club, Loyal Canadian Prince Club and Massey College in the University of Toronto. 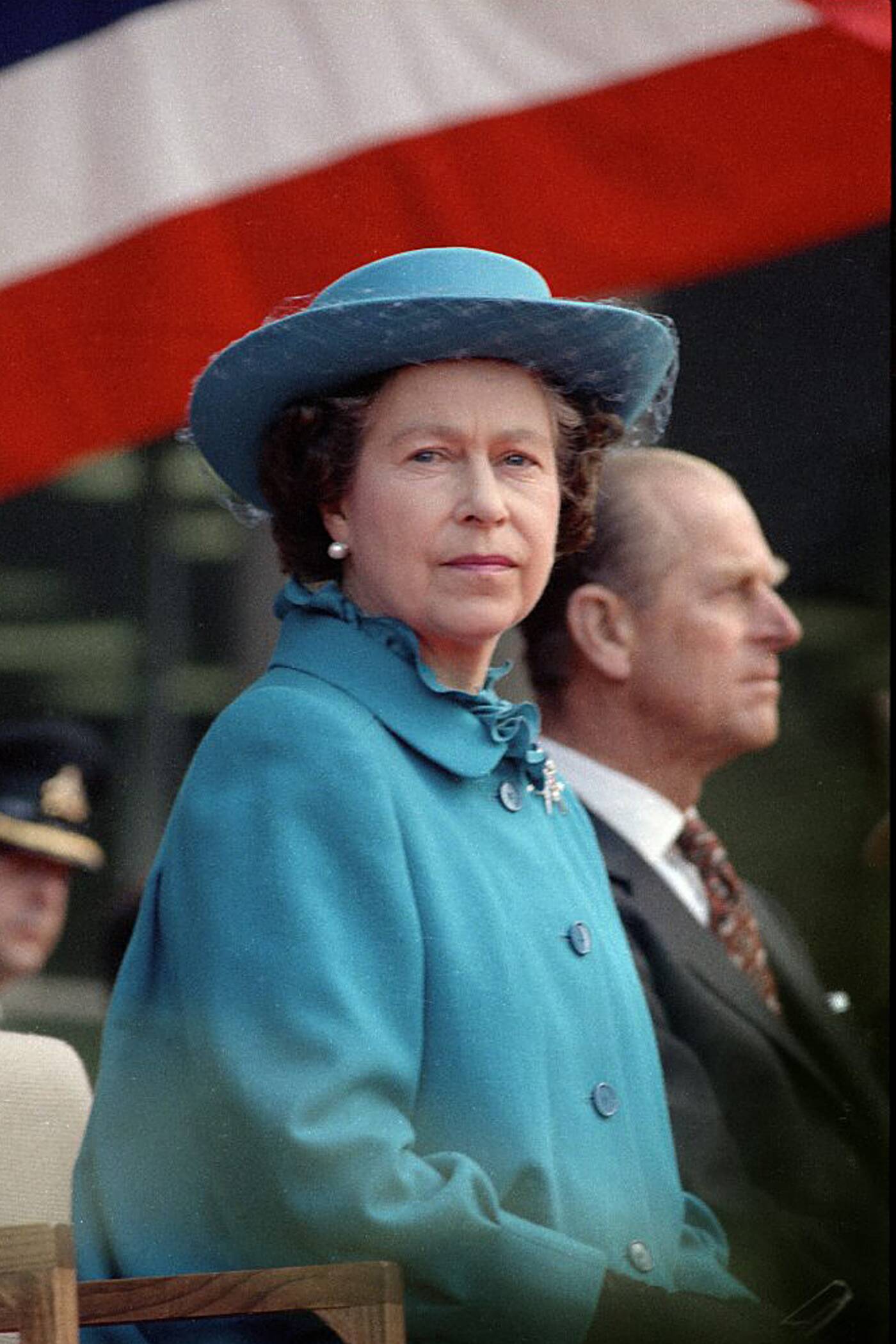 The Queen and the Duke of Edinburgh at Nathan Phillips Square on Oct. 2, 1984.

His most recent visit to Toronto was in 2013, when he was 91, for the Presentation of Colours to the Royal Canadian Regiment at Queen's Park and to receive his insignia as Extra Companion of the Order of Canada and Extra Commander of the Order of Military Merit by the Governor General at Royal York.

The official flag poles at Toronto City Hall, Old City Hall, the Civic Centres, Metro Hall and all City of Toronto facilities, parks and vessels will be lowered to mark the passing of His Royal Highness.

via Toronto Archives, The Queen and Prince Philip are driven down Bay Street in Toronto in 1959.