Catnip is like weed for cats: a few whiffs of this mint family plant will have your feline friend in the most enviable of blissed out states.

But store-bought catnip, which comes dehydrated, milled, then packaged in a variety of toys or treats, doesn't have the potency to keep your cat satisfied, says Toronto entrepreneur Mikey Fivebucks.

That's why Fivebucks—not his real name, by the way—says you should support the dank stuff being sold at Catnip Dispensary Inc.

Boasting six different strains of homemade catnip, Fivebucks is attempting to raise $5,200 on Kickstarter to get his business up and running.

The entrepreneur, who gets his nickname from the fact he's been taking on $5 side hustles for the past 15 years (like an intriguing gig that included ketchup art), says he's been perfecting the art of making catnip for three and a half years. 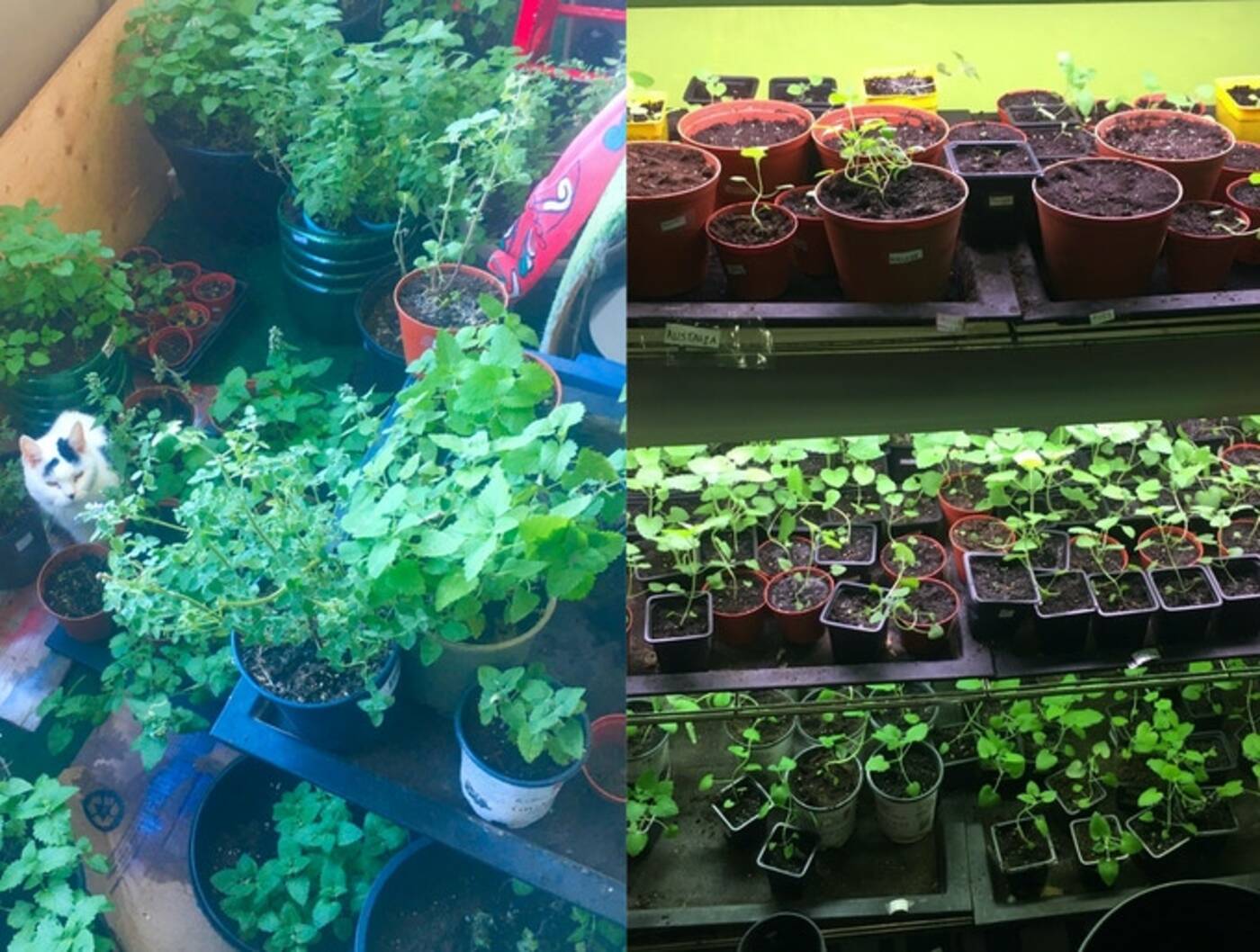 Cat Dispensary Inc. is a start up running out of Parkdale resident Mikey Fivebucks' apartment.

"It just kind of took over my life," he says. "I've just been really obsessed with cat nip."

Collecting seeds from all over the world, including seeds sent to him by friends from fields in Germany, France, and Spain, Fivebucks has been growing catnip plants. They now fill his bachelor apartment in Parkdale.

Growing them from seeds, plants are transferred to the balcony. From there he washes the catnip and hang dries it for four to five weeks. 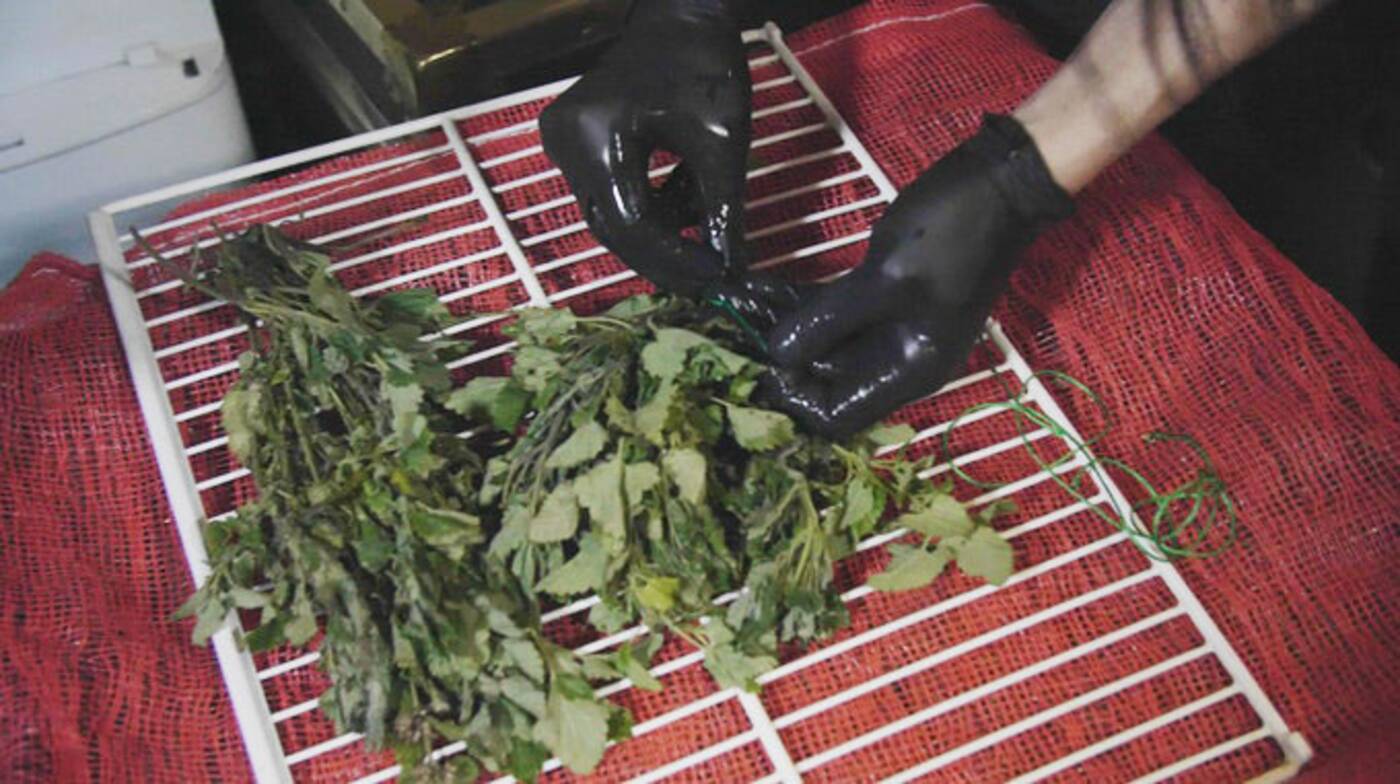 All catnip plants are grown from seed, dried, and cured before being packaged.

The leaves are cured in glass jars with humidex readers for another five weeks. Nepetalactone, the chemical that gets your cat high by binding to receptors inside its nose, are more effective through this process.

"It keeps it flavourful and it keeps the natural oils," says Fivebucks. "It's moist, a bit like weed."

He's been testing the different catnips on friends' cats and his own pet, Evol, a stray cat who followed him home nine years ago and never left.

Catnip Dispensary categorizes its strains just like weed, but with a feline twist. There's Indicat, Cativa, and Hybird: the names are obvious enough for you to guess what kind of 'high' your cat will have. 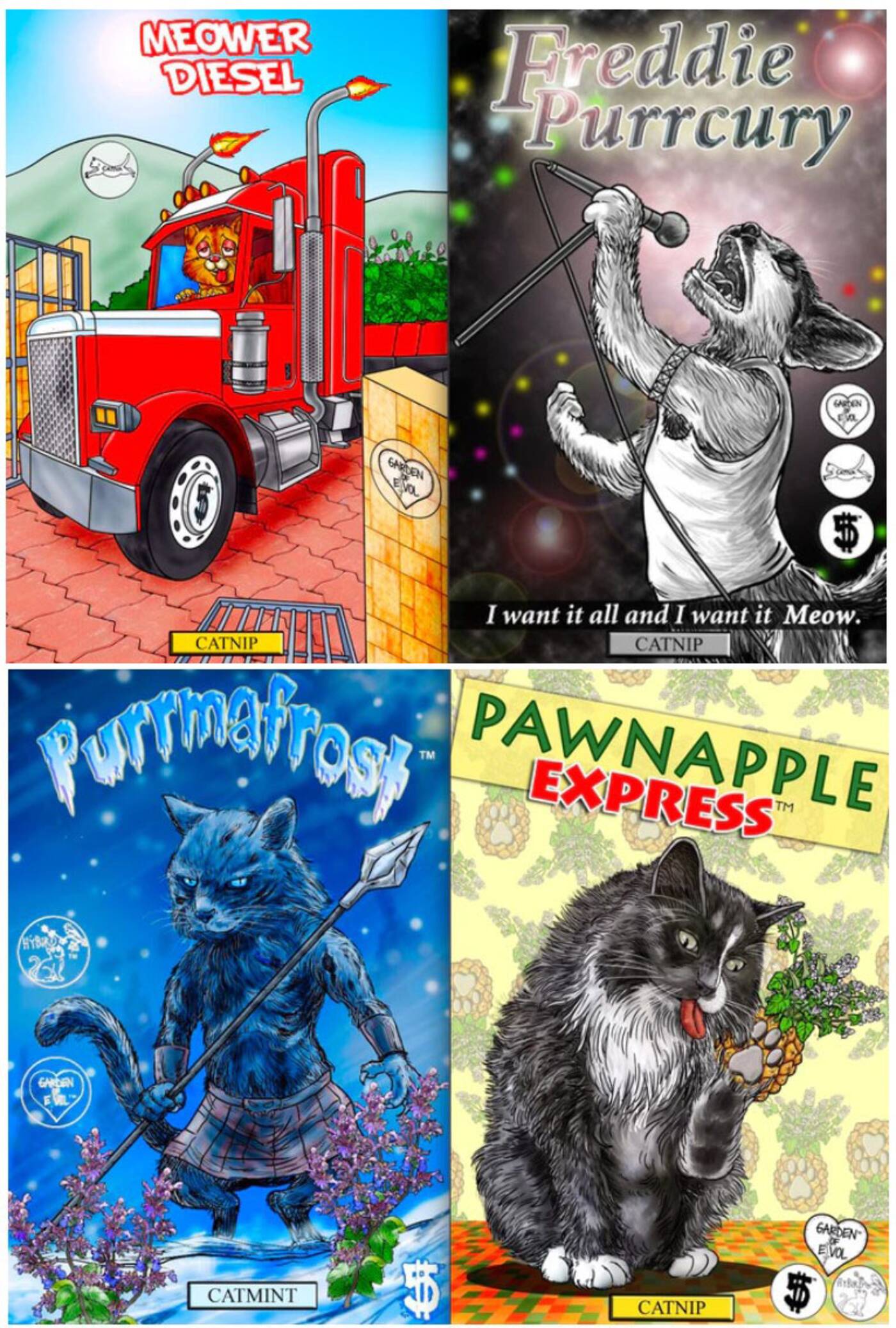 Cat Dispensary Inc. currently has six strains of catnip like the Meower Diesel or Pawnapple Express.

There's the Fuzz Aldrin strain, a super potent Indicat, or the Freddie Purrcury, a Cativa that will "boost your kitties confidence and stage presence."

"Make sure you hide this bag well because most of our tester cats found where it was hidden, and tore the bag apart to get into it," says the product description.

All six strains already have some sweet artwork and will arrive in heat-sealed, foil-lined mylar zip bags.

As for concerns about the safety of these loud catnip strains, Fivebucks assures it's safe. It's impossible for cats to overdose on catnip, and as long as you don't mix it up with your actual cannabis stash (which is not healthy for cats), you're in the clear. 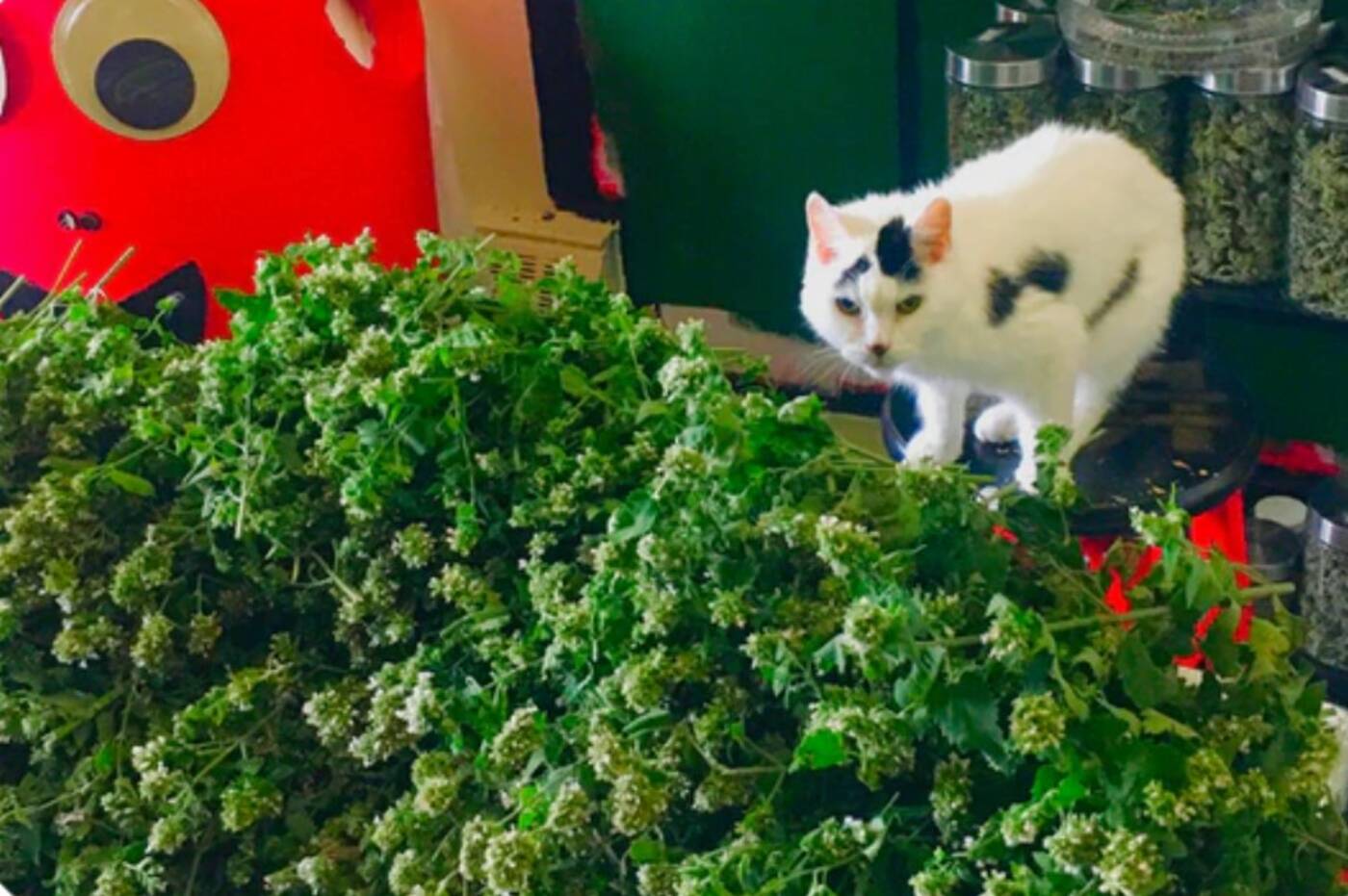 Fivebucks tests the catnip on friends' cats and his own feline, Evol.

Now Fivebucks is trying to scale up. His Kickstarter hit $1,500 fundraised as of Tuesday, which will go to equipment, storage, and possibly putting a first and last months' rent deposit on farm land, so he can move Catnip Dispensary out of his apartment.

"I'm hoping to grow it into being able to grow a team," says Fivebucks. "There's nothing like that out there for cats."

Catnip isn't FDA approved, though the administration has told Fivebucks to check in with them when he gets his farm going.

As long as the catnip equivalent of the AGCO doesn't come in and botch homemade catnip the way they did legalized weed, prepare your kitty for good vibes only.