Walking down the street in Toronto on any given day, you're sure to spot at least one odd, eyebrow-raising sight that's likely to leave you both amused and confused.

For Adam A., that came in the form of an old school chair covered in molluscs that someone fished out of the Toronto harbour this week.

"I found it at the north-west corner of York and Queen's Quay, just outside the Terminal Building," he told blogTO. "I thought initially that it was a muddy chair, but quickly saw afterward all the shells."

Adam quickly snapped some photos of the mollusc-covered chair and shared it in the WEIRD TORONTO Facebook group, where residents have been debating and joking around about its potential origins ever since. 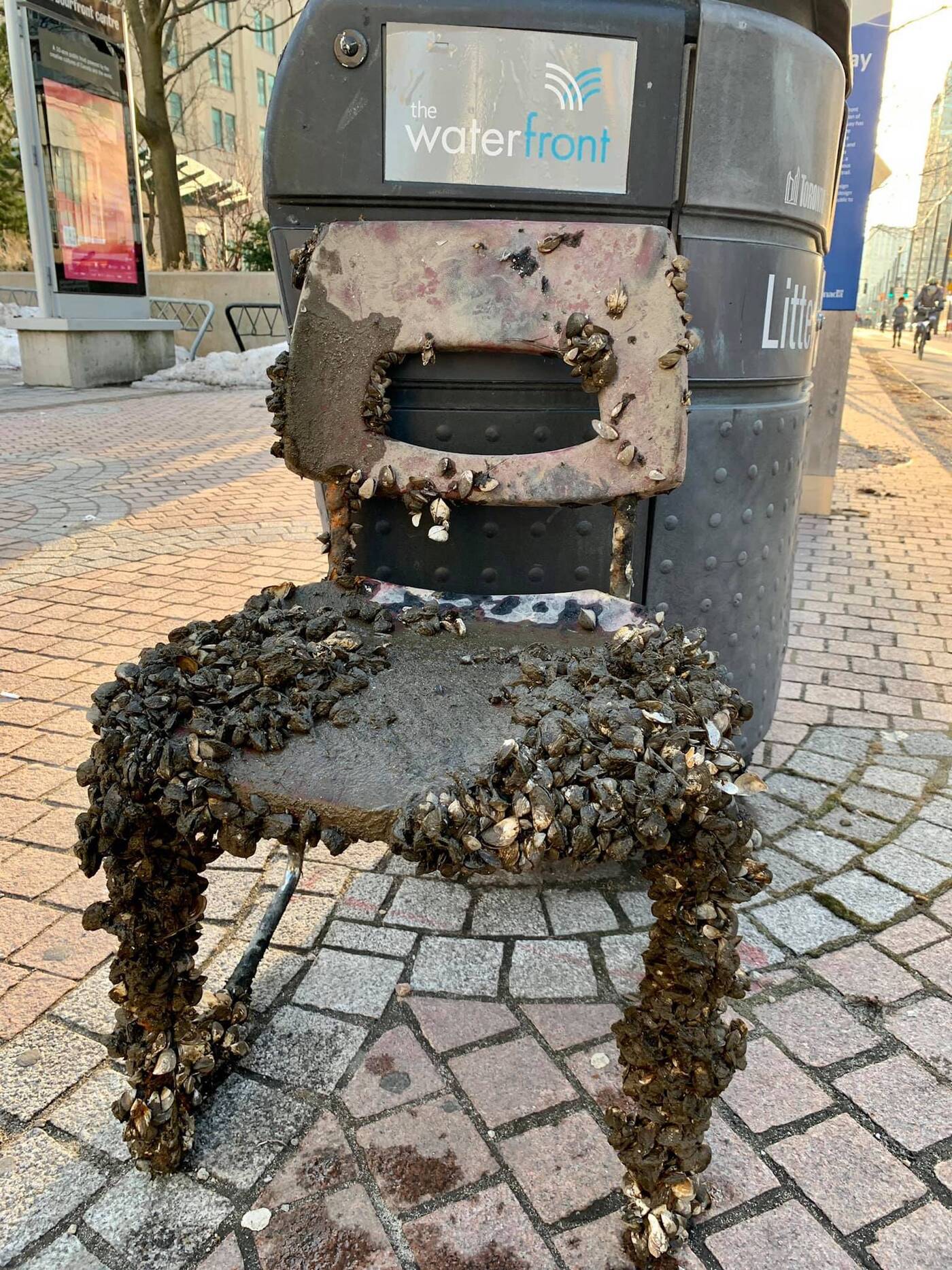 "There are a few folks who come down to the waterfront and use industrial magnets tied to a rope in order to fish out interesting artifacts from the lake," said Adam of how he thinks the chair was removed from the water. 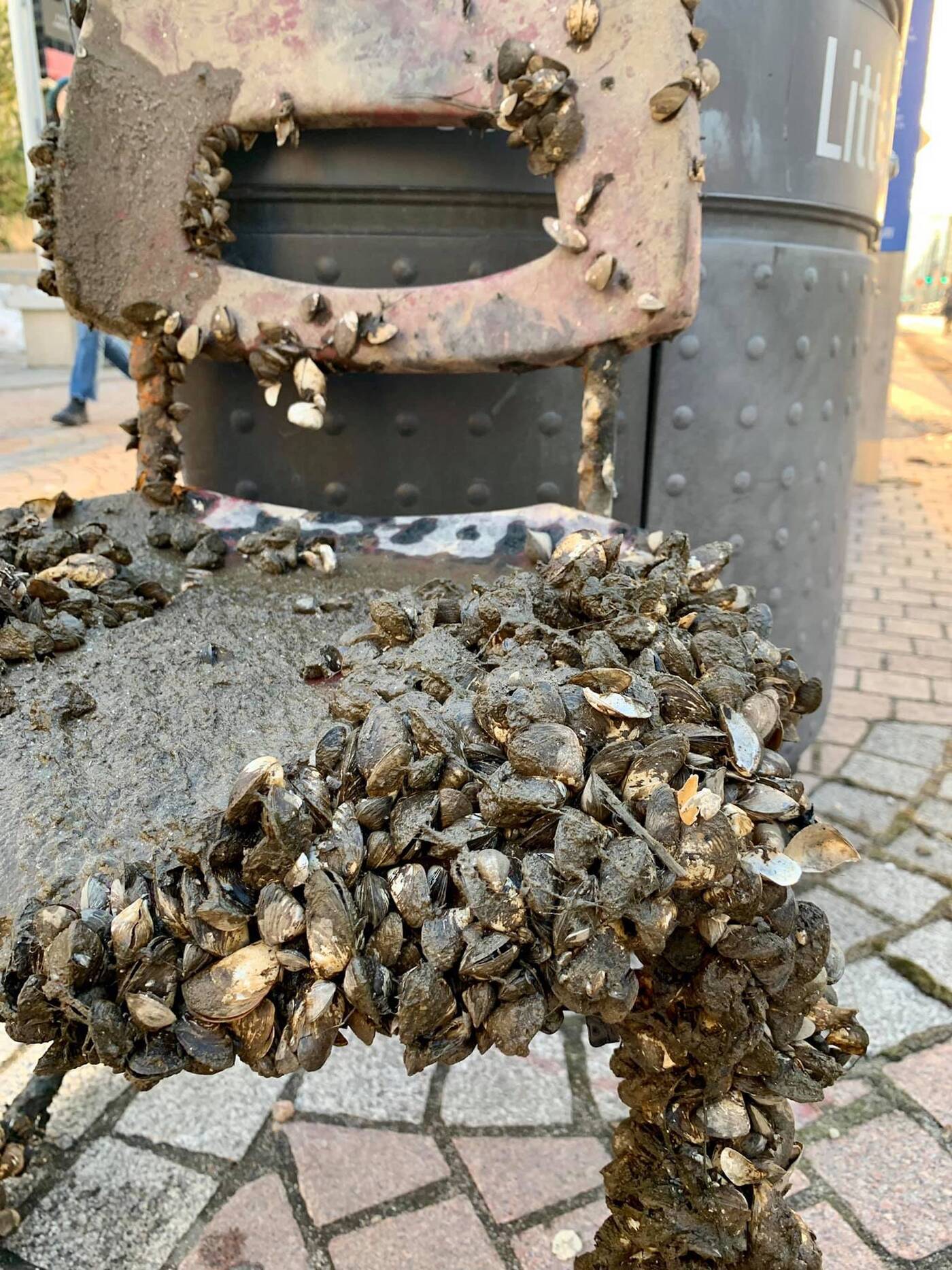 The molluscs covering the old chair appear to be zebra mussels, which are actually considered one of Ontario's most unwanted invasive species.

According to the Nottawasaga Conversation Authority, zebra mussels filter lake water to the point where there is limited food for native filter feeders, so it's imperative to ensure they don't get transported to other bodies of water.

Fortunately, in this case, Adam said the chair and and the zebra mussels that come with it will likely end up in the garbage.

"I left it where it was," he said, "[in order to] allow other people to enjoy it and it will eventually get tossed as it was put beside a city garbage can."

As for how long the chair was sitting at at the bottom of the lake, the mystery remains.

"It looks like the type of orange school chair I used to use back in grade school! So [it's] definitely from the 1970s or 1980s," Adam said. "Who knows how long it's been down there though!"