Though gravesite maintenance may seem like grim work to some, it's a kind of therapy for Marcela Marijosius, who's made it her full-time job after being laid off from the hotel where she worked for nearly 30 years.

She's been beautifying graves on the side for about a decade, but when the hammer fell at the very beginning of the pandemic, she threw herself into it.

"Some people go, 'Ew, why would you want to work in a cemetery?' But honestly, it's the most peaceful, most rewarding thing," Marijosius told blogTO. "It's not any different than going to a park."

After being laid off last March from her role as sales manager at the Westin Toronto Airport hotel, Marijosius began more actively look for clients and updating her website.

She says in some ways, it's a relief.

"It's a high-pressure job when you've got 20 hotels on the airport strip competing for the same business," she says, "and I found that just going and working in the garden really helped me get rid of some of that stress." 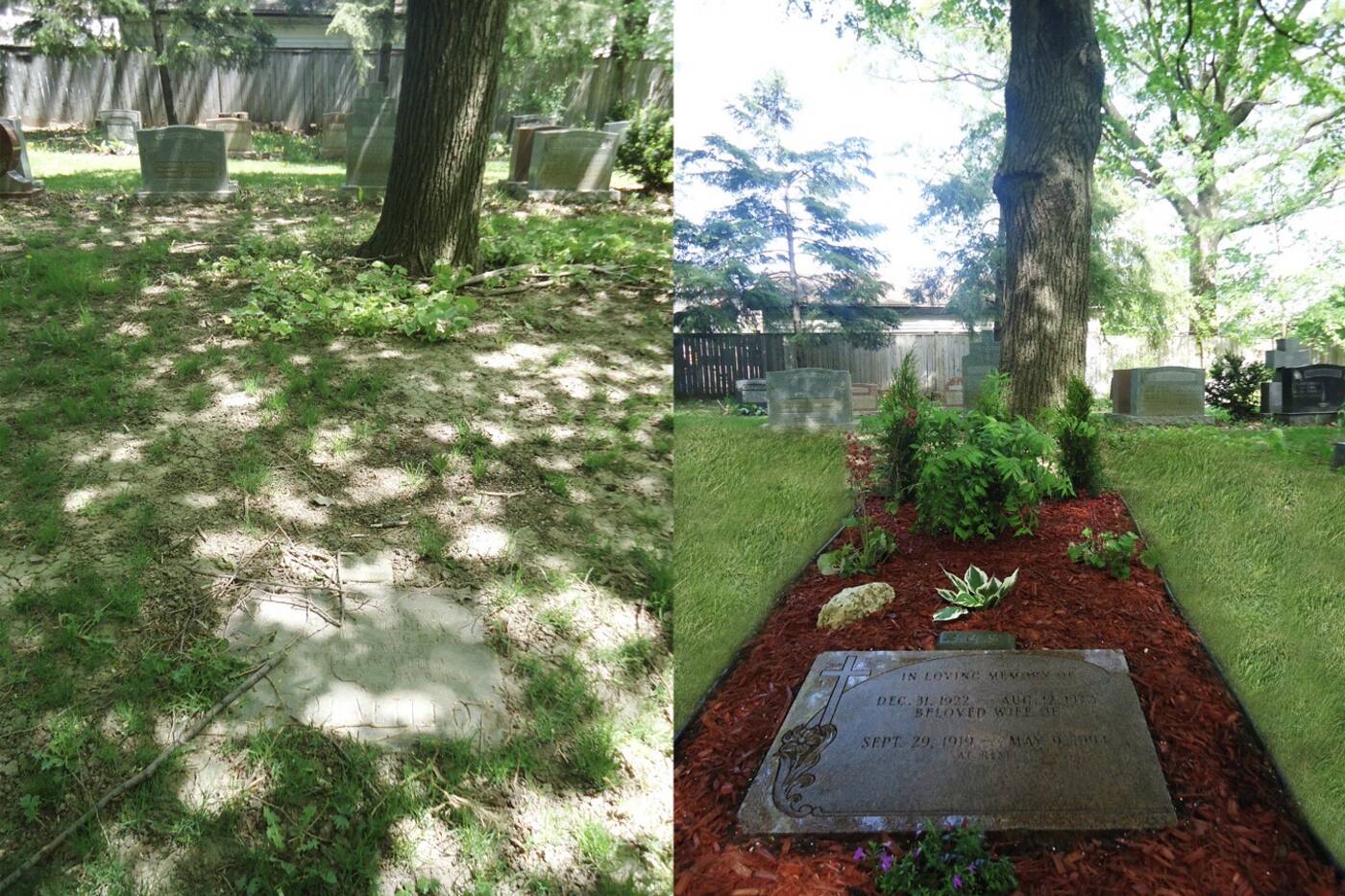 A before and after photo of a gravesite Marijosius worked on.

The idea to start the business came from Marijosius' friend, whom she regularly helped tidy and landscape her husband and mother's plots.

Today, she visits cemeteries all over Toronto, the GTA and farther afield like Oakville, Collingwood, Niagara-on-the-Lake and Barrie with her 29-year-old daughter and 24-year-old son who help with out.

"The people that we help are typically those who live out of town and can't get back to take care of their loved ones," she says. "Or they're elderly who can't actually do the work."

"COVID has really spun things around because people are now working from home and realizing that they can move out of the city and still be remote."

Besides the regular cleaning of the grave marker, weeding and planting, the trio personalize the site based on their clients' requests. 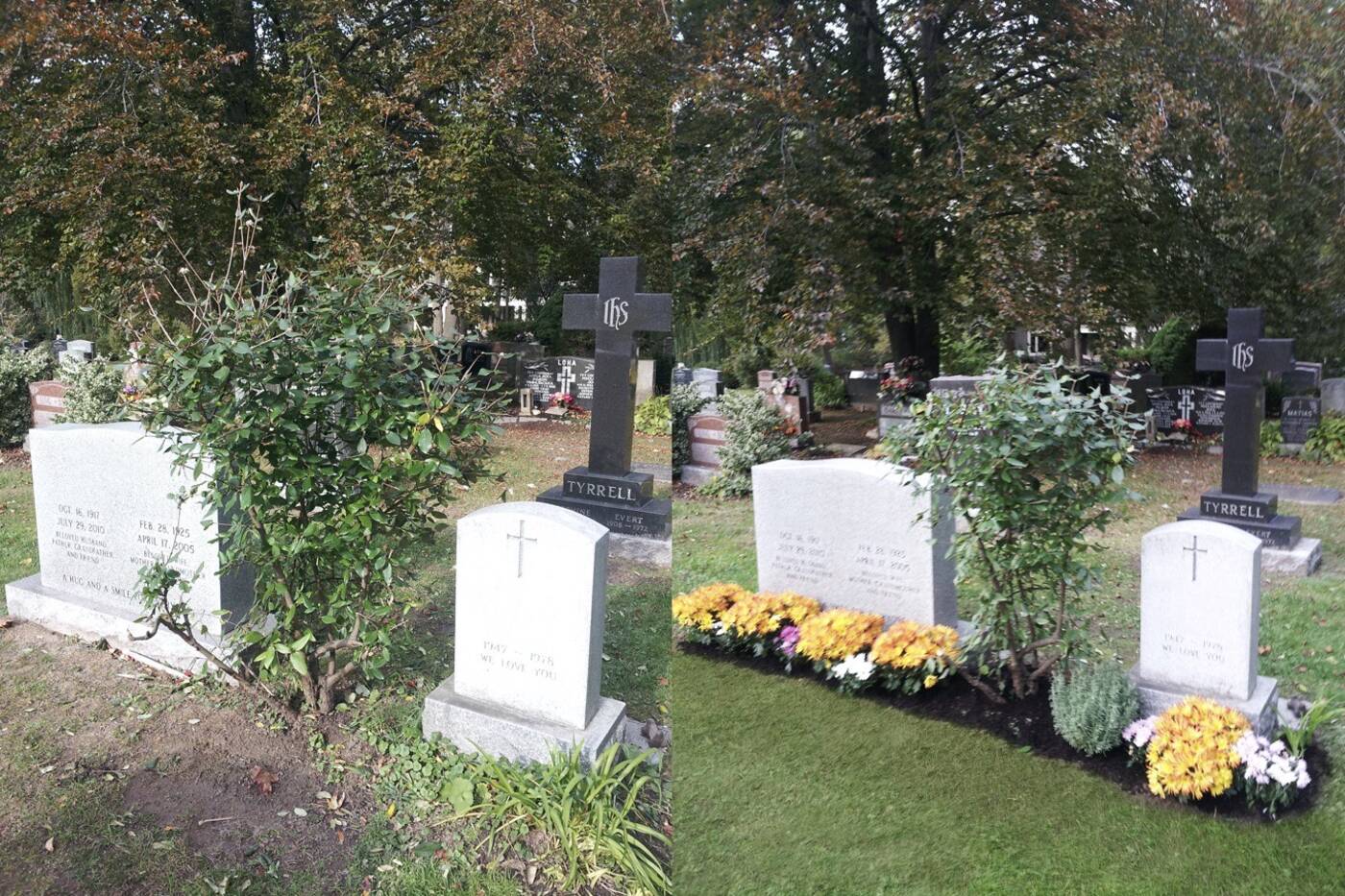 Marijosius has been doing grave care on the side of her hospitality job for over 10 years.

"I have some clients that are Buddhists and they need to have an area to burn incense at the time of grieving so I make special areas for that within the garden," Marijosius says.

"I have [another] client, her father loved to golf, and he only would use certain golf balls so I put in this crystal golf ball holder on the edge of the monument."

Originally from the Czech Republic, where much of her family is buried, Marijosius says her time caring for strangers' gravesites can also be extremely sentimental.

"This is kind of my little secret way of, you know, touching base with my grandmother," she says. "When I'm at the cemetery, I'll say a little prayer."

Although the future of the hospitality industry is uncertain, as is the chance of her being called back once things start up again, Marijosius is content with the way things are going.

"I always said that I can do this when I retire because I can do it always," she says. "Let's say they don't call me back to work, I'll just keep doing this. I don't feel like it's work."