Last week the TTC posted renderings of what the Toronto transit system would look like in 2023 and 2031.

They were definitely a step up from our current subway system but one reddit user has an interesting vision of what the Toronto transit system could look like if they used all the tracks that are currently in the city. 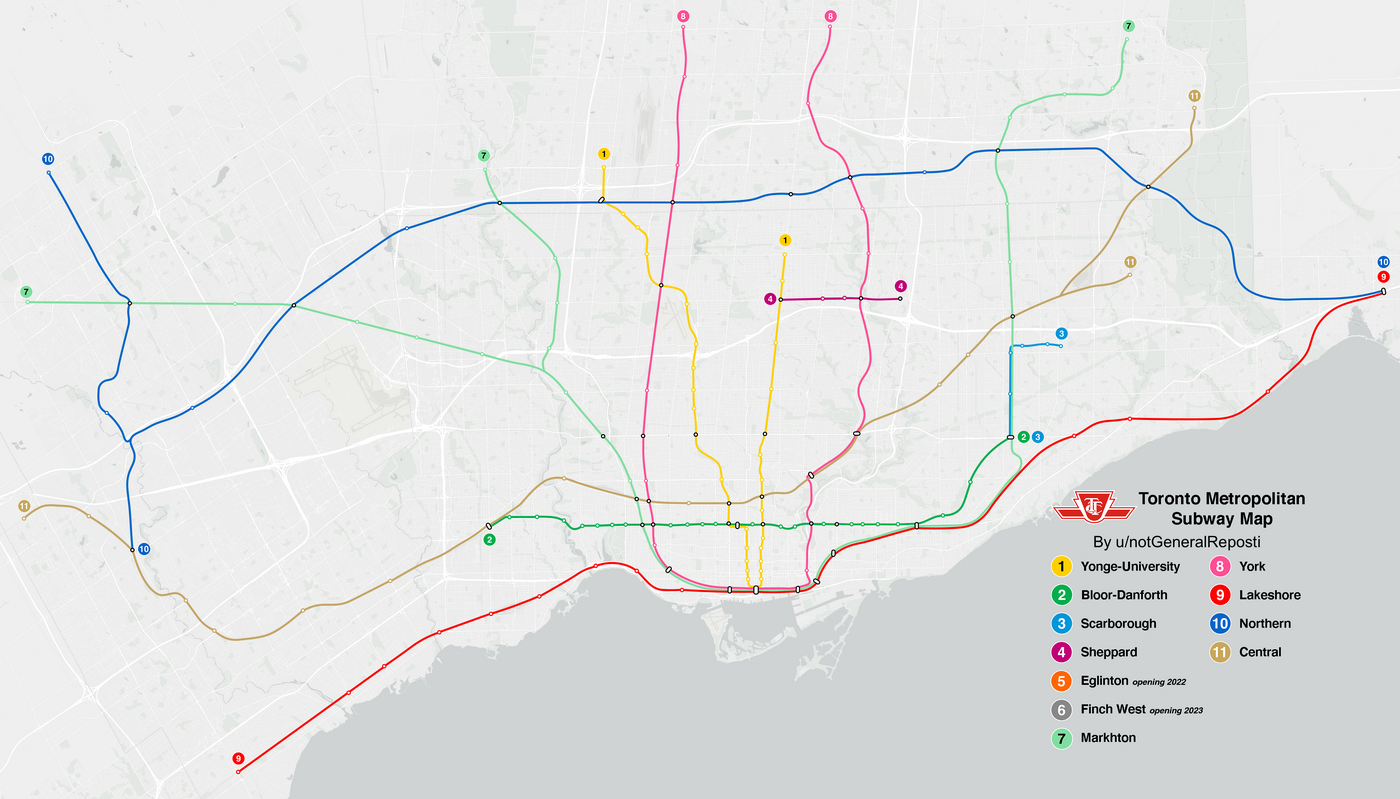 In a post uploaded to the subreddit r/GTAFantasyTransitMaps user u/notGeneralReposti shows what the TTC subway system could look like if all the railway lines around the city were actually rapid transit lines.

Drawing inspiration from transit systems in Seoul, South Korea and London, U.K. the map merges the GTA Go line into TTC lines as well as adds the proposed "Missing Link" in Mississauga.

"In Seoul, the SMS (Seoul Metropolitan Subway) operates both urban metros and regional rail," they explained in a comment. "These lines would run faster than the current subway as their station-spacing is in many cases farther than Lines 1-4, and they will probably use trains similar to the London Overground." 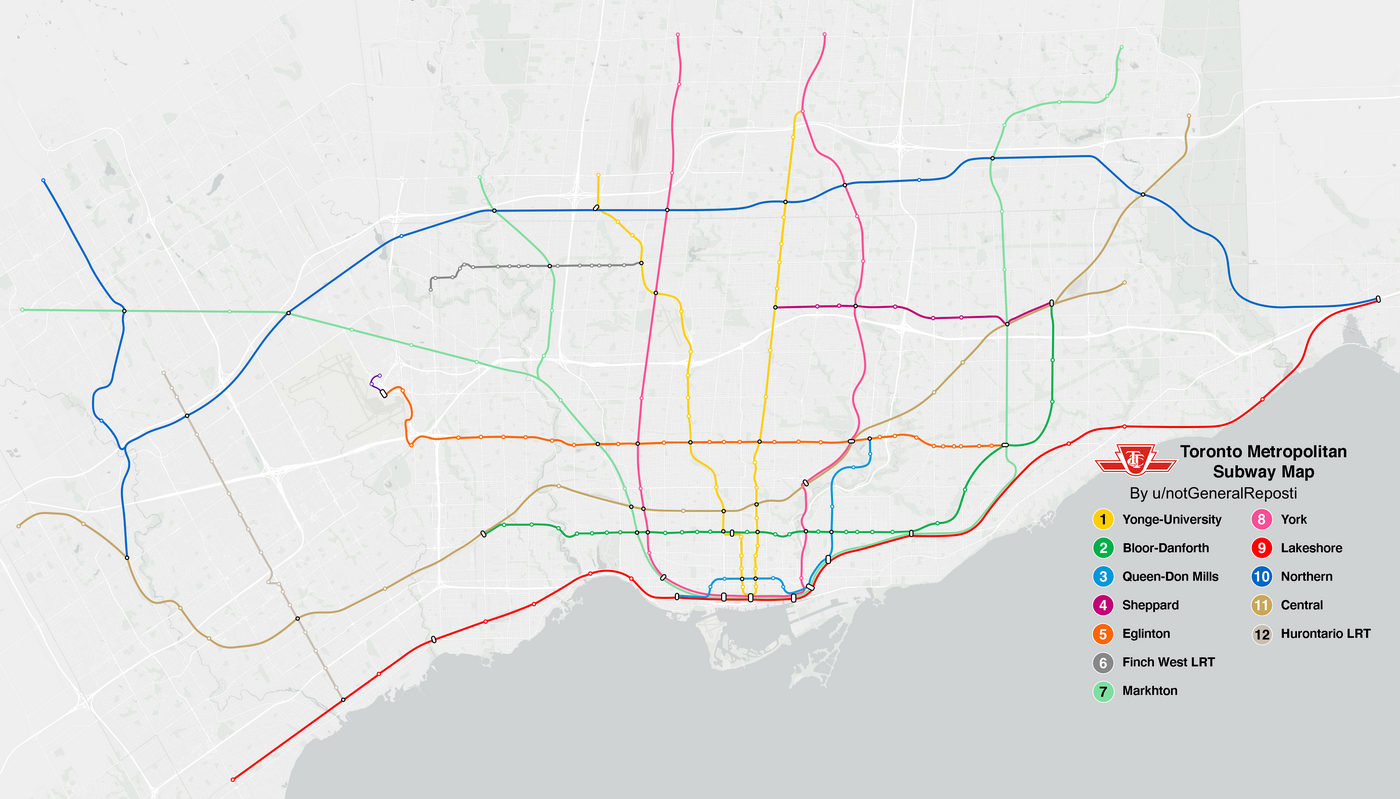 Fantasy TTC map if all railway lines were rapid transit lines including proposed lines for 2031.

The creator also posted a map of what it would look like with the addition of all the proposed lines.

The map, while fantasy, is probably one of the more realistic TTC fantasy maps out there considering most of the tracks already exist.

However, as notGeneralReposti points out in a comment: "Currently many of these corridors are owned by CP and CN who use them for freight and are not happy to share their corridors for public transport. This plan would require either their nationalisation by the federal government or the construction of parallel tracks and right-of-way widening at the taxpayers' expense."

Neither seem likely to happen, but stil it's nice to dream that one day the TTC could take you almost anywhere in the GTA with a simple transfer.