Four kind people in Toronto made it their mission to try and save a baby skunk when they spotted it stuck to ice in the middle of Grenadier Pond in High Park this past weekend.

Azin Heydari was out for a walk with a friend Saturday afternoon when they ran into something out of the ordinary on the trail near the pond.

"I see this girl and she was like, 'Oh my god, oh my god.' We went up to her to see what she was looking at and she said, 'Look.' There was the tiniest little skunk far away on the pond," Heydari told blogTO.

"A guy actually risked it and started walking toward the skunk on the ice. He could've drowned but he went without hesitation and picked up this cute little skunk."

The same pond gave way later that same day resulting in two skaters being trapped out on the ice. 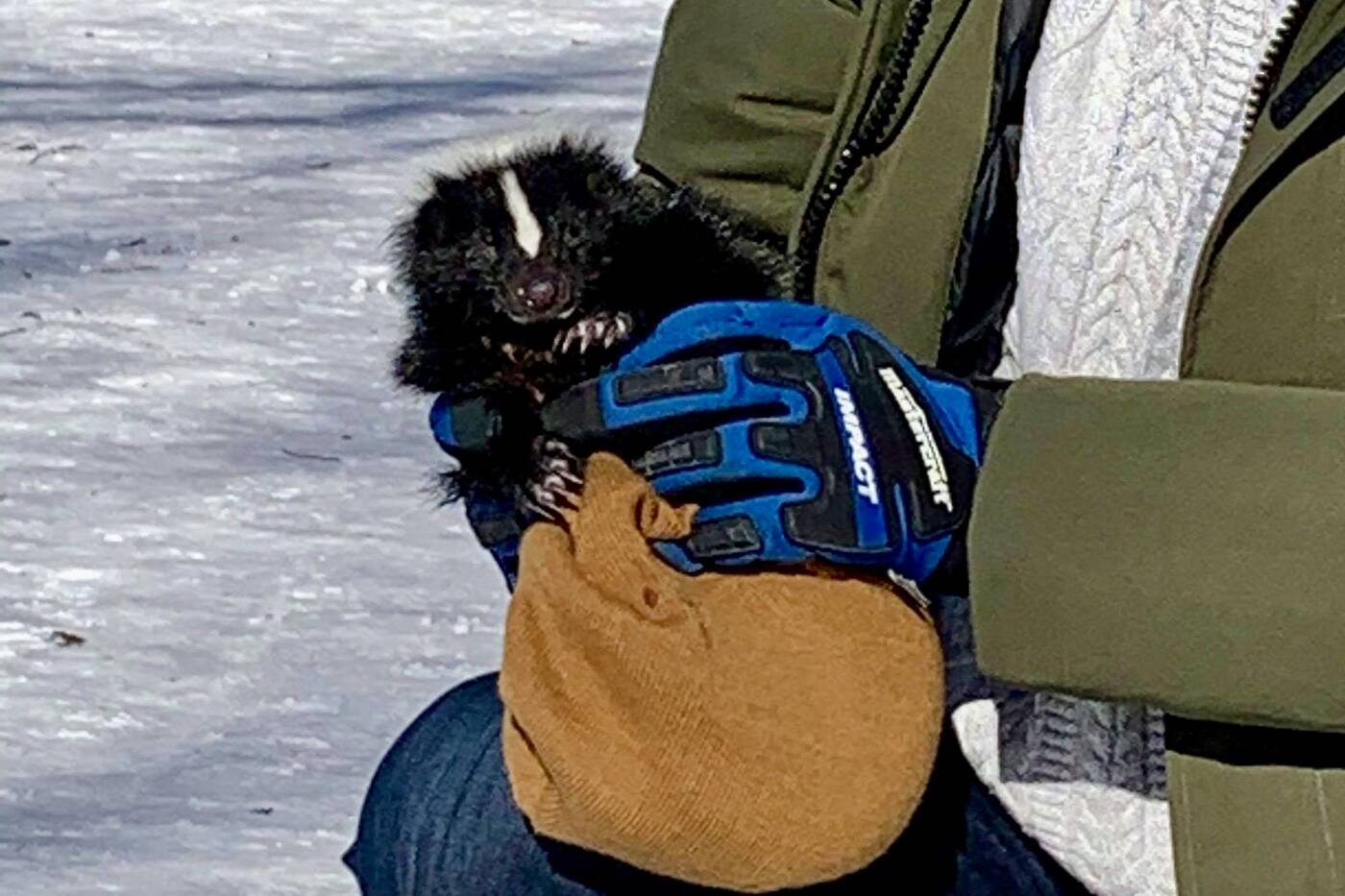 The baby skunk was stuck to ice in the middle of Grenadier Pond in High Park.

Heydari says the skunk's paws were stuck in one section of the ice and had to be pulled in order to be removed.

"He wasn't in a good place for a while, though we don't know how long."

After the man named Will O'Hara brought the skunk over to the side of the trail, Heydari offered her hat to help warm the shivering skunk up while her walking companion ran to their nearby home for more blankets and water.

"He couldn't walk, he was shaking, he looked confused. I contacted 311 and I told them where we were and they said someone will call you from the Toronto Wildlife Centre in the next two hours."

The three of them walked toward the park entrance on Bloor Street, with the skunk now wrapped in Heydari's coat in the man's arms, stopping every so often to let the little guy down when he got antsy.

The Toronto Wildlife Centre came shortly after they arrived at the entrance and let them know that the skunk was suffering from Canine Distemper (CDV).

The fatal virus is quite common in Toronto, especially in the area of High Park, and is incredibly contagious to wild animals and dogs.

"They said they're going to ethically euthanize him. We were upset about that but at the same time happy that he wasn't at least left alone on the pond all night," says Heydari.

Although it comes with a sad ending, Heydari says it was also encouraging to see the lengths others will go to lend a helping hand.

"With the pandemic, it's been really hard to connect to the greater good, but at that moment with these people, especially the guy that went on the ice, it was nice to see how much we all were committed to helping," she says. "I haven't seen that in a while."